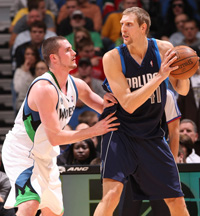 Get on the Gerald Green bandwagon while there's still room.