While we still have some time before the season starts I thought now would be as good a time as any to find out how our Mavericks will match up against their Southwest Division foes.

As the season ended last year the Mavericks found themselves in third place behind the San Antonio Spurs and Houston Rockets and slightly ahead of the New Orleans Hornets, with the Memphis Grizzlies bringing up the rear.

The competition in this division is fierce and with all the upgrades that almost every team in the division have made, this year should be no different. Last year the Mavericks were in spurts as good a team as both the Spurs and Rockets, but could never maintain that level, leading to a lot of turnover in the organization this year.

Do you feel that the Mavericks have done enough to keep up with the rest of the division?

Are the Mavericks still fighting for second behind the Spurs?

Well follow me after the jump and let's see exactly what the Mavericks are up against.

The San Antonio Spurs once again start a new season with another division title hanging from the rafters, and with the moves that they made over the Summer they are primed for yet another run. 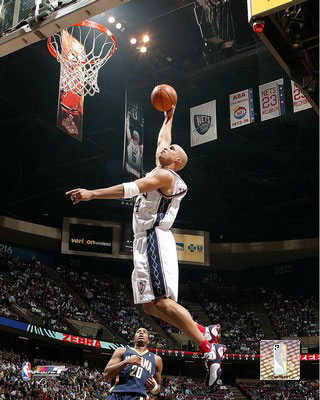 back their big three in Tony Parker, Manu Ginobili, and Tim Duncan. While Tim Duncan has left the best years of his career behind him, he is still one of the leagues best. Tony Parker and Manu Ginobili can by themselves give the Mavericks nightmares!

In the draft the Spurs landed a big bruising forward in DeJuan Blair he will help take alot of the pressure off of Duncan, and between those two they can make life real difficult, not only on the Mavs, but on anyone attempting to get to the basket.

The biggest move of the year for the spurs was the acquisition of high flying wing man Richard Jefferson. Jefferson adds a piece to the Spurs puzzle that they have been missing, explosiveness! No longer can you try to just slow down Manu and Tony and force Duncan to beat you.

This team on paper is deadly, but we all know the game is not played on paper.

If the season started tomorrow this is probably what the lineups would look like... There are two key match ups that the Mavs must take control of against these Spurs.

First Jason Kidd must force Parker into becoming a passer more than a scorer. This is not going to be easy for Kidd, in fact it may be impossible! If Kidd cannot at least slow down Parker's ability to get to the basket the Mavericks will be forced to try and win a shootout, and at this point I do not feel confident enough in their rotation defense to say they can win that type of game with these Spurs.

The Spurs now have a wealth of perimeter shooters that will make things very difficult on the Mavericks. The Mavericks in the past have tried to bring the late double team on the Spurs bigs and if they try this again they best be able to get back to their man quickly. If not the likes of Jefferson, Parker, Ginobili, and Finley will make them pay. In years past the Spurs had Brent Barry, or Bruce Bowen standing in one corner waiting for an open shot. Let's face it neither of those guys has anywhere near the athletic ability to create a shot like Richard Jefferson. 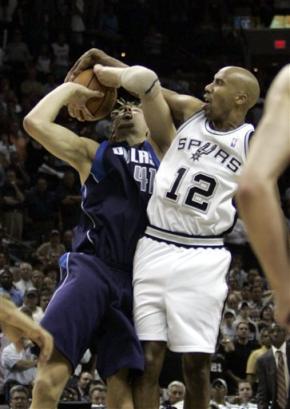 On the flip side of things however the Spurs did have a high price to pay for their offensive upgrades. In order to upgrade it cost them their best (dirtiest) defender, Bruce Bowen. Now while I think the guy is dirty, he was a freaking beast on the defensive end. Not just by his physical play, but by the Jedi mind tricks that he worked to perfection. Most notably on Dirk Nowitzki! There is no doubt the Spurs will miss him! but I can promise you the Mavericks will not miss him.

Can the Mavericks compete with the new look Spurs? Absolutely! The margin for error though has shrunk consider