SMPGQ, Preseason Ed. (The sun was in my eyes, Coach)

Share All sharing options for: SMPGQ, Preseason Ed. (The sun was in my eyes, Coach)

Disclaimer: Until Mavs.com slaps EKS on the wrist and forces him to put the Quotes back up on the site, all Quotes below have to be stolen organized elsewhere. Same for pics.  JC, Hurt Feelings Inc., AP, DB, DMN, ESPN, 29 other Team sites, NBA, Gettys and the rest of the axis of evil free world are probably ripped off below.  Only that NBA.com was wicked enough to disable embedding on their vids....CG.  More Ado below. 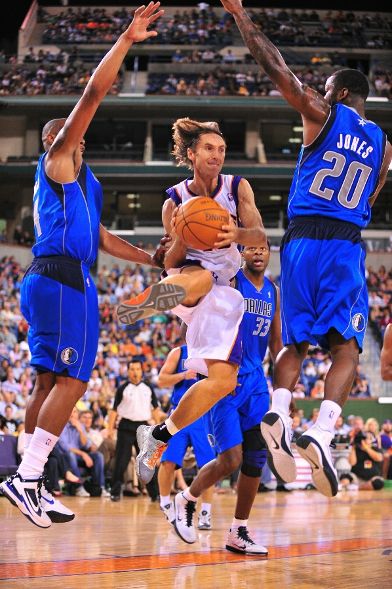 Where have i seen this before?

Disclaimer #2 : Since it's a ripoff, but not allowed to look like one, all Questions are imagined. The answers are probably true, though. 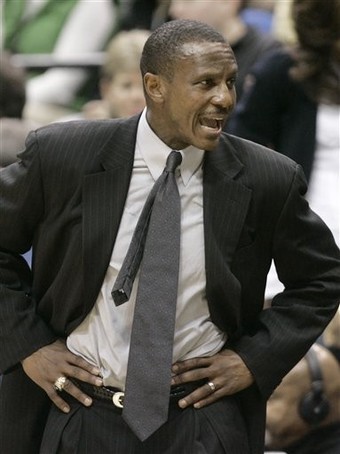 (How about playing outdoors?) "It's an excuse 'The sun was in my eyes, Coach.'  But it's a good experience for our guys. It's not a typical NBA arena, but it's another game. The whole season is filled with distractions, whether it's travel, fatigue, whatever it is. Something is always gonna be a distraction. This is another one that could help us focus and give us some practice on distractions.

(You finally won the first quarter) "One thing that was a positive was our start. I thought we came out first quarter and got a good start. That was our goal going into the game."

(Fine, but your p'n'r defense is still putrid) "Defensively it was a good test for us for our pick and role defense and transition defense. The way Phoenix pushes it, they're extreme. So it was good work for us."

(The obligatory bench-comeback) "It was the kind of effort from the young guys we were looking for coming in. Down the stretch, I really thought 'Lex, Ian, Steve and the young guys really worked well together. [But what do i know?]" 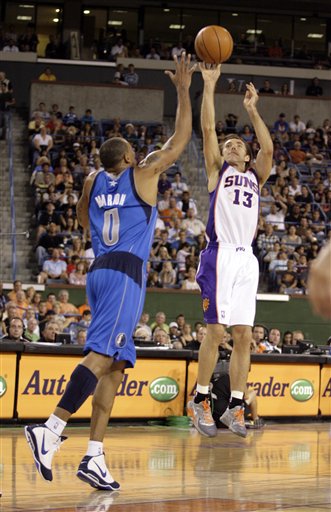 (Congratulations, you made a dunk) "It was real interesting. It’s been about 15 years since I’ve done that. 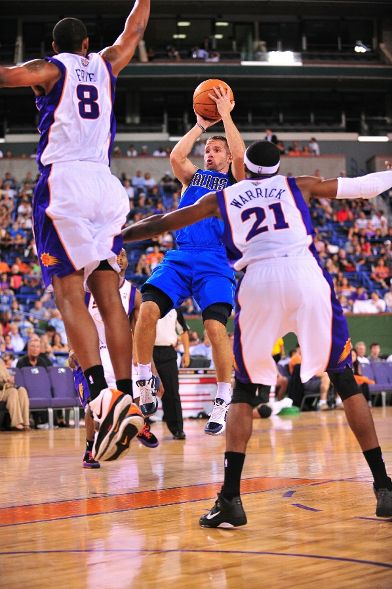 (Why are you the only Mav that likes playing outdoor?) "Back home, we had to play outside all the time. But we didn't have a wood court. We had concrete and dirt and water and weeds. That's all we had. I love playing outside. It was nice and warm, and I've been doing it my whole life." 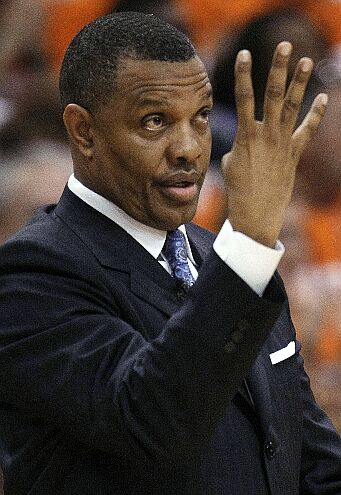 That's what happens when you high-five too much...

(Congratulations on your first preseason win) "I think we needed, not really a win -- to me I think we've got much bigger fish to fry than win a preseason game -- but I think we had to make steps in the right direction. I thought we made steps in the right direction, to me that was the biggest thing. I thought that the first group that was in there – the one that is going to play a lot of minutes for us - did a great job both offensively and defensively."

(Did you feel your team improved after that 50 pts beatdown at Toronto?) "I thought we did a much better job tonight, especially in our defensive execution. I thought our rotations were much better, but we still have got some work to do. The offense I’m not too much worried about. As long as you have Steve Nash, you’re going to score."

(No wind and still below 40% FG) "We’re not shooting it real well, but at the end of the day we’ll be a top 5 team in field goal and three point percentages."

(Hedo still sucks) "I think we needed to play together a little more with Hedo (Turkoglu) out there. We’ve got to get ready to play because it’s not like a typical team where we have everybody coming back, we’re going to have five or six new players on the roster. A couple of those guys are going to be very important so we have to see if we can mesh them in with our guys and get them acclimated."

(On the other hand, you held an opponent below 100) "We did cut down on the turnovers and when you cut down on turnovers you don’t have as many run-outs and you don’t give up as many easy baskets."

(Honestly, does this victory mean anything for you?) “Not really, not unless we get a new car or golf every time we get there. If we get golf for free for a year, then it does. I think they were missing a couple players, I'm not sure. I saw some tall blond guy sitting over there, and he had some short black guy sitting next to him (on the bench). I don't think they really wanted to play. It is what it is. You just have to try to get something out of it, and I think we did.” 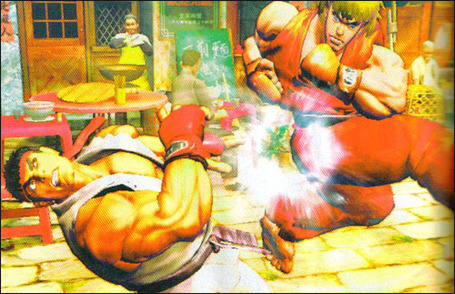