Disclaimer: 1 for 2. Questions are made up, as usual. 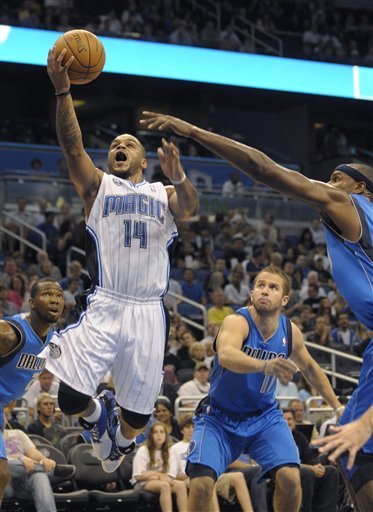 Speaking of Twitter, Dee Brown just revealed his release from the Team. 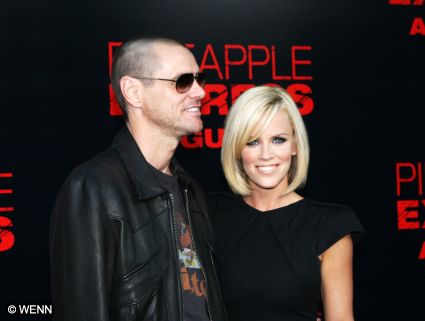 Can the regular season please start? I want to break up with you already...

(Pregame) "We're gonna have a couple of guys that don't play tonight, and we're still looking at the guys that are trying out for the team. We had this mapped out at the beginning of the preseason that certain guys were gonna rest in certain intervals. There is a plan to it and there's a reason for it. The hope is we get through tonight and we'll have everybody available for Houston. We hope to be at full strength then, knock on Big Wood."

(There are rumors that Marcin Gortat let you drive his car while you were recruiting him a year ago..) "We thought we had him signed. I came down here and had a great recruiting trip. He let me drive his car. It could go 220 mph. At one point, he said 'Put the pedal all the way down to the bottom. "

(Postgame Re Magic) "They’re good. They take every game seriously. That’s very clear. They’re a top-two, top-three team in the East for sure. There’s no doubt about it.

(And for you, just another meaningless preseason game loss, huh?) "You can say it’s just exhibition season, but this is meaningful. I take a lot out of it. I see some areas where we did some good things and others where our concentration needs to continue to be better."

(Remember when you spoke of 'Mavericks Defense' ?) "We’ve got to be a team that challenges everything for 48 minutes. There were a few times when we didn’t run back hard enough after a few turnovers and I called timeout. That kind of stuff can’t be in our repertoire. We’ve got to be efficient and we’ve got to challenge every inch out there."

(Your team put up a lot of bricks even though the Magic Arena is already completed) "We’re getting better shots than I think we’re putting up in points scored. Our shotmaking is gonna get better, I don’t have any doubt about that. But the thing that I think is most important for us is that we play efficiently on offense and that we really are persistent defensively."

(Let's say you're standing with your back at an abyss. How would you describe what happend tonight?) "Tonight, we took a couple of steps back. But we’ve got a practice tomorrow, we’ve got another game against Houston on Friday, which is important for us. And the work goes on."

(That's just sad. Cheer me up with something positive about the Rookie) "We'll see, but right now he's in the mix. He's an aggressive player. He has the ability to make good passes on time, on target. He had only one assist; that was my only disappointment with the way be played tonight. [cough JJ cough] 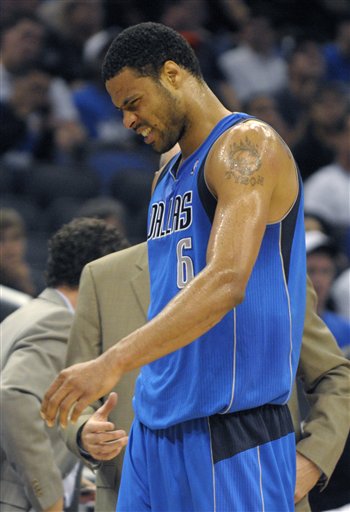 It hurts me, too ... to see you blocking my view. Move along!

(Thumbs up or down on your injury?) "I knew I hurt it, but I just thought I banged it really hard on the rim. And then I looked down and I saw that my thumb was opened up. It will be all right. It'll probably take about a weak to heal."

(Practice. Talk about missing Practice) "It’s disappointing, because I want to be in practices. I want to get this team moving in the right direction…That’s more disappointing than anything." 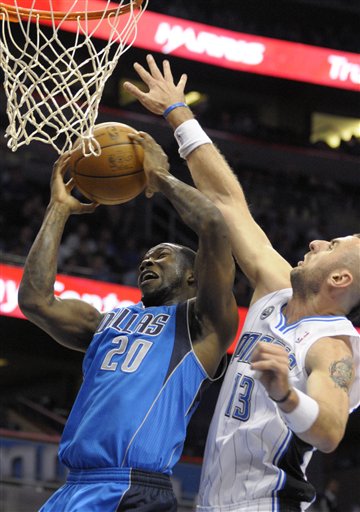 (On homecoming to Florida and having friends and family attend game) "It was fun having people I grew up with and people I knew in college come to the game and see me. It was fun knowing they were there."

(You went head to head against the dead body that is Vinsanity) "I felt like I owed him (Carter). Even though I did not get him as often as he got me, he is a veteran who has been in the league for a long time. He knows a lot and I am just trying to learn and compete with those guys like basically learn how to guard them and play them."

(On rookie experience thus far) "No big surprises. Just things I haven’t experienced. I wouldn’t say anything has caught me off guard because I am ready for everything. I grew up looking at Vince Carter in the slam dunk contest, and now I am out here playing against him. It is just something you have to adjust to and go out there and compete."

(Reaction to draft day trade that sent him to Mavericks) "When I heard they paid $3 million dollars, I knew they really liked me then. I just listened to Coach Carliasle and what Mark Cuban said."

(On how he is being treated as a Rookie) "I just have to carry a bag, carry Jason Terry’s water, but we have great veterans. They make sure that I am learning. It is one big family here." 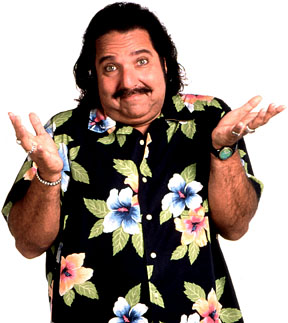 What can i do? These blowouts happen every preseason..

(Quick, explain how you blow out every team, kthxbye!) "The margin of victory and the wins is very deceptive. It's a function of being healthy and a function of the end of our bench is still a bunch of guys who can play.

Everybody's playing a lot of guys, but when we go to 10, 11 and 12, we're still putting out good, veteran NBA players. I mean, you put Malik Allen into the game, it's not the same as putting Ian Mahinmi and Alexis Ajinca into the game. No disrespect, I think those guys are good players, but they don't have anywhere near his level of experience, so you're going to be able to go out and play successfully."