Share All sharing options for: SMPGQ Preseason Game 8 (The Lob)

If the Preseason is any indication of what the Regular Season will bring, the Dallas Mavericks are bound to lose almost every first quarter, get blown out by the Top Teams quite a bit, set a record for Comeback Tries and Wins after being down 20+ Points, inexplicably lose to Teams like Washington or Cleveland at Home, continue to win 2/3 or better of their close games, sport a Point Differential of -3.8 and, of course, prominently feature this guy below.

Let's hope it's not.

To the Quotes of Yesterday's Game against the Bulls. 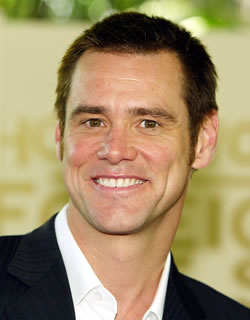 (You won the game) "We are going to have to win games on our smarts, our experience, our resourcefulness and our talent, obviously. I don’t put too much stock in an exhibition win, on the one hand. But on the other hand, we won this game the way we had to win a lot of games the last two years, with grit and know-how and just finding a way. It was just good, old-fashion resourcefulness."

(You lost the first quarter) "The really important thing is we started the game with very good energy. We were not playing necessarily that great, but our energy was really good. Haywood did a great job all night in the lane area on Yao Ming, he was extremely active and it was by far his best game. But we were battling early turnovers."

(The Daily Word on 'Mavericks Defense' ) "We gave up too many threes. Our zone struggled against their shooting ability and they were making it, so that was tough."

(Dirk and Terry stepped up late) "Those guys are our closers and we depend on them. We’ll ride a hot hand like any team will."

(Nice inbounds play at the end) "Efficiency is going to be a big part of our success." 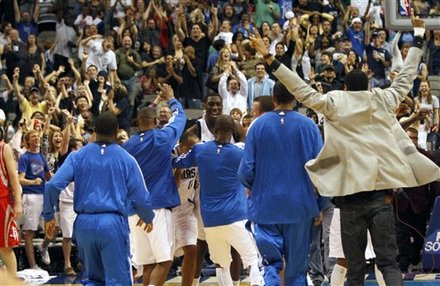 Can you see him, too?

(The Lob) "Coach drew up a great play. Everybody knows the ball is coming to Dirk and once I saw Shawn get around Dirk he was wide open. So my job was to get it over Yao, and he kind of helped the situation because he’s so tall. He made me get the ball up higher than probably normal. So it gave Shawn just enough time to throw the ball in." 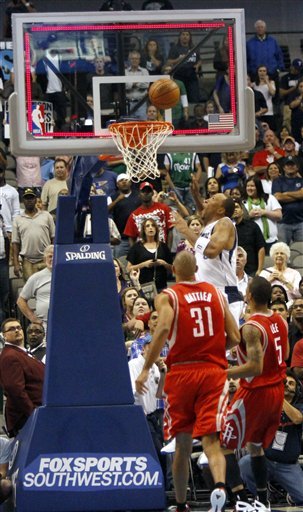 (The Lob over Yao) "Man, that was a perfect pass. I didn’t realize how perfect it was until I looked at it and said, ‘Oh, my gosh!’ It was in the air a long time. But it was fun. It was a fun win." 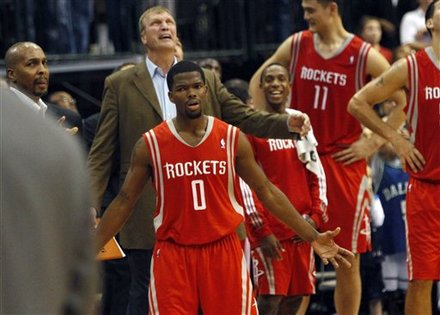 (On the last minutes) "We just stopped executing. I don’t think the ball swung. The aggression wasn’t there. We missed some open shots. There were some blown plays down the stretch. There is a learning experience for us. If this is going to happen, it’s the right time for it to happen. The last three, four minutes, games are won and lost in this league. Execution has to be at a maximum down the stretch. Guys didn’t execute." 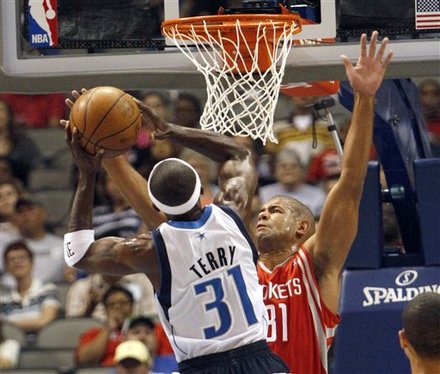 Jason, you shouldn't be able to jump that high anymore.

(On the Lob) "I turned to the left. Shawn Marion came from the right. By the time I turned around, it was too late. I was dead in the water."

(On the fourth quarter) "That was the first time we had some of our main guys play down the stretch and it was a little discouraging. We have to figure out what our go-to sets are, what our best plays are. We had decent shots. But to win in this league, you have to really have to execute and purpose in the last few minutes of a game."

Mavs Preseason 2010 is now officially over.