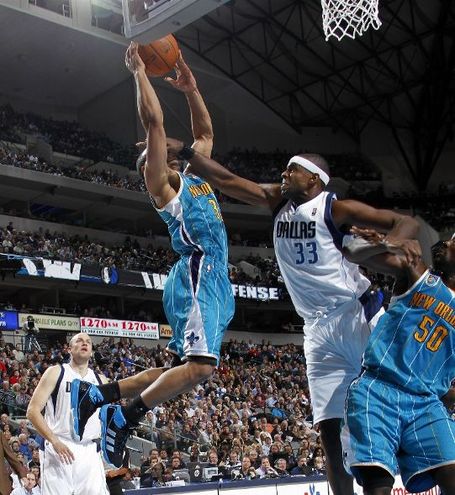 When the #1 and the #3 Defensive Team meet each other, expect some fiery hand-in-the-face action. 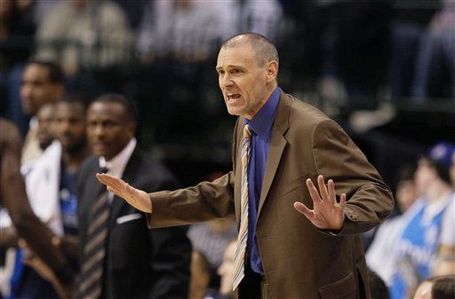 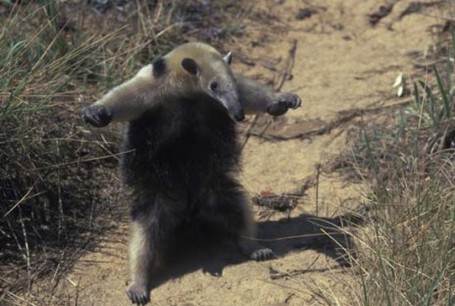 (On the win) "We escaped. We were fortunate to win because they certainly played well and we didn’t play our best. The game was won on guts."

(On trailing quite some time) "We struggled. They made us struggle. They were playing well and we shot ourselves in the foot a few times. But when it came down to it, we hung in and gave ourselves a chance. We had some guys really bounce back in the second half. Jet had a rough shooting first half, but he just fired some more up stayed with it."

(On the Hornets play) "There was some frustrating stretches, because they really defend well. They are a pinpoint offensive team and they were making shots."

(On CP3) "The thing with Paul is that he can really create just about anything almost on his own. And so, we had to really pick up our level of attention to detail on him in the second half. Our big guys were out chasing him around and we were double-teaming him some - doing several different coverages just because he can adjust to anything that you’re doing. He was still making plays to guys who were hitting shots and it was really difficult. The fact that he didn’t score was big."

(On the late linuep of Kidd, Terry, JJB + Dirk and Tyson) "We were searching for a group that could get something going…And we just couldn’t get any momentum. So, look, it was an attempt to get more playmaking in the game, get more penetration in the game. The group that finished did a great job because it was a very difficult and challenging game, and we really had to pitch a shutout the last five minutes to win."

(On the threepoint-shooting) "Jason Kidd hit a couple. JET hit a couple. Barea was making good things happen. Dirk’s 3 was critical, because that tied the game. And yet, we get the lead by three and Ariza steps up and hits a 3 right back. It is just one of those nights where you have to keep battling and keep battling to give yourself a chance."

(Is your team beginning to like playing defense?) "Ask the players. If the answer is yes, then we're making some real progress. If the answer is something else, then we have to take a hard look at where we're at. But I think that our guys realize that hard, consistent defense and staying with a system is the most important part of our success.''

(And your viewpoint?) "We identify defense as the No. 1 variable to us being a true contending team. And coming into tonight we were third in the league in points per possession. That's progress.'' 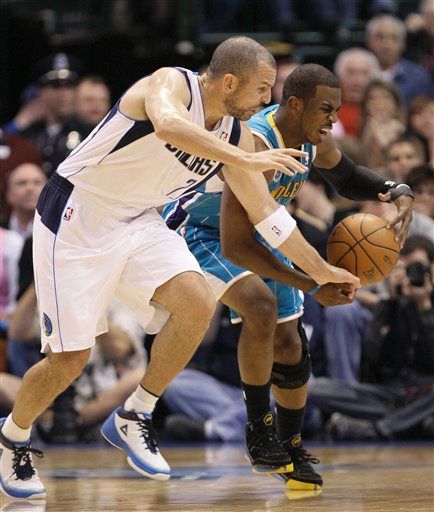 Hand in Hand, Paul and Kidd practice their various Game-faces.

(On winning the game) "We got some stops when we needed them. They were undefeated for a reason. So, it was big for us to get stops at key times."

(On the Mavericks' shooting) "At some point, it's going to open up. I've learned from the guys who shoot the ball a lot, like Jet, you got to keep firing it. Just keep letting it go."

(On Three-guard lineup) "Something's going to give. We did that last year, too. Whenever we get in a rut or something, we go with the smaller group. And that's fine."

(On the home-and-home) "We start the week off on the right note. This is the second time. So, hopefully we can keep that record on the road undefeated and find a way to win in a tough place." 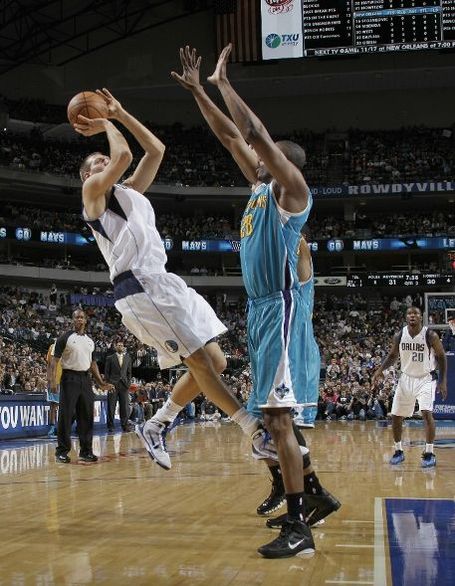 (On the game) "It’s definitely a big win. We really battled back there. I’m really proud of how the team responded when we were down in the fourth."

(On the 3-guard lineup) "That lineup won us a lot of games last year. We just lost a lot of games with that lineup because our other big was ....not Tyson Chandler. Obviously we're giving up a lot of size, but Kidd is the guy that makes it work because he can get away at playing at the 3-spot. He's a big guard and he's physical. He was battling his butt off, posting guys, rebounding, he's the guy that makes it work."

(On Barea) "J.J.'s been phenomenal the last week or so, really confident again, making plays for himself in the paint. And Jet, obviously, is himself."

(On going 7-12 from the field but missing THREE Freethrows) "That's not gonna cut it."

Caron 'Sitting out for the team' Butler 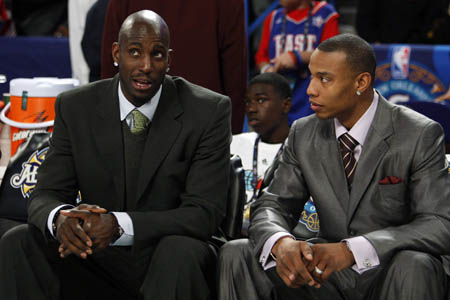 "Personally, i felt that he could've had a more whimsical response, but that's just me, Caron."

(On not playing after practice) "It's just precautionary. If this was a playoff game, I'd be out there bricking long stepback jumpers left and right. There's just no need to rush it. Wait, i am in a contract year, right? I'm PLAYING THE NEXT GAME!"

Rodrigue 'for sure' Beaubois

(On his foot) "It's looking better actually, that's why I'm out of the boot. The foot is still not ready yet. I still have to wait a couple of more weeks. But for sure, it's a big step to be out of the boot, because I was kind of tired of wearing it. It's a good thing but I still need more time."

(On what to do in the meantime) "It's gonna be spot shooting and the same thing I was doing with the boot, but without it, for at least the first 10 days. And then we'll see when I'll be able to do more...Right now, I can just ride the bike, and I have to do it every day to stay in shape." 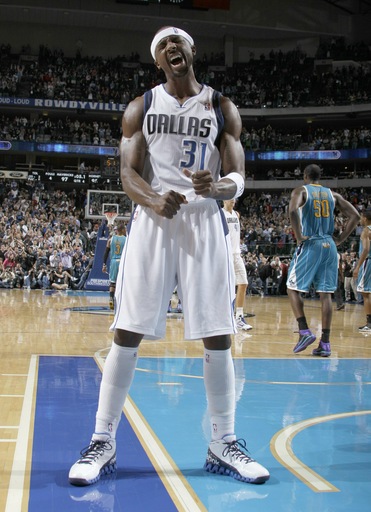 (On the game) "It was really intense with the Hornets coming in 8-0. …  "Defensively we picked it up. The last three minutes I was thinking, ‘Whatever team gets stops is going to win this game.’"

(Jason Terry and Stops? Come again?)  "Alright, For three minutes at the end of the game, we just said 'Who wants it more?' and we were that team tonight. Better?"

(On cropdusting in the 1st half) "I was missing wide-open shots, ones that I practice. I'm a shooter, I'm going to keep shooting."

(On the 3-guard lineup) "It puts an additional ballhandler out on the floor and now we're unpredictable, playing in the flow. And J.J. did an excellent job of penetrating, breaking down the defense and kicking it to us for open 3's and it paid off for us."

(On the home-and-home) "It's special because it's like a mini-playoff series. And we held serve by winning at home, and now we go on the road. That's kind of fun, this early in the season to have something like that." 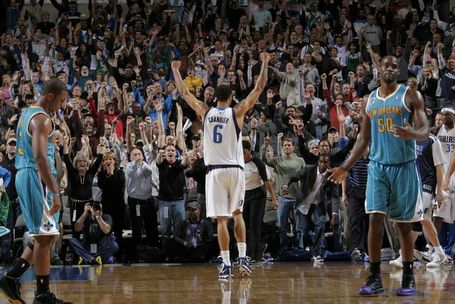 The old and new tic-tac-toe-champion.

(Pregame, on the Hornets) "They're actually deeper than when I played there. They've got some athletic wings. That's what we lacked when I was there, athletics wings that can get out, take some pressure off Chris, handle the ball well and move side-to-side well defensively."

(On the win) "It feels great. It was definitely a hard-fought game…It’s definitely a big win for us. The aggressor is always gonna get the benefit of the doubt. In the last part of the game, we were the aggressors, and that’s why we were about to come away with the shots and the big plays." 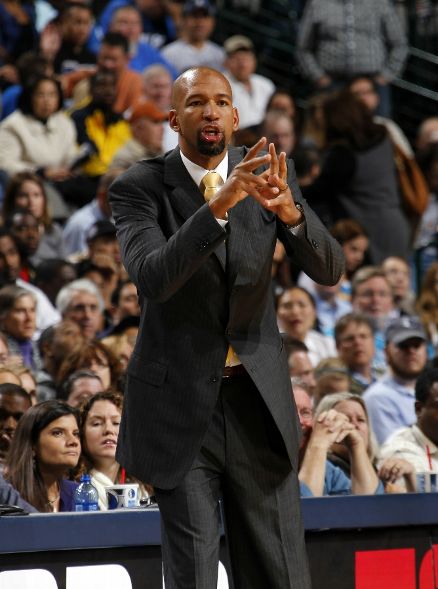 You want a play-call? Try this one!

(Both teams played hard, right?) "I thought our guys played hard tonight, as we always do, we just didn’t have the execution down the stretch."

(On Chris Paul's 2nd half) "Well, that's the game, I wouldn't say it was anything on him. The guy drops 20 on you, you're going to make some adjustments. There was nothing wrong with him, he just didn't get the looks he had in the first half." 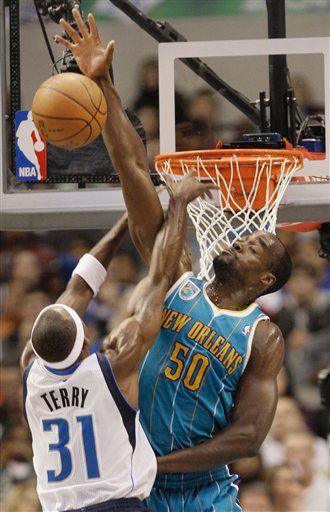 "This whole 'hangtime'-thing is getting annoying..."

(On the coaching coming into the game) "We’re well-prepared. The coaching staff has done a great job. Practices are very structured and very organized, very efficient. Our minds are fresh, our legs are fresh and we accomplish a lot there. There is a lot of emphasis placed on defense. Just can't win 'em all." 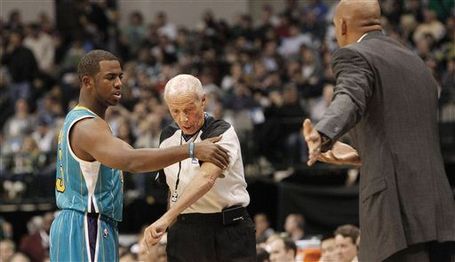 Bavetta: "A giant spider! Right there! I had to blow the whistle!"

Williams: "Beaches! What are you doing over there!? You're ruining my perfect coaching record!"

(On foul trouble) "You can't do nothing on the bench. That's my fault. I felt like the fouls were here or there, that's my fault, I can't expect the refs to not call it."

(On the Hornets season so far) "It's been real enjoyable. Just the fact that I'm back playing. Sitting out 37 games last season was real hard for me."

(On the Offseason and rumors of him pulling a Melo) "Like I've said, this was a crazy summer. But I tell people all the time that I wasn't thinking this summer about all the rumors and stuff. I'm still a work in progress, but I'm just glad that I can play. There were times this summer where I was like, 'Man, is my knee ever going to let me play basketball again?' That's what I was worried about. I wasn't worried about the rumors."

Assist of the Night (had to be in this game)

Not the Assist of the Night. (Thanks Tyson!)

Disclaimer: If you couldn't tell by now, all italic sentences are made up thoughts, not actual quotes. Also, if recent home-and-home history is any indication, expect the Mavs to lose in 'nawleans' by 10+ points.