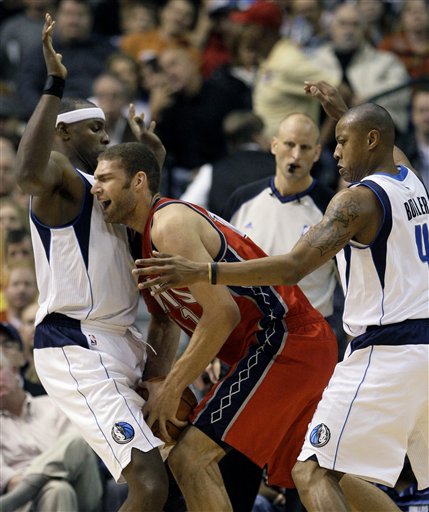 The Mavs (beat/lost to) [the New Jersey Nets]¹ tonight (thanks to/despite) Dirk’s awesomeness. The (cloud in the silver lining/major culprit) once more was the lack of support from his team-mates, with the exception of Tyson Chandler/Jason Kidd². Especially useless was Jason Terry/Caron Butler/J.J. Barea/Shawn Marion/Brendan Haywood/Brian Cardinal/Steve Novak³ and it is (GUESS WHAT) THEY’RE ALMOST NOT ALL USELESS.

³ Two at the minimum, up to all five six seven of them. Keep reaching deeper into the DNP's... 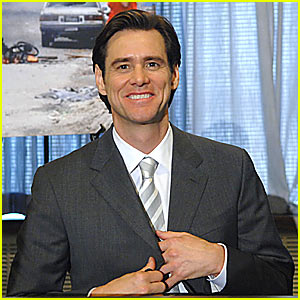 (On the Game) "It was not an easy game, we know that. New Jersey is a real persistent team, but I felt that once the ball went up it was a basketball game and we did what we had to do. They counted on the Mavs to be passive. They counted wrong."

(On the Nets) "The Nets hung in. They played hard and kept grinding. We did the same and were able to get the win."

(On the win) "I'm very happy we won. As I said, it wasn't an easy game and when you're on a streak you're going to get everybody's best game. Right now it's all about continuing to study ourselves and making sure we know what's going on with the next opponent coming in."

(On JJB) "Barea has a very good floor game. If we could, I wanted to try to get Jason Kidd a light night on minutes, and Jet and J.J. allowed us to do that. That was a plus."

(On Terry's Defense so far) "Terry's had a great year defensively. Last year, when we were good before mid-December, he was one of the guys who led us in that direction. And when we struggled, he was one of the guys that struggled. This year, he's been very consistent. He's made it a priority from a concentration standpoint and an understanding of how important it is to our success. When he's active defensively and playing the way he can within the system, it lifts the other guys up. And Dirk's had a good defensive year, too. It starts with your better players."

(On Utah next) "Now we are headed into another tough game Saturday against Utah. And we have to be prepped for that tomorrow and be ready." 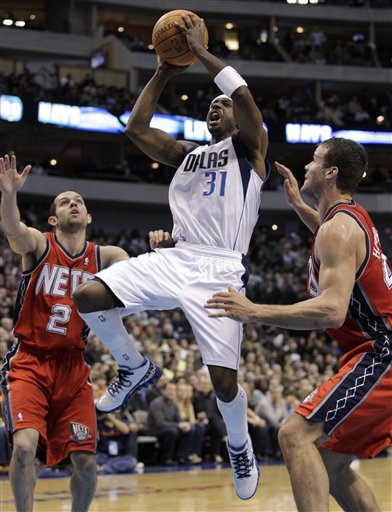 "The Agony of touch fouls."

(On the Nets cutting the 21pt-lead down to 5) "That’s a tough team - an Avery Johnson-coached ball club. They’re not gonna give up." 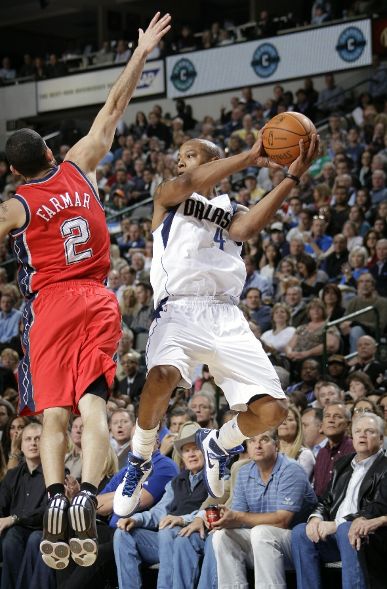 (On 31 Assists as a Team) "It's the way our season's been going. It's the identity of our team, making the extra pass and playing unselfish basketball. We're doing a great job, and it's rubbing off on everybody."

(On the win-streak) "Well, give credit to the defense. That's something we've honed in on since training camp. And we're doing a great job of capitalizing on playing home games and winning home games." 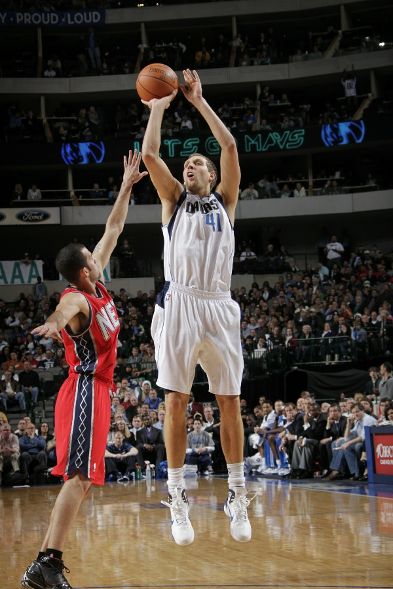 "Jordan, you're funny. Not as funny as JJ, though."

(On Johnson's return) "We had a job to do and that’s win the game. It was good to see Johnson out there, but that’s about it."

(On his solid shooting lately) "I’m just not forcing much. Sometimes in the past, we were force-feeding it to me and I had to make stuff happen. I’m just letting the other guys do their things. And when it’s open, I’m going to shoot it. I understand there will be some nights when I got to do a little more. But in this streak, it’s been great. Everybody’s been playing well.’’

(On the Game) "I actually think we made it hard on ourselves in the second half. But at this point we'll take a win and get ready for a big game Saturday." 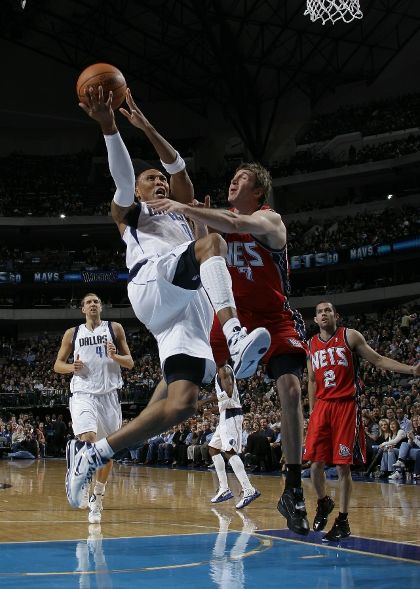 (On 31 Assists) "It's great ball movement, that's what we need. The more we move the ball and and help each other, the harder it is for the opponent to guard us. You've got to learn from every game, take positives and negatives from it. But ain't nobody going to go out and play a perfect game, but you have to learn from it and try not to make certain things happen and try to build off it."

(On the teamwide spread of wealth) "It was good. When the ball is moving like that, everybody gets rewarded. And I think everybody had a good game tonight, from top to bottom."

(On some much needed Hyperbole after a Win over the Nets) "Everybody contributed heavily to this, and that’s the sign of a great team." 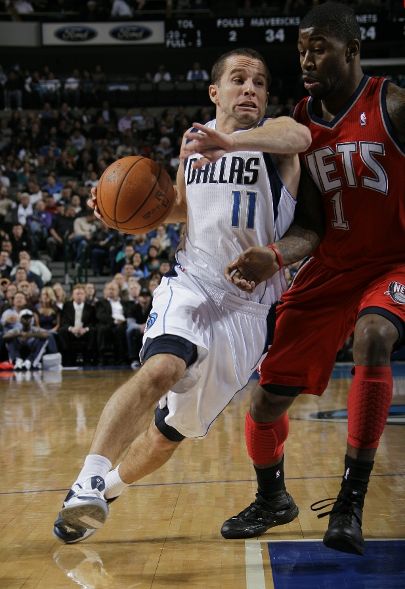 "How to lose your car keys."

(On Avery Johnson's return) "He was the guy that gave me a chance to be in the NBA. He showed me a lot my first two years here, so it's always special."

(On No-look passes to Mahinmi) "I saw it all the way. I just looked at Dirk so everybody would go that way. Then Mahinmi was wide-open.’’

(On him moving the ball) "It worked out tonight. I was attacking and my teammates were making open shots. So, it was a good night."

(On having Kidd sit the whole fourth quarter) "We need all of these we can get. And by we, i mean me, myself and I." 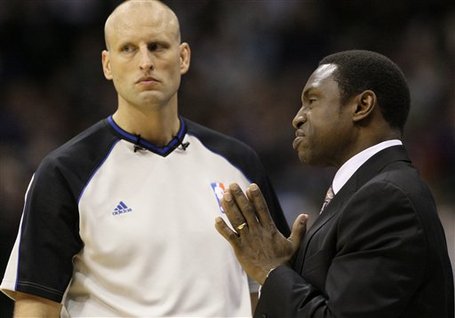 "I'LL MAKE YOU AN OFFER YOU CAN'T REFUSE!"

(On the Mavs) "They are tough. They are tough. Just when you think you got them, you know Dirk will hit a big shot. We got it to about seven, eight or nine there and then Dirk pops a 3 on us. Just a veteran team. They know what to do. They mix in their man defense, they go to a zone a little bit and throw that curve ball on you. They do a nice job and they got a lot of big guys inside now."

(On his return to Dallas) "It was pretty emotional. A lot of friends and family are here tonight that I am going to visit with here in a second. But it was good seeing some of the guys. I had a chance to visit with Mark after the game and a lot of people that meant a lot to me both as a player and a coach."

(On his team) "I thought Anthony Morrow shot the ball really well, but for our team to win, we have to have everybody playing good. We can't shoot 41 percent as a team and expect to beat a championship caliber team like the Mavericks." 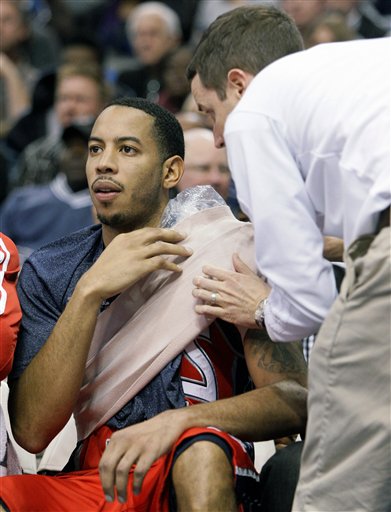 "You sure you don't want a wheelchair? -  Naaw, bring me some milk instead!"

(On his shoulder) "It doesn't feel good. It's the one part of the body I wish I didn't hit was the left shoulder. It was just a tough play. I kind of used him to brace myself up to get the ball, but he wasn't there to break my fall, fell kind of hard. I was going to try and give it a go, but coach thought otherwise."

(On returning to Dallas with Avery) "It was most frustrating coming back to where I played and I couldn't finish the game."

Barea's 13 assists were the most in one game by a Mavericks substitute since Derek Harper's baker's dozen in 22 minutes on Feb. 27, 1987.

Hoopdata Boxscore (Simple Story: The Nets are not good at hitting jumpers)

Disclaimer: If you couldn't tell by now, all italic sentences are made up thoughts, not actual quotes. Also, Tyson Chandler gets outplayed by Haywood? Tsts. Furthermore, is Iggy worth braking your back? As soon as Alan Smithee directs some Ron Jeremy movies. For sure.