Share All sharing options for: PGQ Game 19 "One of those Nights" € 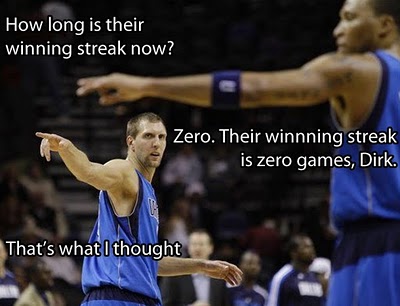 The Mavs (beat/lost to) [the Utah Jazz]¹ tonight (thanks to/despite) Dirk’s awesomeness. The (cloud in the silver lining/major culprit) once more was the lack of support from his team-mates, with the exception of Tyson Chandler/Jason Kidd². Especially useless was Jason Terry/Caron Butler/J.J. Barea/Shawn Marion/Brendan Haywood/Steve Novak³ and it is (GUESS WHAT) THEY’RE ALMOST NOT ALL USELESS.

³ Two at the minimum, up to all five six of them. Keep reaching deeper... 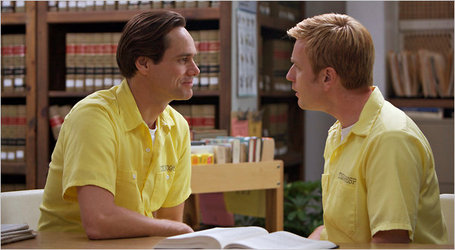 "I think i found a way to play zone for 48 minutes - but it involves a certain smallish guy....why are you looking  so happy?"

(On the Mavs bench outscoring the Jazz Bench 34-23 ) "Our bench has really given us a lot, and we were able to strike a balance tonight."

(On the KEY, the Secret) "The whole key was we kept getting stops. The stops fueled a lot of good things offensively."

(On trying to keep KIDDIRK's minutes down) "It's a luxury when it happens. We'll take advantage of it whenever we can, but there are no guarantees. We're coming off a couple games when we had that luxury. But it may be a while before we have it again."

(On playing Sacto less than 24 hours after Utah) "It's a great win for us tonight, but we don't have much time to relax. We got to go to Sacramento and play tomorrow." 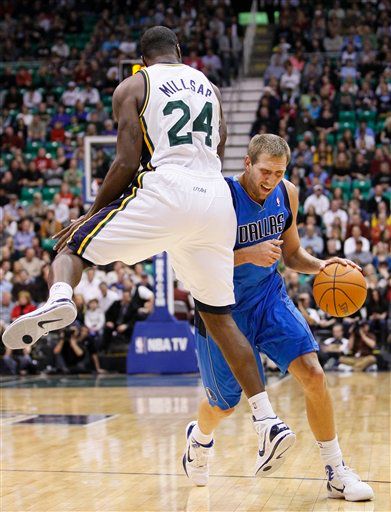 (On the game) "We did a good job today defensively, holding them under 40 percent in their own building. All the credit goes to our defense. We mixed it up between man-to-man and zone and got the stops when we needed to."

(On Depth) "We're definitely the deepest team I've ever been on in my 12 years. We've got guys coming off the bench that could start on a lot of teams. We've got a lot of guys that can put the ball in the hole."

(On Threevenson) "D-Steve has been shooting it great, and he's always tough defensively. He's been great out there." 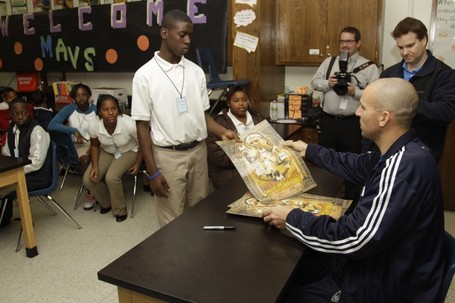 (On the 2nd half of the Game) "We were able to get some energy and come out and play aggressively in the third."

(On his matchup with Williams) "It's not a matchup; he wins that. I'm just happy to have a uniform and play. He's a talented point guard and one of the best in the league right now, so we just tried to make it tough on him."

(On the the benchplay) "I thought the guys that were in there in the fourth quarter did a wonderful job of getting the lead and building a lead. They got stops, went down on the other end and scored and gave some of us some time off. It was kind of nice not to have to play the fourth." 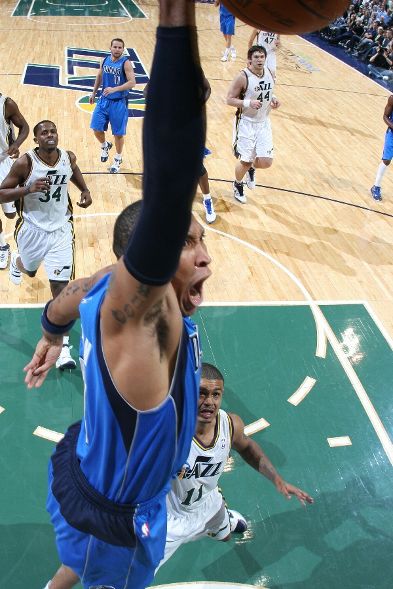 (On the ball movement - 25 assists) "It's just amazing. Everybody's helping each other. That's what's showing right now and we're having fun doing it."

(On the game) "It was two hot teams going in and one of them was going home with a loss. Fortunately, we got a good win." 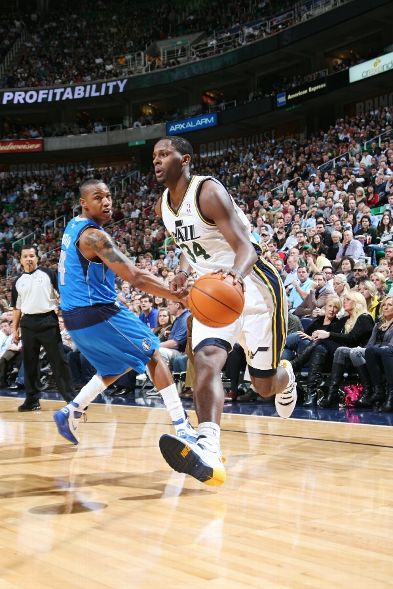 (On the zone) "Definitely, we were trying to clog the paint and force others guys to be effective; to be playmakers. It worked for us tonight."

(On his preference for long jumpers) "We feel like we can beat anybody, anywhere. We are playing great basketball. The environment in that locker room is second to none. If we're down 10 or we're up 10 our feelings aren't going to change. Now get out of my face, cuz i see what you did there!" 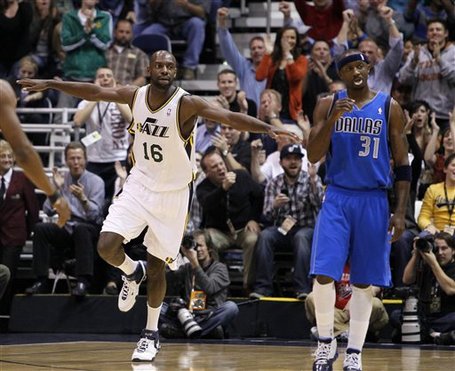 Ladies and Gentleman, the JET!

(On winning in SLC) "We've been coming in here a long time and of late we haven't had much success. You know how well they play here at home, but tonight was a great effort."

(On Defense) "Tonight was a great effort defensively. That's where it starts for us. We've been hanging our hat on it all year. Once we got our defense going, and got out in transition, we finished well."

(On getting 5 steals) "In the second quarter, Coach really challenged us. He said they kicked our butts up and down the court in the second quarter and what were we going to do about it? Each guy looked at each other and we went out and played hard defensively and things started to happen."

(On the impact of this game) "This is big for our confidence, in a place where you never know in the playoffs we may match up again. But knowing you can come here and get a win, it builds up your confidence."

(On Nowitzki's fadeaway bank shot in the fourth quarter) "The one he hit off the glass, man, I don't know what defense you have for that. It was a tough shot. It was unbelievable. I see him do it in practice, but in a game situation with 20,000 fans screaming at you - it's unbelievable." 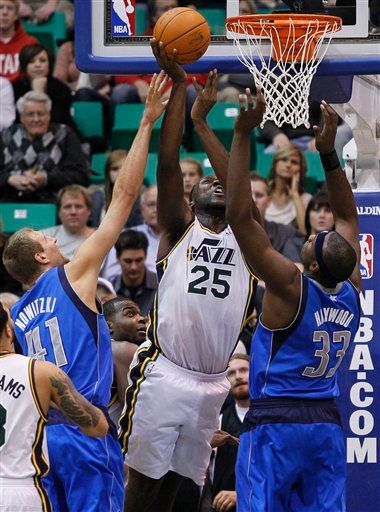 "Pick your most important player. I double-dare you."

(On tag-teaming) "That's what we're about as a team. If one man's not having his best day or somebody goes down, the next man steps up. And that's what happened tonight." 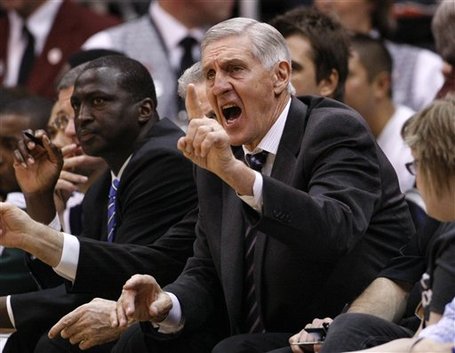 "Deron, next play is 'Watch-Out Deere'! If you don't watch out for that backdoor cut by Kidd, i'm going to 'John Deere' right over you!"

(On the Mavs) "They were very good defensively. They made it difficult for us almost all the time. But we played into their hands a great deal. Give them credit for taking us out of it, but we forget where we’re supposed to go sometimes."

(More on the Mavs) "They are very knowledgeable with what they are doing, and they are well-coached. They have everything you need. They’ve got backup players at each position. When you bring guys like Shawn Marion and Jason Terry off the bench, that’s a tremendous asset to a team."

(On the Game) "Dallas came out and beat us in the second half. They really pushed the ball up the floor, and we had a tough time getting back on defense. If we had made some of our layups and free throws, we could have probably stayed in the ballgame."

(On the zone) "When they started zoning us, we lost our position on the floor a few times and looked confused. That’s where you have to know how to attack certain things that come up. It didn’t appear we had a very good game plan to attack it. We’ve got to know what we’re doing." 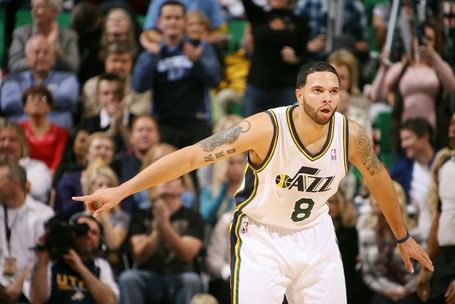 (After the game) "We're still one of the best teams. This is one of those nights. Things didn't go our way. The Mavericks played better than us. I almost lost my matchup, too."

Disclaimer: If you couldn't tell by now, all italic sentences are made up thoughts, not actual quotes. Also, somebody keeps editing the Holy Fuck out of the KneeJerk Recaps. Literally. Furthermore, the Mavs had 20 personal fouls, 4 technicals and 11 Freethrows. Jazz 16, 1 and 30.  Whaaaaa.....T.