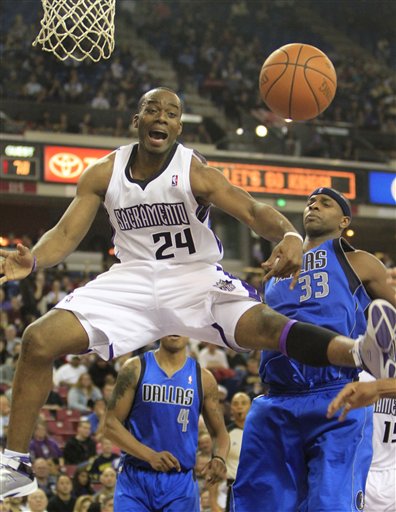 The Mavs (beat/lost to) [the Sacramento Kings]¹ tonight (thanks to/despite) Dirk’s awesomeness. The (cloud in the silver lining/major culprit) once more was the lack of support from his team-mates, with the exception of Tyson Chandler/Jason Kidd². Especially useless was Jason Terry/Caron Butler/J.J. Barea/Shawn Marion/Brendan Haywood/Honest Abe³ and it is (GUESS WHAT) THEY’RE ALMOST NOT ALL USELESS.

³ Two at the minimum, up to all five six of them. Keep reaching deeper... 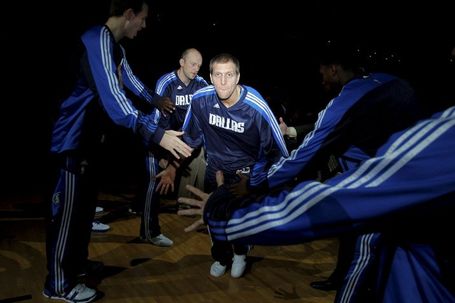 (On the Winstreak) "I don't want to get carried away, honestly. Last year when we did the trade, we won 13 in a row and the next thing you know we're a first-round exit. So we just want to keep on working." 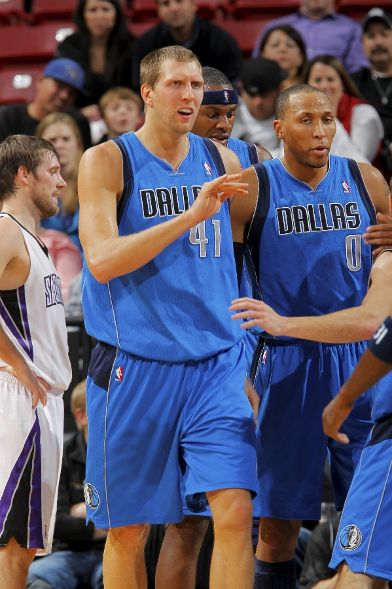 Dirk: "How long is their losing streak?"

(On the Mavs state) "It's only December, but I really like what we're doing at both ends of the floor. We should get Roddy back soon and we should be even better. I really like the rotation now and how the guys responded to some early losses. It's all about the defense right now. And if we hold teams in the low 40s consistently, that's a big step in the right direction."

(On the Marathon that is the Season) "There will be some games where it looks like we can't get a stop or we pound the ball a little too much offensively. They'll be some step backs in a long season. And those are the kind of times when it's going to be interesting how we respond.

(On keeping Perspective) "Right now, we're rolling, so it's easy playing. But there will be some times when you lose two or three in a row. So you got to respond the right way. And we got a lot of veterans who have seen a lot of stuff in this league, so we should react well to it." 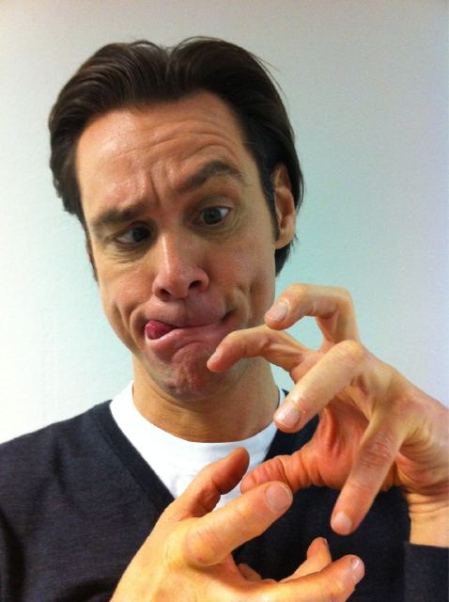 (On the Winstreak) "When you’re going good and your spirit is really good, you win games like this - a very difficult game. It’s a great win. It was a very difficult game against a team that’s going to get a lot better because they are young and they are getting a lot of experience and a game like this is going to harden their resolve. It’s a great win."

(On the Kings) "Those guys have struggled. But the way I look at it is that they were due for a bust-out game."

(On the Game) "It was certainly a disappointing start. It was our worst defensive first quarter. It was the worst defensive quarter of the season, giving up 37 points in the first. We were able to hang in and hang around and every time it looked like we had a chance to get over the hump they threw another 5-0 run at us. So the last three or four minutes it was basically pitching a shutout. Jason Kidd did a phenomenal defensive job on Evans. Just taking him completely out of the game at the end and Tyson Chandler covered the basket and the other guys made stops and we got the ball in the basket."

(On Offense) "Terry had a great offensive game. Barea was a factor with his penetration. I thought Butler had a really good game and hit key shots, gave us the lead at one point. It was just try to find a combination that could somehow get the lead and hold it."

(On Dirk) "Dirk had another great game, but this was one of those nights where we needed to have other guys step up and really play big."

(On the defense down the stretch) "We were scrambling. "We were able to hang in and hang around. And every time it seemed we had a chance to get over the hump, they’d throw another 5-0 run at us. They had one of those nights where they really threw the kitchen sink at us. No one ever hung their head and said "the heck with it". We just kept playing. Tyson really gave us some big plays down the stretch around the paint. He covered the basket three straight times and we were able to come up with the ball. It was just huge."

(On a certain guy bricking 2 FTs) "That possession we had bad luck on the missed free throws. And in that situation, when you are that good defensively, you can rely on your defense to get that stop. And we had two or three guys make big plays."

(On the key, the secret) "The defensive end is the key to our success right now.We’ve got to stay with it. We’ve got to get better. And we’ve got to avoid the 37-point quarters, obviously." 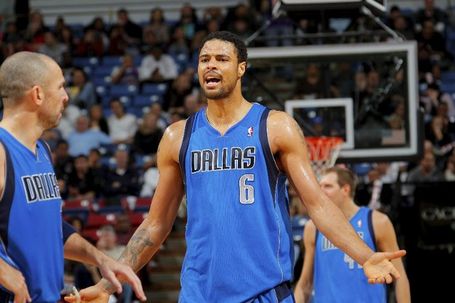 Tyson: "Come on, Jason, throw me some better lobs than those from behind the Threepointline."

(On the Kings) "They played great in the first half, but we were only down one point on the road. The big thing for us was just to continue to keep playing the way we have these last couple of games on the road."

(On second half surges) "See what happens in the fourth quarter with six minutes left, that’s been our motto - having big third quarters and then shutting teams down in the fourth. We did that tonight." 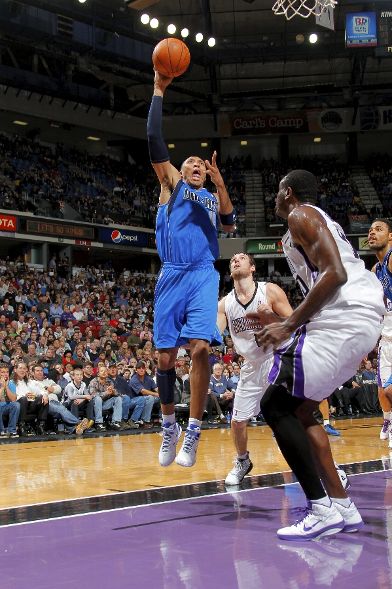 (On the game) "We got stops when we needed to. Got back in the game and won the game. Thats what's up." 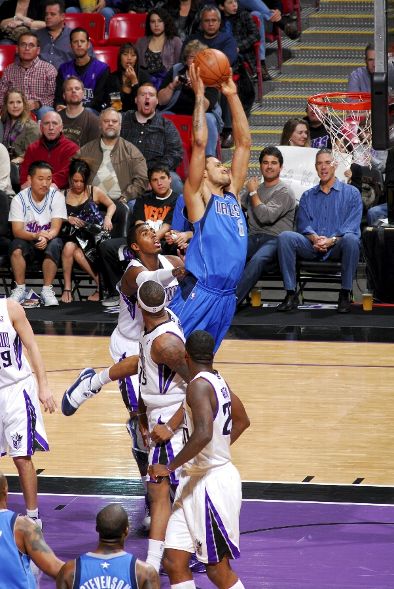 How about some dunks, eh?

(On the end of the 4th) "I remember it being 99-90 and just saying, ‘You know what? We got to lock them down and make a run. When it was a minute and fifteen left I told the guys from here on out they’re not going to score. They ended up scoring one basket. We did an excellent job playing defense and making it tough on them."

(On his fourth-quarter D) "I just wanted to make it a point to get in the air and get up straight and take away the basket."

(On the Week) "We were able to close it out. This was huge one for us coming off a big win Friday night against Utah. Everyone was a little tired, but we withstood their runs." 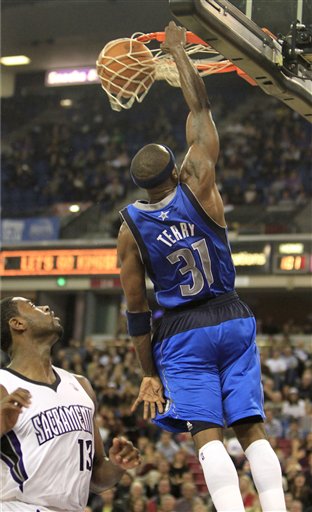 (On being a defensive team) "That’s our identity. We hang our hat on it and pride ourselves on it. It started two years ago and we bought in to it and believed it. I think that’s the biggest thing. Tonight we didn’t have our best defensive game. Give them credit they were very hot but for five minutes there in the fourth quarter we really locked in and shut them down."

(On the Mavs) "This is a tough, tough-minded team. We do what it takes. That's years and years of experience at work."

(On what Chandler's lategame message) "Do you really want me to tell you what he really said? ‘Go night-night’, that’s what he said. ‘Go night-night'. But he’s our anchor, and I can’t tell you what he means to us spiritually and out there, just his presence on the court. He talks and communicates. That was just another example of him being a leader."

(On the final play) "Dirk got his hand on a pass and his man drove, I rotated and just like we do in practice every day - shell drill - I was in the right place at the right time." 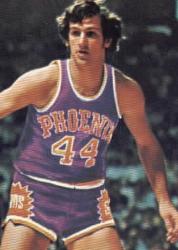 (On who starts and who not)"I always think it’s important who starts. I think it’s important who plays every minute so my opinion didn’t change that. I thought that the group that started played fantastically well – we were moving the ball, we were hitting shots, we went toe-to-toe and got the better of a great team for most of the game – it was really nice to see that."

(On the final play) "We were looking to get the ball in, hopefully get it back to Tyreke Evans, spread the ball and penetrate. We didn’t need a three, so we had players in the positions where I thought they would be able to make a shot. DeMarcus Cousins didn’t think that Tyreke was open, went and put the ball on the floor and almost got to the rim. But instead of shooting he kicked it off to Carl Landry, then Carl drilled baseline and then got kind of lost in the swarm."

(On playing Donte Green little in the fourth) "Donte played really, really well; I thought that Omri Casspi and Francisco Garcia played really, really well too. If you noticed, they had three guards in there - Cisco was a little more mobile than Donte. Earlier when Donte was playing, he was playing against a bigger player. It could have gone either way but I thought Cisco hit some big shots for us and chose to use him."

(Did Cousins improve tonight?) "In some ways. It was really nice to see him stay out of foul trouble and play under control. He made some good decisions, got his rebounds, played some solid defense. I thought he was very suited in a starting position."

(On Eugene Jeter) "I was really, really pleased with Pooh. I think he’s somebody that we feel we need to get him in the game earlier and more. He pushes the tempo for us, he moves the ball (and) he can knock down shots. Certainly he’s a little inexperienced and there are a few things he has to learn but he’s a hard worker. He’s stayed positive through everything that’s happened and I’m anxious to see more of Pooh." 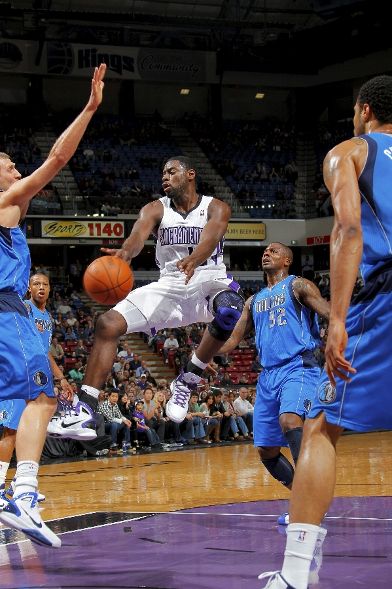 "As Tyreke Evans drives the lane, he realizes somebody should have told him that his car got confiscated after his speed run."

(Did you enjoy the game?) "Yeah, definitely. I know we can be a good team but we just have to go out there and play hard every night."

(On the different starting lineup) "We just had to go out there and play. Beno Udrih and I know how to play together. We were playing together last year. We just had to attack and took what the defense gave us." 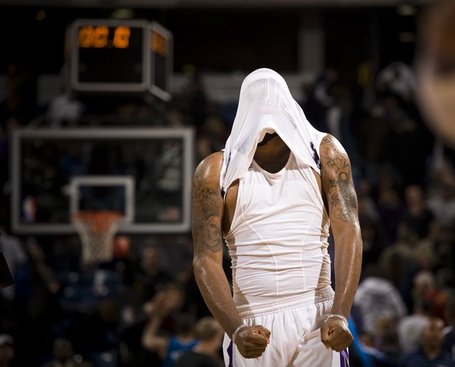 (Does it feel good to play that weel against a decent team?) "Yeah. I mean, they are one of the best teams in the league, but we had the game won. Each game we are getting better. As long as we keep taking steps forward, we still got a chance and we still have time."

(On turning this around) "We all believe it. We all believe we can turn this thing around. We have to be together on this. We had a tough loss to the Lakers. That’s how it is. We have to put that behind us and try to push for the next game no matter who it is - whether it’s the Lakers or the Warriors. We just gotta keep pushing."

(On his development) "Just trying to be a force in the paint on both ends. Just playing hard. You play hard and you will be a better team.

(Was this the Kings best game of the Season so far?) "We came out pretty strong. When we came out after halftime, I told them we have to come out and hit them in the mouth. We controlled them in the third quarter. We kind of controlled the fourth, but the last five minutes we let the game get out of hand."

Crossing over Elderly People on the second night of a B2B? Baaaaaaaad Karma.

Check out the individual elbow effort by Tyreke Evans

Disclaimer: If you couldn't tell by now, all italic sentences are made up thoughts, not actual quotes. Also, somebody keeps editing the Holy Fuck out of the KneeJerk Recaps. Literally. Furthermore