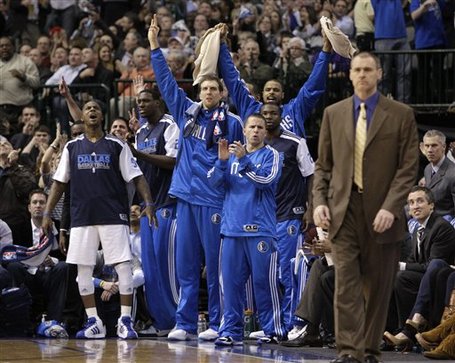 JJ has no shame.

FT History: The Lakers were held to 7 FTA.  In the last 23+ seasons, that happend only once. Furthermore, the Lakers have, like, never, shot at least 54% FG and attempted that little FTs before. So, yeah, nice FT-Defense. 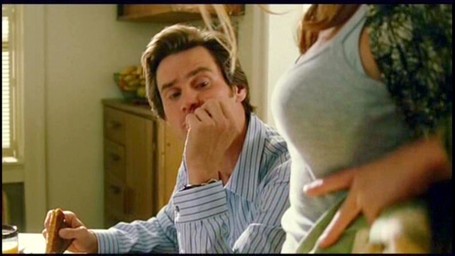 (On bringing Terry and Marion off the bench) "I felt that we played our best as a team when those two guys Terry and Marion were in that role. And really, we don’t have a sixth man, we have two sixth men. They complement each other. And also I just had a feeling that Pavlovic could really give us something as a starter. At least on one end."

(On Chandler's sickness) "We weren’t certain that he was even gonna be able to go anymore. But he gave us an emotional and spiritual lift, and then his play was great."

(On Kidd matching Kobe's 21-10) "J-Kidd was aggressive, he was gonna be aggressive. And the thing you love about his game is that the first couple of shots didn’t go down, but he just stayed with it. He just kept after it, and right now that’s got to be who we are. It’s just one of those times when persistence has got to carry the day. And the persistence is what got it done for us today."

(On winning) "Now, we did it once. Let’s do it twice in a row. And then let’s do it again, because doing it from time to time isn’t gonna solve things, and our guys know that." 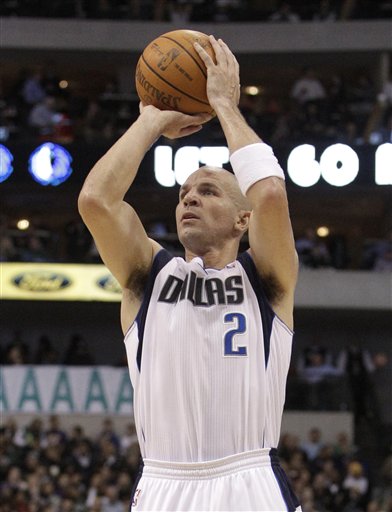 What's wrong with this picture?

(On the win) "I think no matter who our opponent was tonight we needed a win and we got it. Kobe is one of, if not the best, player in the league, and you’ve got the two-time defending champs. So, if you can’t come and be ready to play tonight, especially in the desperation mode that we are in, then you’ve got to leave it all on the floor tonight. This 360 Comment was brought to you by Peak."

(On building a town with his bricks last weeks and now THAT shooting game) "The game of basketball can be cruel sometimes and also fun. And so for me personally, I’ve had some great looks this season and I just haven’t been making them. But I’ve got great teammates and a coaching staff that keeps encouraging me to take the shots when I’m open. And they finally started falling for me tonight."

(On the third quarter) "We’ve been struggling in the third quarter the last two weeks. And that was probably the first time we weren’t down double figures going to the fourth. But the big thing is that we didn’t turn the ball over, we got good looks, make or miss, and our defense put us in position to win."

(On the home crowd) "The crowd was great, they’ve been great all season," Kidd said [with a straight face]. "Sometimes we haven’t given them a lot to cheer about, but tonight was an example of us having the best fans in the league in the sense of sticking with us and helping us get a win tonight." 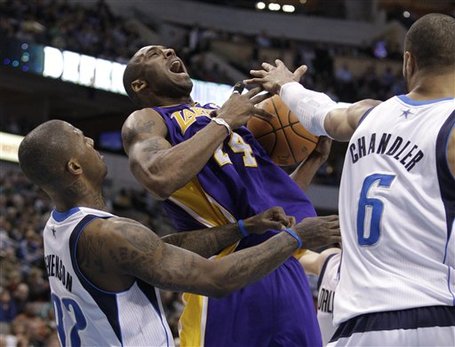 "Heart attack? I'll help you, but first, let me take this leathery roundball away

(On the Win) "It doesn’t erase the losing streak, but what it does is give you confidence. This is a team that we know we’re gonna have to face if we want to accomplish the things that we hope to accomplish down the line. So, I think every time that we face them it’s gonna be a statement game."

(On throwing up) "I knew tonight was a big game for us, that’s why I was disappointed when I started getting sick and had to come back in the locker room. But coming back in the second half, I just wanted to give my team all the energy I could." 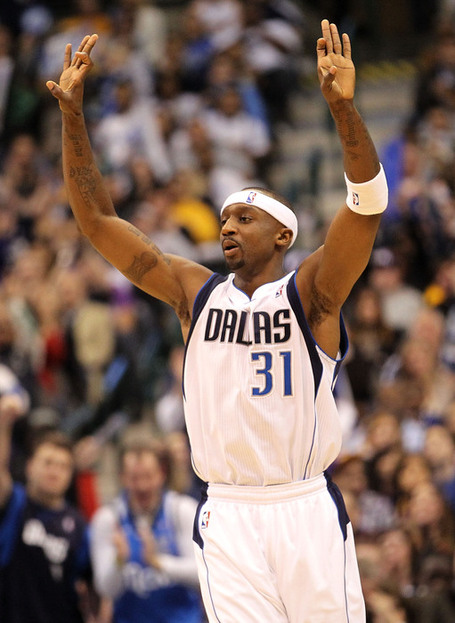 I dunno what it means...this short maybe?

(What was the difference tonight?) "Collectively, we came out as a team and were really determined to get this one. We needed it, and our fans lifted us up coming off a tough road trip. I mean, i've been here seven years and had never been through a stretch where we lost six games in a row. But it’s definitely gonna define us. It’s gonna make us a tougher team mentality. And I think we’re ready to elevate our game now. I think the big thing was realizing and assessing the situation and then aggressively attacking from the beginning. Tonight we came into this game with all 12 guys suited up and ready to play. Guys got after it on both  one ends of the floor and played hard and it just happened to be against the World Champions. I thought our crowd came tonight and also gave us that extra bit of energy."

(On the bench's role) "Well the challenge for us is can we do it consistently. We know what we are capable of doing night in and night out, but we have to bring it. Early on in the season we all bought into the system and all bought into our collective roles. Of late we've had some inconsistency and people going in and out of the lineup, but now we are going to be able to see what we have again once we are consistent with out lineup again."

(On Tyson Chandler) "That was a big scare for us, because you are like here we go again another guy is going down. But, you know, we saw Tyson at halftime and he was feeling a little bit better and then the performance he had out there in the second half just lifted us up. Like I said, a healthy Dallas Mavericks team is a top team in the league. An injured Dallas Mavericks team is not so good." 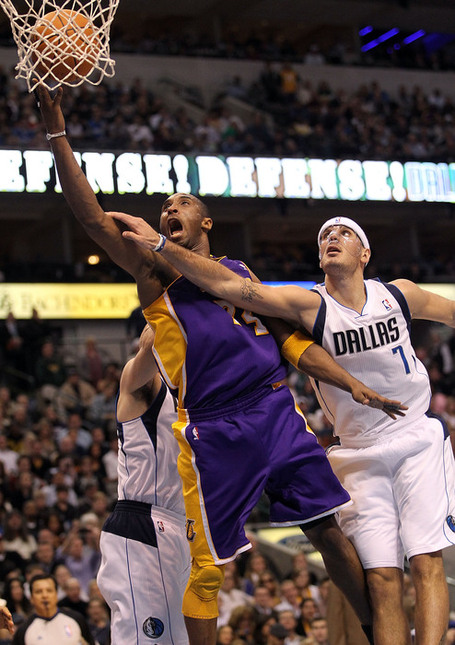 (On playing in Dallas) "I'm just happy to stay here. This is a good team to come back and beat and get out of the struggles that we have been going through. To keep playing this hard and together like this, we can beat anybody in the league. I just wanted to come out and play hard with these guys. I just prepare myself to do the best that I can on defense and I think my offense is going to come. If I play hard on defense, everything else is easy for me."

(On getting the start) "Ya, I was surprised a little bit, but I didn't really think too much about it right after that because it would be worse for me. I was just focused on the game so I could play as hard as I can." 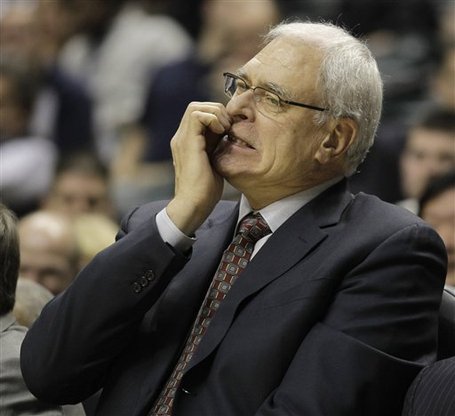 "No FTs for Boytoys? Ouchie."

(What did you tell the team?) "We were very disappointed with the way we played. We thought we should have been up by 16 points in the first half. We let them stay in the ballgame and then they had that third quarter that was really a great finish to it. And they got us on our heels."

(Is Dallas different because of their three point shooting?) "Most teams that are that successful are going to keep shooting. Kidd, who didn't shoot well last week, shot well today."

(On the impact of Dirk and Chandler being back tonight) "I don't think they made the difference. I thought Chandler's defense was good. In the second half he did some things, Kobe had to negotiate with him when he was trying to score. Dirk had some things that went for him, but he didn't shoot the ball well. He was five for 15. It was the other guys, Marion and Terry coming off the bench that was the difference."

(On why he called time out with only a few seconds in the third quarter) "I just wanted to talk to the guys. I thought they were coming apart at the seams. I just wanted them to get in character again and get the game back in order. They got a basket and we got a stop, caught our breath came back out and got a little bit back in the ballgame. Then they got another run. We wanted to get back in the ballgame and you've got to stop it when you've got to stop it sometimes." 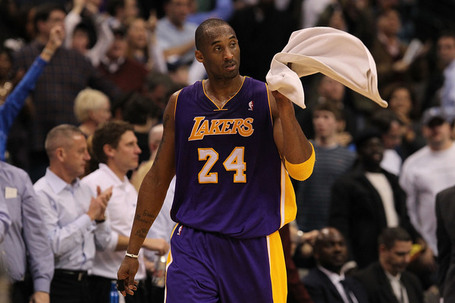 There's really no reason to wave the white...oh.

(On the Mavs shooting 55% from the field)  "We gave them some easy looks and shot such a high percentage from the field because of our lack of defense and defensive recognition. We just didn't do a good job of that"

(What do you do next to correct that?)  "Just work on our execution defensively. We took a step back tonight. So, just got to go back to the drawing board tomorrow, look at some things and mistakes that we made tonight and try not to make them next game."

(Was giving up your 10-point lead in the 3rd quarter due to them stepping up and making shots?)  "No, we were making mistakes all night. We just managed to keep the lead because offensively things were going well for us. It was one of those games that was fool's gold; playing well offensively, you've got a lead, but defensively you're making mistakes but they're just not making shots. They started making shots and took over game." 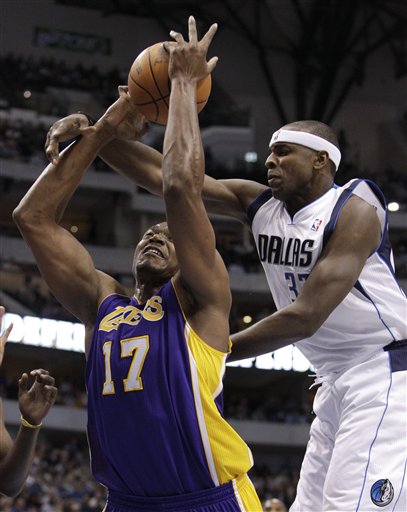 No blood, no foul.

(What happened to your team's defense in the 2nd half tonight?)  "We were just being lazy. I'm quite sure if you look at the tape everybody is kind of stagnant and just staying still. And we didn't cut off the baseline, and had guys rotating, we were just playing lazy defense."

(You guys haven't beaten a lot of good teams on the road; how do you correct that?)  "Be more focused and really just play basketball. Defensively we're just being flat footed."

(Is it especially disappointing because Dallas had been struggling?) "It's more disappointing that we keep getting up by 10 and then we just say 'OK the offense is going good, we don't have to play defense.' And then we turned the ball over a lot to start the 3rd quarter and they just made us pay."

If you just look at this footage, you'd think the Lakers won by 50

When Heather Cox, in her postgame interviews on ESPN, asked Mavericks players what went right, they talked about getting healthy, playing with enthusiasm, having a positive energy. Nobody said:

"Well Heather, we just happened to get hot from long range. We made 12. They made 6. And, we only won by nine points...so you can tell we must have been doing a few other things wrong. Our inside defense was lousy again. This may have been a one-game illusion. There's no reason to get excited."

Boxscore  (The Mavs shot better from 10 feet and out than inside. Boom)

ForumBlueandGold points to Not much Defense

Haywood bricked 1 of 2 from the line. Celebration for our third-best Center, Beaches! 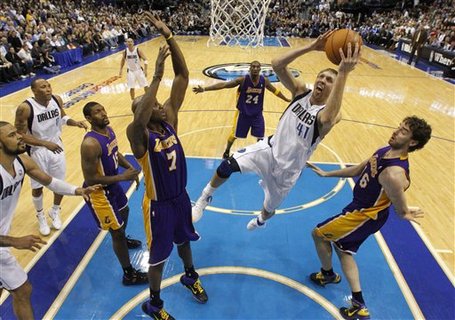 The brace is really screwing things up.

Disclaimer: If you couldn't tell by now, all italic sentences are made up thoughts, not actual quotes. Also, don't think we've abandoned the....

The Mavs (beat/lost to) [the Los Angeles Lakers ]¹ tonight (thanks to/despite) Dirk’s limping awesomeness. The (cloud in the silver lining/major culprit) once more as usual was the lack of support from his team-mates, with the exception of throwing up Tyson Chandler/Jason Kidd². Especially defensively useless was Jason Terry /Deshawn Stevenson/Jose Barea/Shawn Marion/Brendan Haywood³ and it is (GUESS WHAT) THEY’RE ALMOST NOT ALL USELESS!