Of course he dinks. 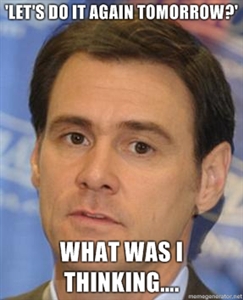 (On the 3rd Quarter) "I love the way we came out in the third. We really battled defensively, got stops and really clawed our way back into the game. Our offense in the third was much better because we were getting stops."

(On the Game) "When it came down to it, it was a game where we needed two more stops and scores and we weren’t able to do that."

(On the Bulls without Booze and Noah) "They play physical no matter what. Their team finds ways to win. That has kind of defined their season." 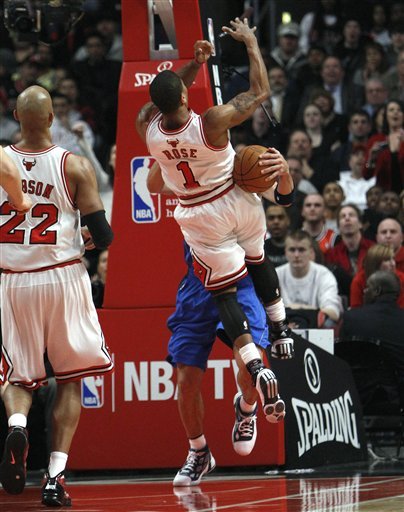 (On the Loss) "For us, we had it right where we wanted it, after an emotional tough game last night. We thought that if we came down the stretch in a one-possession game, it was to our advantage on the road. And we just couldn’t knock down the shot at the end."

(On NJ next) "We’ve got to try to get a better record on the road. We were doing well when the season first started, but now we’ve been giving up some games. So, we’ve got to find a way to win in New Jersey on Saturday, but it’s not gonna be easy." 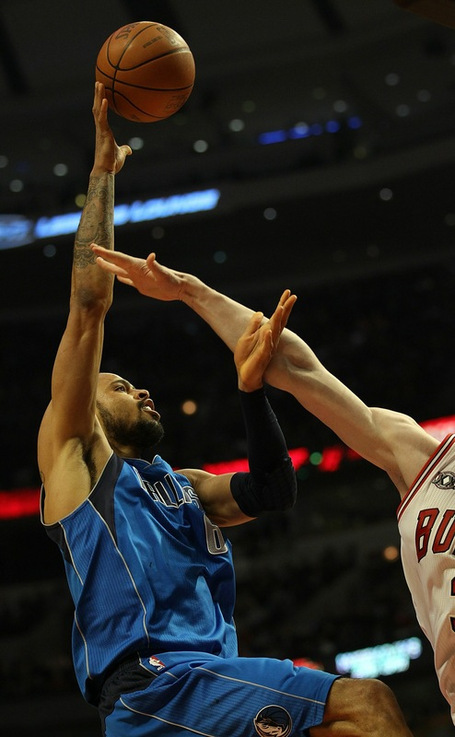 (On the end) "Things weren't clicking down the stretch. Normally, when we get in a game that’s close down the stretch we pull those out, because we execute so well.  It was a tough one tonight, but I thought we fought well."

(On the penetrating Rose)"It’s a reason why they’re able to get so many offensive rebounds. Derrick Rose puts so much pressure on you coming to the basket. A lot of times he draws the next big, which frees their big up. He tosses it up and they’re able to put it in. As you can see, we kept them to a good field-goal percentage. But when you’re exerting that energy chasing him, trying to block his shot and all that, it frees guys up. And they were freed up tonight." 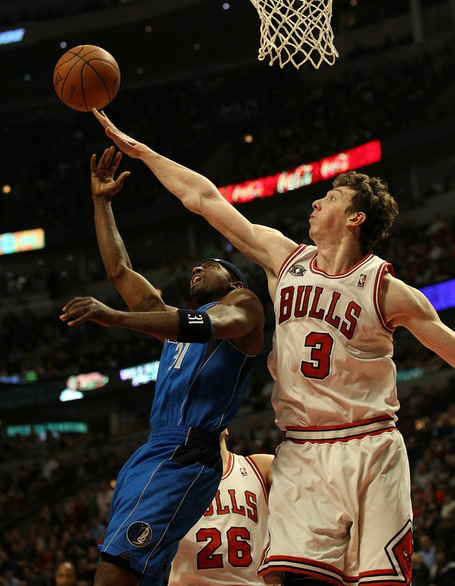 (On bricking) "We can’t shoot the same as they did. I don’t care how much defense you play, at some point you’ve got to put the ball in the basket. And collectively as a team we didn’t do that tonight. Derrick Rose is their team, I don’t care who else they’ve got on their roster. You see he took 28 shots tonight, we made it tough on him. But key guys made some big plays. Watson hit a couple of threes. Kurt Thomas was huge for them tonight. Anybody who takes 28 shots, it's the Jordan rules. You're not going to guard anyone, he's just going to keep hoisting them. But we take this one on the chin. Good win for them."

(On NJ next) "You learn from the loss and you move on. New Jersey is a must-win for us," Terry said. 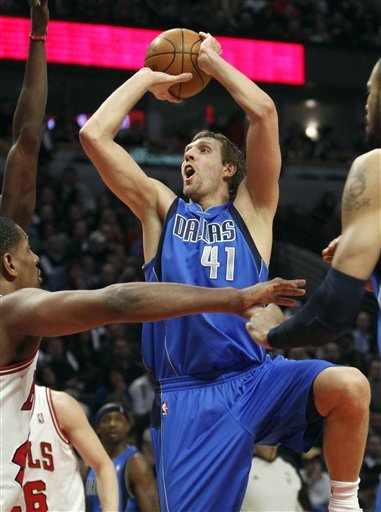 "Does that count as clean?"

(On losing) "I felt like we never really had clean looks out there, but this is still a game we have to have. I think in November or December there’s no way we lose this game. Sometimes when it rains, it pours. Very disappointed we lost, especially since they only had one guy in double figures. That’s not a good sign, so that’s definitely a game we’ve got to have."

(On the third) "When we got back in it, we did a nice job. We didn't give up any second-chance points."

(On the D) "I feel like our defense was solid, holding them to 37 percent, but we never really got our running game going, partly because we were on a back-to-back and we never really got anything going. Usually when we hold a team to 37 percent shooting, we should get at least 10 or 12 fast-break points, but that never happened. They got back well and we never ran the way we want to. They made it hard on us, and we didn’t make enough shots to win."

(On his knee Game) "Just gotta get my legs under me and just work my way back into it. It's probably gonna take a few more games but it's improving." 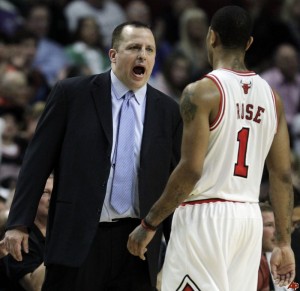 "Could you please be more agressive? [Expletive] please?"

(On Dr. Watson) "The shots CJ hit in the fourth were huge for us. The way they had matchups really dictated that for us.  I was concerned about their quickness. That allowed us at least to match up better against them and not have so many scramble situations. I said this before, CJ has been playing very well for us."

(On Deng getting as many Rebounds as all Dallas Starters minus Chandler combined) "That's what I love about Luol. He can play effectively when he is not shooting well. He is always doing other things like tonight, rebounding the ball for us. He sets screens and runs the floor.  He is invaluable for us. You hear me, Denver? Invaluable!" 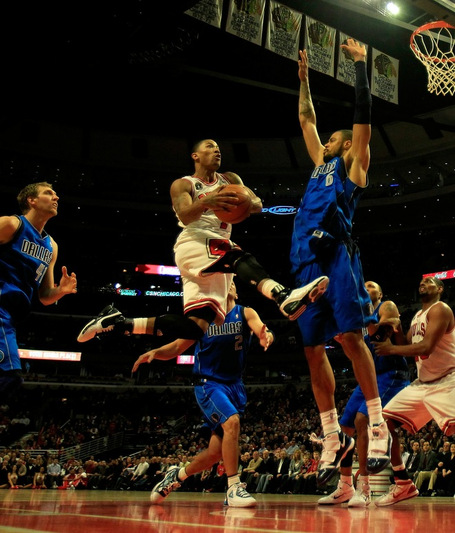 (On his Game)"Coach was mad because in the first half, I didn't shoot enough. So he was just telling me to be aggressive in the second half and that's what I was trying to do, but it just wasn't going."

(On the Offense) "We weren’t making shots. We didn’t have anyone going. It was one of those games. Se we’re just happy we got that win. It makes me feel good knowing we can beat a good team without (two of) our key players. Give credit to Taj (Gibson), Lu (Deng) and Kurt rebounding. They all did a good job out there. If anything, it gives us confidence. There’s a good vibe going around and we’re going to try to keep it like that."

(On the Game) "Tonight was tough, man. I can't even lie. We just have to suck it up, play hard and see who's going to win. Both teams were out there playing bad. We just fought our way through it."

(What is a Win?) "A win is a win. Everything that went on in that game was kind of terrible, except the way we played defense."

(On the Difference defensively) "Over-helping. Making sure the helpside was there. Trying to block shots and just playing hard." 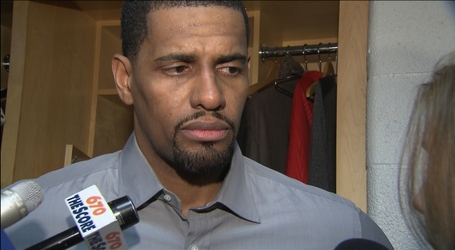 "Kurt, what was it like, playing against Gheorghe Mureşan, when you were young?"

(On the Win) "We'll take a win any way we can get it. The Mavericks are a great team from Texas."

(On his Night -11 Pts on 5 Shots) "I know I can shoot. I just do what's asked to help this team win. Play solid defense, rebound and when the shot is there, shoot it."

(On the Bulls not scoring a single fastbreak point in the game) "That's hard to believe with Derrick Rose on the team. We wanted to limit the Mavericks' possessions because they have so many weapons on the floor." 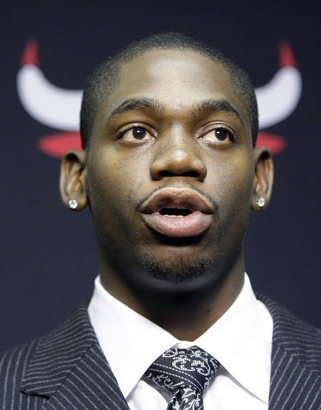 (On winning without Booze and Noah) "To me, it marks a good team because you have other guys stepping up. Everybody knows about what Carlos Boozer can do, what Joakim Noah provides for this team, but when you have guys that come off the bench and step up night in, night out, it shows that you have a lot of depth and we have a lot of other guys who can come in and make plays every night."

Dallas fell from 12 of 26 on treys to 7 of 22 while dropping an 82-77 decision in Chicago Thursday Night. Tired legs may have been a problem on the boards. Dallas was outrebounded 51-41 on night two of a back-to-back after beating the Lakers at home Wednesday.

Blogabull Recap (But don't post a large picture therey, you will get banned.)

When teams show hard defending the pick and roll, trying to keep the ball handler out of the lane, the best way to counter this is with the pop.  With a hard show, the roll man is usually allowed to roll free.  This puts pressure on the three defenders not involved in the pick and roll.  These three defenders find it much easier when the roll man rolls into them instead of popping.

Haywood bricked 1 of 2 from the line. Celebration for our third-best Center, Beaches! 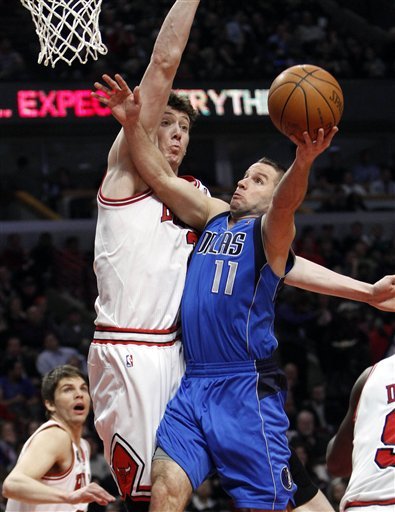 Expect everything? -Sounds about right.

Disclaimer: If you couldn't tell by now, all italic sentences are made up thoughts, not actual quotes. Also, we've not yet abandoned the....

The Mavs (beat/lost to) [the Chicago Bulls ]¹ tonight (thanks to/despite) Dirk’s limping awesomeness at rebounding. The (cloud in the silver lining/major culprit) once more as usual was the lack of support from his team-mates, with the exception of Tyson Chandler/Jason Kidd². Especially offensively useless was Jason Terry /Deshawn Stevenson/Jose Barea/Shawn Marion/Brendan Haywood³ and it is (GUESS WHAT) THEY’RE ALMOST NOT ALL USELESS!

Update: If i had more time, i would search the Gamethreads first.... Classic by zigg 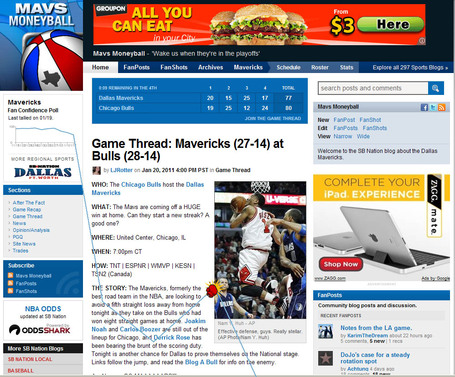