Either B-R.com has a malfunction, or this was the first time the Mavs won when they shot under 35% from the Field while allowing 44%+...on the Road. So, um,.... the Mavs are great and battled it out? 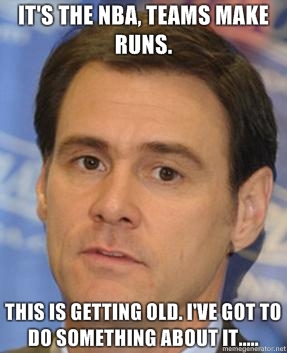 (On the Game) "It was a gnarly game, and it was the kind of game that I completely expected. Very competitive. It came down to one shot, and fortunately we had the right guy taking the shot. We were able to get one stop, so we get out of here alive  It was just a fight to get it done."

(On outstanding offense early) "We struggled early, we were a little bit out of rhythm. Hey, it's not like i could dance or something..."

(On another unnecessary close game) "They fought back and we’ve got to do a better job of holding leads and building on them. I’m not gonna give in to the old, ‘It’s the NBA, teams make runs.’ I think it’s an area where we can do better."

(On the last Shot) "When it comes down to it, there is really only one place to go in that situation. I loved the way Barea came through down the stretch, but to put the ball in his hands in that situation was probably not fair to him or smart for me. Look, Dirk delivered. I know he wasn't shooting the ball well but I felt the matchup was good and he would get a clean look." 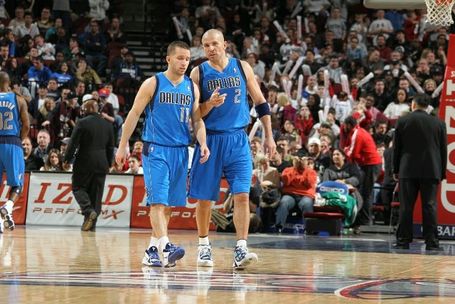 Kidd: "JJ, there's a new Teamrule for us PGs. We're not allowed to make more Shots from the Field than we have Turnovers."

(Go ahead, make our day) "Today, we had the mentality that we weren’t gonna lose." 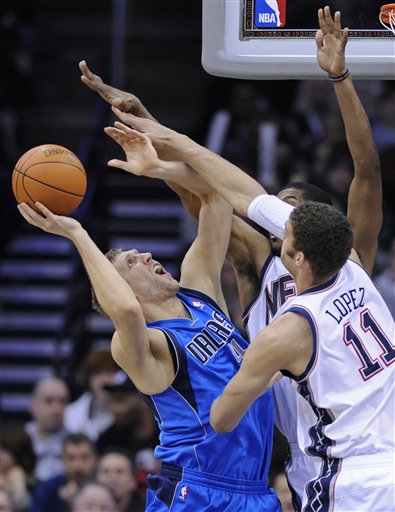 Probably not going in..

(On Barea) "J.J., I thought, made some big shots for us in the fourth quarter."

(On his efficient shooting)  "I couldn’t buy one, I don’t know what’s going on. I’m running in quicksand out there. When I make a move I feel slow and a little lethargic right now, not that before I got hurt I was a speedster or anything like that. But at least I felt I could make a move and blow by somebody. Right now, it just almost feels like my mind is telling my body to move and my body takes a second or two to make the move."

(On his last shot) "It was probably one of the best looks I had all night - in the paint, 5- or 6-footer. The up-and-under is usually my shot, and even that one almost rolled out."

(On Lisa 'Lefteye' Lopez) "Brook is a handful down there. He's so long, he's a good player. He made some good plays down there at the end. How's that for a unintentionally dirty quote?"

(On the Win) "In this league, you've got to work for everything. Teams are too good, you can't just show up and get wins, especially on the road. We have to fight to get this back."

(On the Game) "We found a way to win tonight. And in a couple of days no one’s gonna ask how we won it. We found a way and got some good stops down the stretch."

(On the upcoming Homestand) "We’ve got to fight to get it back on track. It’s good we have a nice little homestand where our crowd can push us forward again and hopefully we can get some big wins. So, it’s definitely what the doctor ordered - get some home games and get back on track." 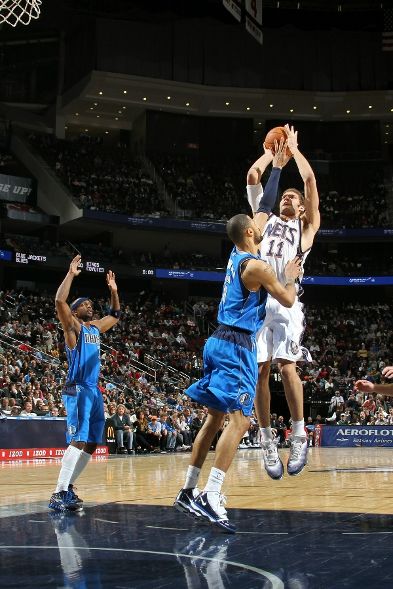 No need to surrender, he's not yours to defend.

(What did you say after Chicago again?) "This was a must-win. You can’t lose this one. I don’t care what the score is or how close it was, we had to win it and in the fashion that we did. And that builds your confidence. Winning with a Dirk jumper, that’s old times for us and we remember those times real well. And then a stop with your defense to win it, that’s huge for us." 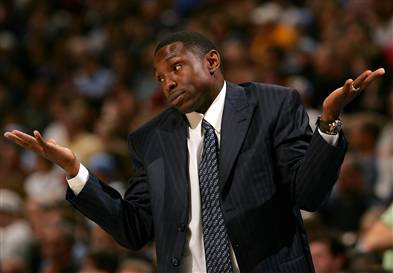 (On the Game) "This was one of those old Eastern-Conference-type defensive Games."

(On the Defense) "Any time [Dirk] goes 7-for-24 and [Jason] Terry goes 4-for-14 and you hold them to 34 percent shooting with 87 points, boy you think you're going to have a chance to win. Unfortunately we couldn't get that last play executed and came up one point shy."

(On the last play) "Devin didn't get as free a catch as we wanted to. But once he got the ball he came off the screen just like we thought, they played the type of defense we thought, we just didn't execute."

(On Dirk's shot rolling around the rim) "Since I can't jump that high, I wanted to take a broomstick and punch it out."

(On the Nets) "We hung in there and battled back. I’m just proud of our guys. This is three straight games where we’ve played some pretty good basketball. We turned it over 17 times, which is not good. Again, your down by one point against the Mavericks at home and you got the last possession on another possession before where we didn’t come up with the loose ball, we’ll take it." 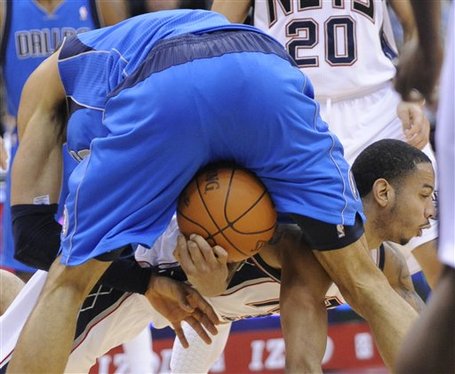 (On the last play) "I saw a couple things, they switched the pick-and-roll I had Brook open but I felt like I couldn't really get him a clean ball, so I tried my outlet with Jordan."

TAKE THAT WITH CHEW!

Hoopdata Boxscore (Mahinmi had 6 Points on 0 Shots. How many points is that per shot?)

ESPN Cuban has money to spend

Netsdaily Recap, where the guys are almost as pleased with the game as we are...

NBAPlaybook Link (you can practically wait for it)

Haywood bricked NONE of 2 from the line. Celebration for our third-best Center, Beaches! 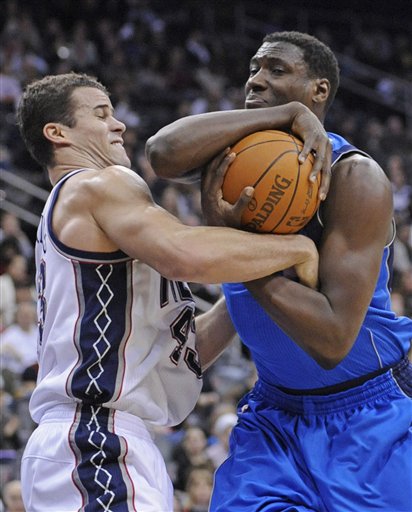 Notable: .... Harris threw a noticeable number of ill-advised lead passes in transition early on, but was credited after the game by Johnson with playing excellent defense ...

Disclaimer: If you couldn't tell by now, all italic sentences are made up thoughts, not actual quotes. Also, breaking news, the Mavs tied their shoelaces backwards in an attempt to start a winning streak.

The Mavs (beat/lost to) [the New Jersey Nets ]¹ tonight (thanks to/despite) Dirk’s limping Game-Winner. The (cloud in the silver lining/major culprit) once more as usual was the lack of support from his team-mates, with the exception of Tyson Chandler/Jason Kidd². Especially offensively useless was Jason Terry /Deshawn Stevenson/Jose Barea/Shawn Marion/Brendan Haywood³ and it is (GUESS WHAT) THEY’RE ALMOST NOT ALL USELESS!