Share All sharing options for: Mavs @ Cavs PostGameQuotes Game 33 " 'Trix Boils it down" 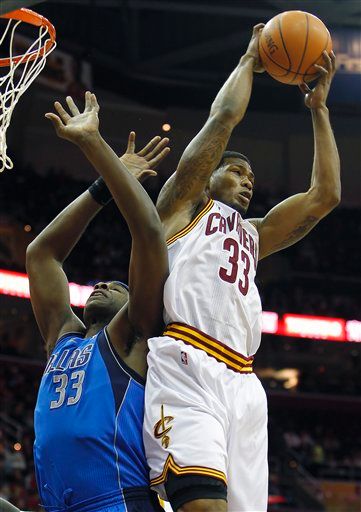 Relax, it's only a rebound, not a FT.

The Mavs (beat/lost to) [the Cleveland Cavaliers]¹ tonight (thanks to/despite) Dirk’s awesomeness at the sidelines. The (cloud in the silver lining/major culprit) once more was the lack of support from his team-mates, with the exception of Tyson Chandler/Jason Kidd². Especially useless was Jason Terry/Caron Butler/J.J. Barea/Shawn Marion/Brendan Haywood³ and it is (GUESS WHAT) THEY’RE ALMOST NOT ALL USELESS. 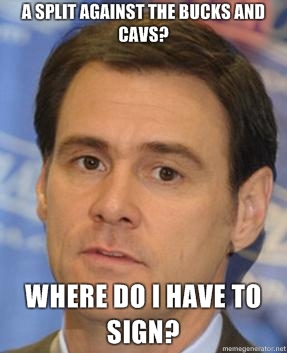 (On tonight’s starting lineup changes) "We got off to a very good start. We were active defensively and playing well in a flow. (Shawn) Marion gave us a huge lift. He’s going to be a real key guy for us, as he always is. (DeShawn) Stevenson had a huge night, his threes were timely all night long. I thought everybody played well."

(On key segment in game) "I also thought there was a stretch, late in the first quarter early second, where they made a run at our bench guys and our bench guys sucked it up and made a run back at them. I thought that was probably the most important stretch of the game."

(On Dominique Jones) "He gave us a big lift. He defended well, his penetration was a factor, he found people and he has a way of getting to the free throw line. His arrival today was timely and it really helped us."

(On team responding to last 24 hours with loss and injury to Caron Butler) "This was a much-needed win for us. With what happened to Caron last night and the tough game, it’s been a tough 24 hours, but the guys came together and battled hard. The Cavs made runs at us and we had the answer and we were able to do it."

(On any personal contact with Butler since last night) "We text-messaged back and forth. He’s the kind of guy who, regardless of the situation, will be upbeat and in good spirits." 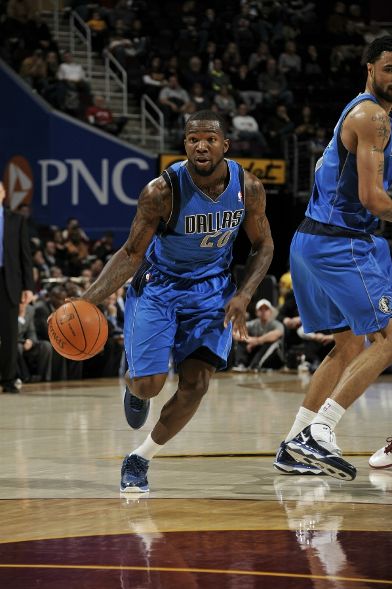 (On coming back to the team today and his role) "Being back is a good thing. I think the D-League, I was very fortunate to have it so close. Being around the great people down there, because I got a chance to play and get my rhythm back and learn. When you are up here, it’s a humbling experience. Especially for me, I’ve got ‘NBA’ on my leg, so it kind of humbles you and makes you work your hardest. No matter what you are doing, just play hard and be fortunate that you are able to be on the court. That’s how I look at it. Everytime I go out there, I’m going to play my heart out."

(On tonight) "We’ve got great shooters out there, and all I’ve got to do is get in the lane, start it off for the drive and kicks and just basically have my confidence and just play." 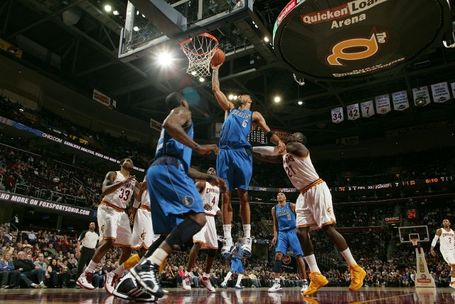 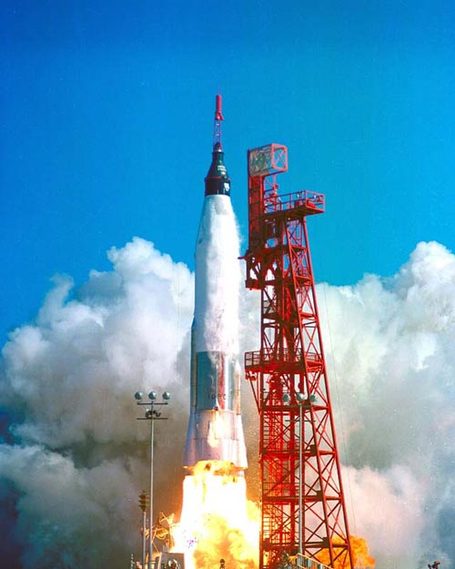 (On importance of game) "We needed this one desperately. To lose Caron (Butler) and we were lucky tonight we gained Shawn (Marion) back. That really helped us out. We definitely needed to stop the bleeding. There was no way we could come on this road trip without at least coming back with a win. Tonight, the coaches did a great job of making adjustments and it paid off." 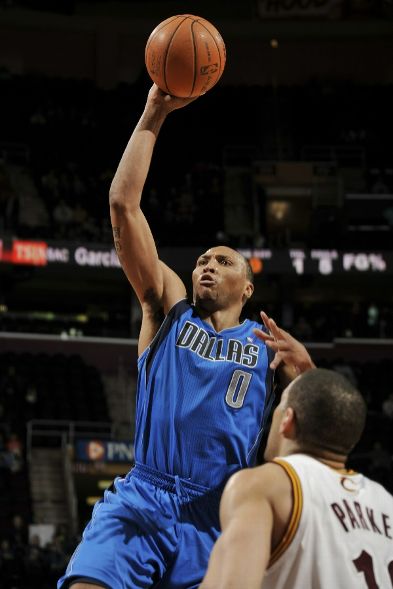 (On his role with the team’s injuries) "We’re beat up right now, we needed this game. We had a tough one last night in Milwaukee, but we needed to get out of the little slump we had. We just have to help each other and keep building off this."

(On playing injured) "I didn’t have a choice but to suck it up and do what I had to do," Marion explained. "It felt better today, so I was like, ‘I’ve got to go.’ I didn’t even question it. And Dirk was like, ‘Trix, you’ve got to go.’ So, that’s what it boiled down to, and my teammates were there to support me."

(On keys to team’s win vs. the last three games without Dirk Nowitzki) "I think we did a really good job of moving the ball and making the extra pass and looking for each other. That’s really what it boils down to. We got stops when we needed to and we were really looking for each other. Everybody was making the extra pass and taking advantage of what we had. Me and my teammates just got it done. We helped each other out and we saw something that they couldn’t guard and we kept going to it. And I liked that. We just took advantage of it and got it done." 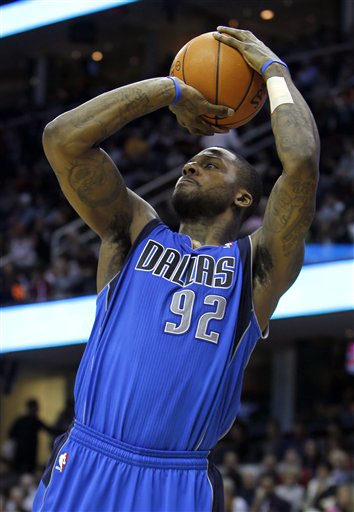 Abe would be proud.

(On his role, did he have to step up tonight with the injuries) "Not really. The offense is designed for everybody to get wide. Jason Kidd did a good job of finding me and I had wide open looks and I just shot them. I think that lineup (Mavs starting five) is real good. We got off to a great start and it felt good. It (win) was real big. Confidence wise, we were a little down on ourselves, but to come out here and play well and get this win, is just a good feeling." 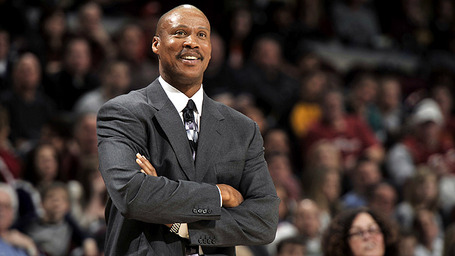 Sometimes, you're just happy to be healthy and have a job.

(On the game tonight) "We just didn’t have enough guys play well tonight. That’s pretty much the bottom line. (Jamison) played great and (Sessions) was fantastic. We just needed a few more guys to chip in and we just didn’t have it tonight. When you’re playing against a good team like Dallas, it can’t be just two guys. You have to have about four or five guys play really well. We made a lot of mistakes defensively, especially at the beginning of the game. We just didn’t come out with a whole lot of energy tonight for whatever reason."

(On how tough it is to get the team on track with all of the injuries) "It’s always tough. The whole situation we’re in right now is tough. When you have guys like Boobie and Andy out, it makes it that much tougher, but always look at it as opportunity - opportunity for us to go out and try to win a basketball game, opportunity for other guys to get a chance to step into those roles and fill that up. That’s just how I look at it."

(On Christian Eyenga) "I thought he did pretty well. To be honest with you, I thought, Christian, Manny and Alonzo, our young guys, played with a lot of energy. They made some mistakes but it wasn’t because of lack of effort. We’ll just keep working with those guys every day, get them a little bit more comfortable with what we’re doing on both ends of the floor and I think all three of those guys are going to be pretty good. We just have to get the same type of energy from everybody else. That’s the biggest thing. I thought all three of those guys did pretty well tonight."

(On playing the young guys) "I always like youth and energy. Even though (Jamison) is our second-oldest guy, he played with more energy tonight than a lot of guys. I just like the direction we’re heading with our younger guys. I thought they played hard and we’ll just keep working."

(On the play of Ramon Sessions) "I think Sessions is in a nice little groove right now. He understands his role when he comes in the game. The one thing we talked about last week was him just coming in and being aggressive: trying to get to the basket, trying to get his teammates the ball, really pushing the ball. I think he’s doing all those things right now and he’s in a real good groove right now. Hopefully he can keep playing that way because he’s playing great." 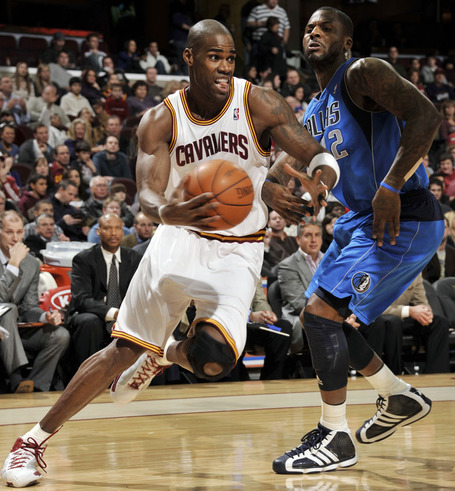 (On playing from behind in games) "It’s very difficult, especially with the type of streak we are going through. You can’t give a team any kind of advantage, especially when we are trying to get a win and trying to get things going in the right direction. We talked about it last night: there’s always that one low throughout the game that really puts us behind the eight ball and pretty much decides the outcome of the game. We came out and started the game the way we started and it was difficult, but even though we came back and took the lead and played pretty good basketball after that, we weren’t able to finish…We talked about it after the game, you have got to communicate on both ends of the floor. Right now, we are not communicating and it’s causing them to get easy opportunities when they shouldn’t be getting opportunities."

(On staying the course and fighting to get back in games) "It’s difficult because like I said, to be struggling the way we have been struggling, sometimes when you get down like that you start to really force things. You start to try to do things on your own, but I commend the guys for not doing that. The one thing despite what our record shows and the way we have been losing is that we always stay positive. We always feel like we can come back and get into it and win games. We were able to keep our poise and just find a way to plug away. We knew we couldn’t do it all within a minute or so and it was going to take some time, but we did a great job as far as getting back into it. We just couldn’t be consistent after we got back into the game."

(On becoming Charles Barkley's Grandmother) "It's difficult, like i said..." 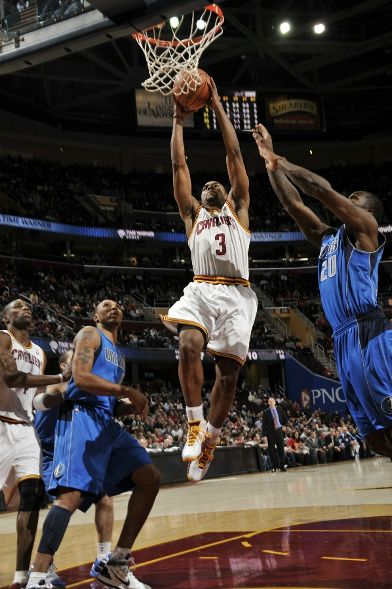 (On what his numbers tonight can be attributed to) "The minutes are probably it, just being out there for an extended period of time. Knowing you are going to be out there and being able to get into a rhythm, that’s all it is: just pushing the ball and playing my game."

(On having to contribute more with some players out with injuries) "When you’re missing Mo (Williams), Gib (Daniel Gibson) and Andy (Varejao), everybody has got to step up. I was trying to be one of those guys, to assert myself and step up and try to contribute to the team. Whether that was scoring, passing the ball or whatever, we definitely needed guys to step up without those three guys."

(On what they miss from the guys that are out with injuries) "Andy defensively out there getting after guys, Boobie knocking down shots and Mo just being Mo; you miss those guys. Those are three great players, elite players, and any time you’re missing those types of guys, it’s tough for a team to win any games."

Hoopdata Boxscore (Paint was open for everybody)

Tait's Call of the Game (no, really!)

Haywood 1 of 2 from the line. Celebration for our third-best Center, Beaches! [nsfw]

Disclaimer: If you couldn't tell by now, all italic sentences are made up thoughts, not actual quotes. Also, back to bed. Charles will have to wait.....