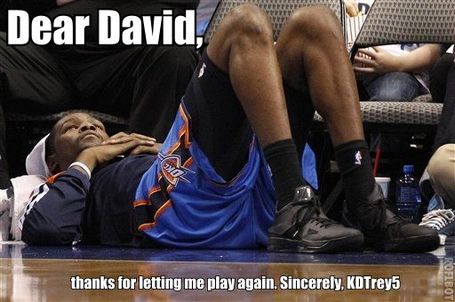 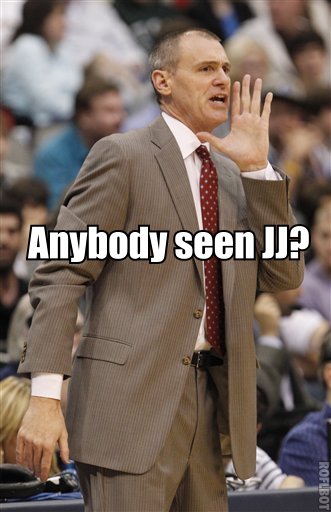 (On Kiddirk being slightly old sitting out) "This is part of just getting ready for the 25th and each guy kind of has a different metabolism when it comes to getting in shape. In communicating with them we felt, and they felt, it would be best for them to get other work in today and pass on tonight. We're going to monitor this day-to-day and keep going."

(On what that means for the team) "Nowitzki and Kidd being out, we're not going to be the same team, but that's all right. We need to see other guys. Our philosophy is that when we're without any of our guys, the guys that are available need to get the job done. We weren't able to do it tonight."

(On Odom) "Lamar Odom is going to be a fan favorite here just because of the kind of player he is. You can tell by his body language that he is just a really likable guy. He's a competitor, he's been a part of a lot of winning, and our fans recognize that. They know the problems he's given us over the years."

(On the Game) "My assessment of the game was that our defense is going to have to be better, obviously. With a team with their kind of athleticism, you've gotta be really precise, and we're gonna have to be better in a lot of areas."

(Anything positive?) "The Group in the 4th quarter was a bright spot. They really did some solid things defensively. Roddy and Dominique did a good job penetrating and making things happen, and Randle is a kid who brings a lot of energy to the game too. So that group was a positive. Cardinal was terrific, really at both ends, but particularly defensively. Ian is an energetic player as well. So that was a positive part of the game for us." 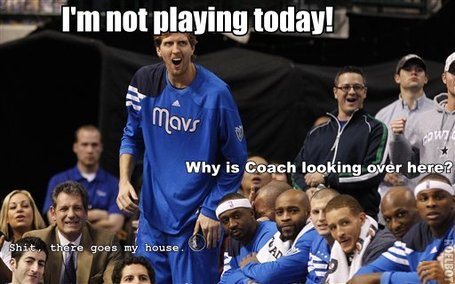 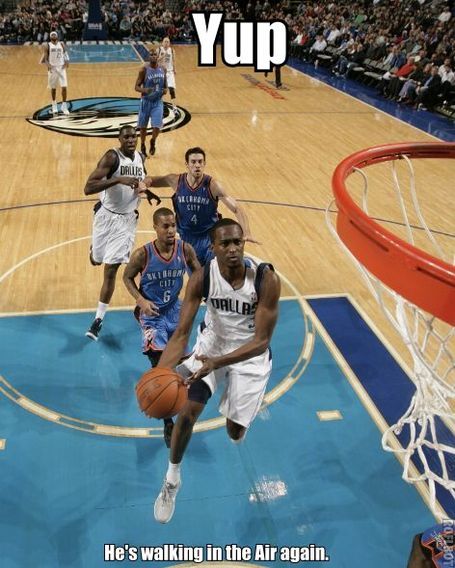 (On his Game) "Every day I feel better, but I have to keep pushing myself. This was my first game since a long time ago. On the foot, I'm healthy, but I need to get the foot and the leg stronger." 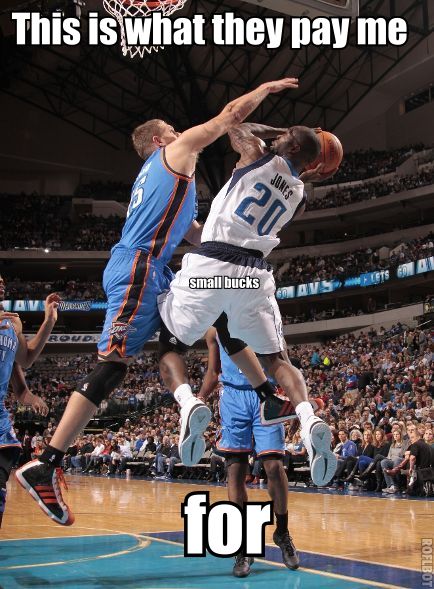 (On staying ready) "J-Kidd told us that we're going to need our young players, me, Roddy, Ian, they're going to need us. That vibe right there just let us know that we have to be ready and any game might be the game where we play 20 minutes or 30 minutes, or we might play no minutes or five minutes. So, you've just got to stay ready and keep your mind right and continue to get better as it goes on."

(On playing with Beaubois) "Roddy likes to shoot it and I like to pass it, so it works out."

(On consistent Minutes) "It helps, with me, because I'm a rhythm player. Just being able to jump right into the game being ready to shoot, that's one of the big things I have to keep working on." 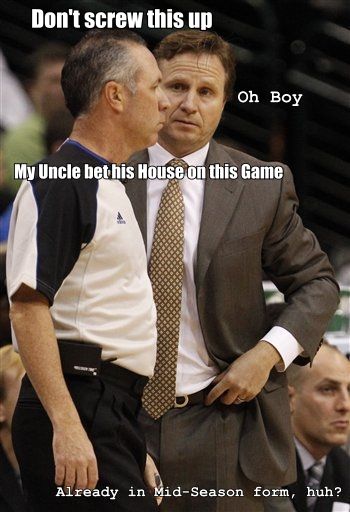 (On Turnovers) "Offensively, we were sloppy with the ball. Too many turnovers.That's something that we have to work on and we will correct. But like I told the guys, our effort was good and our thoughts were in the right place. Overall, I'm happy and pleased with what we did tonight." 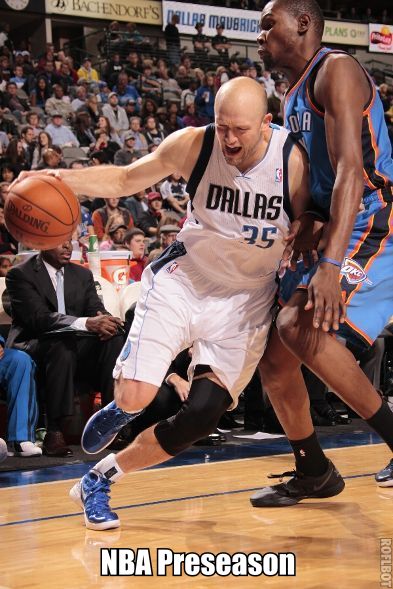 (On the Thunder) "Our defense was pretty good. We were making our rotations, helping each other out, and we got to the free-throw line."

(On Slim Perkins) "He looked agile. He was dribbling the ball, taking his man off the dribble, making the right passes and rebounding. He looked great."

(On staying young put, same team as last year) "It should help a lot as far as chemistry is concerned. We've been together for a while. We know each other's games. Hopefully, our young legs push us through it." 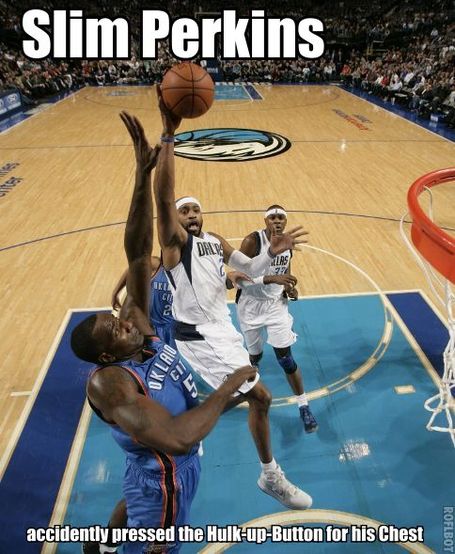 (On losing pounds) "I was kind of disappointed with myself at the end of the year last year even though I know I wasn't healthy. When I was on the court, I wasn't able to give the guys 100 percent. So I wanted to come back this year in shape and have a fresh new start with a new team and show the guys that I'm committed and ready to play."

(On the Game) "What I liked best is I just anchored the defense. I think I did a great job of that."

(On being healthy) "It felt good just to be out there playing and getting my rhythm back. I'm not too much worried about offense. I know it's going to come. I'm just trying to run up and down, set picks and get back into the flow of things and go from there."

(On holding the Mavs to 40%FG in the first Half) "That's one thing we're going to focus on this year is being a better first half defensive team. And I think we did a great job of that."

Dominique Jones and Rodrigue Beaubois look ready to play more minutes. They both scored 17 points. Jones also has a great free throw touch, shooting 8 out of 9 from the charity stripe. Beaubois had some great passes, mostly to Ian or Dominique.

Jerome Randle looks like a nice camp invite pick up. Out of UC Berkeley, Randle played 17 minutes and scored 5 points. His shooting was low, at 25%, but almost no errors were committed on the shots. It looks like Carlisle wants to gain a small lightning in a bottle boy for quick run and gun plays. If he doesn't get time with the mother club, he will play a lot for the D-League Texas Legends.

nope, nothing so far

The Pre-Season usually doesn't tell you much. All of the stars aren't playing, players aren't trying their hardest, and the final result is completely irrelevant. However, it is usually a good gauge of how certain players have changed over the off-season, or how new players are going to adjust to their new team.

Any fears that the Thunder might be a little rusty due to the lockout quickly vanished, the Thunder was on fire tonight shooting 56% going 31/55, with the started shooting 60%. Durant led the team with 21 points. Dominique Jones and former Thunder for 10 minutes Rodrique Beaubois led the Mavs with 17. The Mavs hope Beaubois will serve as a scoring presences off the bench after losing JJ Barea in free agency.

It’s preseason. The Thunder turned the ball over 25 times and took 24 less shots than the Mavericks. They did however shoot the lights out. OKC shot 56 percent from the field, 10-21 from 3 and 34-41 from the free throw line. Here’s how you know it was the first game though: Eric Maynor had six turnovers.

Haywood bricked three of three from the line. So far he is sporting a perfect brickrate of 100%. Celebration for our third best Center, Beaches! [nsfw]

On the other Hand, Dirk missed no FTs. 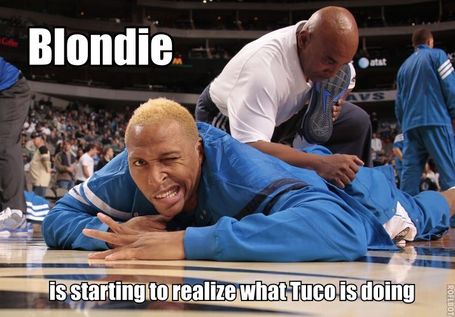