Preseason: Mavs @ Thunder Post Game 2 Quotes "Are we there yet?" 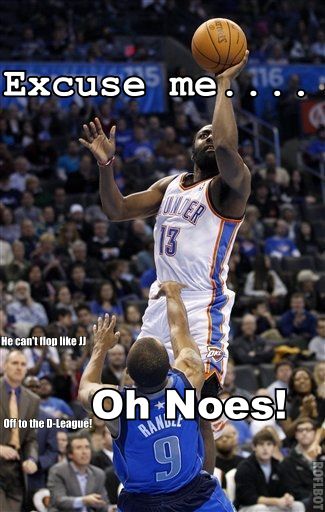 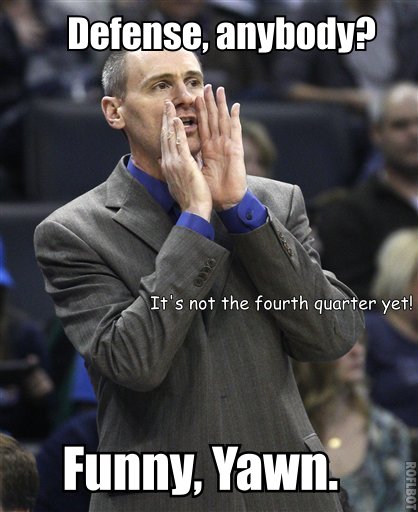 (How you liked them Game?) "I liked the first quarter. I liked the latter stages of the fourth quarter. The part in between was rough, so we have to work through it."

(On the Mavs) "Overall, we’re going to have to be a lot better and we know that. The calendar dictates whether it is nice to have the preseason complete or not nice, and we have to proceed from here. So, basically, we have four days then we have to play. Btw, my contract is guaranteed, right?"

(On Odomario'ndirk) “Dirk, Shawn and Lamar were all out there for one stretch and that is a lineup we felt we had to look at. We are going to be playing it some here and there, I’m not sure how much. But the only way to get everybody more acclimated is to play them through some of these struggles. I’m going to remain upbeat but realistic about it.’’ 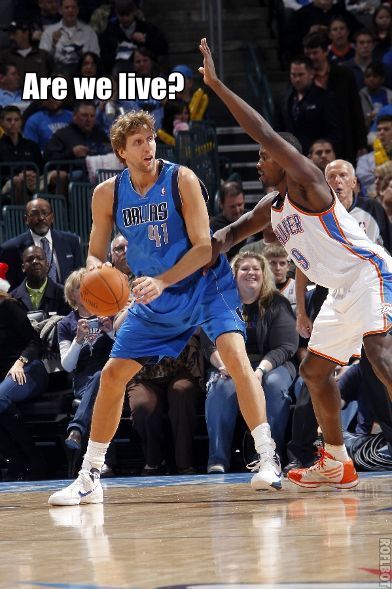 (Trying to get the whole team amnestied, huh?) "I think our goal can not be the best team right now. In a week, our goal is to get better and better game to game. Hopefully by April, May and June we can be back to where we were last year. However, we know we still are a piece of work."

(Fast like snails) "Obviously, with the short training camp and new guys, it's going to take a while. We really haven't had a game under our belt as a complete team, having Jason Kidd and I resting the first game, and we had a bunch of people sick tonight by watching us.

(On Odomario'ndirk) “We had a lineup there in the second quarter with Lamar and myself and Shawn, and we’ve never played together, and that’s how it looked. They made a 10-0 run, we were stagnant a little bit offensively and didn’t know what to do. So that lineup wasn’t great today, but I think it can be a weapon in the future when we get used to each other. It’s going to take some time as well. I think, especially all three of us are long and can switch a lot. And on offense we’ve got to keep moving the ball. That lineup today was a challenge, but it can only get better.’’ 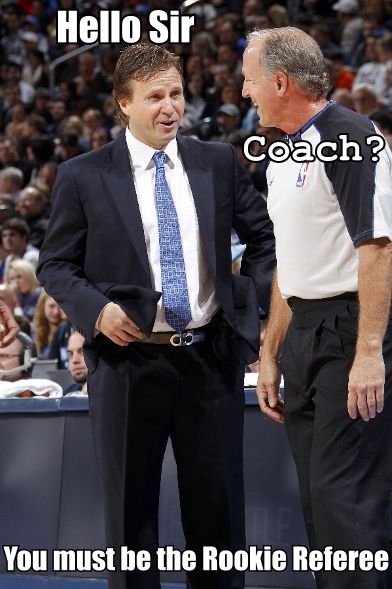 (On Offense) "We missed a lot of shots that we could make, but the passing was good tonight,"

(On winning both Preseason Games vs the Mavs) "We understand that they are exhibition games and they are the world champs. I've been on good teams where you're just trying to get through the exhibition season and can't wait for the regular season."

(On the Thunder) "I give ourselves a pretty good score. In the last 12 days of Training Camp and the two games, we were good. The attention to detail, the level of concentration every day was good."

(On Coaching) "We have a team that believes in each other and believes in the team. They do a great job of competing and that’s what I enjoy about coaching this team." 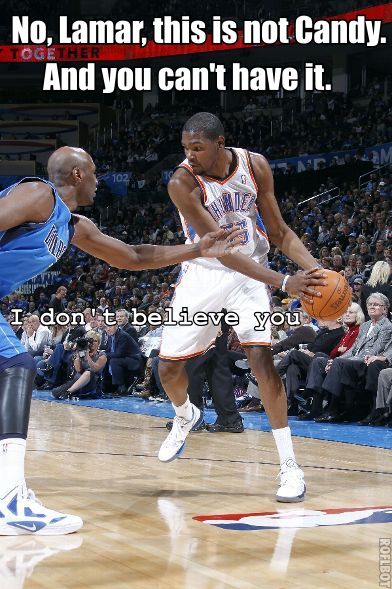 (On the two-game sweep) "Please don't read too much into it. Those guys, they rested a lot of guys. A lot of guys didn't play a lot of big minutes, but it was good for us to gauge to see where we're at. We got two good wins. Hopefully we can try to carry some of that into this game on Christmas against a great Magic team."

nope, nothing so far (don't expect, too)

How well did the Thunder do tonight? They managed to outrebounding Mavs 51-39. Like the final score, the margin was much larger when the starters left. At one point, The Thunder had a 35-17 rebounding advantage over the Mavs. Tyson Chandler will sure be missed this year.

Nick Collison mixed it up with Lamar Odom late in the third after Odom took exception to a hard Collison pick on tiny little Jerome Randle and then Collison took exception to that exception. Odom came hard at Collison, shoved him and started talking. Collison shoved back and gave a very loud and clear "F— YOU" in Odom’s face. Even after the quarter ended Odom was still talking to the Thunder bench as he walked to his. Obviously Odom was trying to make a statement to his new teammates, but it was a weird way to do it.

Haywood bricked none from the line.Also took none in 21 minutes of falling behind by 20 Points. So far he is sporting a perfect brickrate of 100%. Celebration for our third best Center, Beaches! [nsfw]

On the other Hand, Dirk missed no FTs. 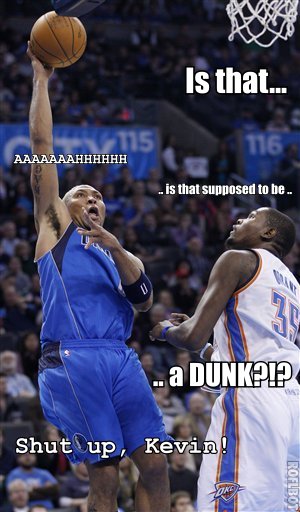 Disclaimer: If you couldn't tell by now, all italic sentences are made up thoughts, not actual quotes. Not much stuff there, yet.