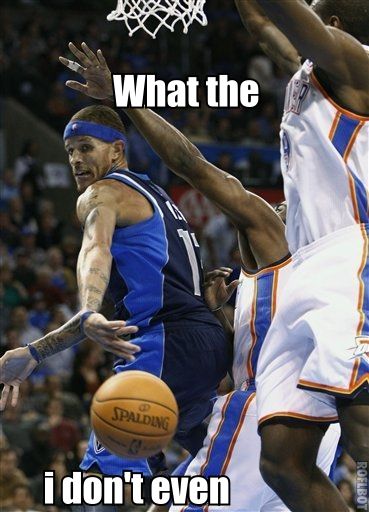 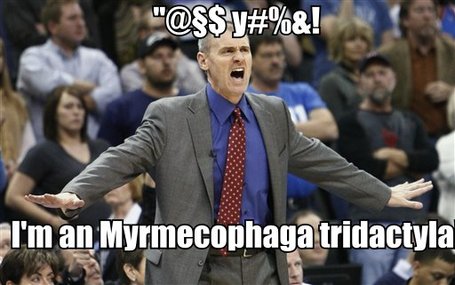 (How you liked your starting Center tonight) "He set good screens and put himself in a position to be a recepient of the ball and make plays. Hey look, I liked our center position tonight.’

(On Durant's Gamewinner) "Durant came off and made a phenomenal shot. I don’t know how far, 30, 32 feet, whatever it was. He’s capable of doing that. Right now, he’s probably the best player in the league with what he has been doing in the first four games. He’s capable of that. Again, when you’re going through a tough stretch, those type of shots go in against you. Right now, that’s our reality."

(On Carter) "I can't tell you how impressed I am with Vince Carter after three games.You're talking about an eight-time All-Star. And, really, if you look at his stats and his career, he's a sure-fire Hall of Famer. He is willing to do anything we ask of him to help us win. He was willing to come off the bench, no problem. I had him come in for one possession when Dirk was out. He hit a big shot, then came right back out of the game. Then he's ready at the end to knock in that shot. That's what we need. We need some other guys to step up that aren't getting it done. Anyone seen the Kardashian?"

(On Cuban breaking up the team) "There’s every built-in excuse in the world for our team -- if you want to look for them and buy into them -- but we’re not going to have any of that. We have a different team this year. Our owner did the right thing breaking up the team -- for the franchise. That’s the right move for the franchise, and so, the guys that we have, have to make this work. And as the coach, I’ve got to make sure they’re doing the right things to do that. Hey, that’s the cold-blooded truth.’’ 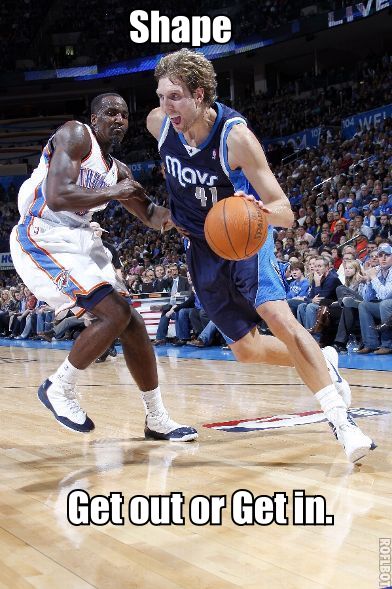 (On Durant's Gamewinner) "He shot a 30-footer fading away. That’s a heck of s shot that not a lot of people in this league can make."

(On the State of Play) "It took a heck of a shot from Durant to beat us. So, definitely a step in the right direction, but this league is cruel. A loss is a loss and now we’re 0-3."
(On the Mavs) "I like the fight we showed. For the first time, trying to get up and play together and fighting for each other out there. That’s what’s gonna get it done in this league. Nothing's going to be given to us. I think we realize as a team that last year is over and we've got to build on what we have and the guys that we have, and I think that definitely was a step in the right direction." 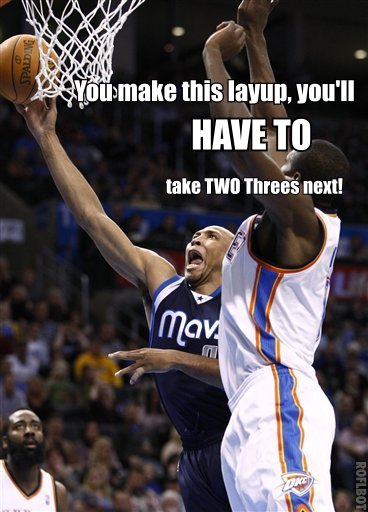 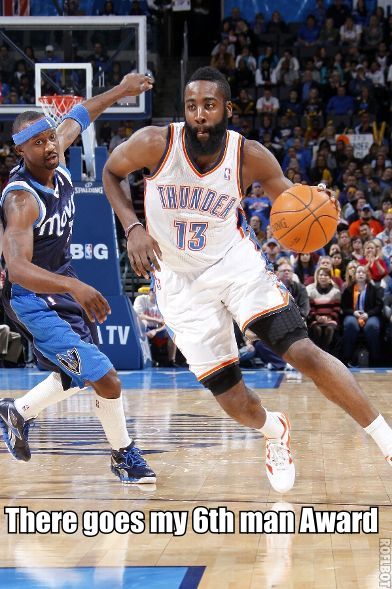 (On Carter hitting an open 3) "Vince has made that shot time and time again. To see him do that, for us, it lets you know we have another option, which we knew we had, we just hadn't seen it yet.''

(On the Centers) "Our five men were active. Everybody's talking about Tyson being gone, but the way they played tonight, we'll forget about Tyson real soon.''

(On Odom's struggles) "He's going to get into a rhythm. Basketball's a rhythm sport. Right now, it's not happening for him. But it will soon. And when he has that breakout game, it'll be something for him to build on and he can start putting together two, three games of consistent play on both ends of the floor.''

(On the Mavs) "If you looked at those first two games, that wasn’t the Mavericks at all. Tonight, this was the Mavericks."

(On the Thunder being favorites in the West) "If they're picked to win the West, we certainly like that. That's a good sign. We're not too far away then."

(On the Game) "This was an encouraging game for us. Yes, we wanted to win, but tomorrow is a big game. We've lost two in a row at home. It's time to get a win." 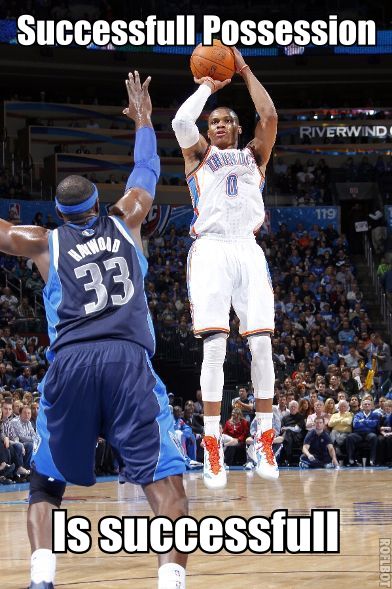 (On disappoint, Son) "We had the game won and Durant throws in a helluva shot. It's just disappointing because we fought very, very hard and it looked like we had the game. We made a lot of plays to stay in the game, but it just wasn't enough tonight, so it's very disappointing."

(Your preference, getting blown out or beat by 28-footers at the buzzer) "I'd rather lose by 50 or get my butt kicked by 30 any night. I don't want to lose anyway, but at the end of the day, the first two games were just inexcusable." 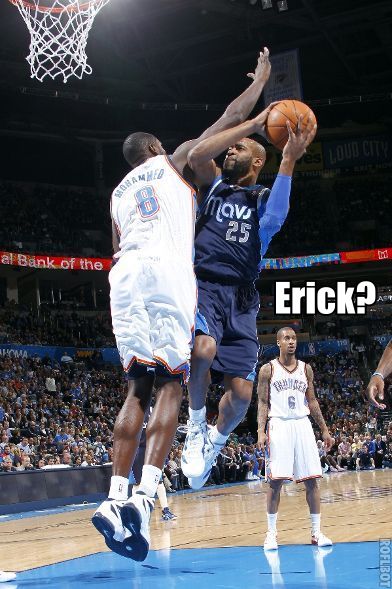 (On his Game) "For me, when my number is called, I’m just trying to be effective. For this team, it’s not about how many points you score. Move the ball and be effective."

(On starting/ coming off the bench) "I told Coach, 'Hey, whatever, it's all about winning.' That's what I want to do. I'm not really into arguing about, 'Hey, I should be starting.' No, I should be productive for the team and that's what I worry about." 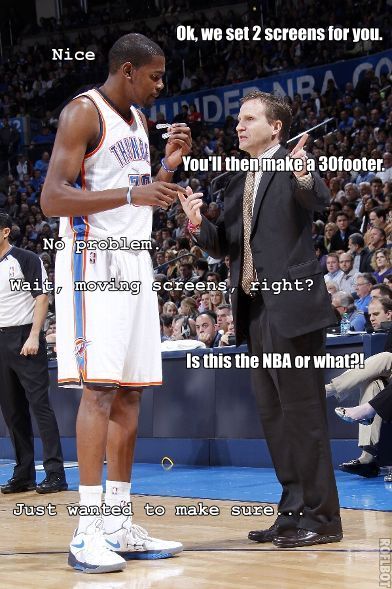 (On the Game) "I thought that was about as hard as we could play. After the end of the game you always want your team to have an empty gas tank and our tank is empty. Everybody chipped in defensively. That’s the thing we have been focusing on. We held a very good team to a low shooting percentage. We won the game on the defensive end."

(On the final play) "I drew it up that way, but everybody knows special players make decent coaches. That was a big play. I had a great angle, and I knew it was right on target. I just didn't know the distance. But it looked good from the start."

(On Carter's Three before) "We didn’t want to leave their shooters and we did. Kevin did leave Vince Carter. He came back and made a big shot."

(On the Fans chanting "Russ-LL") "I’ve never seen, in my 20-something years of being in the NBA, what the crowd did. They knew he was struggling. They watched our game last night. He struggled. But when he made the layup and the free throw and they were chanting his name out, that’s special. This is a special place to play." 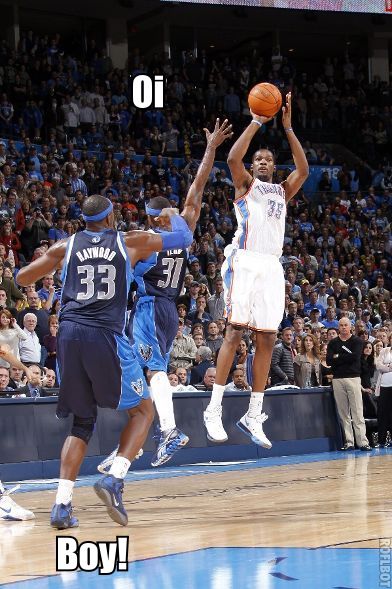 (On the Gamewinner) "James set a great screen, Thabo made a good pass and I just tried to finish it off by shooting a good shot. I am glad it went in. It is special to hit a game-winner. The season is still young, but to beat the champs in the early season is still pretty cool, but we have to move on and get ready for the next game."

(On the Game) "When two tough teams go at it, it always comes down to the last play. I made a bad play and tried to get a block on Dirk, but he made a great pass to Vince Carter. All I could remember coming to the bench was Reggie Jackson screaming out, ‘You are going to make the last shot.’ I just tried to be confident and told myself I could make it and I did."

(On his Game evolving) "I feel more confident in myself. No matter how bad or how good the game's going, I always want to be positive and tell the guys that things can get better. I think this game is mental, and I'm just trying to change my mental aspect of it and be more of a leader."

(On the chant) "The crowd was unbelievable tonight in encouraging him, and I think that gave him an extra push. We can do so much. We’re always on top of him and encouraging him. But for the fans to do that meant a lot." 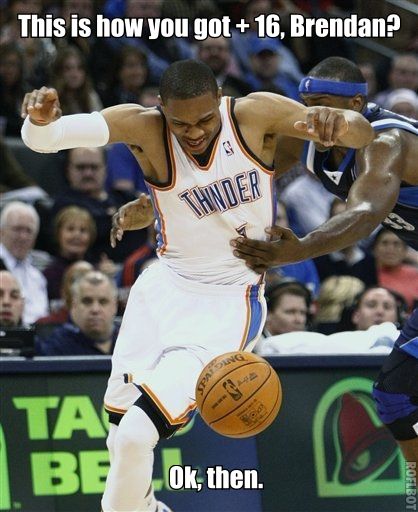 (On the Chant) "It’s amazing what these fans will do for you, man. I love this city and my teammates. I’m just thankful."
(On Durant's Gamewinner) "He lives for shots like that. He’s come such a long way. I’m happy for him."

I'll update this page later tonight after I'm done icing my hand and pick up all the pieces to my remote.

On Dallas’ final possession, with the Mavs trailing by 2, Dirk drove to the top of the key. The defense collapsed on him, allowing Dirk to hit a wide open Vince Carter who nailed a three. This gave the Mavs a one point lead with 1.4 seconds remaining. OKC called timeout but it seemed like this game was going to end like most of the Western Conference Finals games last year. Where the Thunder are able to keep closing but letting the game slip away from them at the end. But Durant was able to hit the buzzer beater, and keep the Thunder perfect for the season.

The Mavericks are still facing some serious rotation problems. For some reason, Vince Carter and Lamar Odom were punching in less minutes than Ian Mahimni, Delonte West, and Brandon Haywood. I understand that they were struggling, but so was Jason Kidd, who had a 3 assist, 3 turnover night.

Kevin Durant is clearly a one-upper.

Russell Westbrook had the arena chanting his name. Had everyone inside Chesapeake Arena behind him, believing in him, supporting him.

And then Durant went all Durant and hit a game-winning shot. Such is the life of a second banana, I guess.

Dallas also changed up their defensive profile, as a team that used to challenge shots well and force few turnovers gave up a 63.5 effective field goal percentage while forcing a turnover on over a quarter of Oklahoma City’s possessions. That eFG% allowed will need to come way down, but the inflated turnover rate makes me wonder: is a scrambling pressure defense a better fit for this group than the system previously anchored by Tyson Chandler? Dallas doesn’t have the same defensive infrastructure anymore, but they do have length, savvy, and a handful of capable thieves. This particular game may be misleading given the sloppiness of the Thunder offense, but there’s something to be said about the way Kidd, Marion, and Delonte West created turnovers. Russell Westbrook’s erratic play was partly to blame, but this game could bare the blueprint for a more aggressive defensive style. Maybe that’s not the recipe for the Mavs, but considering the long-term concerns in Dallas’ defensive rotations, it could be an option worth considering.

Yet, with one competitive game, the West is back in sight for the Mavs. Of course, that perspective can change as quickly as the sun rises and sets again.

If the Thunder turns it over 10 less times this might have been a blowout.

Haywood bricked one of one from the line. So far he is sporting a strong brickrate of 80%. Celebration for our third best Center, Beaches! [nsfw]

On the other Hand, Dirk missed no FTs. Carry on 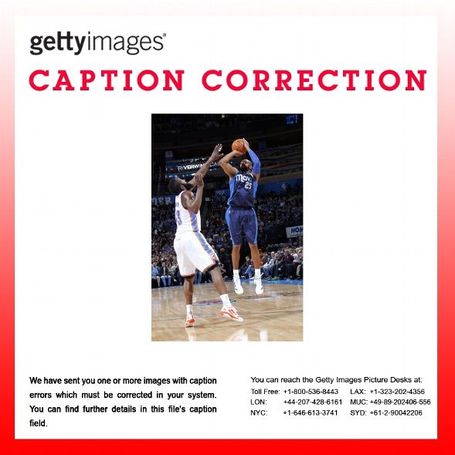 ATTENTION EDITORS:The main player was misidentified as Erick Dampier. The correct name is Vince Carter. This applies to the following photos:GYI0067811918.jpgGYI0067811922.jpgGYI0067811534.jpgApologies for any inconvenience.

Your vertical is that bad? 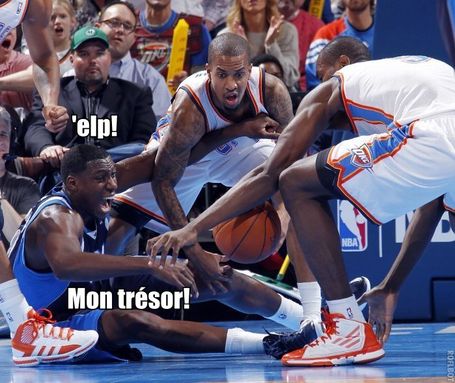