Some Nights, the NBA-Train stops only at Blowout Central Station. Other times, Nailbite Crossroads is the place to be. Yesterday was one of the latter. 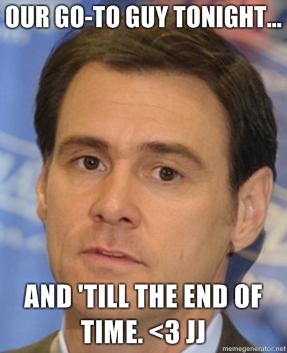 (On the Game) "Tough game and we knew it was going to be tough going in. They are a persistent team. They play well at home. We didn’t play our best game. We had some guys...well, Dirk struggled with the wrist obviously so we needed to have some balance and needed to make some plays down the stretch."

(On Barea) "Barea had a great game. In the fourth quarter he was our go-to-guy to make plays and he just did a great job of scoring the ball. A couple of times he kept the ball alive for us. Then he battled on defense. It came down to a couple key shots at the very end very much like the last game."

(On the Run to the Halftime banquet) "The most important stretch I thought was the last four minutes of the first half when we closed out on a run and got a lead. But we’ve got to help ourselves create those runs earlier in the game."

(On the Bench) "We expect our bench to produce. We have one of the best benches in the league. A lot of these guys have been starters. Frankly, we need that every night because we're not good enough otherwise right now."

(On Nowitzki) "Dirk is struggling with the wrist, obviously. So, we needed to have some balance and we needed to make some plays down the stretch. We need others to pick him [Nowitzki] up. The wrist situation is a tough one for him, because clearly his shot doesn’t feel right. And we just hope that day by day it gets better."

(On playing Denver next with both teams on a B-2-B) "We’ve just got to play our game and play it well. Denver is a tough place to play because of the altitude and it’s tougher because they’ve got a good team. So, we’ll do what we’ve got to do." 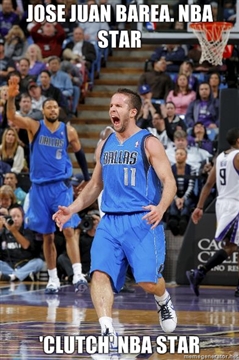 (On the Game) "The guys did a good job of setting pick and rolls for me. I was getting into the paint pretty good and my team and coaches kept giving me the ball and kept telling me to be aggressive and it was working out."

(On playing the Kings) "Sacramento is a great team. They have good players. They always attack and they never give up. They have a good game plan. It’s always fun." 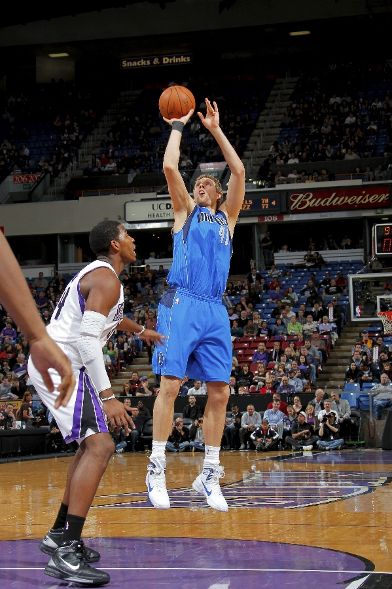 "Not tonight, and you can see why."

(Lollygag, lollygag, oh lolly lolly gag..) "I thought we were a step slow to everything, especially at the beginning. The energy wasn’t great there in the first quarter."

(On the first half overall) "We started off a little slow and we had a great finish there to get into the half with a nice run."

(On his wrist) "I’ve just got to fight through it. I’m not really worried about it, it will get better game to game. Hopefully, obviously." 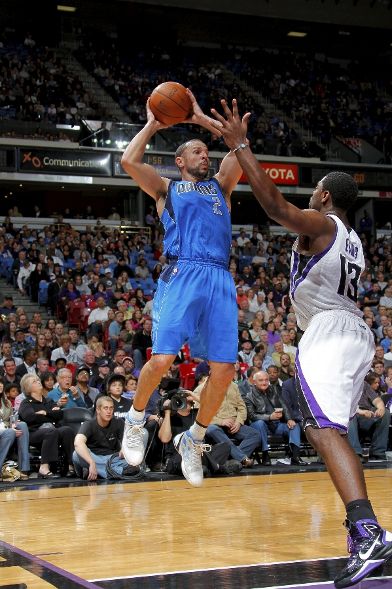 (On streaking) "It’s funny it’s changed pretty fast for us. We had lost six in a row and I thought we were going in the wrong direction. And then we started to get a little healthier, started playing defense like we did in the beginning of the season, and that’s helped us. But we’re not looking at it as if we’ve won 10 in a row or one in a row. We’re just trying to get back to where we were at the beginning of the season."

(On the NBA STAR) "You look at J.J. and a lot of people feel like he shouldn’t be in the league, but his heart is as big as his body and he’s a competitor. And what we all love about J.J. is no matter how many minutes he plays, he plays hard and he works hard. And you can see the hard work paying off. It helps when we can stretch the defense and you can throw your fastball right down the middle. And he’s our fastball, maybe our change-up when Roddy [Beaubois] gets back."

(On Dirk struggling) "It’s not just built around Dirk, that’s the beauty of this team. You’ve got so many guys that can step up. I could name the whole roster, but I’ll just keep it short. But if Dirk is struggling or not up to par, then you’ve got other guys that can carry the load." 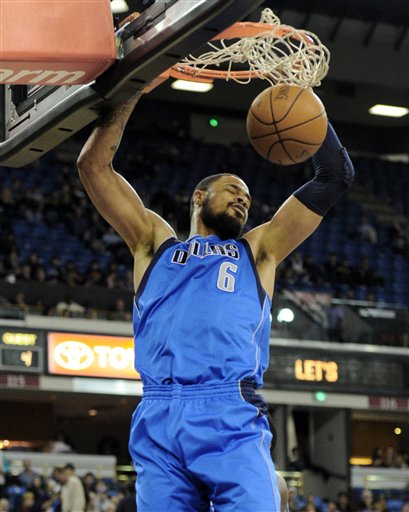 Close your Eyes, it's alright..

(On the Mavs) "We’re playing better basketball right now. Moving the ball and communicating out there. We’re on a roll right now."

(On Demarcus Cousins) "He’s an aggressive young player. He’s another person out there. I think he just has to get a better feeling of the game and understand the time and all that kind of stuff. I like his aggressiveness. I think he’s going to be a great young player. It’s just a matter of him getting his feet wet a little more."

(On the Kings) "They are a tough young team. Once you give them confidence they are really deadly. They have an inside-outside game. They can make it tough on you on any given night and tonight they were hitting some shots. They were good at penetrating our defense. It took us all four quarters to get this one." 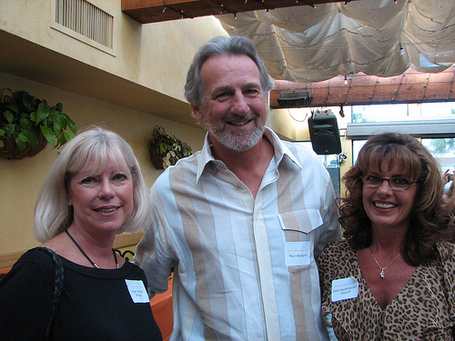 "So much for college girls."

(On the Loss) "I don’t like losing. I don’t ever want to sound like I like losing or make anybody think that that’s what the object of the game is, in the NBA, because it’s not. The object is to get wins. I try to tell the truth as much as I possibly can in these things and that was a great basketball game. Whatever problems we’ve had closing games; that was not evident tonight. That was a great basketball game. We played great; they made big plays down the stretch. We did everything that you need to do to win a game and came up short against a great team that did a little bit more to win the game. I’m very proud of these guys. You can pick any game apart and say ‘you should’ve done this’ or ‘that play didn’t work’ or ‘what about this call’ or ‘what about that decision’ – yeah, that’s all fair and that’s the way it is in the NBA when you have a great game. I was very proud of our effort tonight."

(On Cousins' second technical) "Well, officials do that when a lot of times guys get tangled up and they think they’ve been doing it too much, the way they control it is to give a double technical. The problem is that when your double technical hits a player who already has a technical, he’s done for the night. It was very costly. Obviously the remedy for that is don’t get the first technical and leave the officials alone, which is a very important lesson that DeMarcus needs to keep learning. It’s hard for him because he’s so passionate but it’s a dead end trail."

(On JJ 'NBA STAR' Barea) Barea, he’s one of the quickest players in the league. He’s shifty and they set a lot of screens for him and he can get going like that some nights. Unfortunately for us, he and Jason Terry and Jason Kidd all had it going on the same night. In a different way, they all are extremely tough matchups and they all made big shots and big plays for them. Barea, as much as anybody, was the difference in the game."

(On Evans last drive) "It was a play we called out of the time-out and it was designed to spread the floor, set two screens for him and have him either step back and shoot the three or get to the rim; and either take the shot or find the open man and spread out. If he missed we had two big guys at the boards. I thought the play went well. If it was my preference, I would’ve like to have had a foul called on that play but you don’t always get what you want. I thought we executed well and came up just a little short." 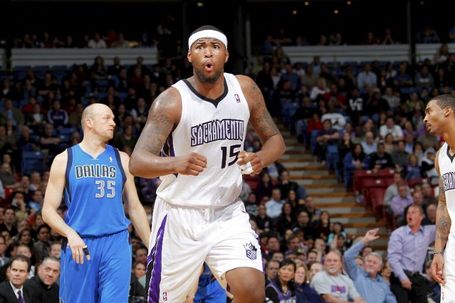 Head: "You should see him pregame, he's literally going through all our ipods, suspiciously looking for somebody that listens to the same weird songs as him..."

(On the techs and his ejection) "They felt it was a technical so that called it. Not much I can do."

(Did somebody explain to you why you got the tech?) "I wasn’t given one [explanation]. On the first one either. I never get explanations."

(On Dirk scoring only 10 Points) "It was a good defensive effort. Sammy (Dalembert), JT (Jason Thompson), Carl (Landry), they did a great containing him tonight. They did a good job defending the pick-and-roll and their bigs from getting the lobs that they usually get. It had nothing to do with him having injured his wrist last game. Nope. Nothing. Zilch. Nada.Nil...umm, where was i? I thought we did a good job. We just got to do a better job of guarding the pick-and-roll with the guards." 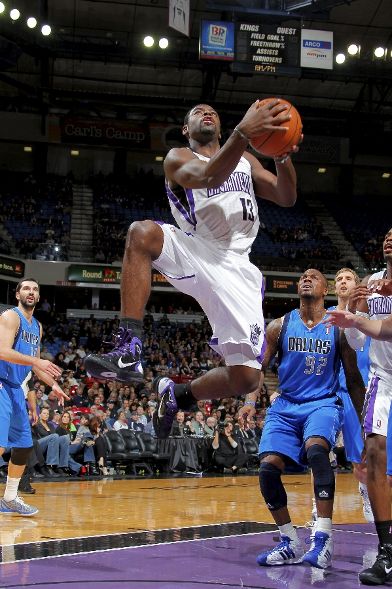 (On the last play) "Coach drew up a play for DeMarcus to set a pick, then just to try to attack and get a foul. They didn’t give us the call. I probably should have pulled up. Next time I know."

(On the Kings' bench) "Luther (Head) came in and played great. He came in with no hesitation. Sam came in on fire and he did a good job on Dirk too."

Religious Highlight of the Night

Secular Highlight of the Night

It wasn't enough though. J.J. Barea became possessed in the 2nd half, getting to the rack at will, no matter who was guarding him. He blew by Beno, Luther and Tyreke regularly. He and Jason Terry just wreaked havoc on the Kings defense, and Sacramento had no answer. Barea and Terry came up big in the clutch as well, both sinking huge three pointers late in the game to seal the win for Dallas.

Haywood bricked TWO of THREE from the line, because last game's best player didn't even play. Celebration for our third-best Center, Beaches! [nsfw]

Jason Terry (22 points) and Jose Juan Barea (20), neither of whom started, led the Mavericks past the Kings, 102-100. It was the second time this season (both over the past 16 days) that Terry and Barea each scored at least 20 points off the bench in the same game. No other pair of NBA teammates has had more than one such game this season.

Disclaimer: If you couldn't tell by now, all italic sentences are made up thoughts, not actual quotes. Also, breaking news, the Mavs tied their shoelaces backwards and are subsequently on a 10 Game Winning streak.

The Mavs (beat/lost to) [the Sacramento Kings]¹ tonight (thanks to/despite) Dirk’s Awesomeness at fouling (Game-high 5). The (cloud in the silver lining/major culprit) once more as usual was the lack of support from his team-mates, with the exception of Tyson Chandler/Jason Kidd². Especially useless was Jason Terry/Deshawn Stevenson/Brian Cardinal/Jose Barea/Shawn Marion/Brendan Haywood³ and it is (GUESS WHAT) THEY’RE ALMOST NOT ALL USELESS!

² Only one of them, mind you. Chandler grabbed 4 rebounds in 28 Minutes. Fo shizzle.