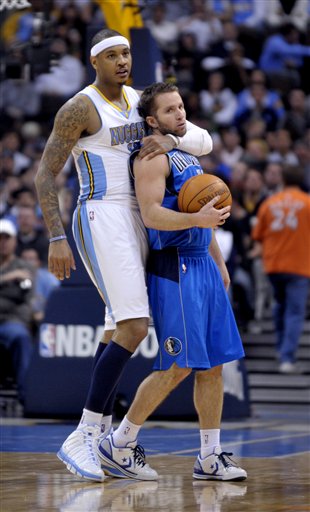 Somebody is shooting 25% from the Field and 11% from Three...on 8 Shots per Game...which wouldn't matter if the Mavs actually played Defense. Good God, 2 Grandmothers and one UNDOING? 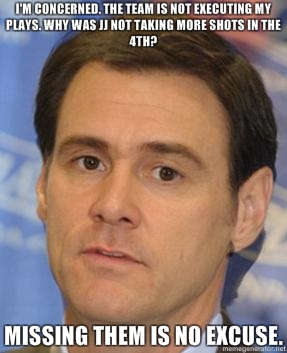 (On the Game) "I’m more concerned about our total game than the last play. I’m not gonna agonize over the very last possession. There’s a lot of other things we can be doing better throughout the course of the entire game. And that’s as big a concern to me as what happened at the end."

(On the 4th Quarter) "They made some unbelievable shots. We had some breakdowns, and we didn't' get the ball in the hole often enough."

(What does this team need?) "We need five or six guys in double figures to be a successful team. And we had it tonight and it came down to one tip of the ball one way or another."

(Don't say it....) "I look at the entire stat sheet. Our undoing was the entire first quarter."

(On the last play) "We were just trying to get matched up and Afflalo made a play. He just hit a shot. He had a big game, had a big fourth quarter." 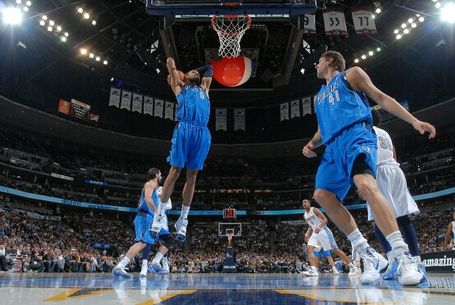 (Do you always have to tell the truth?) "If we want to be a championship team, then we’ve got to close games at the end. This is one game, one game lost at the buzzer, but I’m talking future. We’ve got bigger goals and aspirations. So, this is one thing we’ve got to grow from." 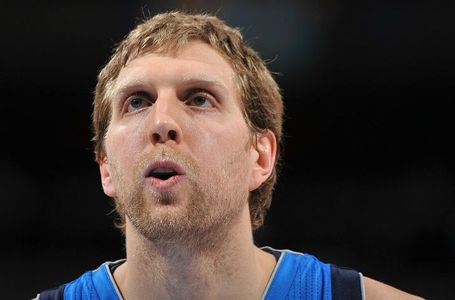 Slightly cross-eyed on this one.

(On the Loss) "Losses are never easy, especially if you lose it that way. We did everything to win that game. But it all evens out. Last week in Boston, we stole that one. And in this league, sometimes it happens when down the stretch you can't get anything going and the other team steals the game. If you’re up eight or nine in the last two minutes, you’ve just got to find a way to win. So, this is disappointing and it’s a tough one to swallow."

(On the End) "It was a tough finish. Afflalo basically was a non-factor for three quarters. Then, all of a sudden, he throws everything in. You can swallow Melo's threes and we swallowed them all night. But Afflalo gets 19 points in the fourth quarter and the game winner, that's a tough one to swallow." 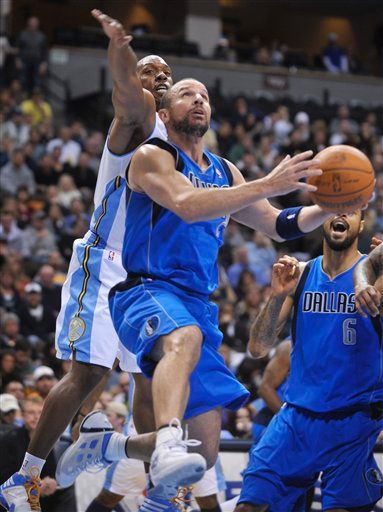 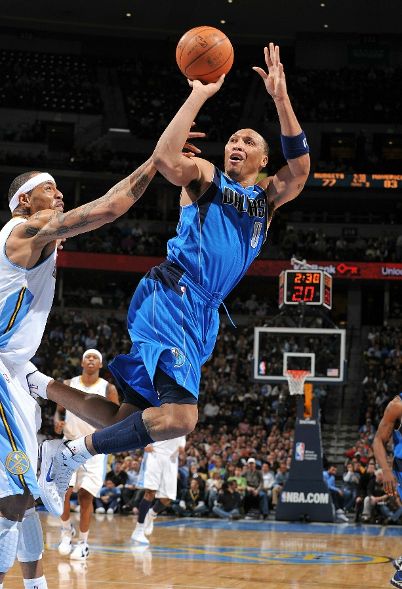 So wrong on so many levels.

(On the last play) "I was there. He hit a tough shot. He got it going and he deserved it."

(On the Nuggets) "When we had them down we should have kept them done. We let them back in the game."

(On the End) "We had our chance to win this game, but they battled back and hit a tough shot to win it."

(On losing after leading 103-88 and 113-104) "It don't take but a second to change the momentum, especially in the high altitude up here. They hit a couple shots and you miss a few shots, it's a game that quick." 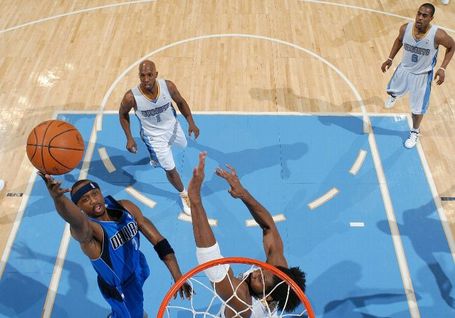 (On not closing) "It's been biting us all season long. We've had a lead and not been able to put teams away." 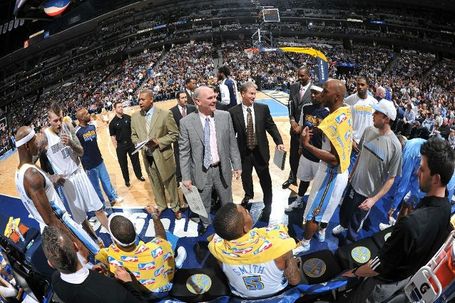 (On the last play) "If Melo was in the game, we were going to stick him in the corner and see if we could get the pick and roll with Chauncey and Nene, but we had to change positions and put Arron down there."

(On the Game) "I think there are games in the year that you remember, and this will be in that slate. Come June, you'll talk about some of the crazy games, and I'm sure this will come to everyone's memory," head coach George Karl said. "And sometimes you can use the confidence and the karma of the game and get the funk out and think good thoughts and hopefully get a couple on the road."

(On Sloan gone) "I can't tell you I'm not emotionally drained by the decision. I heard about it last night a little bit and then it came to fruition; it was a tough one to swallow." 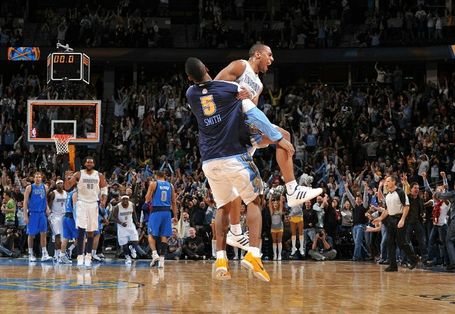 (On his Gamewinner) "I've hit some big shots before, but never have I made the game winner at the buzzer."

(On the Play) "Chauncey did a great job of being patient. When he figured he wasn't going to get enough space to get a clean shot off, I was just ready. When he passed it to me with about three seconds left, I knew I had enough time to get a one-dribble pull up off, and at that point it was just about getting a clean look and shooting a comfortable shot. That was all I had in my mind, get a clean look." 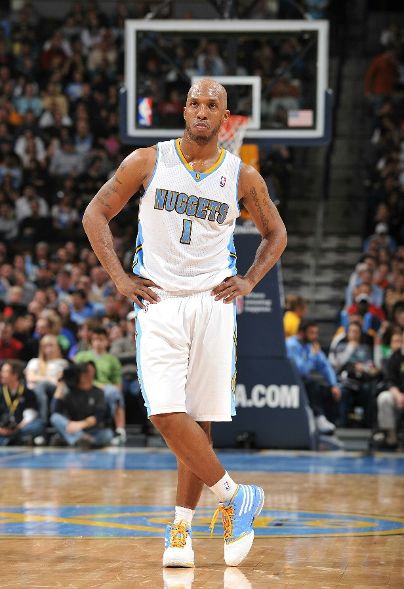 "Barkley? That's quite the loquacious Family."

(On Afflalo) "I'm really, really happy for him. When I see the way he works on his game, day in and day out, and finally reap some of the benefits of that, it makes you proud."

(On the Third) "I had some open shots early and it kind of snowballed. It was a great quarter." 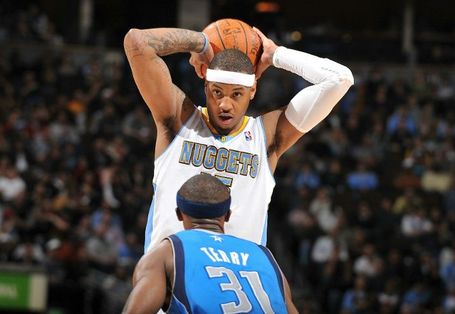 "Is this a joke or something? Imma drop 42 on this fool."

(On the Game) "We fought. That whole second half, we were up 18 early and they came back, and we just kept fighting. We came back in the end. These games are fun. We pulled this one out."

(On scoring 42) "As long as I'm in a Denver Nugget uniform, this is the kind of effort you are going to get."

(On Trade rumors) "There's a lot going on, not just for me, but for the whole organization. When we're winning basketball games, nobody even notices that stuff. When you lose, it's magnified 100 times."

Denverstiffs Best Game of the Season

...the Mavericks diminutive backup point guard Jose Juan Barea single-handedly brought Dallas back into this game. Barea would finish the game with a +/- of +15, second best on the team. The best +/- of the night belonged to Brian Cardinal...proving once again that the +/- system is a bit flawed. But you can't say enough about Barea's effort tonight. He absolutely killed the Nuggets. Finally, Kenyon Martin had enough and blocked Barea's last field goal attempt of the half out of bounds. Barea and K-Mart both chuckled, and exchanged a gracious high-five with each other.

That huge lead the Nuggets built up was decimated seemingly in the blink of an eye as Dallas went on a huge run (8-0 at one point) and pulled the game within a few points. It was at this time that we saw guys like Tyson Chandler, Shawn Marion and Jose Juan Barea far exceed their usual outing and begin tormenting the Nuggets on both ends of the floor. This has truly become an achilles heel for the Nuggets this year: constantly letting role players come way more than just role players. Does anybody else notice this, or is it just me? For some reason it’s never the Dirk Nowitzki or Kobe Bryants of the world that kill us, it’s the Ryan Gomes, Dorell Wrights and Jose Juan Bareas. Needless to say the 2-3 zone implemented by Rick Carlisle was probably our biggest downfall, and it always will be until Karl can formulate a plan to work around it.

Haywood bricked ONE of 1 (100%) from the line. Celebration for our third-best Center, Beaches! [nsfw] 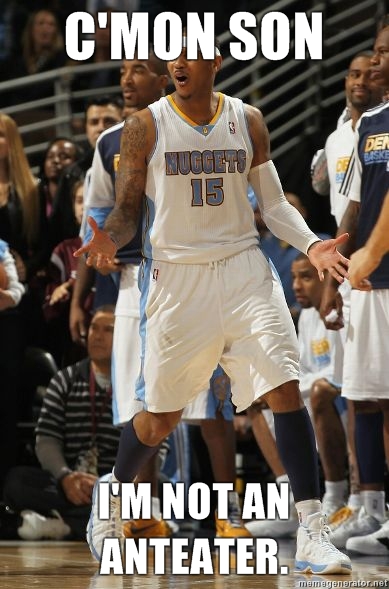 Disclaimer: If you couldn't tell by now, all italic sentences are made up thoughts, not actual quotes. Also, breaking news, the Mavs forgot to tie their shoelaces backwards and are subsequently on a 1 Game Losing streak.

The Mavs (beat/lost to) [the Denver Nuggets]¹ tonight (thanks to/despite) Dirk’s Awesomeness in giving the Mavs Defense opportunities to shine. The (cloud in the silver lining/major culprit) once more as usual was the lack of support from his team-mates, with the exception of Tyson Chandler/Jason Kidd². Especially useless was Jason Terry/Deshawn Stevenson/Peja Stojakovic/Jose Barea/Shawn Marion/Brendan Haywood's FTShooting³ and it is (GUESS WHAT) THEY’RE ALMOST NOT ALL USELESS!