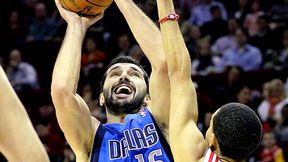 K-Mart has the hot Price Peja!

When Henry Abbott of Truehoop shoved Credit for Derrick Rose's improved FTA's to John Hollinger, i laughed wholeheartedly. But apparently, calling out Players works sometimes. So let's keep on keeping on. 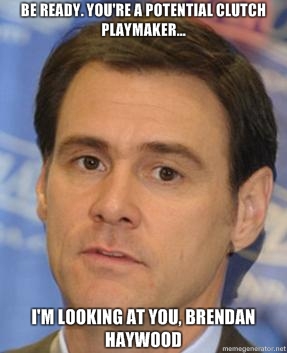 (On Stojakovic) "A guy like Peja opens up space for everybody, Dirk included. So, look, it’s an asset for sure."

(On the Win) "Look, any win after a loss is good. Again, we’ve got to be more solid with the basketball that last six minutes of the game tonight and not put ourselves in harm’s way. That’s something we’ll continue to study and look at, and I’ll continue to be on these guys about it."

(On 7 Players in double figures) "That balance, I think, defines who we are. We’ve got to have everybody ready."

(Ready?) "Any of the guys in the rotation are potential clutch playmakers. That balance defines who we are." 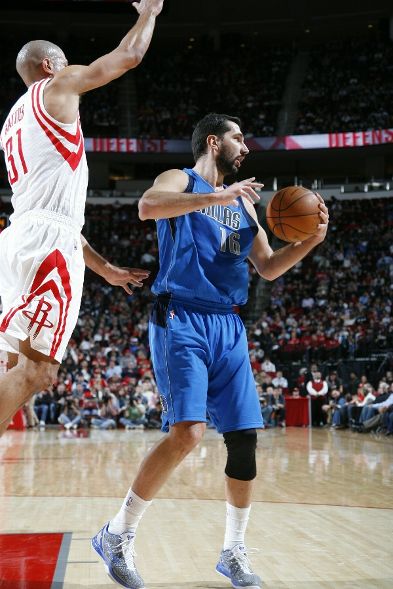 "You know what? I think i'm gonna start shooting a little if he doesn't stop it with the jumping."

(On his 3pt-shooting) "Tonight I got it going with some little easy ones. Tonight I was able to get in a rhythm and I was able to make them. It’s so much talent out there at the same time, and I’m trying to get involved in the offense without taking away from the guys that have been playing so good so far. Just trying to get myself involved in the offense, and any time you get a few easy ones I think you get a rhythm going." 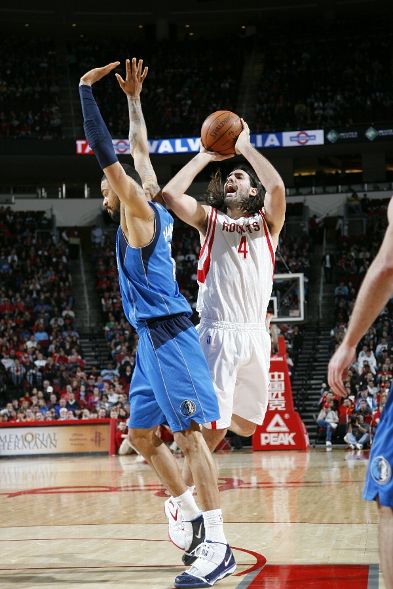 "Aaaaah! Your Triceps is fouling my Elbow!"

(On the Win) "I’m happy with the win. A lot of times a game like the one we lost in Denver is tough to bounce back from such an emotional game, emotional loss. But we came out tonight and we were ready to play."

(On Hot Peja) "He started reminding me of the guy I know. I’ve been telling guys it will take him a little while to get his legs underneath him, and he still doesn’t have them totally underneath him yet. But once he does, it’s pretty to watch."

(On the Alley-Oops) "Whenever you have an opportunity to make an emotional play like that, you can always get your team fired up. And at that point we were on a run and that boosts you up. It gets you going harder on both ends." 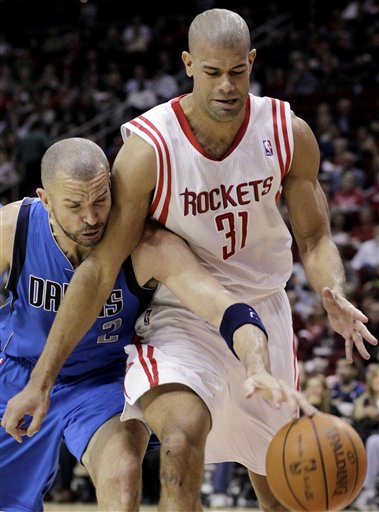 (On Peja closing in on Kidd's 3rd Place in Made Threes All-Time) "That's an added dimension that we've been missing, and it just makes us deeper and stronger. As long as he keeps making them, he can pass me. I'm just happy to be in the top five." 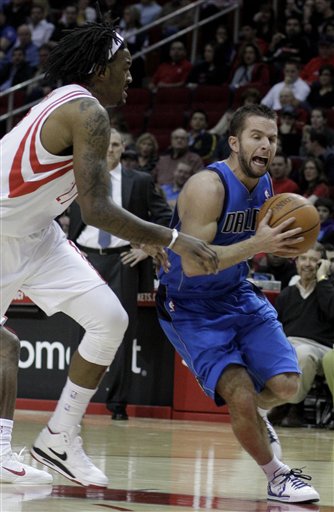 "Aaayyyyaaaaaayyyy! It haz dreadlocks! It's a Predator!" 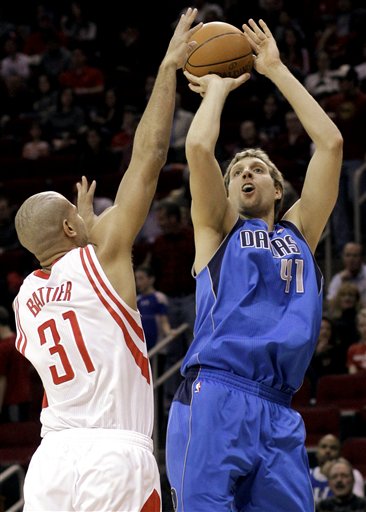 "There's really nothing you can do at this point, Shane."

(On getting a 23 point lead) "That was definitely fun to watch, especially in the third quarter."

(On Stojakovic walking by in the Locker Room) "There's a Peja sighting, baby! There he is!

(On Peja posting up on Martin) "From that point on, he looked like his old self, just roaming out there, making shots from all over the place." Nowitzki later added: "He's arrived. That was fun to see."

(On winning by 4) "Again, we didn’t finish the way we want to and we made it a lot closer than we needed to. Our defense was actually solid there all night, until they made all these threes in the fourth quarter. But they were under 40 percent shooting all night long."

(On the Win and the next Game Wednesday) "Great team effort. Good thing is we’ve got almost like a small All-Star break already. Three days off in the middle of the season doesn’t happen very often. So, we’re gonna recuperate. Have a big back-to-back and hopefully get them both, that would be nice. And then, hopefully, go on the break feeling good about ourselves and come back and make a heck of a run in the second half of the season." 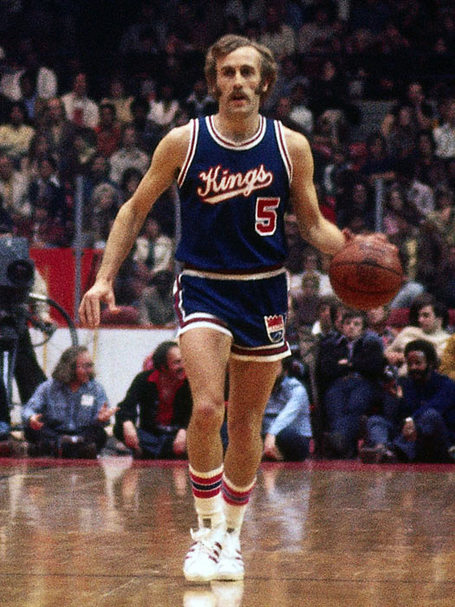 "Richard Preston, you got nothin' on Richard Leonard!"

(On the Game) "The second quarter was just a killer. We just came out and didn’t do anything. We had two days to prepare for these people and we talked about a few things that we had to do, but it didn’t carry over until late in the game, when we went small and got very active."

(On the 2nd Quarter) "The thing that disturbed me in the second quarter was we just kind of gave in to everything. If you are being attacked by somebody, they come down there and they are posting you up and they’re going at you, well then you better put up some fight or they’re going to kill you. We put no fight up until the second half again when we got down 20."

(On the Mavs) "I don’t know what it is about Dallas where we feel like we have to get down 20-something points before we play."

(On the Rockets) "I told the team, whether it's 10 games in, 40 games in, 27 games to go, you better learn how you are going to have a chance to succeed and how you are going to improve as a team. I don't care how many games we have left, or what our record is. You've got to try to continue to succeed and get better as an individual, and as a team, and that's what we have to do." 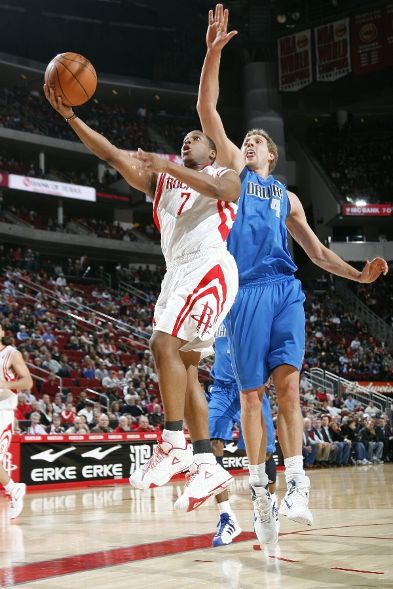 "You wouldn't block me, Dirk, would you?"

(On the Dealbreaker) "We let them get out to a big lead, so we have to do something to come back. It's not good to have to do that. We have to learn to do that from 12 minutes in the first quarter left, not have a sense of urgency when we're down 20."

Dreamshake Gamethread (they don't do recaps this year)

It’s not like I was going to ask JJ Barrea to give all of you out there with his size and lack of athleticism some pointers on success in life.

Haywood bricked everything he took from the line, which was N/A. Celebration for our third-best Center, Beaches! [nsfw]

According to ESPN, Dominque Jones' evil, non-injured, Twin played 0 minutes in this game. Knowing how Carlisle works, he probably subbed him in during a FT/deadball situation and immediately back out. Hey, when he can give Roddy a Super Mario Galaxy, he can do that, easily, too.

Disclaimer: If you couldn't tell by now, all italic sentences are made up thoughts, not actual quotes. Also, breaking news, the Mavs remembered to tie their shoelaces backwards and are subsequently on a 1 Game Winning streak.

The Mavs (beat/lost to) [the Houston Rockets]¹ tonight (thanks to/despite) Dirk’s Awesomeness. The (cloud in the silver lining/major culprit) once more as usual was the lack of support from his team-mates, with the exception of Tyson Chandler/Jason Kidd². Especially useless was Jason Terry/Deshawn Stevenson/Peja Stojakovic/Jose Barea/Shawn Marion/Brendan Haywood' Minutes per $ Ratio³ and it is (GUESS WHAT) THEY’RE ALMOST NOT ALL USELESS!

Extra for reading scrolling until here: RoParish of Mavs Insider on FSSW had a upload frenzy recently. Go check it out, there are some Gems well worth the unbearable hassle it ...esp. for People who live outside the States.