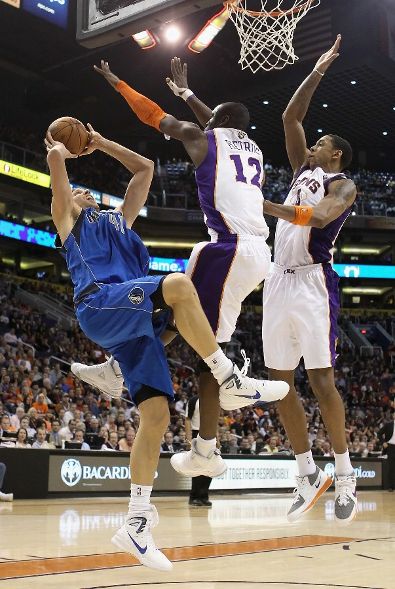 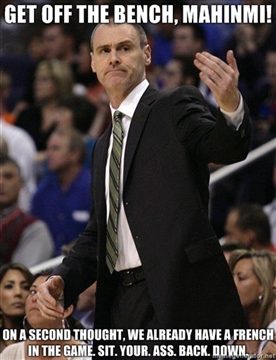 (On Tonight’s Game) "It was a struggle all night. We played last night and this is a tough team to play. I thought they keys to the game were Jason Kidd’s will got us through a lot of this. Nowitzki had a great game offensively and I thought Stevenson’s minutes were critical for us in the second half. I thought the five points he had came at a critical time and helped us finish the game. It’s a great win for us and we take some momentum into the break."

(On 'Both teams played hard') "It was unconventional tonight, but our guys really wanted to win this game and we knew it was gonna be tough. So, I’m really proud of them. I thought both teams played aggressive and smart. We just made more plays in the end."

(On Nowitzki) "Dirk is BACK. He’s all the way back and it’s great. It’s really good timing, because now he has the All-Star break. He can recharge a little bit. He can play his 16 minutes in the All-Star Game, or whatever it’s gonna be. But Dirk Nowitzki is back."

(On Marion) "I can’t tell you how impressed I’ve been with his approach. He’s developed real consistency this year."

(On the Break) "This is the latest All-Star break in history after playing 56 games. I’ve never had one like this. So, it’s a bit unusual. But our guys have really hung in and done a great job. And they deserve the break." 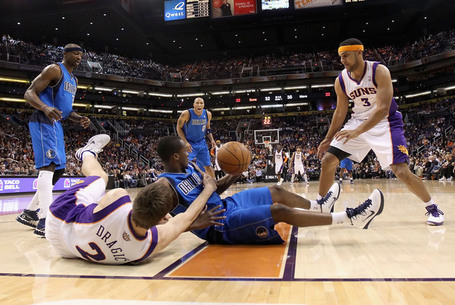 (On tired legs) "It was tough. It was definitely tough. I was fighting out there, but I guess it’s normal. It had been a long time, but I have to push myself. I need a couple of games and then I’ll be ready to go. But right now, it’s tough." 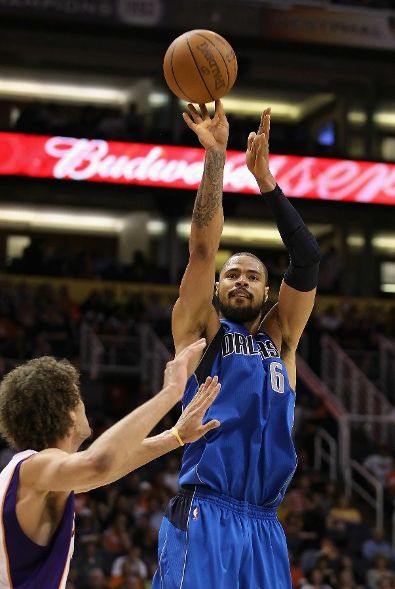 "Check this, Goran: I'm a better Shooter than Dirk on long Jumpers."

(On the Win) "We came up with some big plays down the stretch. We knew this would be a tough game, going into the All-Star break on a back-to-back. But for us to step up and make the type of key plays that we did down the stretch, that’s winning basketball."

(On reaching 40 before AS-Break) "It says a lot. All the injuries we’ve been through, the ups and downs. To be able to keep our composure and be one of four teams to get to 40 before the All-Star break is a big-time accomplishment for us." 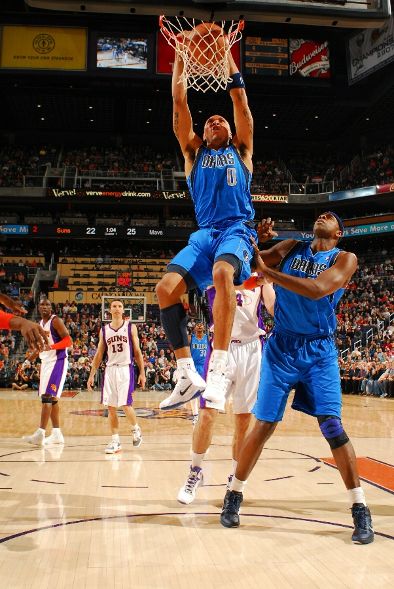 Haywood: "Chill, dude, you're making me look sluggish in comparison..."

(On Tonight’s Game) "It’s a long season. You have to capitalize on the opportunities you get. There’s going to be some ups and downs through the whole season and as long as you stay more positive than negative moments then you’re going to be good. We had some big stops. We took them out of what they wanted to do and went on to close the game out. It’s a matter of picking your spots and making things happen when opportunities come up." 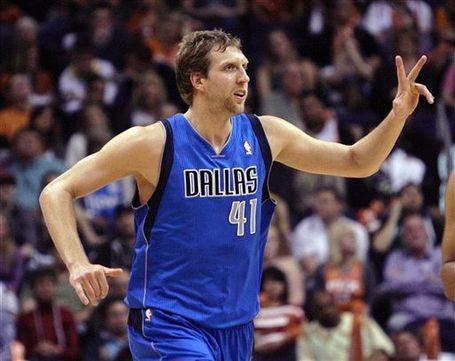 (On his 35) "I felt good, had a good rhythm there early. I made a couple of shots early and that usually helps. Just kept on attacking."

(On his outstanding rebounding) "I had that one big rebound, so I feel good about myself", Nowitzki joked.

(On Tonight’s Game) "It was great. We had to grind it out and they made a heck of a run there in the second half and kept making plays. They kept pushing the lead down and it was a heck of a ball game down the stretch and we came through with some big rebounds. Tyson was great in there and we made enough plays to win. It’s definitely a fun way to go into the break. Now looking back the Denver game really hurts; we could have been sitting on a nice little winning streak. We had a little down there at the beginning of January but we’re playing well again and we have to stay healthy now and it should be a fun run in the second half of the season." 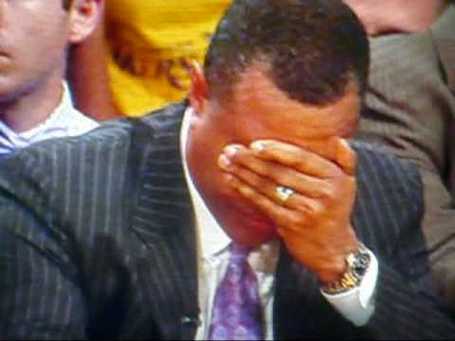 (On the team’s performance) "At the end of the day, they made the plays down the stretch and we didn’t quite make them. We had shots that could have closed the gap and they didn’t quite get in the basket. We had stops a couple of times but they ended up getting the ball in the basket on second chance points. I thought we played hard and competed, but once again, we have nothing tangible to show for it."

(On where the team is going into the All-Star Break) "I think we are playing hard. I think we are inconsistent. I think that’s the thing that will hurt us most, but I think the effort is there night in and night out. I think we have guys that are not quitters. I believe in this team; we will come back after the All-Star break and we will play good basketball and we will find a way to make a run and get in the playoffs, and yes, we want to make the playoffs." 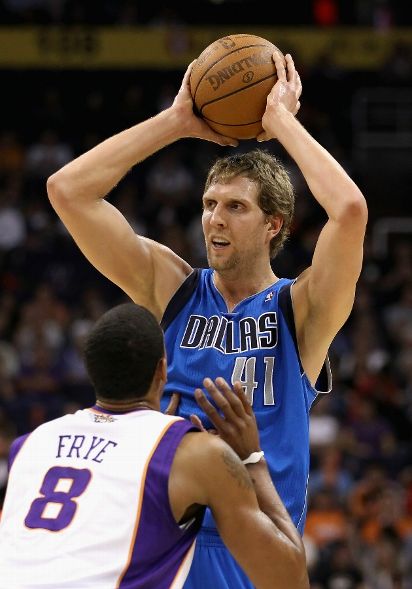 (On the game) "I felt like we played hard. We put up a 40-minute game, there were eight minutes there where we didn’t focus and execute. We can’t let Dirk (Nowitzki) get off to such a hot start, and that’s my fault. It’s the first time I’ve gone up against him, and coach gave me confidence, he just made tough shots. You just have to make it tough on him and, hey, he’s making tough shots, give credit to him. They executed and that’s why they’re a good team. "

(On getting to .500 at the break) "I think it’s fine. That’s like the minimum that we wanted. It’s like we have the minimum amount of flare, for all the Office Space fans. For us, it’s good. We’ve gone up some places, but we still want to get in the playoffs. It’s going to be a tough road ahead, but I have a lot of confidence in my team." 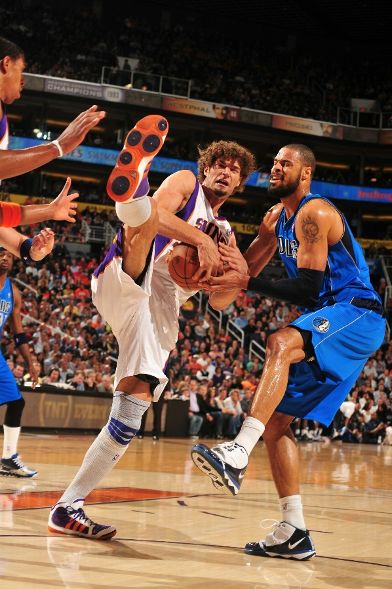 "Does it look like i'm not having FUN or WHAT!?"

(On the game) "Obviously, I think there’s a little bit of progress made from when we played (Dallas) earlier in the season. We would have liked to come away with a win. Like I said, when our shots weren’t falling, we needed to get some stops on the defensive end. That didn’t happen, so there’s some progress to be made. I think it’s still an encouraging sign."

(On having fun) "Steve Nash took me in earlier and told me to make sure I'm having fun out there and not to get too down on myself or anything. We’re a fun team, we’re an upbeat team. I think if I can tap into that mentality, that just takes a lot of weight off my shoulders." 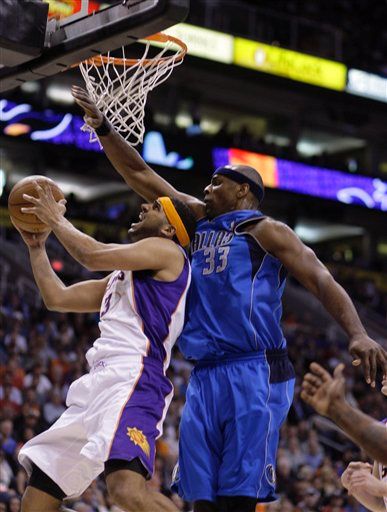 "Stop that, Brendan! You're not even on Twitter, man!"

(On the Mavs) "I think right now that they’re just a better team than us. I think you have to find a way at home to pull out games like this. But it’s good to keep battling and keep getting better because maybe this game doesn’t show up in the win column, but maybe down the road it helps us build toward getting more wins." 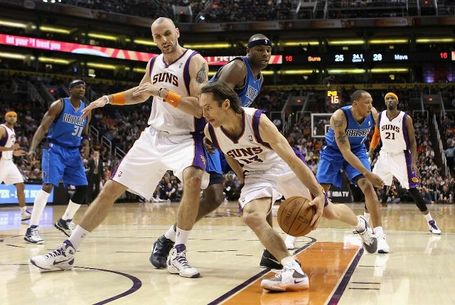 "We call that Polka, Mr. Haywood."

(On his birthday) "I tell everyone that I'm 27," Gortat joked. "But I'm really 34. I have the perfect birthday present. I’m going to play against the team that gave me the best contract ever. That’s the best gift you can get." 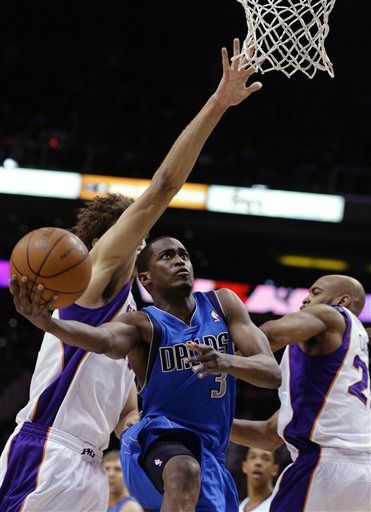 "Wait, wasn't this guy right in front of me just a second tenth of a second ago?!?"

(On Dirk) "I think what you have to do with him is make him take tough shots, even though he’s going to hit tough shots. I think if you don't get frustrated from that, you’re going to be ok. He’s going to get his points, he’s an outstanding shooter that’s proved that for years and years now and all you can hope you can do is contain him."

A frustrating game because the Suns could have won it, while in the same breath I see how Dallas is winning so many games. The Mavericks don't get rattled. Dirk Nowitzki just goes ahead and makes a fallaway or two, or Jason Terry runs around a few picks for an open jumper.

[..]It helps to get Dirk's best shooting night of the entire season (35 points on 13-18 shooting, including 3-3 on 3-pointers and 6-6 on free throws). We all know Dirk is a great shooter, but that's ridiculous. He hasn't been that good all season, and nearly every shot was a jumper.

The Suns were sharp enough to out-rebound one of the biggest team’s in the Western Conference (43-39), but not sharp enough to do anything about the Mavericks’ MVP candidate.

Haywood bricked 3 of 4 from the line. Celebration for our third-best Center, Beaches! [nsfw] 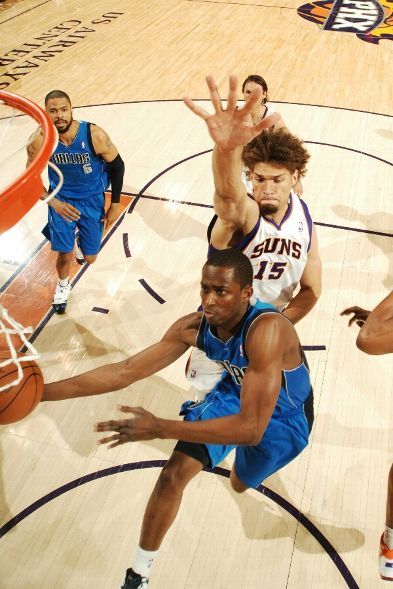 Disclaimer: If you couldn't tell by now, all italic sentences are made up thoughts, not actual quotes. Also, breaking news, the Mavs remembered to tie their shoelaces backwards and are subsequently on a 3 Game Winning streak. It's gotta be the shoes.

The Mavs (beat/lost to) [the Phoenix Suns]¹ tonight (thanks to/despite) Dirk’s Awesomeness at everything besides Rebounding. The (cloud in the silver lining/major culprit) once more as usual was the lack of support from his team-mates, with the exception of Tyson Chandler/Jason Kidd². Especially useless was Jason Terry/Deshawn Stevenson/Peja Stojakovic/Jose Barea/Shawn Marion/Brendan Haywood/Rodrigue Beaubois³ and it is (GUESS WHAT) THEY’RE ALMOST NOT ALL USELESS!

² Only one of them, mind you. Tyson, you missed a FT. Stop that, asap.

³ Two at the minimum, up to all six seven of them. Yes, Roddy is part of the Rotation now.