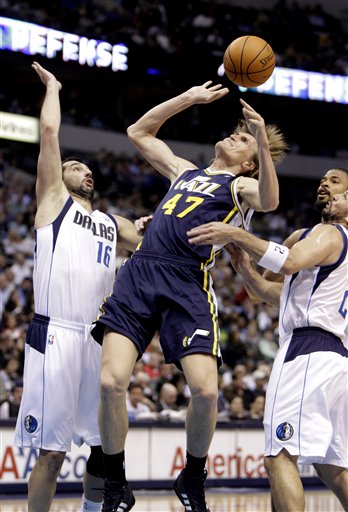 In their 57th Game of the Season, the Dallas Mavericks achieved their 3rd real [more than 15 Points Margin of Victory] Blowout. Meanwhile, they allowed a Player to drop 30 or more on them 9 times. Statgeeks have found that to be an inconceivable Ratio. 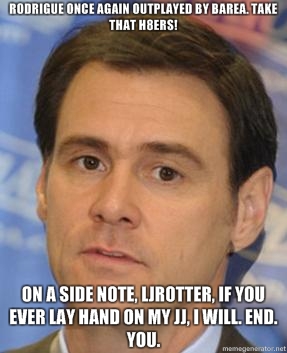 (On Williams traded) "I'm not shocked, but it's a little surprising that there wasn't a three-month drama."

(On the Jazz) "It's a good team even without Deron Williams. They had only one point guard so they had some makeshift lineups, but they can play. It was a win we needed to get."

(On the struggles at start) "We had eight turnovers in the first quarter. And that really hurt us, because it got them in transition and it took opportunities away from us. So, we were playing from behind."

(On getting a big lead) "We quit turning the ball over as much, and that was a big part of it."

(On Stojakovic) "Peja is a top five or six shooter, you could argue, of all time. So, if we can get him looks, there’s gonna be a great chance that he’s gonna knock them down."

(On going forward) "The laser-like focus wasn’t where it needed to be. And in the second half, we were a lot better. We’ve got to build on that. Even without Deron Williams, those guys are playing hard. They make you play. We’ve got to build on the second half. Look, it’s a good win. It’s a good team, even without Deron Williams. They make you play, so it was a win we needed to get."

(On Visible Haywood) "I like his aggression. He’s going after the ball." 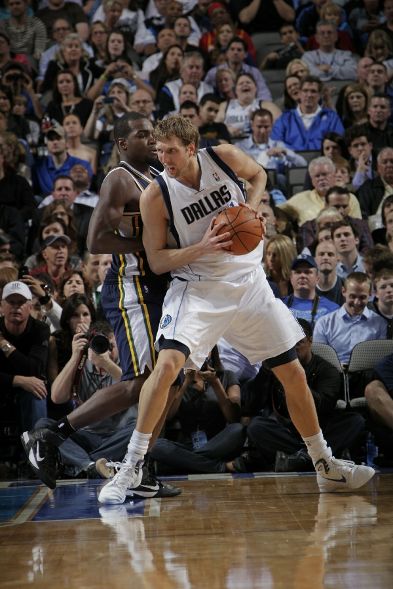 (On trailing after 1 Q) "It wasn’t pretty there in the first quarter. What really hurt us the most were the turnovers. Just not quite as sharp as we wanted to be."

(On Treyja) "If he shoots the ball from the outside like that, we’re really gonna be tough to guard, because he really spreads the floor for us."

(On Haywood) "If he plays like that, with energy, going for balls and finishing in the paint, we’re a different animal. You know Tyson Chandler is going to bring that energy every night, so if we have a center combo playing like that, we’re going to be tough to beat.’’ 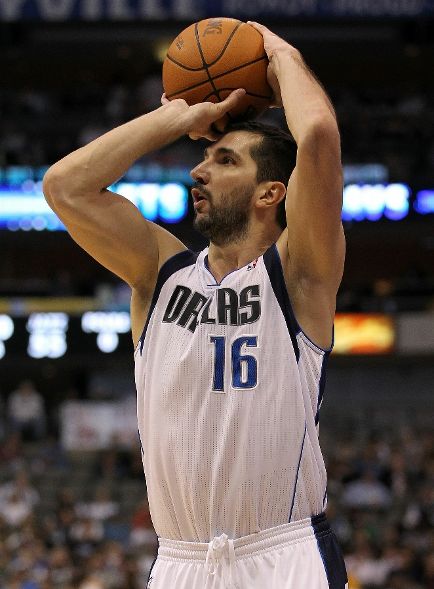 "I can feel it in the Air tonight."

(On the Mavs) "This is a very unselfish team. And not only that, you are playing with guys who really know how to play basketball. Sometimes you don’t even have to call a play on the offensive end. You just put the ball in Kidd's hands, and with ball movement and player movement you get all the good shots."

(On this Team compared to his former Kings) "It reminds me a little of that because there are so many unselfish players. Nobody cares who scores. You always look for the best shot. When you have this many players, it’s easy to play."

(On his shooting) "You feel it some nights. You make a couple shots, then even the bad shots go in.’’ 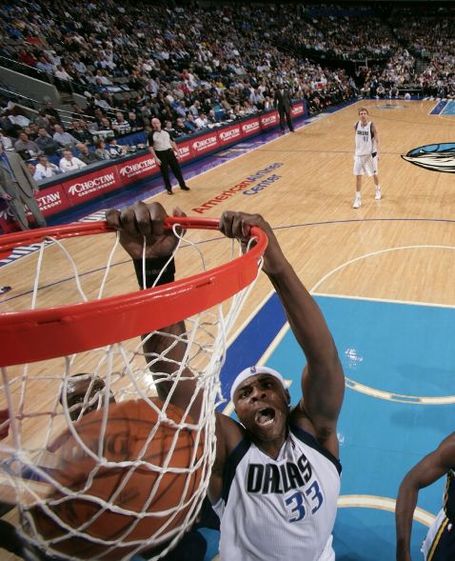 DALLAS, TX - FEBRUARY 23: Brendan Haywood #33 of the Dallas Mavericks tears down your balcony during a game on February 23, 2011 at the American Airlines Center in Dallas, Texas.

(On the Game) "It was a little different. We are used to Deron being out there, and he was a big part of what they do. But, at the end of the day, we can’t feel sorry for them. We have to handle our business. And we did that tonight."

(On suckas gettin' jealous) "Barea scores the ball so much that a lot of the times defenses collapse in on him and then he can drop the ball off to me - find me cutting to the basket or find other guys. I feel like I know what he’s going to do and I feel like he knows where I’m going to be at. And we just have good chemistry out there." 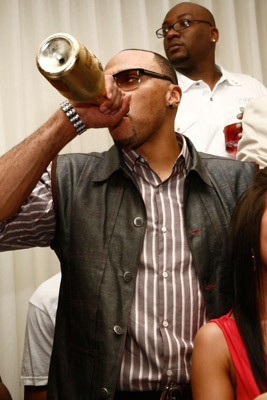 "No Game Picture of me tonight? I've got to drink away my sorrows..."

(On the game) "I think for the most part we had to get used to Deron Williams not being there. That was the biggest adjustment, because you prepare for him being there, although we knew about the trade earlier. We still prepared like he was gonna be on the team. So, we just had to go out there and do what we had to do."

(On returning sometime and rehabbing) "Look at Butler, he’s back already. Playoffs, I’ll be back. A month ago, it started aching. I didn’t know what it was. I just thought it was because I was working out a lot and running a lot. But it was a little crack in my bone. I really wasn’t playing any this year anyway, so the best thing was to get the screw in there now and make sure it’s taken care of. I should be out six more weeks, eight more weeks.’’

(On surgery) "It was good to take care of it now. I could have sat out for a month and let it heal that way, but then it’s something that could have recurred. So just put a screw in it and make sure it’s right.’’ 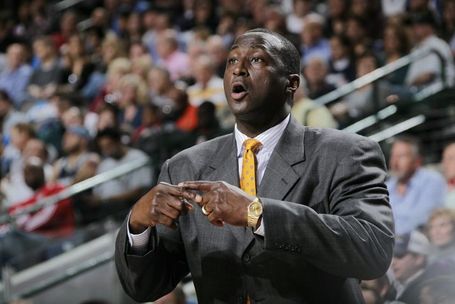 Those are no Sloan hands, for sure.

(On the Loss) "There are no excuses because guys are out of the lineup. We've got five guys on the floor, they play with five, and those out there on the floor have got to play the whole time they're out there. We just have to be better at finishing the game."

(On Williams) "We're going to miss Deron and he was a great teammate, a great friend for a lot of guys on the team, and he's a friend of mine also. I enjoyed working with him in the past few years, but we have a game. So we have to put that all to the side and come out and play.

(On the Game) "The effort was pretty decent three-quarters of the game. And Dallas had a spurt there in the third quarter. They came out and made some shots against us and it seemed like we felt sorry for ourselves and dropped our head a little bit and our energy level went down."

(On the Mavs) "These guys, and most teams in the league, if you show them any weakness, they'll bury you. We don't want to be embarrassed." 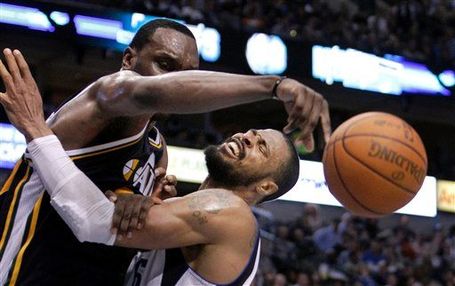 (On Williams traded) "I haven't gotten over Coach Sloan yet. So when they hit me with the trade of Williams, it was like, wow, I was surprised. But it's a business." 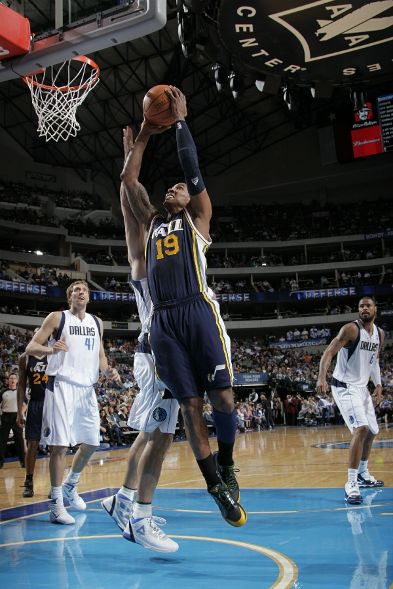 Old Man still has it.

(On Deron's trade) "I was kind of shocked, a little bit of disbelief as it came across ESPN, just because I was sitting with him in the training room and he didn't know anything about it at the time. We kind of chuckled about it, honestly. We kind of had a laugh because those kinds of things come across the ticker all the time. It was obvious at that point that Williams didn't know. After he made a couple of calls, it was obvious that it was going to go down."

(On Deron and Jerry) "We've been through some stuff. It all started really quick. First with Jerry and now with Deron, it's been a lot to digest. It's hard not to let your motions get involved. But I don't think there's a bad guy in this situation. All of the things that happened came from competitiveness. And I can tell you that anything about Deron being the bad guy is unfair.''

Haywood bricked 5 of 9 from the line. Celebration for our third-best Center, Beaches! [nsfw]

Disclaimer: If you couldn't tell by now, all italic sentences are made up thoughts, not actual quotes. Also, breaking news, the Mavs remembered to tie their shoelaces backwards and are subsequently on a 4 Game Winning streak. It's gotta be the shoes.

The Mavs (beat/lost to) [the Utah Jazz]¹ tonight (thanks to/despite) Dirk’s Awesomeness. The (cloud in the silver lining/major culprit) once more as usual was the lack of support from his team-mates, with the exception of Tyson Chandler/Jason Kidd². Especially useless  was Jason Terry/Deshawn Stevenson/Peja Stojakovic/Jose Barea/Shawn Marion/Brendan Haywood/Rodrigue Beaubois³ and it is (GUESS WHAT) THEY’RE ALMOST NOT ALL USELESS!

³ Two at the minimum, up to all six seven of them. On a night when the Mavs shoot 57% from the Field, you guys can't even make half of your shots. Tststs. (Mahinmi gets a French exception)