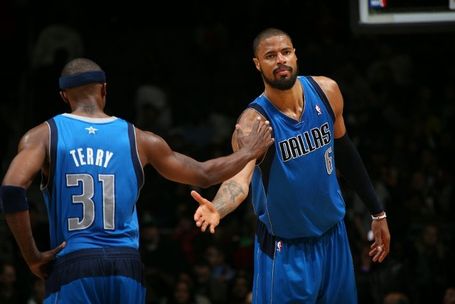 "You stashed JJ's clothes in the toy box? Excellent!" 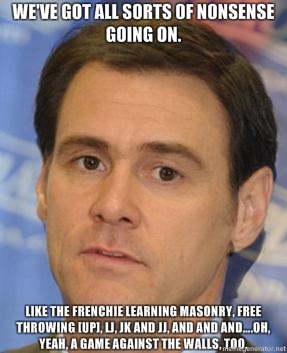 (On not having 5 players in double digits) "I’m not keeping track of the double-figure scoring streaks. We’ll look at other things."

(On the game) "This was a tough game. It was a tough game on paper and it was a tough team on the floor. The Wizards are athletic and they’re competing hard. And they play their best basketball against the better teams. So, we knew it would be a dogfight. And I’m glad we hung in and got the win. Obviously we would like to do a few things down the stretch but the guys found a way and it’s good to get out of here alive."

(On French Jesus shooting underwater) "Well, tonight was a down night for him. And we understood from the beginning that there we going to be some nights like this, and this is just part of the cycle of him coming back. Fortunately he only played 13 minutes, so he’s fresh for tomorrow night. These situations are learning situations for him, and so we’ll show him some film individually tomorrow, he’ll make adjustments, and he’ll do better tomorrow."

(On Toronto next) "We got a quick turnaround. We got to go to another country. We got customs. We got all sorts of nonsense going on. And we got an early game [Sunday]." 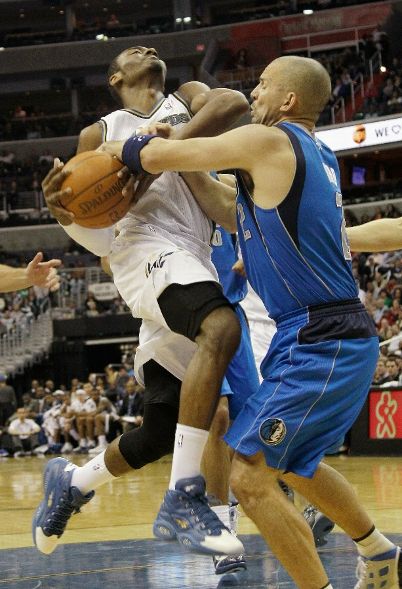 "Taking what is rightfully mine."

(On Tyson) "Chandler was great tonight. He’s been great for us all season. When he plays like he did tonight, he changes the game and makes it so easy for Dirk. And when he runs to the basket, for a passer, you just have to throw it up there and he does the hard part."

(On having a lot of scoring options besides LJ) "I’m a quarterback. I just find my receivers. Dirk makes it easy, Jet, Peja, Shawn, Tyson, you go down the list you got a lot of guys who can put the ball in the basket, so for me, if I was the selfish guy, I would shoot the ball and make them pass it to me, but my job is to get the guys the ball in the right spot and let them do what they do best. When i score, you might pass out." 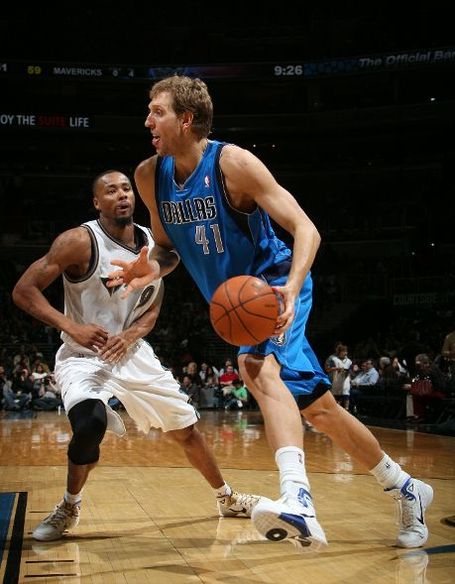 (On the end) "We didn't do a good job slowing the game down there when we had some leads. We just kept on chucking, missed a couple shots, put them in transition and they were right back in it."

(On the Wizards) "You’ve got to give them credit, they kept coming and kept playing hard. They fought all the way down the stretch and we just made enough plays to win." 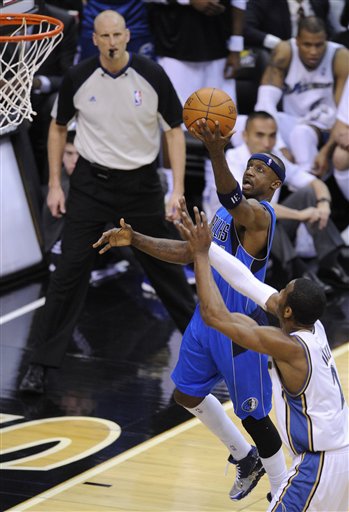 (On nearly losing) "You're up nine in the fourth early, that's a situation where you kind of want to go up 15, ice your knees and get on the bus. It didn't happen, but at the end of the day, we want wins."

(On the Offense) "Everything is facilitated on ball movement. What Jason Kidd does for us is contagious, and if we continue to play this way, very unselfishly without turning the ball over or making mistakes, then we’re a tough team to beat."

(On the bad habits) "Obviously we were disappointed in the way we finished that ballgame, but hey, we got out of here with a win. This is a stretch where we have games where, let's be blunt, we should win."

(On Raptors next) "Toronto beat us earlier when we thought we should win, so we’re gonna have to go up there tomorrow and get one." 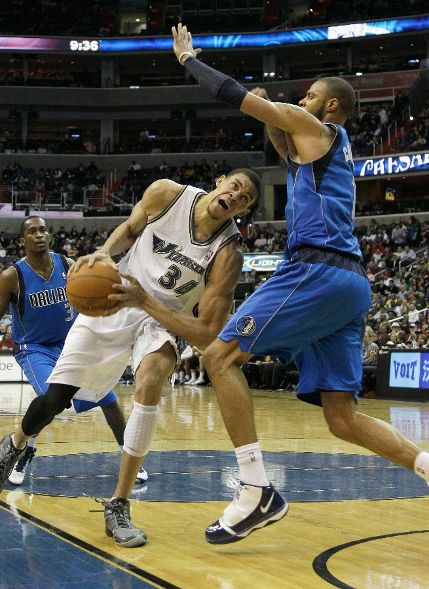 (On his Game) "I wanted to come out tonight and make a statement. I really wanted to get involved, because coming after the All-Star break, I know it's the stretch now here we've really got to get focused and make our playoff push," Chandler said.

(On letting it become another close game in the end) "A lot of times WE you’ve got to grind these games out and I was proud of the guys."

(On scoring 23) "With the penetration from our guys, and their centers coming over so much to block shots, I thought I’d have some opportunities at the rim either for finishing or on put-backs."

(On Kidd vs Wall) "I thought Jason Kidd had some key stops. For him to be 37 - I believe that's his age - and still running up and down the court with their young fellas-man. That young dude on the other side, who may be one of the top three, two fastest guys in the league, that's impressive."

(On going to Canada next) "We definitely owe those guys. But they beat us on speed, they beat us on getting up and down the floor. They outplayed us and they had more energy than us. So, tomorrow night we’ve got to make sure we get back on defense and force them into some tougher shots." 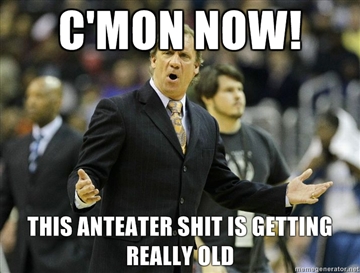 (On the Wizards) "I was extremely happy with how we competed in the fourth game in five nights. As a team I think we are playing better, we are moving the ball better. Unfortunately we are playing against really good teams right now."

(On Chandler) "Tyson has killed JaVale both games."

(On FT masonry) "The only thing we did not do is shoot free-throws too well, and the whole team did that. You know if we shot free-throws, we win the game. It’s pretty point blank."

(On Crawford) "Well he can make plays. He is playmaker as far as he has the ability to score. He is extremely talented. He has no fear going against anybody, and the other thing was he made shots, so we kept him in the game."

(On having the best Frenchie tonight and something else about his Rookies) "I thought our rookies tonight were all great. I thought Seraphin was very good tonight; I thought John was good; I thought that Booker was good and you know Jordan Crawford came in [J-Ho had a sore knee] and gave us a great spark and did a nice job. I was extremely happy with how they played." 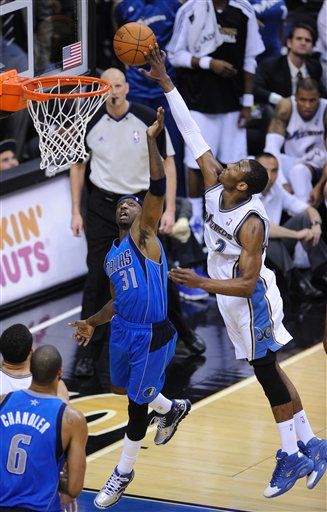 "Request for Takeoff denied. Your wheels need an overhaul. Badly."

(On balling) "I’m just taking the confidence that I had coming from the All Star break. Chris Webber made a comment saying most of the time when people have a good All Star break they come back aggressive and with confidence, and I think that’s what I’m doing."

(On bricking from the stripe) "You can't do that against a good team. I made a careless mistake down the stretch. I knew if we all stepped up and played hard and played with confidence and competed, we'd be in just about every game. We keep working hard. We just got to learn how to finish." 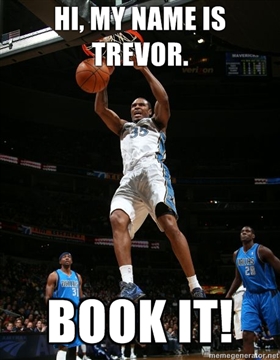 (On being 2-7 from the Line) "We kept fighting the fight, and if we had made our free throws, it would've been a different outcome. That ended up killing us down the stretch." 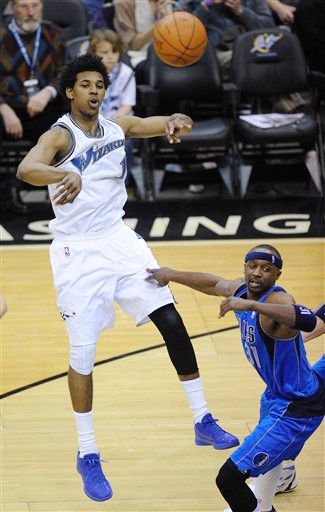 "You wish you had Young Legs. Or Hair, for that matter."

(On his 360) "I thought about doing just a 720 or something. You know, bringing something new out. It kind of worked for me. I think it was all luck."

Hitting on the Wall

MMB Edging Past the Wall

One player who did give the Mavs some difficulty was John Wall, who scored a team-high 24 points and essentially made Dallas look lethargic by comparison.

We must be in the 'moral' playoffs by now.

"Honestly, we need you back here,” Blatche said sheepishly, yet almost also fondly remembering the days when the Wizards were full of veterans who commanded vastly more attention that he did. Blatche can no longer float by in his basketball life.

“Naw, I think I’m going to go get that playoff check over here,” Haywood said as he pointed in the direction one would walk to get to Dallas’ locker room. Laughter erupted amongst several in the room, both of the laughing at you and laughing with you variety.

Haywood bricked 3 of 5 from the line. Celebration for our third-best Center, Beaches! [nsfw] 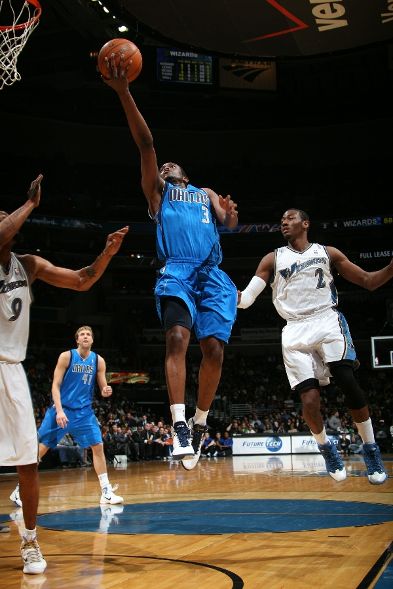 Disclaimer: If you couldn't tell by now, all italic sentences are made up thoughts, not actual quotes. Also, breaking news, the Mavs remembered to tie their shoelaces backwards and are subsequently on a 5 Game Winning streak. It's gotta be the shoes.

The Mavs (beat/lost to) [the Washington Wizards]¹ tonight (thanks to/despite) Dirk’s Awesomeness. The (cloud in the silver lining/major culprit) once more as usual was the lack of support from his team-mates, with the exception of Tyson Chandler/Jason Kidd². Especially useless was Jason Terry/Deshawn Stevenson/Peja Stojakovic/Jose Barea/Shawn Marion/Brendan Haywood/Rodrigue Beaubois³ and it is (GUESS WHAT) THEY’RE ALMOST NOT ALL USELESS!

² Only one of them, mind you. Another missed FT? C'montyson.