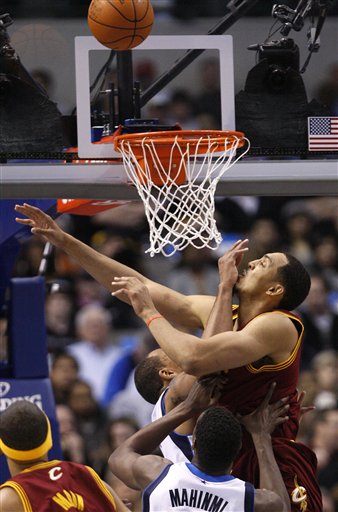 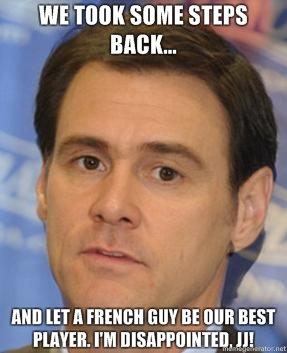 (On the energy level of the Mavericks tonight) "It was inconsistent. There were times when we were real good, but our energy to start the game was not where it needed to be. We had too many variations on it. That’s why we were so poor on the transition defense. They [Cavs] had 34 points on the break, which is a staggering number. That’s disappointing, but I’m glad we won. We took some steps back tonight."

(On Mahinmi’s performance) "At halftime he was +19 in 8 minutes, or whatever it was. He was by far our best player. He was doing the things consistently that we needed to be doing as a team all night: which was being extremely alert, being ready to react and respond, quick to the ball, willing to take charges, those kinds of things. He played a great game."

(On Mahinmi’s 4th quarter minutes) "I thought Marion and Dirk were tired, so I pulled them for a couple of minutes and let them get their breath. I just felt the way he was playing defensively and offensively that was the way to go. The more he does well with that, the more we’ll keep looking at him when we need to."

(On the 60 points from the bench) "You’re putting too much weight on points scored. Look at the transition defense number. That’s the number you’ve got to look at. That’s where this game was disappointing. We’ve got work to do."

(On Dirk’s wrist) "I know it’s sore. Casey took him back in the locker room and checked him out. He said he was ok to keep going. Look, we need him on the floor as much as possible because of how he changes the game, even when he’s not shooting the ball. He got one critical jump shot in the 4th, and he’s involved in a lot of important things for us out there." 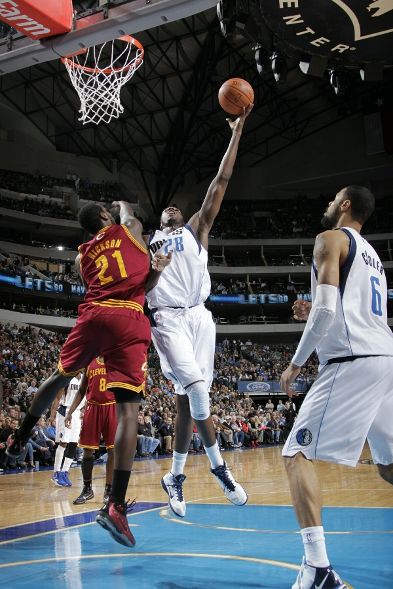 "You see what's happening when you give me some minutes?"

(On his increase in playing time) "I think we’ve got a deep group. We’ve got a lot of guys that can play a lot of minutes. We’ve got high expectations with this team with all those vets. The younger guys have to come up with a lot of energy. I don’t know exactly how many minutes I’m going to get every night, but I know that if I get in, I know exactly my role and I try and do that."

(On his approach to the game) "Every time I get on the court, my first thing is to bring energy. I’ve got to play the game with a lot of energy, rebound the ball, play good defense and then the offense comes. The more you feel comfortable, the rest will come." 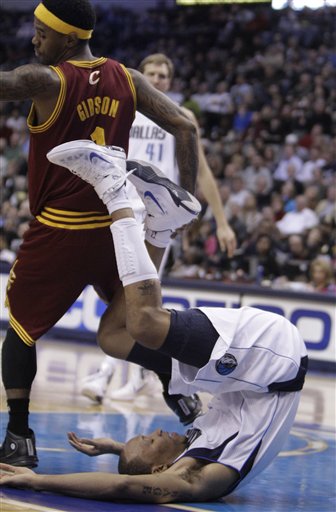 (On Cleveland’s losing streak) "Everybody else put such a big emphasis on this just because of their record. They play hard. That’s a hard playing team. You just can’t go out there expecting to blow a team out just because they’ve got 20-something losses in a row. I watched tape prior to this game and I watched how hard they competed out there. They’ve just had some bad luck – that’s all it is. They compete and they’ve been in a lot of close games."

(On toying playing down to the level of competition) "I guess we kind of did a little bit. We just had a couple baskets missed and they hit a couple of shots. It’s a 69-point game. We hit a couple shots and it’s a double-digit game again. But at the same time though, they are a professional team. They play hard and it shows – I’ve seen it." 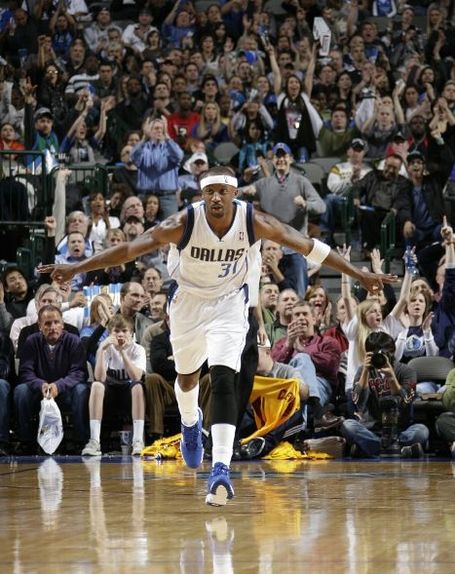 To the left: annoyed, disgusted Bewilderment. To the Right: Innocent, naive Cheers. You can probably tell who has been to a Mavs game before...

(On not closing hard) "We had five opportunities to put them away tonight and couldn’t do it, because they kept playing hard."

(On the Jumpball he won vs Hollins by jumping early) "Steal it? Well, I got two steals and I only remember getting one, so they must have given me one for that one. I don't know how I outjumped Hollins."

(On the Bench) "Our bench has been consistent now for about 1 1/2 months, and that’s what we need going forward. Early on we struggled trying to find our identity with who we are and our roles. But now we’re comfortable in our roles and everybody pretty much knows when they’re going in and what’s expected. And it’s working out for us." 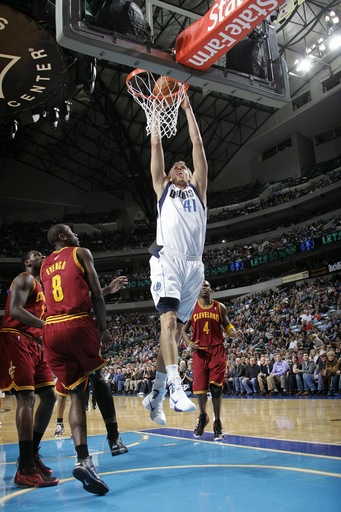 "Be careful guys, this dude throws his body around at anybody!"

(On the Win) "It was a tough win. You’ve got to give Cleveland credit. They play well, they play hard and they keep coming."

(On the Cavs) "They kept coming, even though we had a nice little lead. They played hard. And once you let a team hang around, they start making some shots."

(On not hitting Sessions) "Punch? No. It was nothing."

(On the Cavs last Possesion) "Once you’re in a little funk - I was in it my first two years - it almost seems like you find a way to lose. And that last possession was a perfect example. They didn’t even get a second shot up there."

(On his wrist injury) "Just got caught the wrong way there. I was boxing out and somebody got pushed, and I just got caught in the air at the wrong angle. I took some X-rays, they were negative. So, it will be better from day to day, hopefully." 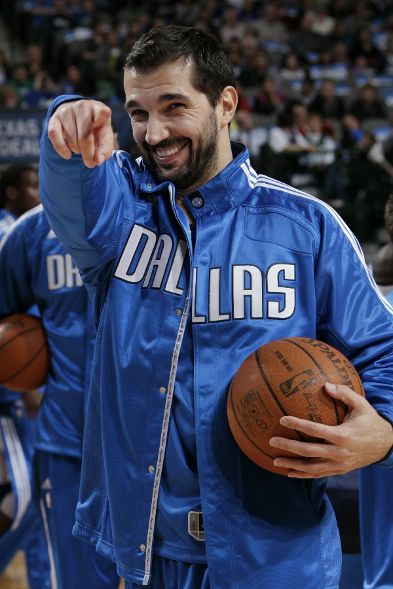 (On his early strugles) "It was too good of shots. I was probably more thinking about how I was gonna fit into the offense, but playing with those guys it was easy."

(On his first Game in a couple of months) "Just trying to get my rhythm and get my legs. But I felt pretty good."

(On the Mavs style of Play) "It’s a lot of ball movement and playing with guys like Jason Kidd, Dirk Nowitzki and Jet [Terry], we draw a lot of attention defensively and there’s definitely going to be a lot of good looks out there." 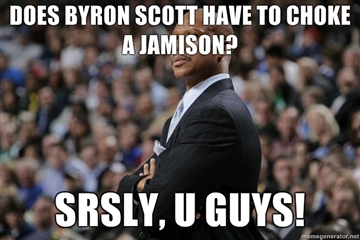 (On the Cavs) "I’ve said the last three games that I think our guys have been playing really, really hard; just giving an unbelievable effort. And I thought tonight was no different. We came out and played against a very, very good basketball team and fought them tooth and nail all the way down to the end. I have no qualms about the way we played, how hard we played, and again, just like I said to the guys afterwards, we’ve just got to keep playing like that and it’s going to happen. It’s going to happen real soon."

(The past four games you guys have been really close) "That’s probably the toughest part. Because of the fact that we’re right there, we have opportunities, and tonight was no different. But, again, we guarded a team that’s pretty good offensively, and did a really good job defensively against them. Took some questionable shots, probably down the end [of the game], but other than that, again, from an effort standpoint i can’t complain."

(On Parker’s three-pointer at the end of the game) "A.P.’s three was kind of 50-50. I thought we probably could’ve gotten a little bit of a better shot. Because of the fact that Shawn Marion is so long, he was able to get there and contest it. But other than that, like I said, for 48 minutes I thought we played really hard."

(What’s the atmosphere in the locker room?) "Upset, the guys are upset and rightfully so. And I like that fact that guys are caring about the fact that we’re losing some close games. And, again, I think that’s something that’s going to serve us well in the future. So, just keep pushing on from this point on." 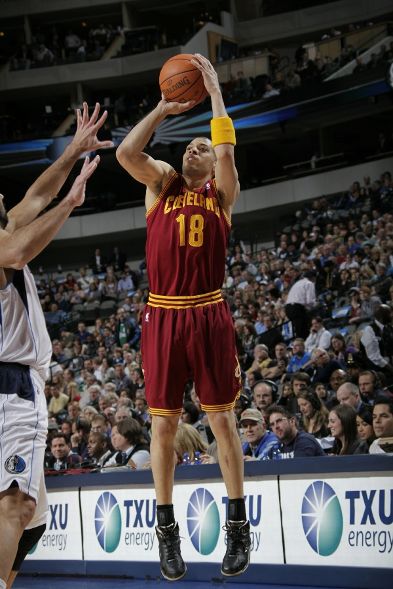 (On his last missed shot) "I got my feet into it and got my legs into it. I had a good look. I thought it was going down. When it hit the front of the rim I still thought it was gonna hit the backboard and trickle in. But, it didn’t happen. It is disappointing to come up short again. I thought we fought hard and played the right way. We just have to keep at it. "I felt coach wanted that shot. I think in those situations with a limited amount of time that was probably going to be one of the best looks we could get. We knew we needed a three and you know, in a fast break situation with the defense scrambling and not set, I think that is why I got the look that I did. That is what I wanted. It was a good shot and I would and I would shoot it again. It just didn’t go in."

(On being so close, yet losing again) "It is frustrating in the fact that we are there, we are close. We are making great strides, we are doing things the right way. Defensively we gave up what, 41 percent tonight, so you know, the signs are there. We are improving, but the next thing is we have to get over that hump. But we are right there"

(On learning from these losses) "For sure. I went back to the Thunder a couple of years ago and what they went through. I am sure those guys grew tremendously from that experience. And so, we have no choice but to grow and learn. I think you are seeing the growth, but unfortunately it is not translating into wins right not." 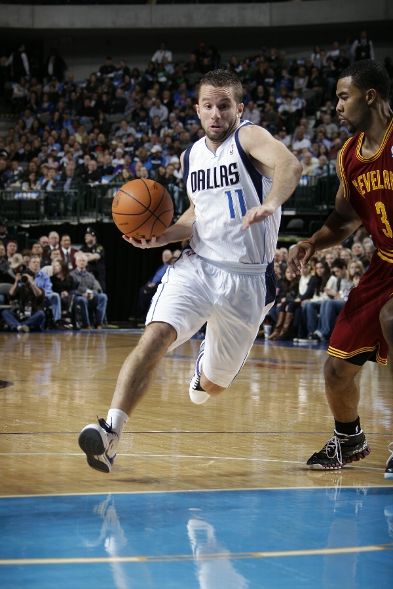 (On Dirk's lax extremities) "He threw a punch. I don't know what it was about it, but I saw the replay. I don't know if he meant to do it, but he did it. I didn't hit Dirk. I know he's not that kind of player, but he did swing." 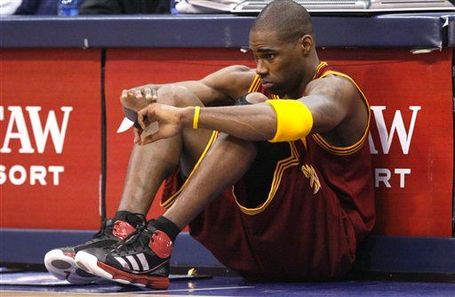 A case of the sadz.

(On the losing streak) "We're in the record books, we all know that, something we didn't want to be a part of. But it is what it is. We can't turn back the hands of time. We just have to move forward.

(Toughie) "Has it been tough? Yes. Do you ask the question, 'Why?' Yes. … I won't lie. After the games it's tough, man. So many losses in a row. But I still have to wake up the next morning, try to do my job and make it fun as well."

(On the last play) "Unfortunately, we didn't recognize the time situation. We weren't aggressive enough. It's another way to come out on the other end of the stick."

Haywood bricked none of Nil from the line, because didn't even play. Celebration for our third-best Center, Beaches!

Disclaimer: If you couldn't tell by now, all italic sentences are made up thoughts, not actual quotes. Also, breaking news, the Mavs tied their shoelaces backwards and are subsequently on a 9 Game Winning streak. Those silly little superstitious....

The Mavs (beat/lost to) [the Cleveland Cavaliers]¹ tonight (thanks to/despite) Dirk’s Awesomeness at making a 10 Point Game a 3 Point Game with some timely gifts. Hollinger would be losing his hair over this, if he had any left. The (cloud in the silver lining/major culprit) once more as usual was the lack of support from his team-mates, with the exception of Tyson Chandler/Jason Kidd². Especially useless was Jason Terry/Deshawn Stevenson/Brian Cardinal/Jose Barea/Shawn Marion/Brendan Haywood³ and it is (GUESS WHAT) THEY’RE ALMOST NOT ALL USELESS!

² Only one of them, mind you. Chandler is not supposed to miss Freethrows, so...