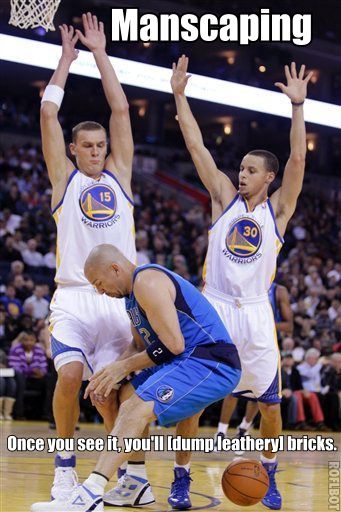 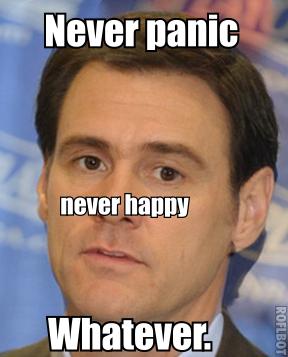 (On falling in a deep hole at the start) "Well, we're never going to panic, but we certainly weren't happy. When something like that happens, you've got to stick together and get motivated, and that's what our guys did."

(On whatever) "We had to keep searching for a group that could get us some traction. We were sluggish to start the game, maybe a hangover from last night. Whatever it may be, maybe it’s just a team that had us on our heels. Whatever the case, NBA games are long and you’ve got to keep playing. And we had to stay positive with our guys."

(On Terry starting the 2nd half instead of...Brewer) JET was in a good rhythm and I just felt that it was the right thing to do. It’s atypical, because we don’t like running his minutes up like that and that’s one of the reasons I didn’t start Marion tonight because he played 38 minutes last night. And hey, look, we’ve got to look at guys that we have. I had to see Brewer in a starting role and we’ll keep looking at things."

(On Dirk) "Well, early in the game they were real aggressive on him and he was having difficulties getting into a rhythm, so he went and got three or four offensive rebounds and put them back in and got himself into the game, which some times you have to do." 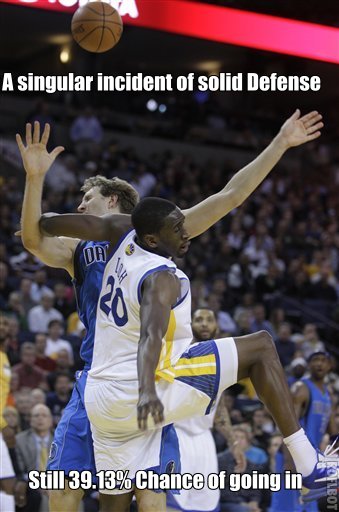 (On the Beginning) "It was a slow start I’d say. They were all over us early. We obviously came off a tough game yesterday, a physical game, and that’s why we looked like we did early. We were just a step slow to everything, and you’ve got to give them credit. They came out blazing."

(On Beaubois defending Ellis) "I actually give Roddy a lot of credit, he really took the challenge of Monta. He was phenomenal tonight."

(On the Spurs next) "Good test again, and they just came off a tough loss against Miami. I read today somewhere that they had a three-hour practice for the first time all year, so you know they’re gonna be fired up and ready to play. And always when you lose by a big margin, you’re gonna come out swinging, so it should be a fun game. Hopefully, the AAC will be rocking and it should be a fun game to be a part of." 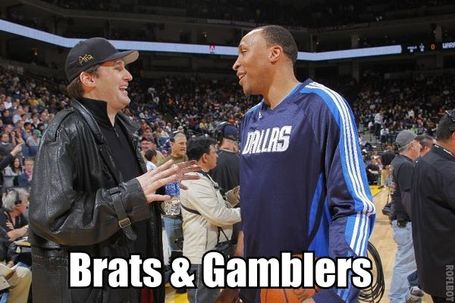 (On adjustments considered at halftime) "I think everybody started taking the challenge of guarding their guys a little bit, and that’s the biggest thing we’ve got to do. As far as executing game plans and all that, at the end of the day, sometimes you’ve just got to guard your man. Even if you are not in the mood to."

(On the Game) "It was a great game. It sucked that we had to climb out of a big hole, but we fought to the end and we got a great win." 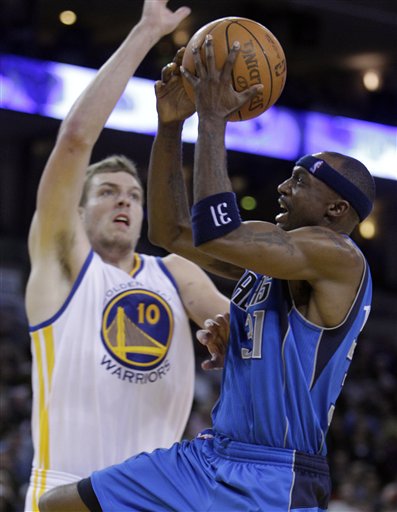 (On the three-guard lineup w/ Kidd, Terry, Beaubois) "That’s definitely a lineup that we’re gonna look at and it worked for us tonight. In the summer we envisioned it, we talked a lot about it, but we hadn’t seen it yet. And tonight was a good example of it."

(On the Spurs next) "Everybody in Alaska is gonna talk about how this is just another game, not for this team, not for us. We’ve struggled since the break against teams that are right there in contention for a championship, so it’s a measuring stick for us. How far have we come? And they’re playing great, so it’s gonna be on us to go out there and prove what we can do."

(On his matchup with Ellis) "Any time you can help your team everything helps, so I just tried to play defense on him. For sure, he’s a great player, so it wasn’t easy. But I just tried to use my length and I think I did a decent job on him, for sure."

(On overcoming an 18-point deficit) "We just kept fighting and we did a great job to come back." 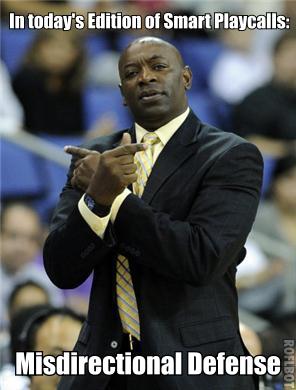 (On On Defending Dirk Nowitzki in the 4th) "We knew the ball was going to end up with him. I think sometimes you go through a lot of their coverages and plays they are going to run, but the game is going to come down to the ball being in his hand. It’s a dilemma when you play against him because he can shoot the ball from deep and he can post up...and he’s a big guy. He made some great plays, they all did. Those guys were open and they made their open shots when they were open. I thought our guys did a good job with the pace we needed to have against a team that played last night. But sometimes when you get the early lead right away, the hard time is sustaining leads like that when you don’t take care of the ball."

(On the Warriors Offense in the 2nd Half) "We probably got a little stagnant. We had some good shots, good opportunities and we missed some open shots, some shots around the basket and we missed two free throws. When you get opportunities to capitalize on some of the plays that you have; open shots, finishing plays in the paint and free throws if you don’t…those are dead possessions and now you’ve given a good team a chance to comeback when the scoreboard numbers didn’t move on your side."

(On the Warrior’s Playing with a Lead) "I don’t think they got comfortable, I just think in the NBA it’s a game of runs. A team goes up big and the other team is going to make a run and get back in the game. The next time around we made another run in the third quarter moving it back to seven, and then they made a run. It’s a game of runs. But early in the game when you have a big lead like that it’s very difficult to maintain that lead sometimes…especially if you turn it over and they score. You are not able to hold on to the lead because you’re both able to get the ball to the glass or to the foul line." 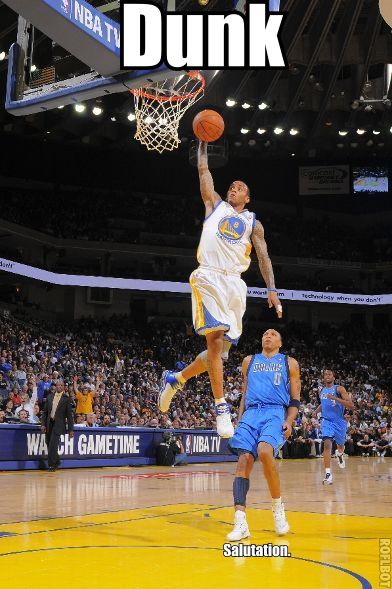 (On tonight's game) "It was tough. We should have had that game. I take the blame. I made some mistakes at the end, turned the ball over and didn’t hit the shots I needed too. I also waited too long to get everybody involved at the end of the game."

(On what to do) "Man, just play it out. Play it all the way out, full-fledged. Nothing we can really do about it now. Just go out there and play." 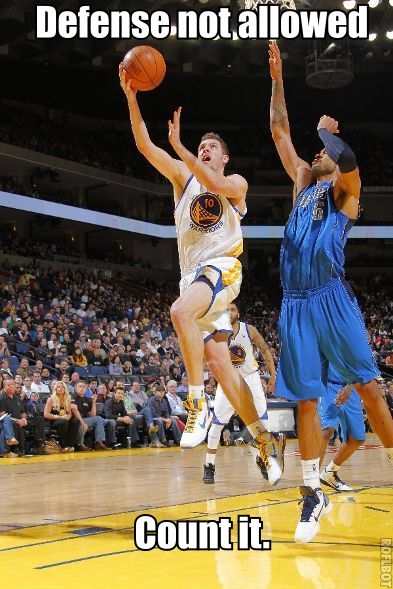 (On tonight's game) "I thought our team played pretty well tonight. We played a team that is very veteran and very good at grinding out games. With the start we got out to, I think the game was lost in the second quarter when we let them creep back in it. At that point, we were up nearly 20 and it should've been a 17- or 18-point game at the half and then they'd have to play perfect basketball to get back in the game. When you get down to a tie ballgame with five minutes to go with those guys, that's their strength."

(On Dirk) "In my opinion, outside of Kobe (Bryant), Dirk's the best pure scorer in the game. He's a very tough cover for anyone. I had my hands full."

(On the Mavs) "With the start we got off to, there's no way we should have lost this game. When you give them a chance at a tie ballgame with five minutes to go, that's their strength. We needed to blitz them from the start." 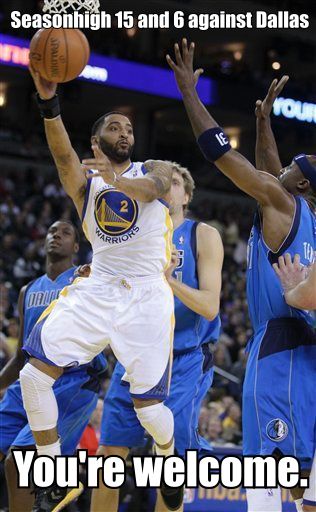 (On tonight's game) "I was just being aggressive. Coach had mentioned that they’re a little older and they were a pretty bad transition team. So he made a point to tell me and Steph (Curry) that when we were in to push the tempo and be aggressive. Also catch them in transition on their heels. We tried to do that. We made plays offensively but the fourth quarter Dirk did what he does."

(On Coach Smart Playing Him) "I am forever indebted to coach. I text him all the time telling him thank you. He trusts me, he’s giving me a great opportunity and I’m trying to do the best with it. It feels great to be playing at this point of my career."

There were some lapses in rotation, but I thought the Warriors did fine on defense. They still had the game until the final eight minutes when they suddenly went cold and Dirk was Dirk, keying a big 15-0 run to basically put the game away. There’s only so much you can do against a 7-foot assassin.

Remember when the Dallas Mavericks started their game against the Portland Trail Blazers shooting 11-11? And then they lost their touch a little and eventually lost the game? Well the beginning of the Mavs/Warriors game looked similar, except the team with the hot hand was Golden State. The Warriors shot 15-of-19 from the floor in the first quarter, while the Mavs made10-of-24. It wasn’t pretty to watch such a complete lack of defense from the Mavericks, who, at the beginning of the season, prided themselves on their aggressive D.

Initial shot defense may not have been the problem on Tuesday against the Blazers, but Dallas did a horrendous job of contesting the Warriors’ opportunities or limiting their shots at the rim. It wasn’t just the perimeter defenders, either; Tyson Chandler and Dirk Nowitzki were routinely caught out of position as they stared down an uncontested Golden State dunk or layup. When Vladimir Radmanovic is rolling to the rim untouched for a slam off a pick-and-roll, the defense probably isn’t working properly. Chandler has certainly done a lot to improve Dallas’ defensive execution this season, but his impact has probably been overstated through the second half of the season. There’s no question that Chandler is a positive influence, but if the Mavs aren’t limiting opponents to a reasonable number of points per possession, then all of the laudation rings hollow.

Haywood bricked NOTHING from the line bench. Celebration for our third-best Center, Beaches! [nsfw]

FTs for everyone that played over 8 minutes. #fluke 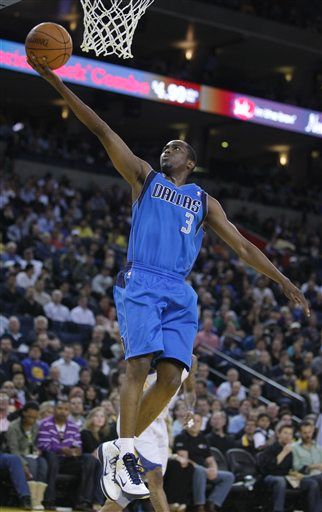 Disclaimer: If you couldn't tell by now, all italic sentences are made up thoughts, not actual quotes. Also, Spurs.

The Mavs (beat/lost to) [the Golden State Warriors]¹ tonight (thanks to/despite) Dirk’s Awesomeness. The (cloud in the silver lining/major culprit) once more as usual was the late lack of support from his team-mates, with the exception of Tyson Chandler/Jason Kidd². Especially useless was Jason Terry/Brian Cardinal/Corey Brewer/Jose Barea/Shawn Marion/DeShawn Stevenson/Rodrigue Beaubois³ and it is (GUESS WHAT) THEY’RE ALMOST NOT ALL USELESS!