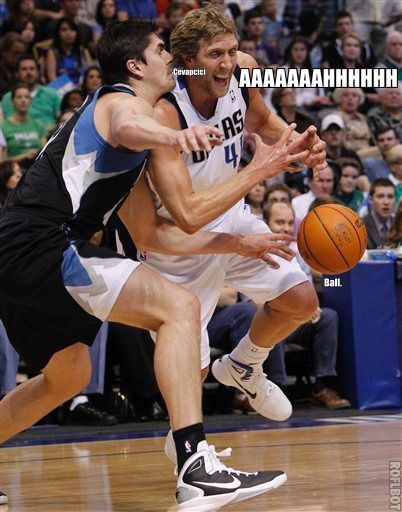 Newsflash: It's not Summerleague just yet, dear Mabs & Mr. Randolph. 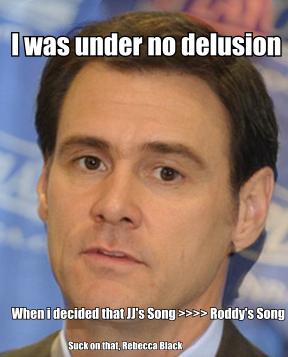 (On the Win) "I was under no delusion that we were where we needed to be. We had two very good days of practice. I liked a lot of the things that happened in the game. It’s a close game and it went to the last possession. But I’m not going to make a win feel like a loss. You’ve got to give Minnesota some credit, too. They battled hard, and they kept coming at us. They threw in eight out of 18 3’s, and a lot of them were difficult. But we’ve got to keep going."

(On the Mavs) "There are some things we’ve got to keep working on and working out, but I’m going to remain very positive about these guys. I believe in these guys. Do i have a choice?"

(On closing) "We're a veteran team that knows how to win. Persistence has to be our calling card, or else."

(On 50 Wins) "It's more about the commitment Mark Cuban has made, that there have been good players and Mark has surrounded Dirk with good players."

(On Randolph) "First, he hit outside shots, which set up his drive game. He’s a tough cover when he’s got his outside shot going. He’s a guy we needed to do a better job on, without question. But tonight, Randolph was the key guy for them." 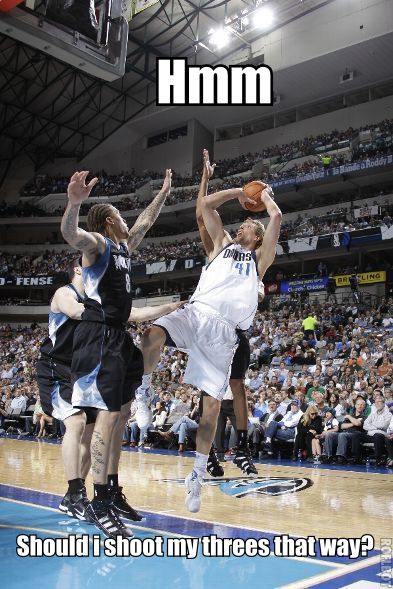 (On the 50-Win Streak) "Yeah, it’s nice, but I think I’ve said it the last couple of years, I’d rather trade it in for a championship. Really, 11 50-win seasons don’t mean anything. But it shows that we’re consistently good, we have a good team and we play well in the regular season. So, hopefully we can top it off in the next couple of years and win a ring."

(On Minny) "You’ve got to give them credit in the second half. We’d try to make runs, got up by eight one time, and they kept coming back. They kept making shots, they got hot from 3 there, and we really had to dig deep and grind it out."

(On Defense) "We looked a little rusty there in the first half. We weren’t really shooting the ball well, but I thought defensively we weren’t really that bad, holding them in the low 40s. It was decent, i swear think guess."

(On the Roadtrip ahead) "It’s one of the toughest road trips I’ve been on in this league, so it’s gonna be tough. But we’re a good road team, we’re not scared to play on the road, we’ve won big games on the road before. We’re just gonna go out there, play hard and hopefully get some wins." 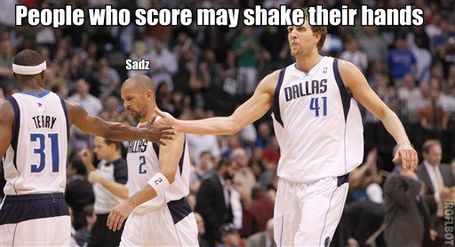 (On the 50-Win Streak) "Obviously, everyone knows that 50 wins don’t get you a championship, and that’s always been the goal. So, hey, we got to 50, now let’s take care of the other part."

(On the 4th) "Dirk was saying in the timeout that we can’t lose this one, we had to do whatever it took to get the win. And we were able to get stops. Offensively, he and I made big baskets. And at all cost it was just let’s get this win and let’s get out of here."

(On the Two Man Game) "It's the key to our success late in games, it's no secret, if it's a close game late in the fourth quarter, Coach is going to ring up our numbers and we need to answer. We work extremely hard on the pick-and-roll in practice, and during these types of games our team needs us and that's what clutch players do by coming up big when the team needs them most." 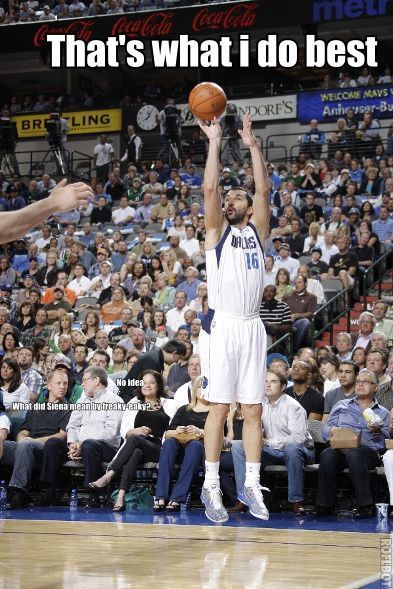 (On coming off the bench again) "Whenever your name is called you’ve got to be ready to play. At this point of the season we all have the same goal. The main thing for all of us is we have to all be ready. It doesn’t matter how many minutes it’s gonna be, you have to be ready." 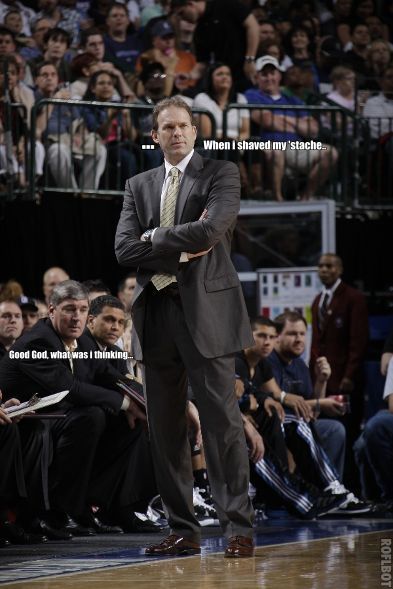 (Where is the Love?) "There is an outside chance, I don't know how great that chance is, that he may miss the rest of the season. Obviously, with hamstring or groin injuries, you want to be cautious with them because they can linger for a long period of time, and we don't want that to happen with Kevin." 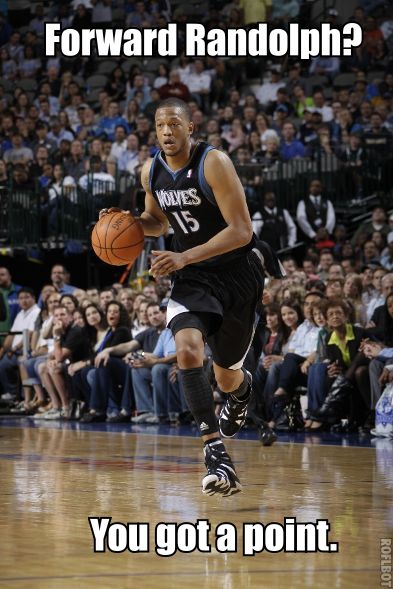 (On No Love) "It was weird. We're missing a huge part of our team without Kevin being here. I think if he was here, we definitely would have won the game. We'll be happy when he comes back."

(On his game) "I feel like I don't have to prove nothing to nobody. I'm just happy to be able to play a game that I love. That's all that I've always wanted to do."

(On his Skillz wasting away) "Just God-given ability, I was blessed to be able to do a lot of different things. The Timberwolves gave me a chance to come here and play, coming out of the situation with New York where I really didn't see the floor too much unless it was garbage minutes. I'm just thankful for my opportunity, trying to make the best out of it."

Hoopdata Boxscore (Dallas was nice at the Rim and with long jumpers, shitty anywhere else)

....what are the Timberwolves running?

...let’s dig for the silver lining amidst all the gloom naturally emanating from this game...

Haywood bricked 33% from the line in three tries. Celebration for our third-best Center, Beaches! [nsfw] 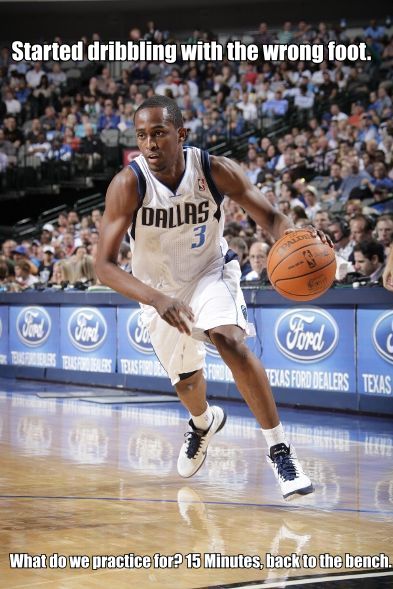 Disclaimer: If you couldn't tell by now, all italic sentences are made up thoughts, not actual quotes. Also time is essey!

The Mavs (beat/lost to) [the Minnesota Timberwolves]¹ tonight (thanks to/despite) Dirk’s Awesomeness. The (cloud in the silver lining/major culprit) once more as usual was the lack of support from his team-mates, with the exception of Tyson Chandler/Jason Kidd². Especially useless was Jason Terry/Brian Cardinal/Brendan Haywood/Jose Barea/DeShawn Stevenson/Rodrigue Beaubois³ and it is (GUESS WHAT) THEY’RE ALMOST NOT ALL USELESS!