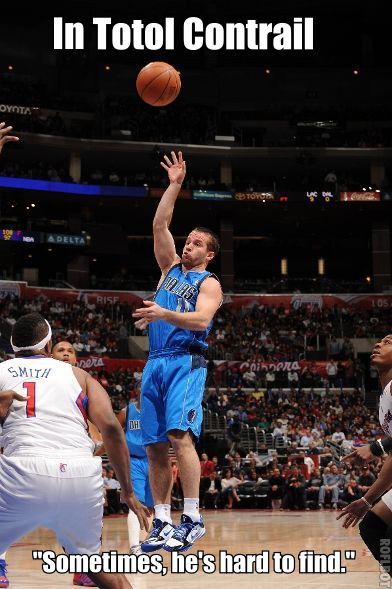 Speaking of things that are hard to find, where's the Defense, Dirk's outside touch, Mavs ability not to foul or lose big Leads, Rebounds, Charity Stripe accurracy, Fastbreak opportunities..... 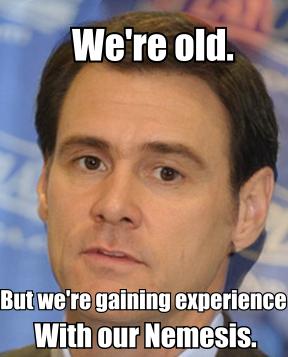 (On another poor start) "Right now our nemesis is early turnovers. We had six in the first quarter for nine points and that got us off to a bad start. So, we’d like to get off to a better start in terms of efficiency with the ball, and if we can do that, it will help us. Can we do that?"

(On the Clippers) "This is a team with playoff talent. They're a little bit young and battled through injuries. But this is a team that's on the rise and going to be an improving team every year going forward."

(On the Clippers near-comeback) "It started with Jamario Moon hitting a 3. After that, they made a layup and get to the free throw line and all the sudden it's under 10. Then the building is into it and we had to answer. This is a good win for us."

(On the meaning of this game) "Well, we’re gaining experience. Guys like Barea are not real young players anymore, he’s a veteran. And he’s stepped up big for us this year in a lot of crucial situations. I mean, the 3 he hit in the corner was probably the biggest shot of the game because of the run they were on, and his penetration was key for us as well."

(On the Lakers next) "Tomorrow is a different kind of test. We know that. It’s the kind of challenge you’ve got to look forward to."

(On trailing again after 1) "Barea really got us going there in the first half. I thought him and Peja came in and really changed the game for us. We had nothing going, looked slow and couldn’t get anything going. So, they were big. Peja and J.J. really got our energy going in the first half and got us right back into the game."

(On the win) "Obviously, we wanted to get some momentum heading into tomorrow, so it was a good win. We had a good lead there in the fourth quarter and didn’t really close the game out the way we wanted to. They made some plays and the next thing you know they’re back in the game, but we definitely needed the win."

(On if losing leads are a concern) "No. We’re still right there with everybody. Hopefully, we’ll get a big win tomorrow. That’ll That would be a good one to get."

(On the 2nd seed) "It’s not the end of the world to be 3, but we’re going for it. We’re going to leave it all out there tomorrow and until the playoffs. We’ll see what happens, where we are at the end." 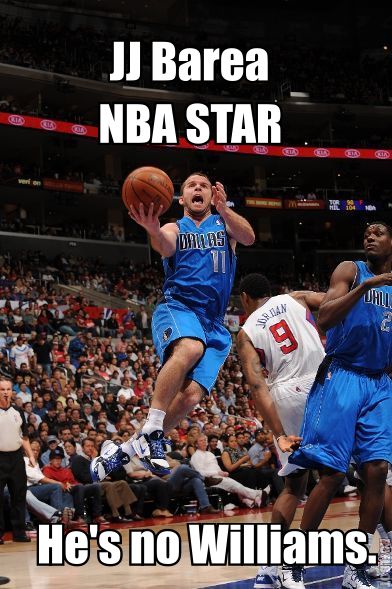 (On his game) "Well, I was just trying to attack every time and get in the lane and create for myself or for my teammates, and it worked out tonight."

(On icing the game) "We just needed a bucket. I hit that one from the corner and it was the bucket of the game, but they’re a good team and they’re always gonna keep coming. And Blake is a competitor, but we weathered the storm." 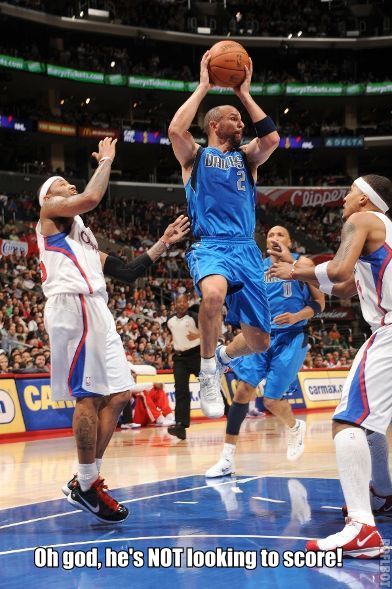 (On the third quarter) "Our third quarters have been pretty good to us of late, and again our defense has been stepping up. We got off to a slow start, but we just don’t panic. We just keep coming." 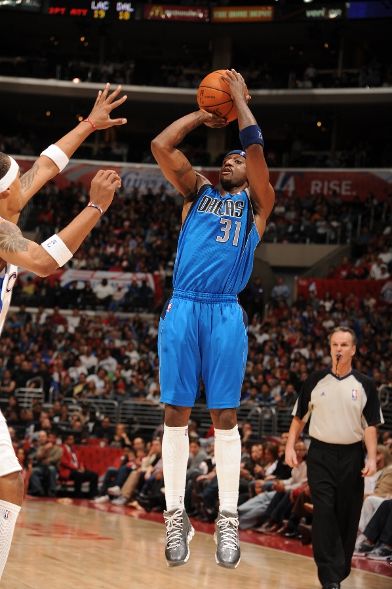 "I'm pretty confident i can make brick this one. Wait, is it the fourth quarter already?!?"

(On ways to combine foot and mouth the Clippers) "This is one of those we mark on the calendar. They're a bad team, it's not a good team, so we had to win." 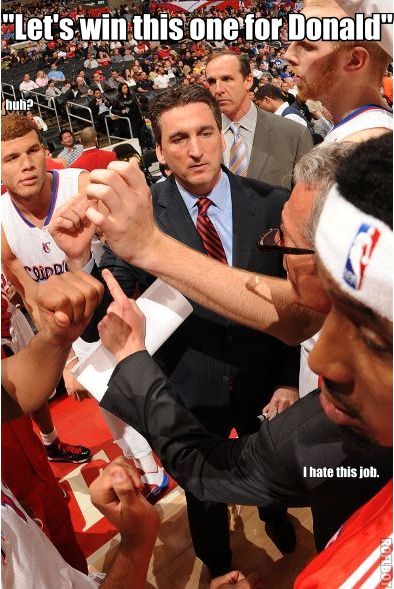 (On Williams)"Mo got off to a really good start.He got us going early in the first quarter and was really aggressive on the break. I loved his aggressiveness, getting technicals and all."

(On the Mavs) "They’re very efficient. You know where the ball is going to go with Dirk Nowitzki and Jason Terry. They’re one of the better teams for a reason. They’ve been together. They can execute."

(On turnovers) "We had some opportunities on the break in the first half and the second half where we’re turning it over and not even getting a shot and they’re coming back and laying it in."

(On the NBA STAR) "Barea’s penetration and quickness is tough. He keeps attacking. He’s tough in the open court. Sometimes he’s hard to find. He gets to the basket. If he doesn’t get the ball on the rim, he’s making plays for shooters. He gives them a totally different dimension than Jason Kidd does." 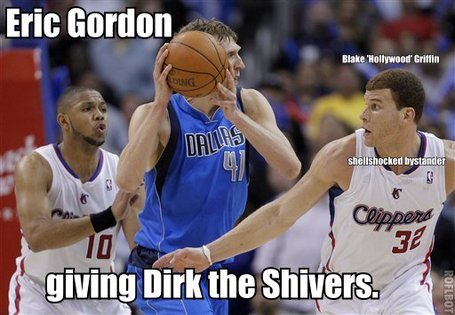 (On the Techs) "We lost control of the game when we had all those technical fouls. That gave them a good run and those were free points we gave them. They just got a lot of calls."

(On his Game) "I just couldn't get easy baskets. They didn't let me get into the lane. When that happens, you end up with just long-range shots."

(On the Clips) "We’re just trying to become a better team. That’s all we can do, play well together and find ways to improve out team chemistry-wise." 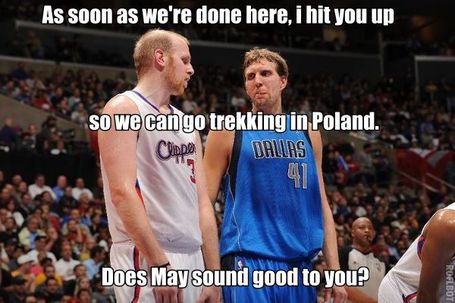 (On Dirk) "I think he [Nowitzki] is hurting a little bit with his knee. He's trying to fight through that and finish the season strong. He knows that. They need him and you see what happens when he doesn't play. They struggle."

Right from the start, Barea used his aggression to get into the lane and it led to easy baskets for the Mavericks. The Clippers did not have an answer for the backup point guard and he took advantage of the situation. On a night where Jason Terry did not have his A B-Game, Barea came up huge and he was truly the difference in the game.

I am, at this point, completely fascinated by J.J. Barea. For one thing, I can't think of another NBA player I'd more like to punch in the face. Partly of course, because he's one of only a few NBA players who wouldn't put me in the hospital in any physical confrontation. But it's not just that - after all, it's not like I want to punch Earl Boykins. Barea is just so damn annoying. Then again, he wouldn't be annoying at all if he was playing for the team you were cheering for. But the real reason I'm fascinated by Barea is that he somehow manages to play like he's All NBA first team all the time against the Clippers, and just looking at his stats, it's pretty clear he can't be this good (or really, anywhere close to this good) against the rest of the league.

ClipperBlog The Comeback that wasn't

Hoopdata Boxscore (19-14 At the Rim Attempts)

Haywood bricked everything from the line in three tries. Celebration for our third-best Center, Beaches! [nsfw]

Chandler shanked all four of his attempts. 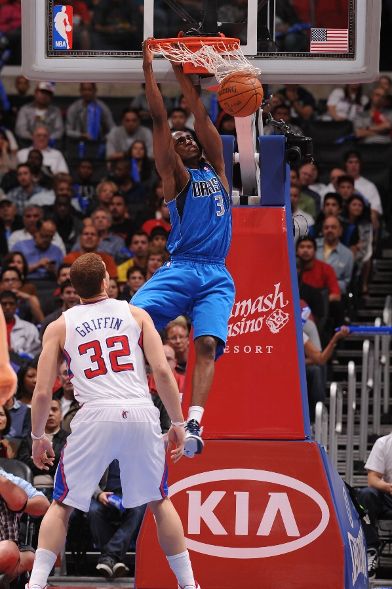 Disclaimer: If you couldn't tell by now, all italic sentences are made up thoughts, not actual quotes. Also, REBOUNDS!

The Mavs (beat/lost to) [the Los Angeles Clippers]¹ tonight (thanks to/despite) Dirk’s Awesomeness. The (cloud in the silver lining/major culprit) once more as usual was the lack of support from his team-mates, with the exception of Tyson Chandler/Jason Kidd². Especially useless was Jason Terry's shooting/Peja Stojakovic/Brendan Haywood's FTshooting/Jose Barea/Shawn Marion/Rodrigue Beaubois's Stand with the Referees³ and it is (GUESS WHAT) THEY’RE ALMOST NOT ALL USELESS!