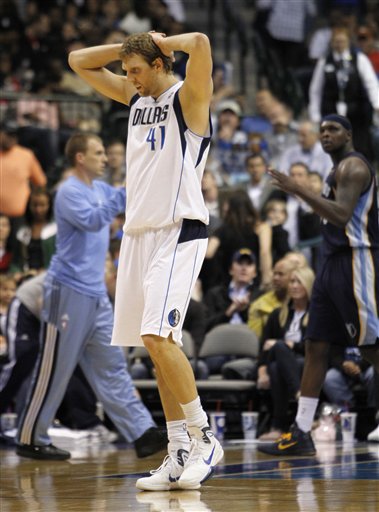 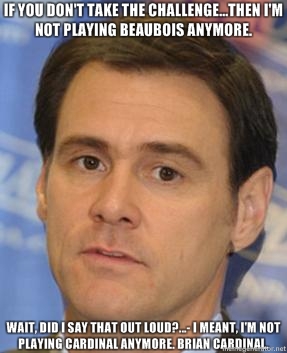 (On the game) "We didn’t take the challenge at either end. And look, the whole game was the third quarter. You give up 41 points, turn it over six times and basically don’t take the challenge, you get what you deserve. That’s basically the bottom line. The bottom line is that our disposition wasn’t there in the third quarter the way it needed to be. It’s as simple as that."

(Challenge?) "When you don’t respond to a challenge the way we didn’t in the third quarter, you put yourself in harm’s way. The NBA game is too long, too many things can happen. You leave yourself open to Haywood getting a blocked shot and it falls right into Battier’s lap, he lays it end and they take the lead. And then Dirk’s got to hit a tough shot. And last play, three seconds, anything can happen. And the magnifying glass goes on the last play, but it shouldn’t. It was the third quarter."

(On the Grizz paintshop) "Well, they don’t shoot many threes. They’re a points in the paint team. They’ve decreased the number of threes they take. I mean, they throw the ball up and go get it." 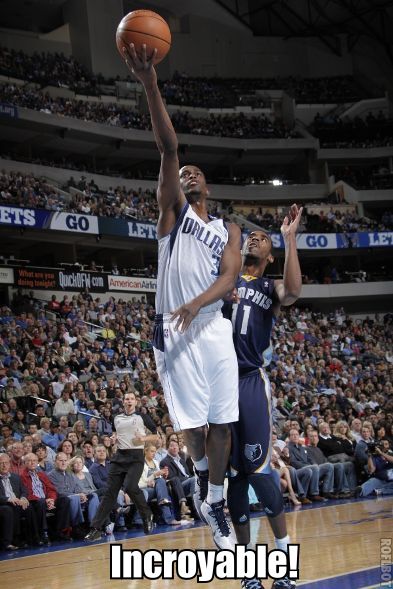 (On his subpar start - no rebounds, after all) "It felt good, so I just tried to push myself and tried to help the team."

(On the third quarter) "It was tough. We were up by 17 at the half, and then we came back and weren’t ready to play. And they took advantage of it." 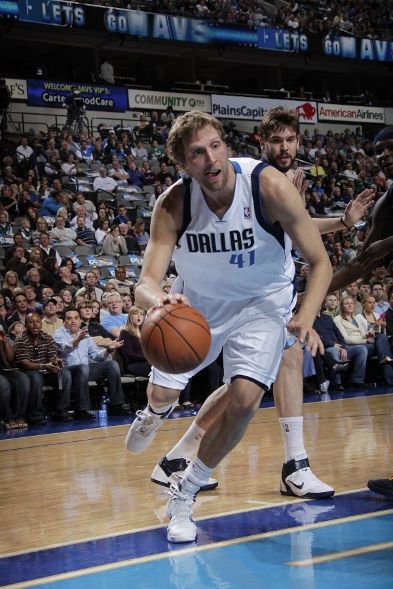 (Admit your sins) "They just took it to us, it’s as simple as that. We turned the ball over, gave up offensive rebounds, and 41 points is a lot to give up in one quarter, especially after a pretty decent first half."

(On the Loss) "That's what happens sometimes if you give up big leads all the time, at some point, it's going to come back to bite you and today it did."

(On the Gamewinner) "They made a good play down the stretch to win it, but it should have never come down to that." 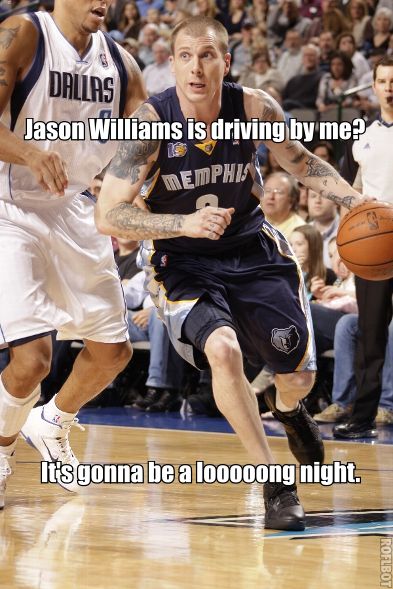 (On what changed for the Grizz) "[Randolph] got more looks, more touches and he just was being more aggressive and going up stronger. He saw some advantages and he started going quicker, and we couldn’t adjust to that. He was hitting some tough shots, but he got it going. He finds ways to get the ball in there without even being above the rim."

(Why does MEM trouble y'all?) "Zach and Gasol are a really big handful. They’re a hard matchup for us. We’ve got to send double teams at them, because of the way they play and their size." 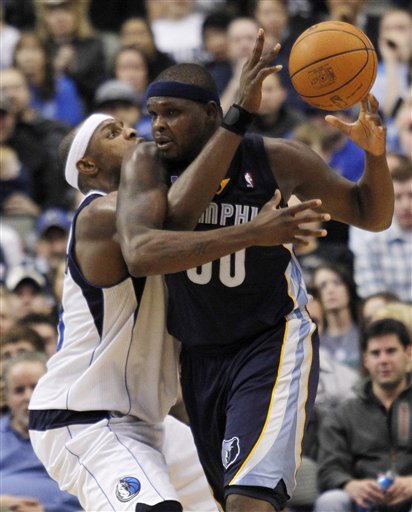 How to grab a rebound.

(On Zach's shot) "I got up as high as I could. I covered up his left hand, but that’s what Zach does, he makes tough shots. He’s made a career out of that."

(On the Loss, explained) "They had a lot of offensive rebounds and we didn’t pinch in as a unit. We just didn’t do a good job of shutting the paint off. This is a team, if you look out there, there’s not a lot of 3-point shooting out there. And we allowed them to score in the paint where they feel comfortable." 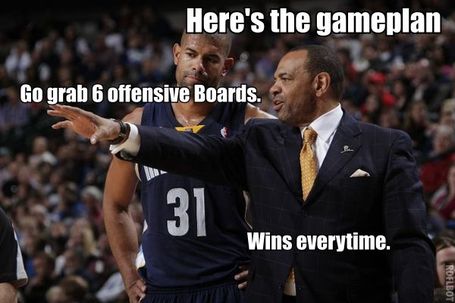 (On to change momentum in the second half) "We changed the lineup, I thought we were out of whack. Our rhythm wasn’t there and we were playing at too fast of a pace. We were just out of control. In the second half I decided to start OJ and Shane and get into a pick and roll game. We were spacing the court pretty good with those two guys, then we had Darrell and Zach, and we had Marc and Zach, and Marc and Darrell. I decided to shorten the bench a little bit. Those guys did a heck of a job increasing the defense. Then we got some breakaways and fast breaks, and then we came back and executed in the pick and roll and we attacked and got stuff in that as well. It was just a real team effort. It takes a little bit of luck but it takes a lot of heart not quitting in order to at least give yourself a chance. We made big plays down the stretch. Shane got a couple of big loose balls. He got the one that was going out of bounds that was blocked and layed it back in."

(On the last shot by Zach) "It was just a big time shot and we had tried to run the play before with somebody else and I noticed that Zach was the guy that was going to be open if we wanted to run it again the way they were playing it. I just stayed with the same play and just switched positions. Zach came off the screen and nobody came with him. He had the ball when Haywood finally came over to him. I think Haywood thought he was going to drive. Thank God he thought that. I hoped he thought that. He allowed Zach to get off his shot and when it went up in the air, I thought it was good."

(On taking three of four from Dallas this year) "We’re trying to get wins, so every game we play is important. Every win we get is huge. It’s not whether it’s against the Mavs or not. I don’t know what significance that that has, but we’ve got to beat a lot of good teams down the stretch. We go home tomorrow and have Oklahoma City. After that we go to Miami, we come back home and have the Knicks. So every night is huge for us as we go down this sprint to the home stretch, trying to get in the playoffs." 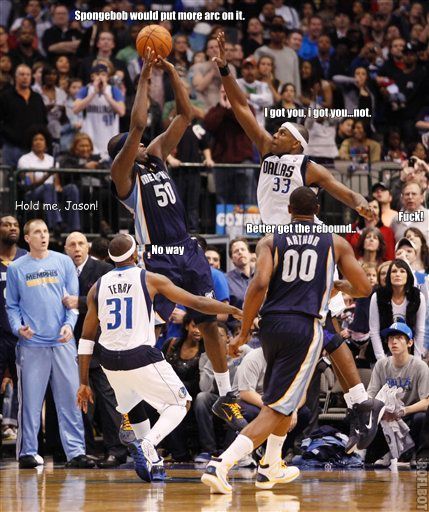 We have a winner.

(On his game winning shot) "Coach drew up the play up for me to come out to the corner and Mike (Conley) got me the ball and I got a good rhythm bounce and got the shot off. If I wouldn’t have put the dribble down he probably would have blocked it. I had to put it on the floor and get some rhythm and get the ball up. That is definitely higher than I normally shoot it. I can hit a lot of shots like that, I felt comfortable when I released it so I felt real comfortable with the shot."

(On the third quarter) "We just came out with a lot of energy. We got defensive stop, Mike (Conley) had a great game. He hit big shots. OJ (Mayo) played good and everybody else just took it in. That is what we have to do. Every game we play is like a playoff because we are trying to get somewhere, so we have to come back and try to win the game. There are now games that we can take off a night. It is not there. If we want to get to the next level we have to come out and win the games and play hard."

(On his second half play) "It just loosened up for me. I was getting the ball. Even thought I didn’t get a lot of assists tonight, I was facilitating assists. If they doubled teamed I got the ball out so we could find open guys. It loosened up throughout the game. This game was important. The Mavericks are one of the best teams in the league. It is real important that we showed we can compete with Dallas and come here and compete, this is a hard building to win in. But, like you said, they had a winning streak going and we beat it today. It is real important that we come out and focus on these game, understand what we are playing for and who we are playing against."

All good things must come to an end. The Dallas Mavericks were not going to go undefeated for the rest of the season.

look at this little jewel. Gotta love that. That, my friends, is some Grizzlies basketball. Look at all those blue circles in the lane. THAT is what we expect from the Grizzlies, and they delivered. Coolest part of it? It wasn't just the ol' "turn 4"-the dribble penetration, by OJ in particular, really made a difference. Sure, the standard ZBo offensive rebound action was in effect (as was a GREAT game on the glass by Battier), and the Grizzlies did very well on 50/50 balls in the paint-but Conley and OJ made a living in that paint in the second half (well, Q3 for OJ).

Haywood bricked One of 2 from the line in 39 Minutes. Celebration for our third-best Center, Beaches! [nsfw]

Beaubois had his first Freethrows of the Season and promptly bricked 2 of 5. 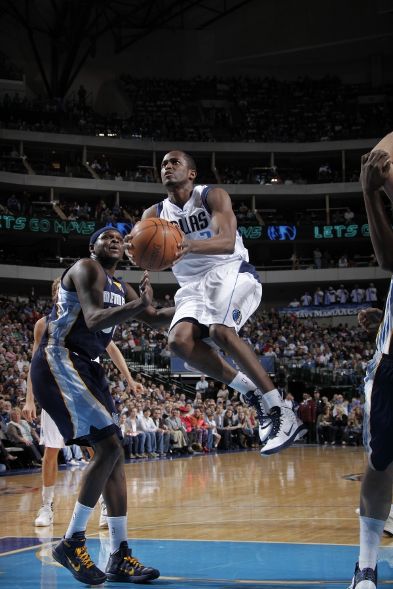 Disclaimer: If you couldn't tell by now, all italic sentences are made up thoughts, not actual quotes. Also, breaking news, the Mavs forgot (again) to tie their shoelaces backwards and are subsequently on a 1 Game Losing streak.

The Mavs (beat/lost to) [the Memphis Grizzlies]¹ tonight (thanks to/despite) Dirk’s Awesomeness. The (cloud in the silver lining/major culprit) once more as usual was the lack of support from his team-mates, with the exception of Tyson Chandler/Jason Kidd². Especially useless  was Jason Terry/Peja Stojakovic/Jose Barea/Shawn Marion/Brendan Haywood/Rodrigue Beaubois/Corey Brewer³ and it is (GUESS WHAT) THEY’RE ALMOST NOT ALL USELESS!

² Only one of them, mind you. Well played.