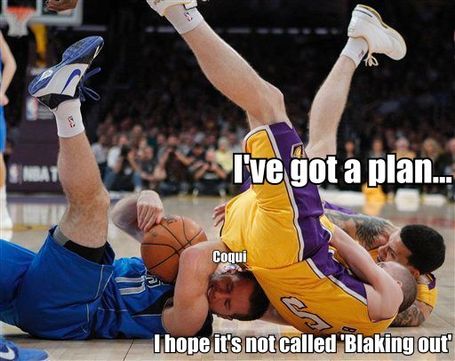 The final 28 Point Margin is the largest the Mavericks have had this season (on either side). It's also the second real blowout Loss [>15 Points], first one being Memphis, 70-89. Good timing with 7 games left till the Playoffs, i'd say. 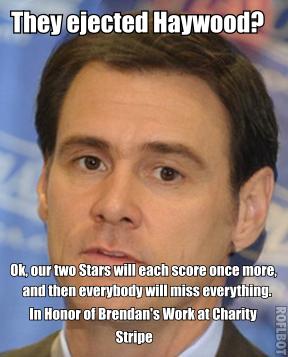 (On tonight's game) "We struggled, we had a couple guys with 9 points [1, to be exact] , it would've looked better if they had one more point, a couple more guys with double figures. But, you know, this is a good defensive team. They do a good job of getting into you and being physical. I thought the key part in the second quarter where their second group came in and got physical with us, it put us on our heels. But then I felt like we responded well and got the lead back, and we kept it manageable at half time, but you know the third quarter was tough. We needed a little more offensively and defensively, but it didn't happen."

(On how they got so far behind in the second half) "I still have a strong belief in our guys, I really do. I liked the way we were playing, the problem was certain junctures in the third quarter where we needed to hit a couple shots or make a couple free throws, we didn't. Their second chance opportunities killed us, they had 27 second chance points and we had a much lower number, and that really hurt us. Then it snowballed. We had a tough night offensively and we were having a tough night on the boards."

(On ejections) "Once the whistles start blowing, the referees decide who’s gonna play and not play or who’s gonna be ejected or not ejected."

(On the Loss) "Look, this was a highly-contested game for parts of it, we take the loss and we’ve got to get ready for the next one." 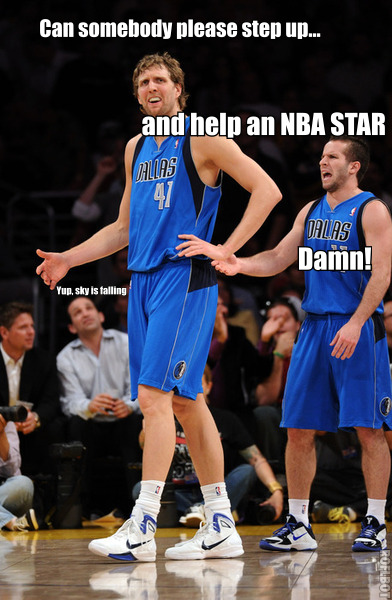 (On the loss) "We couldn't really get stops in the third quarter, it was a three point game…we kind of went downhill there. They played a little more physical, they made shots, and that was the ball game right there. We couldn't respond the right way and…it was still a 12 point game coming out of the third [quarter], it was still doable. Then Lamar [Odom] and this two three's and gets it out of reach for us."

(On the 4th thing) "It was a chippy game, so the playoffs started early. That’s what the playoffs are all about, emotions can run high and things are gonna happen." 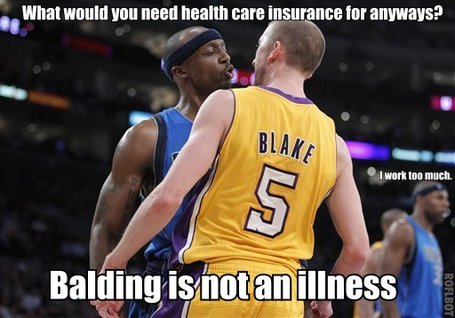 (On arguing w/ Blake about the Benefits of public health care) "It’s been a long week for me. Emotions got the best of me tonight. I already apologized to the team. You just can’t let that happen in big games. But the game was getting out of hand, so things happen."

(On Suspensions coming) "There was no intent to hurt anyone, so I don’t see a suspension."

(On Barnes Stock Advice Oncourt) "He said the same things he's been saying since he played with Golden State, which is a invest in Lehman in bunch of nothing. I don't really pay too much concern about it." 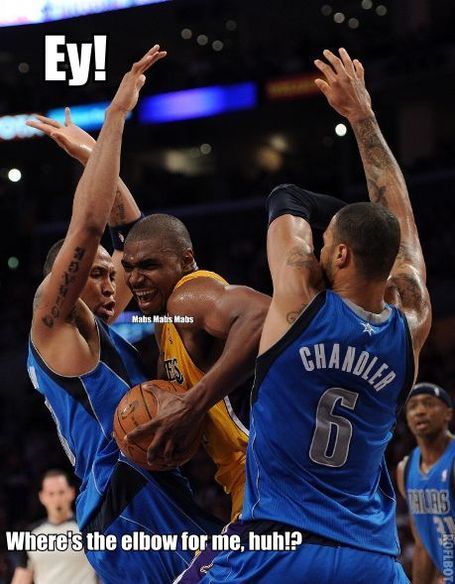 (On going into that kind of rivalry against the Lakers) "I think it's becoming a big rivalry, a good contest, it's fun, that's part of great basketball."

(On the difference in tonight's game) "They were able to control the paint very well…they hit some tough shots. We missed a lot…and that was the difference in the game. They just got a little bit of heat there a little in the fourth [quarter], but it's part of basketball, it happens." 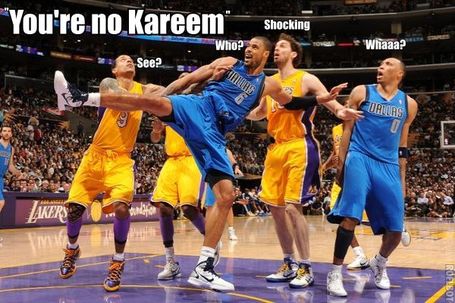 (On possibly seeing the Lakers again in the playoffs) "We have to tighten things up. I knew that before this game. I think this game just exposed a lot of those things. The good thing is this wasn't the playoff game, this was a regular season game and I'm sure we will see them again." 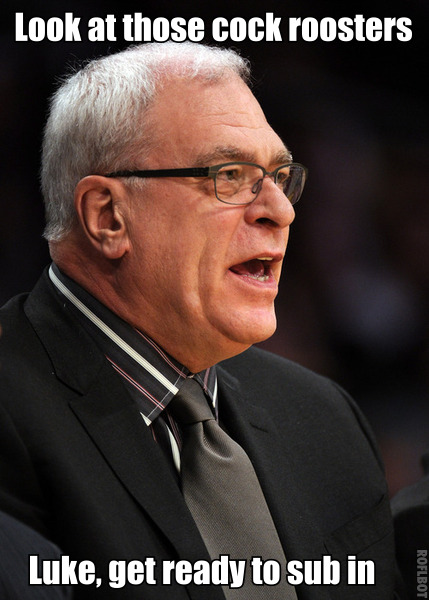 (On the playoff like atmosphere) "We don't want the game to end up like that but you want to see players competing and carrying about the game at a level which brings that kind of intensity. It's just a build up, a build up for what we can see down the road."

(On fighting) "There was no fight. There were two cock roosters bumping chests is what it was. It heated up, and there was just some pushing and shoving going on."

(On coaching) "One of their coaches grabbed Matt. That's not what you do. You grab your own players. That's kind of the rule of the game."

(On Crawford ejecting) "Joey's real quick with that. He ejects guys if they have a hangnail."

(On the heightened intensity) "Each one has got a taste of the other team in their mouth and they know kind of what to expect."

(On Cardinal Sins against Spainards leading to Brown leafs)"That was nothing. It was just because there was another thing going on that he was ejected."

(On how the team was so successful in the 2nd half) "We kept them off balance. We kept them out of the places they wanted to shoot the ball and kept them off balance and it started off with a number of things that went the right way for us. Dirk, got an offensive foul and he was unhappy, various guys got unhappy out there because I thought our defense was stepping up and making plays."

(On the toughest part about playing in Utah tomorrow) "Travel – getting there, getting to bed and getting some rest." 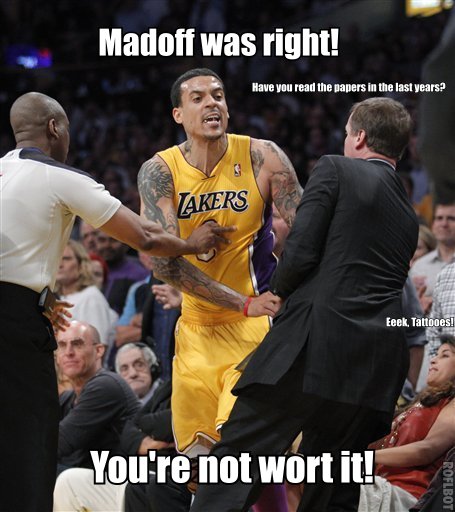 (On what message was sent by beating the Mavericks so handily) "That you're going to have to come through us. We're not going to give you games. We're going down the stretching and gearing towards a championship, so nothing comes easy."

(On pushing Stotts) "I didn't know who grabbed me, to tell you the truth. [Referee Superstar] Joey [Crawford] bodied me all the way to the middle of their bench, so I'm just trying to walk to our bench and someone's trying to bear-hug me. I didn't realize it was a coach. Until I turned around, after he was thrown off me. I definitely wouldn't want to push a coach but he was bear-hugging me right on their bench. 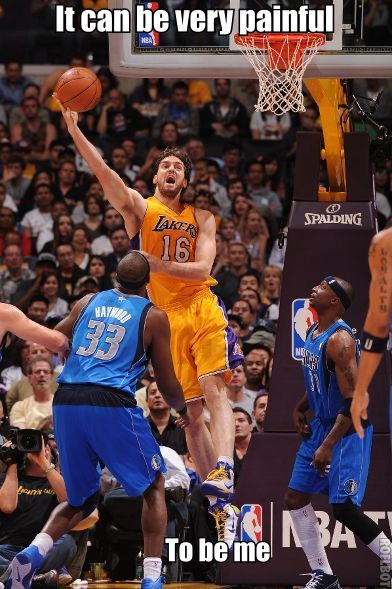 (On what message was sent by beating the Mavericks so handily) "It's a meaningful win for sure. It doesn't matter if we won by 28, 15 or five. I think it was a good message for us to send. We have eight games left, tomorrow we have Utah and we have to be ready to play."

(On Lamar Odom's performance tonight) "It was huge. Lamar hit those three [three-pointers] in a row. He's always solid and tonight he gave us a really good lift." 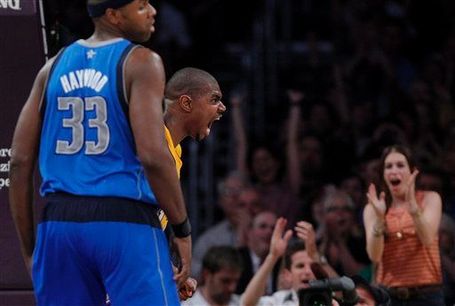 "Who wants to ride on my shoulders NOOOOWWWWW?!?!?!"

(On tonight's game being like a playoff game) "I think they were tired of getting beat. We got them at their place and we really went out there and made it tough on them."

(On what message was sent by beating the Mavericks so handily) "We just wanted to put our stamp on the game and let everybody know that we're here to win." 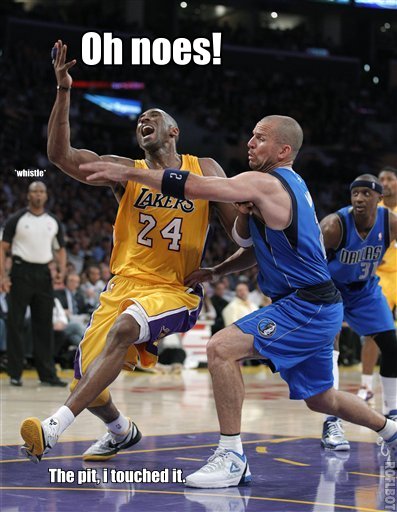 (On the game) "It was a good game. It was a playoff-type atmosphere and it got a little chippy. It was fun for us to play in."

(On the Lakers bench play versus the deep Mavs bench) "Our bench responded to the challenge and did a good job on them defensively."

(On Barnes escalating helping Blake) "That's what you're supposed to do. You can't let that stuff slide. Period."

(On Lamar Odom's performance tonight) "He's been playing like that all year. For him, I'm sure it was kind of a challenge to be that Sixth Man of the Year. [Jason] Terry has been a phenomenal sixth man for years but I think this is [Lamar's] time."

(On beating the current No. 3 seed Mavericks by 28) "It just shows that we're geared up. We're getting really close to being ready and we're locked in and focused. When we're like that, we're a tough team to beat."

(On good times with the Mavs) "If we see them down the road I'm sure it will be more of what you saw tonight."

So yeah: just your typically boring, regular-season game in late March. I suppose we should talk a little about how the teams actually played. Basically, the Lakers treated the Mavs like a sledgehammer treats cheap, rotted-out drywall.

Three members of the Los Angeles Lakers, nicknamed the Killer Bees no less, all get ejected from a basketball game for a combination of standing up for themselves or their teammates, and less than two hours later, Matt Barnes unveils that Killah Bees shirts will be available on his website within the hour? You really want to tell me that's a coincidence?

Hoopdata Boxscore (The Lakers defensive Strategy is to give you the mid-longrange jumper. Naturally, the best mid-long jumpshooting team in the league goes 4-19 there.)

And now my fingers are tired.

And while most will focus on how this game devolved into a shoving match with flagrant fouls and ejections, what I’ll remember is how the Lakers once again proved that the Mavs truly struggle to compete with them over the course of a full contest. Dallas may have been able to keep this game close early on by making their jump shots and changing up the pace of the game with their reserve guards, but the Lakers bigs were again too much for the Mavs front line to handle.

Haywood bricked everything he took from the line, which was zero, because he didn't need to be fouled/get a call . Celebration for our third-best Center, Beaches! [nsfw]

Disclaimer: If you couldn't tell by now, all italic sentences are made up thoughts, not actual quotes. Also, front/court.

The Mavs (beat/lost to) [the Los Angeles Lakers]¹ tonight (thanks to/despite) Dirk’s Awesomeness. The (cloud in the silver lining/major culprit) once more as usual was the lack of support from his team-mates, with the exception of Tyson Chandler/Jason Kidd/nobody². Especially useless was Jason Terry's shooting/Peja Stojakovic/Brendan Haywood's Peacemaking/JJ Barea/Shawn Marion's Rebounding/Rodrigue Beaubois's Percentages³ and it is (GUESS WHAT) THEY’RE ALMOST NOT ALL USELESS!