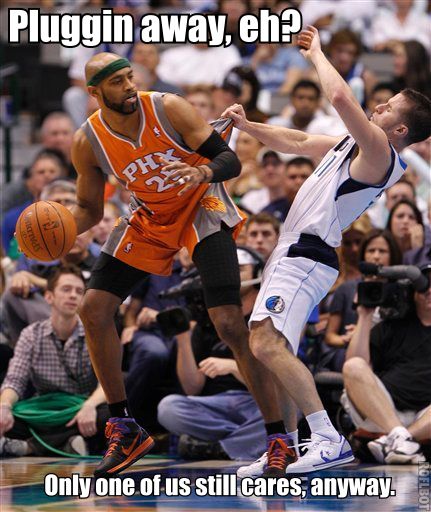 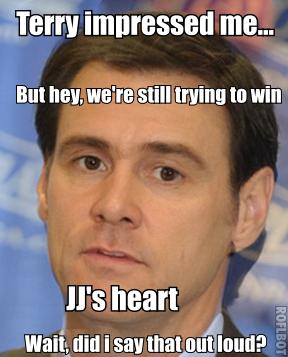 (On the game) "Jason Kidd played; that helped a lot. I thought everyone played well. We didn’t always make shots, but we played hard and played together, and we had good balance. All those things are important."

(On team's performance in the last two games) "From the 2nd quarter of the Clippers game going forward, there has been consistency, efficiency, and we’ve just had an edge that we need to have."

(On Kidd’s performance) "He just played his normal game: ran the team, distributed the ball, hit open shots, was in the middle of a lot of positive scramble plays. It makes a difference when he’s out there for sure."

(On Beaubois in early foul-trouble) "I decided to get Terry in quick because I thought it was important that he jump back into this thing."

(On Terry’s performance) "Terry had a great game, well-balanced in terms of: he penetrated, he found people, he made shots that we needed him to make. But his overall game is really what impressed me."

(On the importance of the win for Confidence reasons) "I don't know that our team is the kind to lose confidence, but winning is always going to put a more positive vibe in your locker room. We're still plugging away."

(On the fake seeding-drama) "There are two more games left, and we want to keep some momentum going in a positive way."

(On winning) "We're still going to try to win. That's where it's at. That's what we're about. Yeah, we've hung in and given ourselves a chance. They've faltered a little bit so we'll see what happens. Our plan is to hang in there for second and keep plugging away. We have two more opportunities to get wins and that's our plan.'' 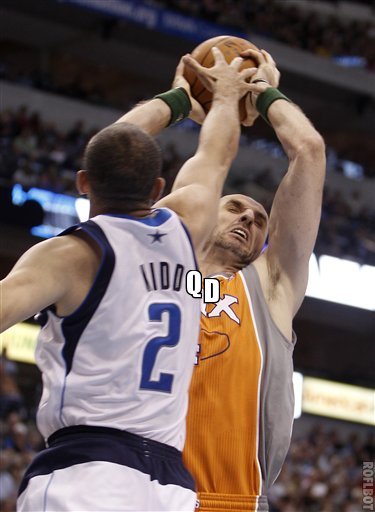 (On playing again) "As the new player, that was my job, to get off to a good start. For me, it was to be able to push the ball, get guys shots and go from there."

(On sitting again) "We'll talk about it. The plan was maybe to sit tomorrow, but I don't think I got enough work in."

(On the standings) "Right now we can only take care of ourselves. For us we can't worry about six through eight and we can't look at two seed. We can't worry about looking to see what the Lakers are doing because even if they lose tonight [which they did] and they win out, they're still No. 2." 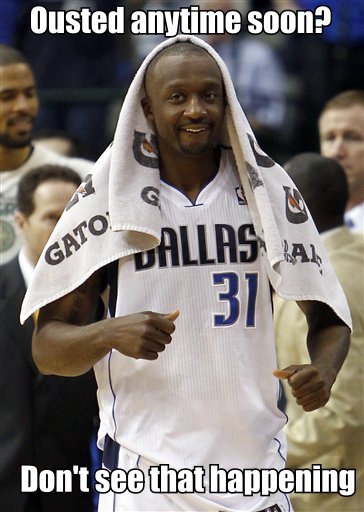 (On the Suns) "Well, we knew Phoenix can be a tough team to play, but it’s more important than who we are playing it’s more about how we are playing as a team and tonight you saw how good we can play when we play as a team. Running up and down and playing in the flow is a key for us and we really had a great rhythm to our game tonight and it made for a blowout.

(On the game) "We definitely were looking at some things that obviously in the playoffs we’re gonna have to do on both ends of the floor. And I think for the most part guys stayed focus, locked in, and they made a little run on us, but it was never threatening or anything like that. We got them out of there early and another tough one tomorrow."

(On tantrums) "Things happen in the heat of the battle. Things that happen off the court, you have to live with and deal with. I've been the emotional leader of this team since I became a Maverick. That's not going to change. We've just got to channel it in the right direction."

(On the Mavs) "We got over the four game losing streak, we’re past it and the playoffs are approaching fast so every moment is going to be intense especially out there on the floor. Last year we got put out in the first round, but this year we don’t see that happening and if we got out and play Mavericks basketball every second while we’re out there on the floor we’re looking at a long run."

(On tonight) "For us, it’s about rhythm, it’s about flow and how we move the ball offensively and how we fly around defensively. And tonight we showed a great example of it. Phoenix wasn’t playing for much, but it’s not about them, it’s about us and how we approach every game. And getting off to a start like that really gets you momentum."

(On his 1000th made Three as a Mav) "I’ve played with a lot of generous and courteous teammates that have shared the ball, and I’m very fortunate to be a Mav as long as I have. It’s huge, it’s a great accomplishment and I’m blessed."

(On what the Tie in the Loss-column with the Lakers means) "That we are contenders." 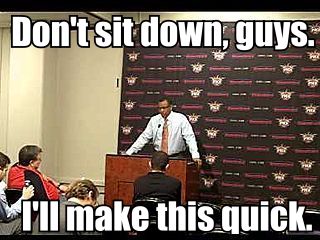 (On the slow start) "They made shots and we didn’t make shots. When you do that you’re going to get behind. We were on our heels right from the start. That’s what the game was. 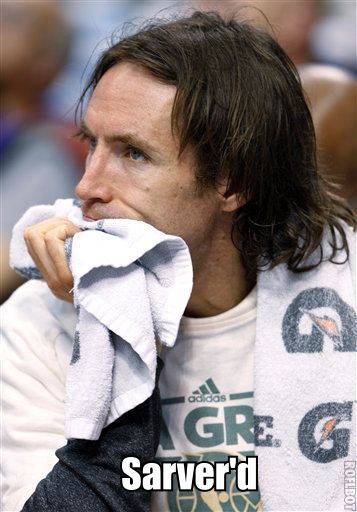 (On not being close to 100% physically) "No, I have a hamstring that I’m struggling with a little bit, among other things. So, I didn’t want to push it, especially when we weren’t in the game. So, it's tight, it's sore. But I still want to play these last two games. If I'm able, I'll be out there."

(On energy at the start of the game) "Yeah, it was not a very good performance by us from start to finish. We lacked energy, and passion, and got what we deserved."

(On in being hard not making the playoffs) "Yeah, of course; you’re not playing for anything, it’s difficult, but at the same time there’s no excuse. You’ve got to come out every night and play hard."

(On coming back to Dallas still being exciting) "Yeah, when it means something. We’ve been out of it [the playoffs] for a little while. I think a part of it is that when you’re out of it there’s a downfall; you’re in there shooting and you’re turned off mentally just a touch and you miss shots you normally make, and it’s hard. It’s hard when you’re not playing for anything to try and make it count. We haven’t done a good job of that and it’s up to us try to finish these last two games on a positive note."

Automatically Generated Transcript (may not be 100% accurate)

Yeah. It. Just what the doctor ordered and couldn't control.

Think about insecure business from jumping on. In just in the -- matter of time in the game only. Talk about wanting to gain that momentum as she gets inadequacies. I think so you wanna do don't wanna do everybody a rejuvenating -- ticket getting it was -- and go alive in the -- upon the rest and you really put his arm. I think no -- kids and now. -- few -- dangers these last run there by technicals really mentioned in this all the gossip plea agreement is enough but assured it. Thereby completely expecting. Only really got.

Because in the learning more and more about yourself. I'm with a different parts that are being incident in the lineup.

Thanks I'll think I think -- things that he likens to the -- and -- and shouldn't assume because of what it.

When you look at the way things are going to pan out her -- might hand down. Do you pay attention at all -- that mean to say depending on what happens tonight still is a possibility all the way down at the for the opponents to -- pay attention at all.

We use ago -- in Manhattan is just the way the terms on the west has always been a bust up the last. Lasted fifteen games last superior so light you know he's got Hussein you went out and see what happens.

The Doctor ordered what the Ball do?

Free throw percentage aside, Brendan Haywood had another great night. He collected 4 offensive rebounds, and was a constant threat to the Suns who decided to venture into the paint. [....] Negatives: The Mavs can't play the Suns in the playoffs.

The threatened Venturers then went on to score 62.2 Percent of their Team Points.

Bright Side of the Sun Fail to show up

The Mavericks had to make a decision: do they want to play with fire in the playoffs (tough first round, but easier second round), or take the less-stressful, long summer road (one easier round, followed by certain death against the Lakers)? We may never know, because the Phoenix Suns didn't give the Mavericks a chance to decide.

Valley of the Suns Losing Season

The Suns season ended exactly two weeks ago at home against Dallas. Or at least that’s when the team mailed in the rest of its schedule.

According to The Arizona Republic‘s Paul Coro, Suns coach Alvin Gentry answered just one postgame question, said thanks and left.

Apparently Gentry is as fed up with the season as his team is. Phoenix didn’t show up Sunday. The team looked disinterested on the court and no one played cohesively. There’s not exactly much motivation to play hard at this point, but getting embarrassed is about pride. Pride for the franchise, pride for the fans and pride for the players themselves.

The loss sealed Dallas’ first season sweep of the Suns since 1986-1987. But it’s been that kind of year in Phoenix. Not many highs and countless new lows.

Haywood bricked three of six (that would be 50%) from the line and consequently improved his FTshooting percentage for the season. Celebration for our third-best Center, Beaches! [nsfw]

JJ missed 1 of 3. No Starter beside Dirk even took a FT. Expect that to continue in the Postseason. 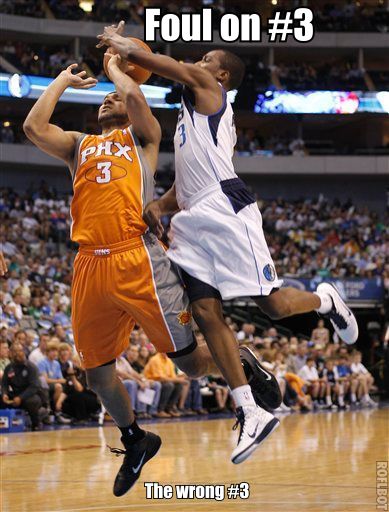 Disclaimer: If you couldn't tell by now, all italic sentences are made up thoughts, not actual quotes. Also, race for the fourth second third seed is almost over. We got it. Disregard what the Lakers and Thunder do.

The Mavs (beat/lost to) [the Phoenix Suns]¹ tonight (thanks to/despite) totol reliance on Dirk’s Awesomeness. The (cloud in the silver lining/major culprit) once more as usual was the (reliabilty on) lack of support from his team-mates, with the exception of Jason Kidd/Tyson Chandler². Especially useless was Jason Terry/Deshawn Stevenson/Peja Stojakovic/Rodrigue Beaubois/Brian Cardinal/Jason Kidd's fashion style/Brendan Haywood's Ftshooting³ and it is (GUESS WHAT) THEY’RE ALMOST NOT ALL USELESS!

³ Two at the minimum, up to all six seven of them. In a 25 Point win, how come you're the only dude with a negative Plusminus, Abe?