Share All sharing options for: Dallas Struggles As Shots Fail to Fall, Lose to Golden State

It was a rhythm so consistent that I expect one of the Mavericks could have rapped to it.

A late push by the Mavericks was not enough, as the Mavericks fell short after they closed the game to just a three point margin with a minute and a half left in the game.

No doubt this game was a culmination of a lot of bad things. Dirk was not himself, something that almost immediately makes it very difficult to win, and the combination of Kidd, Beaubois, Peja, and Stevenson gave the Mavericks just 11 points. When Dirk shoots in the low-30's, the Mavericks have to get production out of their group of guards, but tonight the backcourt (excluding JJ Barea) gave less than nothing. However, it still underlines major weaknesses which the Mavericks simply don't have time to address, namely the lack of a second scorer.

Around the league, many teams are using this final stretch of games to get answers about their team, but the Mavericks just keep piling on the questions.

Every Crime Has Its Culprit(s)

Even a Hurricane Has A Little Bit of Silver Lining

Let's go back to Rodrigue Beaubois for a second. An excuse I've heard repeated by several fans is that he is just not getting consistent minutes. A quick perusal of his game log shows a 29 minute game against San Antonio he missed seven shots, turned the ball over three times, and committed four fouls. Another game against the Lakers, where Beaubois got fourteen minutes and easily was the worst player on the floor. What about the more recent Laker game, where he played sixteen but was out of control for most of the game? Rhythm is important for continued success, but we saw Roddy come off the bench last year and immediately make an impact. Its simply up to Beaubois to prove he can play more than five minutes in a row and not hurt the team with dumb fouls or missed threes or careless turnovers.

Where Do They Go From Here? (And No, "Hotel" Is No The Right Answer, Smartass)

The Mavericks have now lost back to back games, after winning five in a row. They travel to Portland tonight to conclude their six game rodeo road trip, which they at best can go 4-2 on. Against Portland this year, the Mavericks have won two or three (including one win without Dirk) but lost the most recent outing 104-101. If the seeding stays the same, the Trail Blazers will be the Mavericks first round opponent, which makes this game an even bigger test. 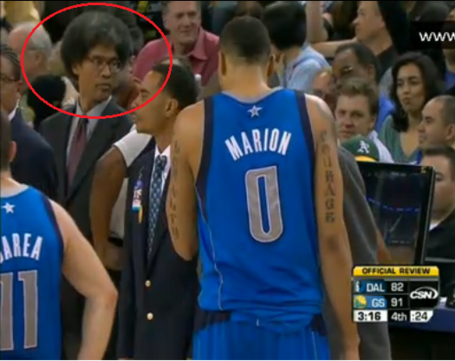