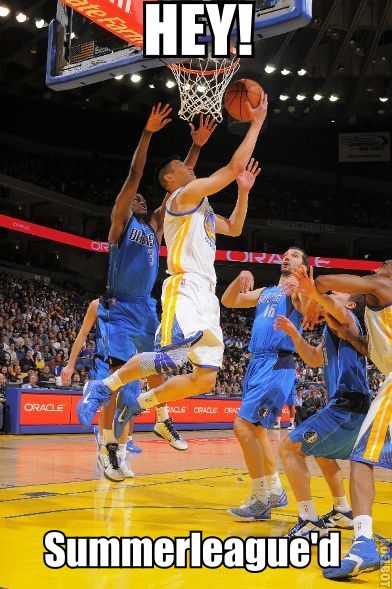 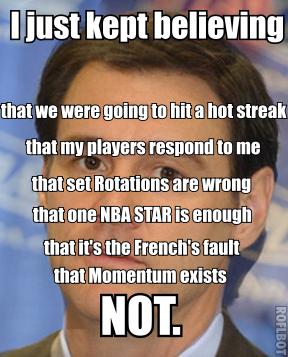 (First things first) "Our UNDOING was the beginning of the third quarter when we went 3-for-19. I just kept believing that we were going to hit a hot streak."

(On the Mavs) "Our offense was good, our shotmaking wasn’t there. It was a tough shot-making night. It was just one of those nights when we needed to make more shots.

(On taking Chandler out) "He would have finished the game, but he was laboring and appeared to be limping. I just decided to go with a healthier guy at that moment."

(On the starters lineup change) "You look at the whole picture. I thought Stevenson got off to a good start in the game. He had some good looks in the third, made a 3. I don’t think the loss had anything to do with the lineup, and Marion off the bench was really good the last time we were here."

(On Portland next) "We’ve been one of the better teams on back-to-backs, and I have confidence in these guys," Carlisle said while looking ahead to Sunday night. "It was a tough night, but we’ve got to shake it off."

(On Beaubois) "He’s at a point here where he’s struggling a bit, so when you’re struggling and you get pulled, you got to regroup and get ready for the next one. The games keep coming and that’s a good thing.’’ 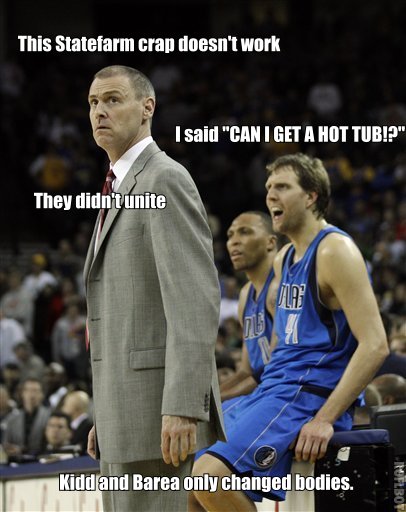 (On 5-25 from Three) "We’ve got to just keep stepping into those 3s if they’re there. If not, we’ve got to take it to the basket. On a night like tonight, if the shots aren’t going in we’ve got to find something else."

(On execution down the stretch) "I thought our defense was solid in the fourth. We just couldn’t make that one play on offense to get over the hump."

(On protection of seed) "Basically, looks like we've got the three seed locked up.".

(On Beaubois' Struggles) "It’s kind of hard sometimes. Everybody’s in his ear. If he shoots his first shot, somebody says to drive. If he drives and is in a crowd and turns it over, it’s ‘shoot the ball.’ So sometimes it’s hard as a young player. Everybody’s on you and riding you and you got to find your way through it and find ways to make the right decisions at the right time. He’ll be OK.’’ 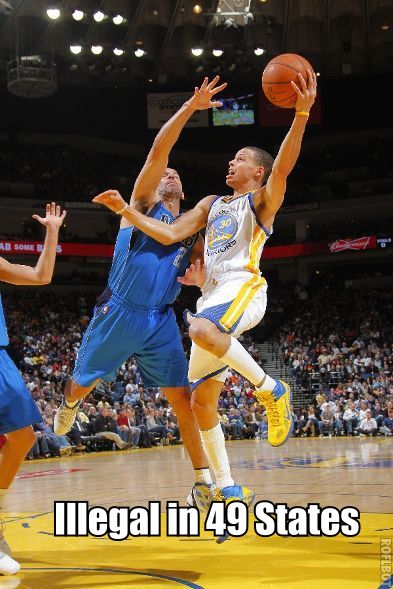 (On the Loss) "We didn’t make shots. We had great opportunities, great looks, but we just didn’t make them." 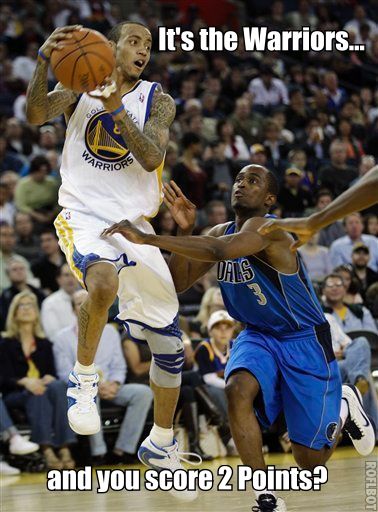 (On his play) "I’m not playing well right now, so I have to find a way to get back to the way I was. It’s nothing crazy. I just have to play better basketball.’’

(On his confidence) "It’s OK. I just need to keep pushing myself. Like I said, right now, I’m not playing good.’’ 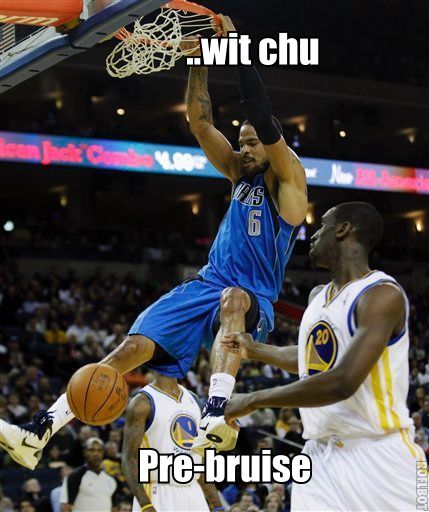 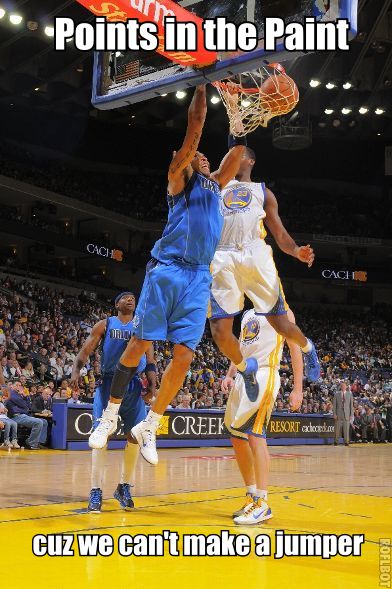 (On the game) "I think we just let a few little mishaps take us out of our game."

(On Portland Sunday) "This is a big game tomorrow against a team that we could play in the first round of the playoffs. And that’s what it boils down to." 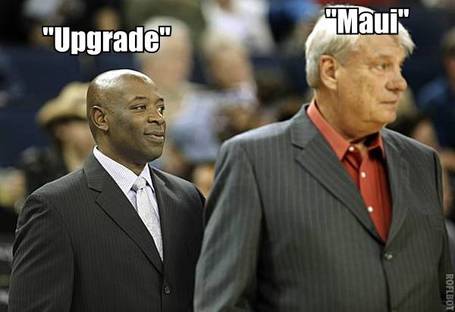 (On holding Dirk to 16 Points of 16 shots)"I thought David Lee was great being physical by not allowing Dirk Nowitzki to get to his spot where he can shoot from. The Three is not one of those spots."

(On Ellis starting despite ankle probs)"That guy knows his body more than anything. That's why I don't bother him. He'll let me know 'Hey, coach, I don't feel it' or he'll give me a look like 'I'm all right. I'm ready to go.' He knows what his body can and can't do. We needed that boost and probably couldn't have done it without him tonight."

(On Smart coaching) "My job is to challenge my team to play at a level higher than has been expected in the past."

(On Thornton) "I've always been a huge fan of Al's, because he's an energy guy. He plays the game all-out, and when you do that, good things are going to happen for you." 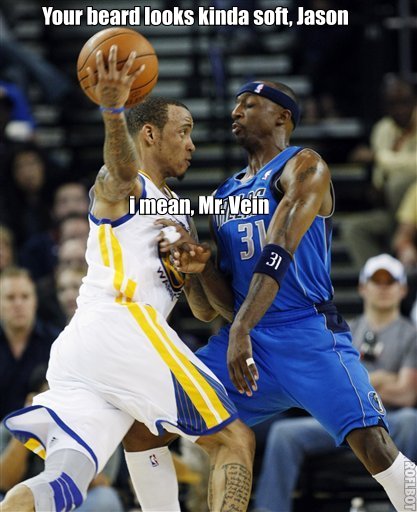 (On his ankle) "It's still a little sore. But I've got to do it. I just block it out and don't worry about it."

(On the win) "We just have to learn from these games. Watch a lot of film and see the good things we did and correct the bad things we did. Treat every game like it's our last five. We still have a job to do and that's to finish the season up strong." 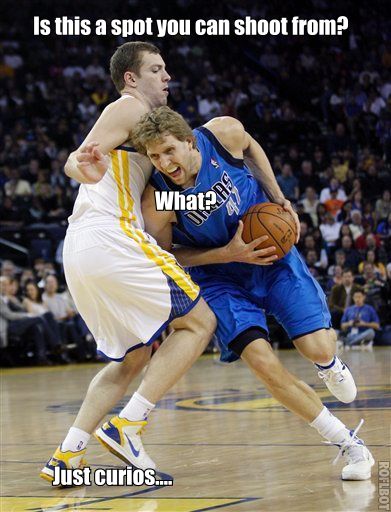 (On Ellis) "He's done a great job. We don't have issues on this team of guys being soft or not ready to play. We're maybe short-handed, but the guys we do have are laying it on the line."

Around the league, many teams are using this final stretch of games to get answers about their team, but the Mavericks just keep piling on the questions.

With a competitive game at hand, Ellis did what makes him so danged frustrating: take tough shots and make them.[...]

J.J. Barea: Boy, he’s a real pest. From the flop against Curry, to the scrappy offensive rebounds, Barea gave the Warriors fits all night long. He’s a smart basketball player who knows his strengths and limitations, something that can’t quite be said about any Warrior yet.

Haywood bricked everything he took from the line, which was zero, because he didn't play . Celebration for our third-best Center, Beaches! [nsfw]

Chandler shanked three of his five attempts, Dirk two of eight, Marion and Kidd each one of two. If you miss seven freethrows in a seven point loss.....

Disclaimer: If you couldn't tell by now, all italic sentences are made up thoughts, not actual quotes. Also, race for the fourth seed is difficult.

The Mavs (beat/lost to) [the Golden State Warriors]¹ tonight (thanks to/despite) totol reliance on Dirk’s Awesomeness. The (cloud in the silver lining/major culprit) once more as usual was the lack of support from his team-mates, with the exception of JJ Barea/Shawn Marion². Especially useless was Jason Terry's shooting in the middle quarters/Deshawn Stevenson/Peja Stojakovic/Rodrigue Beaubois/Tyson Chandler/Jason Kidd/Ian Mahinmi³ and it is (GUESS WHAT) THEY’RE ALMOST NOT ALL USELESS!