A Week's worth - unfinished

Share All sharing options for: A Week's worth - unfinished 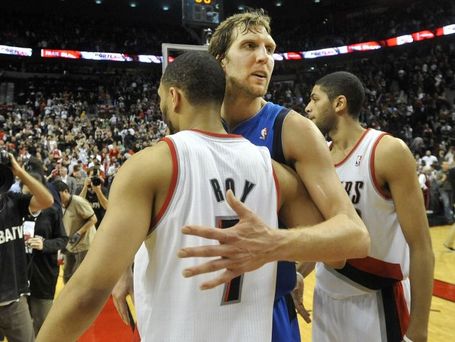 "Not a lot of people picked us to win this series, and not a lot of people are going to pick us to win the next series. We're just going to go out there and keep competing, play smart and play off each other the way we have all season and we'll see what happens."
Dirk Nowitzki, 28th April, 2011 in Portland, OR 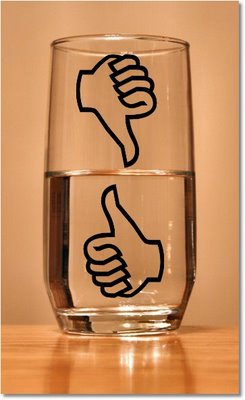 Dallas was the popular favorite to be upsetted in the 1st round. The Bloggers at ESPN LA weren't sure how Dallas would win one game in Round 2.¹

By the time the Mavericks play their next Game, most Observers (Media, Fans, Non-Fans) will already have blended out how the Mavs looked. Whoever comes out of the Memphis-OKC Series has been on TV last and is fresh in the Minds of the people. That Winner will look good and strong, but most importantly young. You may have read that the Lakers were too old, but these Mavericks are in fact way more ancient, almost a full year older than the Lakers, as shown here at Hoopism.com.

Similar to the Portland Series, counting out Dallas was and is always fashionable, because of Miami, their History of early Flameouts the last few years, and that alleged "soft-label". They would find a way to fold, rest assured . On Truehoop, Henry Abbott expanded on what Toughness (and vice versa, "Softness") is worth as objective Attribute, trying to sell the destruction of those Labels - noble attempt, yet bound to fail. Those clichés are too good a crutch for Human Minds to abandon them all of a sudden.

That question, asked directly after Game 4, would earn you a lot of nodding. But let some time pass and memories of the past will get their foot in the door again.The Narrative quickly shifts to:

The Mavs are only a little tougher because they added Tyson Chandler, who's tough. The Lakers were just softer, outside of Kobe, who gets a jaw-pass. Gasol was especially soft, y'all!

Nevermind that Chandler's most important impact was actually only getting the Mavericks talking on Defense. That's it.

There was no retaliation when(ever) Barea was gob-smacked. No Brawls, no intentional Fouls, not much "Standing Up".

Yeah, the Mavs have a strange view of Toughness, Tyson:

"Toughness doesn’t always mean throwing a punch back or something like that. It means getting up and going at them even tougher. You’re frustrated, and I think it was useful and it was the reason we won the game. Dirk got up and instead of getting into an altercation, he said, I’m going to punish you on the other end."

Here's what [Shawn Marion Voice] it boils down to: You win, you're tough. You lose, you're soft.

As David Thomas wrote Wednesday for the Star Telegram, the Mavs can always pull the No-Respect Card.

Normally when I see the "no respect" card in sports, I treat it like that junk promotional card that comes in the box of a new deck of cards and immediately throw it away.

Today, however, I'm hereby granting the Dallas Mavericks permission to play the "no respect" card as often as they wish.

They swept the two-time defending champion Los Angeles Lakers and almost all of the national media attention still is going to the Lakers.

Despite sweeping the Defending Champion, the Mavs may have a legitimate claim to be the Underdog in the WCF. Just ask Tony Allen.  And certainly, any ECF Champ is Favorite, too. The Best Defensive Club with the MVP and the Freakshow are set up to determine the Which. No way they will be regarded inferior to the Western Opponent, now that the Champion of last year has gone fishing. Especially not, should Dallas make it to the Finals.

The Dallas Underdogs are still just that TEAM that watched as the Lakers swept themselves. 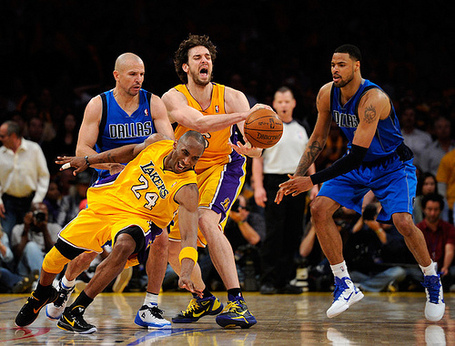 Certainly, the Lakeshow did dissappoint. They were not a worthy opponent. Despite being slightly superior talented, the Lakers were not half as much of a Basketball Team as Dallas. Simple(st) Case in Point: Dallas totaled 102 Assists on 148 FGM in 4 Games, the Lakers 74 on 140 Field Goals Made. In the last Game, the Mavs had more Assists (32) than the Lakers had Fieldgoals (31). The Mavs passing willingness almost shone to a fault, as they racked up 19 Turnovers, the most in such a clinic since Game 1 of the 1995 Knicks- Cleveland Series (also a sweep).

Kenny Smith said "Sometimes, Jumpshooting carries over from the Regular Season" on TNT after the Lakers lost by 36. Yes, Game 4's Three Point Production was certainly an outlier and aided by the Lakers breakdowns when faced with multiple split-second decisions to make because of Dirk Nowitzki's Presence, as Zach Lowe from Point-Forward notes. Still, the general premise of the Series held forth. Because of Dirk's attentiondrawing Tongue and being surrounded by (capable) shooters, open Jumpshots reigned galore.

And here's the thing about JUMPSHOOTING:

You'll always hear the 'experts' tell you that "You live by the jumper,  You'll die by the jumper" and that the Mavericks are 'a jumpshooting team', henceforth incapable of sustained offensive success in the Playoffs..

Both clichées are true to a degree, but it's not THAT easy.

The Dallas Mavericks lived by the fact that the Los Angeles Lakers could not make their Jumpshots. It allowed the Mavs to clog the Paint themselves and make Life hard for L.A.'s biggest strengths - their inside Presence of Bynum and Gasol. Medium hard for Bynum, very hard for Gasol.

The Los Angeles Lakers died by the fact that Dallas has the Antidote to their Defense: Dirk and good spot-up Shooters, Patience, and excellent Passing.

The Lakers Defense was based on keeping Bynum in the Paint on Pick'n'everything in order to cover the Middle, denying Paint Penetration and make the Opponent beat you with Jumpshots. And that's what happened, technically. The Lakers had the Upper Hand in Points in the Paint and Shots at the Rim throughout the Series. Despite being stopped from dominating, the Lakers Bigs, in fact, outproduced the Mavs Bigs. But you give the Mavs wide open Jumper after wide open Jumpers if you collapse the Paint everytime. You don't collapse, it opens up Lanes for their two-and-a-half Drivers. You don't rotate, you get 36.

And going the the second Point of being a jumpshooting Team, here's a Newsflash: Every single NBA-Team shoots significantly more Jumpshots than everything else. Even the Memphis Grizzlies, who most observers would consider a not-jumpshooting Team, certainly the least among the Playoff-Teams still standing, take 66% of their Shots as Jumpers. They are just not that good in making them.

Of course, it matters where and how open you get your jumpshots. Personally i feel like, if you take a Jumpshot, you might as well take a Three Pointer. The Reward is much greater.

Generally speaking, what kind of shot gives you the most Points and is therefore most desired? Well, on average, you get:

1.28 Points on all Shots at the Rim (Dunks+Layups, Tipins etc)

Which brings me to Dallas DEFENSE, which played strong, but not exceptionally so. If the Jumpers stop falling, Defense keeps you in the game. If yours is good enough.

Carlisle often talks about how  "The Mavs are a better team when we get stops and get out in Transition". Well, so do 29 other teams, too.

It's pretty easy to see why most good Defenses are built in principle to: Run back on Defense, not foul, not allow shots close to the Rim/in the Paint, not allow Threes and force two-pointers, preferably as far out as possible.

The need of being vocal, of communicating and guiding Players on Defense is, however, even more important. You can't defend a team successfully on your own in the NBA. You need to rely on Schemes, Help Defense and trusting your Teammates to rotate. Andrew Bynum's trust issues were very much based on the lack of doing just that, as Brendan Hayworker can assure you.

Outside of Kidd's hands, Barea's flopping penchant for catching push-offs, Brewer's 4-Minute-Chaostheory, Marion's savvy and Chandler's athleticism, Dallas is not blessed with good individual Defenders. They do rely on Help, sometimes Zone to prevent forays into the Paint. But they are well suited to beat  Post-Superstar Teams. The recipe is really not that complicated.

You don't doubleteam. Let their Star Player try to go for 50, but don't put yourself at a disadvantage without need. Stay home on the shooters, don't give 'em wide open looks, close the paint and have a plan to defend the Pick and Roll.

Unless you are just like the REST and don't have Dirk. 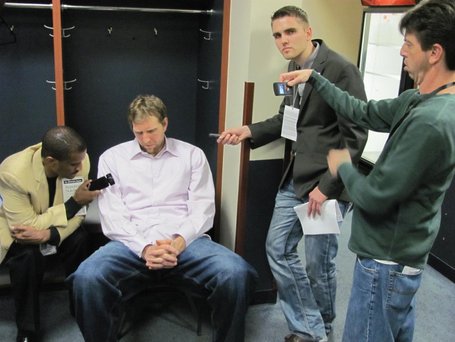 An overlooked fact is that the Lakers-Series went with only a single day of rest between Games, which cumulated to Sunday's Fourth Game in Seven Nights [FOGASENI]. You could see it in Dirk's face at the Postgame Podium or Kidd's boxscore lines in Game 3 and 4. They were pretty tired. Thankfully, Dallas had a Bench they could rely on. Los Angeles...not so much. With the requirement of playing Odom Starter Minutes and Barnes Injury recovery as well as Blake's [lingering] assisted laydown, the Lakers had virtually no Bench, tiring out their [mentally aswell] fatigued core.

Now that Dallas had almost a full week of Rest, not only will their Dino's perfomance have a higher chance of rising - think of Jason Kidd's shooting in the first round after resting a week prior to it compared to the 2nd round numbers - but also their profile of sinking. Perhaps that's a good thing.

After all, it seems that Dallas hasn't fared  too well when being a favorite in the last ten Years, but when declared Underdog, they've been pretty good. Matchups be damned.

Also, the common [opposition]feeling at the start of the Blazers/Laker-Series was that Dallas played their best. After each Game. Couldn't play any better. Peaked already. 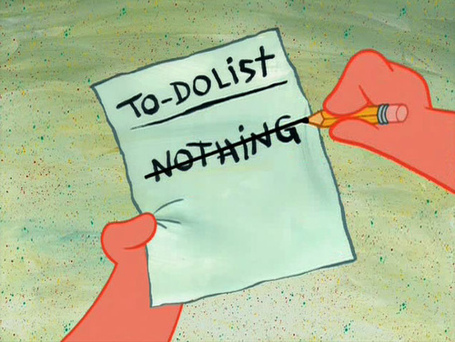 Hey, those are all nice Perceptions. But Reality has got only so much to do with it.