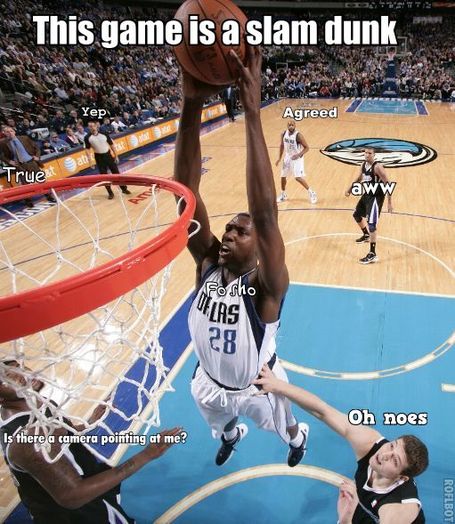 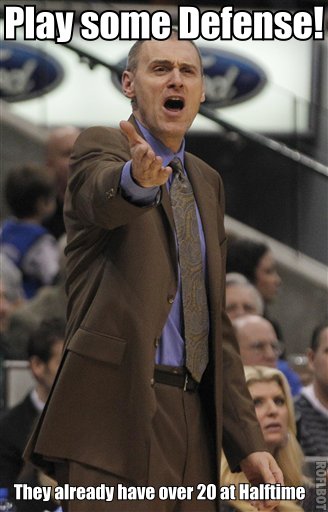 (On the D) "We’re doing better things defensively and we were good defensively in the first half. They had some struggles, their shot making wasn’t great, but I thought we had something to do with that.The three major points we’re stressing are energy, competiveness, defense and rebounding. So that’s four, but actually the first two are one. Work with me on that."

(On the Return of the Kidd) "He looked good to me. I thought he moved well and he had good balance. The two shots he took went in. His presence on the floor is irreplaceable."

(On the Mavs depth) "It's important. They've been playing a lot and they're going to continue playing a lot. Again, this season with a compressed schedule and the high frequency of games, depth and spirit and all of that kind of stuff is really key. We're on an uptick right now and we've got to keep it going because the schedule is getting tougher this week."

(On where Odom's gonna get minutes) "His minutes are now coming at three. There are just less minutes available."

(On Minutes distribution for everyone) "That’s one of the challenges for all of our guys. We’ve got to turn it into a positive. Nobody is playing long minutes. Everybody goes out there and plays hard to exhaustion and then we get somebody else in. It's a game against a team that we should beat. But we played to the level we needed to play at consistently through the game and that's important to do.''

(On streaking) "It’s good momentum, so we’ve got to keep it rolling here." 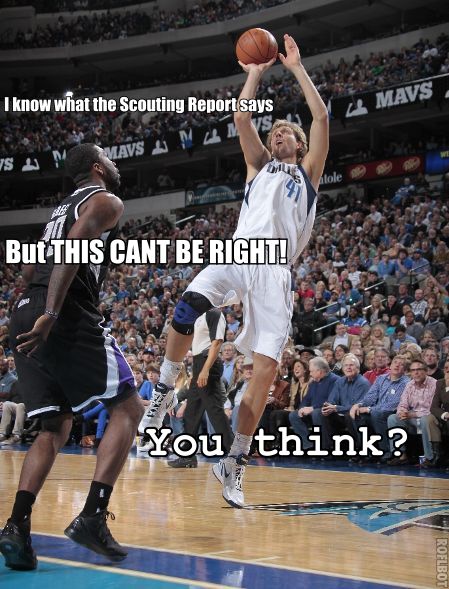 (On the FOGAFINI) "I thought our energy for the fourth game in five nights was great. Our defense was really solid from the beginning, really rotating for each other, trying to contest shots, really trying to battle out there and it really set a tone."

(On the Season's Improvement) "Defensively is where it’s at. Over the last couple of games, we really established that first. That’s where we were at our best last year, when we got stops and didn’t get stagnant offensively."

(On the Mavs' Play) "If we compete and play with energy on both ends of the floor, I like our chances against anybody."

(On the next Games) "We’re looking forward to a tough week."

(On the Lakers-Mavs Rivalry) "I don’t know about all that. But, we did play a great playoff series last year."

(On the crowd's reaction to Odom in LA) "I’m sure he’s going to get a standing ovation. He deserves it." 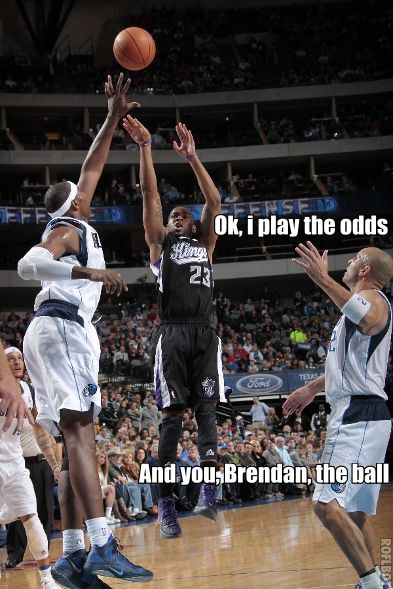 (On his Fastbreak Layup) " I showed off my speed on a steal. It felt good."

(On winning Games) "If we can continue to play defense like we did tonight then we’ve got a chance."

(On Kobe next) "He’s putting on a show right now. I only play Kobe for about a minute and a half, and it always ends up being at the end of the game. He's playing at a high level; the Lakers are playing well, so we're going to have our hands full."

(On not playing Friday) "They felt going back-to-back, there was no need to. Going tonight, there was a green light. I could have played as many minutes as Carlisle wanted, because I felt good." 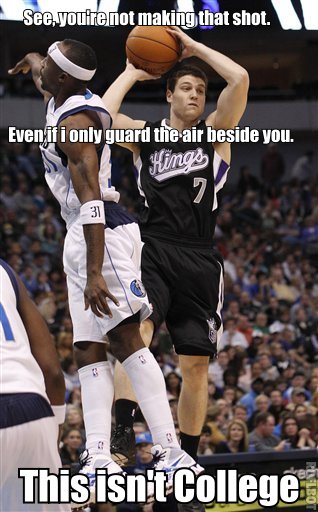 (On the Bench) "When you have three guys that could possibly be All-Stars coming off the bench, you should dominate. Our chemistry on the offensive end is not where we want it to be, but defensively if we just compete and put out that extra effort every night on the defensive end, we’re going to be in a lot of ball games and win our fair share."

(On the Mavs' Game) "It was a great performance again defensively. It's what we're hanging our hat on so far this season. It was our key to success last year and guys have bought into the system and it's paid off. It's all dictated on our defense. We want to play great defense and get stops."

(On his Game) "I'm trying to lead by example because we have a lot of young guys on the bench and I need to play at a high level so they can also come up and play at that level. It's all about being consistent every night and again doing your job. My job is to bring energy off the bench and put up a lot of shots, and hopefully they'll go in.''

(On Bigwood) "I can’t understate what Brendan Haywood is doing for us on the defensive end. That's why i'll overstate it. He’s talking and communicating. He’s being very active." 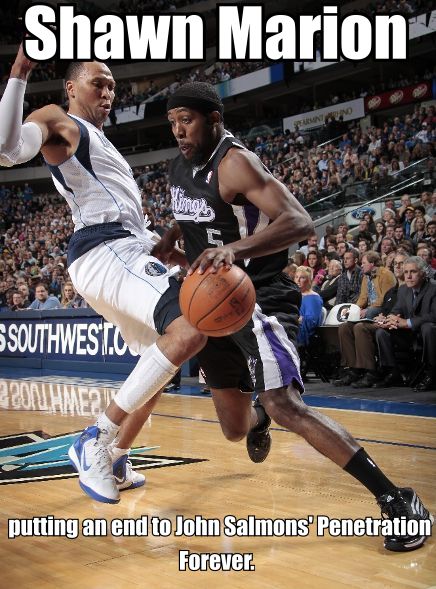 (On the Mavs) "We did a job out there of staying focused and taking them out of any and everything that they wanted to do. We've just been helping each other and just doing it at both ends of the floor, and that's a great sign right now. We're taking baby strides right now until we get to where we need to be."

(On Kidd) "Jason Kidd is such a technician. I've got so much respect for that guy. He's unbelievable on both ends of the floor.'' 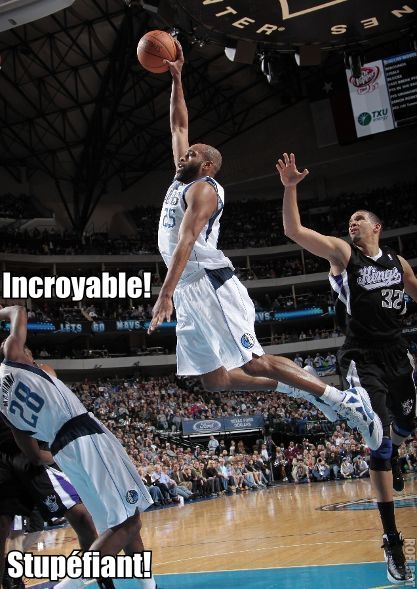 (On Signs) "We were engaged from the tip and that was just a good sign."

(On dunking) "I can’t explain it. I’m just putting my work in each and every day."

(On the Mavs outlook) "I feel we’re very capable of playing in the big games at the end of the year. Every game is a prep for that." 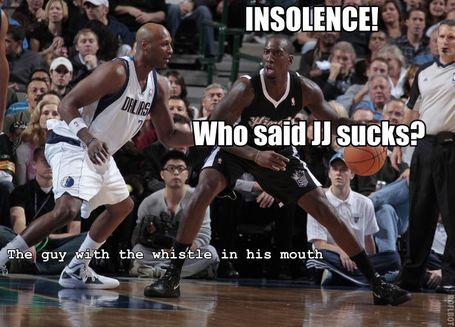 (On Shape) "My body feels like it’s starting to whip into shape. It makes the game more enjoyable when you've got your body under you and don't feel like vomitting every timeout."

(On his Game) "I can’t really hang my hat on 1 game. I’ve still got to build with this team. Just go out there and try to win it."

(On LA next) "It'll be the first time I go home to my house and have to play for another team. I mean, it is what it is. The only way I can truly help this team is to move on."

(On the possible crowd reactions) "Who knows, you never know. I won’t count my eggs before they hatch." 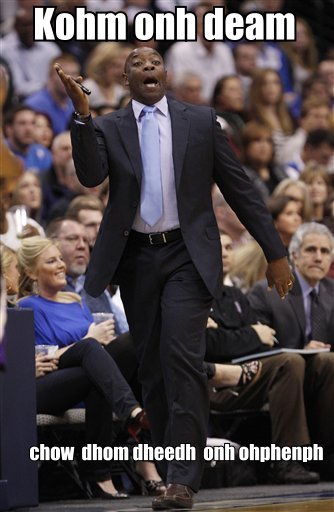 (On Blown out) "When you come into the league, what you want to do is make shots. When you're not making those, you get down. When you get a collection of players doing that, the team gets down."

(On Kings not ready) "We use the term traveling training camp, because that's pretty much what this is. The guys are still trying to get up to speed on what I want to do and how I want to play."

(On the Mavs) "We made the Mavs mad. But we didn't have it and they played at a very, very high level tonight."

(Only 10 Assists, pls move the ball) "We're getting very good looks. How can you say no one is passing the ball, no one is moving the ball? But we're getting very good looks, and if we keep doing that, we're going to get those looks. It's going to come together where guys start making those shots. And then we have the chance to be in games and win games." 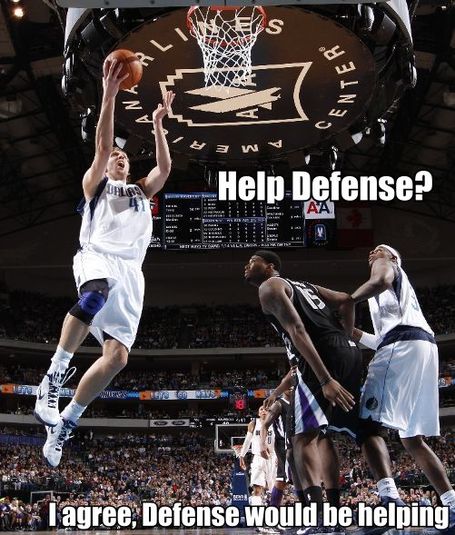 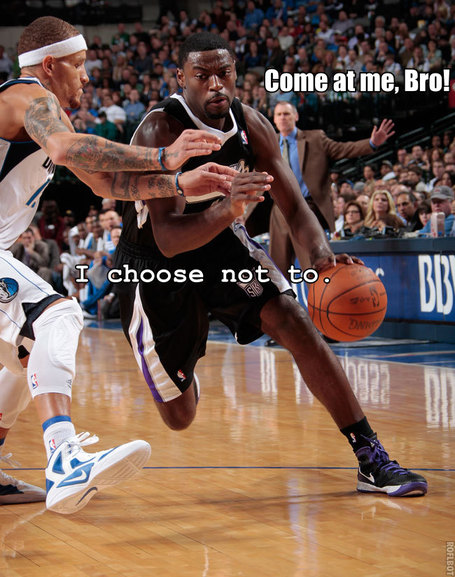 (On the Mavs) "They made shots, they played great defense, they did everything we didn't do. It's not that we can't do it. We just didn't choose to do it. We've got to do a better job against teams like Dallas." 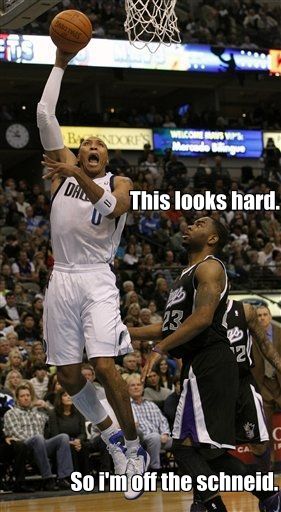 (On 25%FG) "That was terrible. I don't think an NBA team could shoot this bad ever again, including us."

(On what to change) "There's one thing we could do, stop them from scoring as easily. It's bad when you're not hitting shots, and it's very bad when you can't stop them."

In case you've missed the craze, like LJ missed saving a limping horse, the Yi Movement has begun. Yi only played 12 minutes, scored 5 points and had 7 rebounds. That's right folks, 7 rebounds in 12 minutes.

It’s hard to get assists when you can’t hit the broad side of a barn, but 10 assists on the night is atrocious. The Mavs, meanwhile, had 19.

The Sacramento Kings had basically the worst game ever on Saturday, losing 99-60 to the Dallas Mavericks. Other than that, it was great.

Sacramento Bee Much Ado about Cousin

Brandan successfully avoided getting to the line for the 2nd consecutive game. So far he is sporting an intriguing brickrate above 58%. Celebration for our third best Center, Beaches! [nsfw]

On the other Hand, Dirk was the only starter to even attempt a FT. 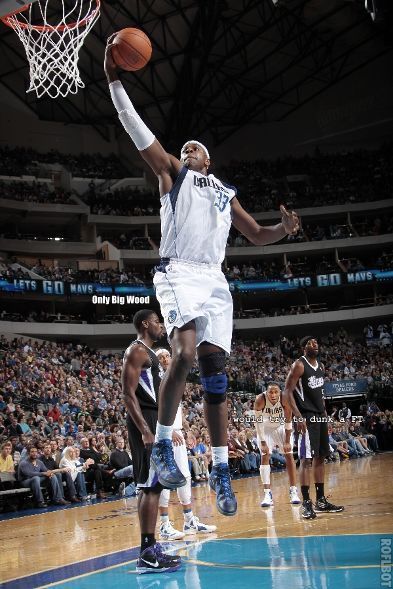