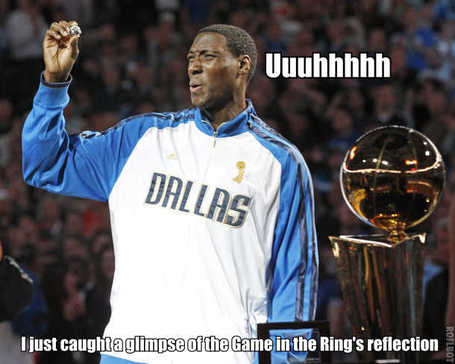 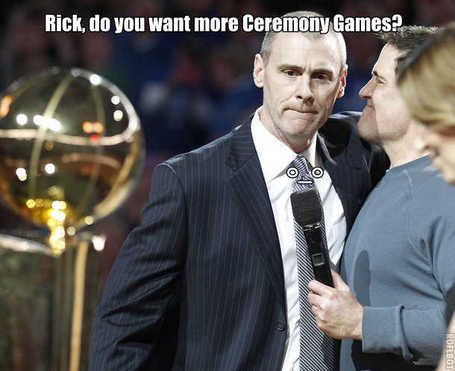 (On struggling in ceremony games) "Are there any more?"

(On the Line) "The bottom line was Minnesota was more aggressive. They had 33 free throws to our 10."

(On Odom) "We want him to be aggressive. We want him to attack. He’s got a unique skill of being able to put the ball on the floor and make plays. He just had some opportunities that didn’t go down.

(On when will Odom settle in with the Mavs) "This has been a challenge. We’ve been positive and upbeat about it and we’ll continue to be.

(On if he felt that Odom was engaged) "I think he’s married."

"My assumption is that he is engaged, that he does care. We don't make excuses around here, so I'm not going to get into all the stuff about the things that happened when he got here and that kind of stuff. That's in the past now and we've got to concentrate on now."

(On the Game) "I thought the game turned at the end of the first half when they went on an 8-0 run in less than a minute and a half. We just lost some concentration, gave up two threes and another basket on a rebound play where a 6-3 guy puts it in. And we’ve gotta come up with those. We didn’t deserve to win. And frankly, after that period at the end of the second quarter, we really didn’t compete."

(On the Mavs) "We've been winning the last couple games on teamwork, energy, guts and will, and we have skilled guys on the rest of our roster other than Dirk. We didn't do that tonight, We were inconsistent. We never got anything really consistent going after we got the 14-point lead. Give them credit for continuing to attack and be aggressive and stay with it. We failed to answer that run in the first half. It didn’t get better from there."

(On Wright') "It’s important that he’s on the floor with certain guys that give us spacing." 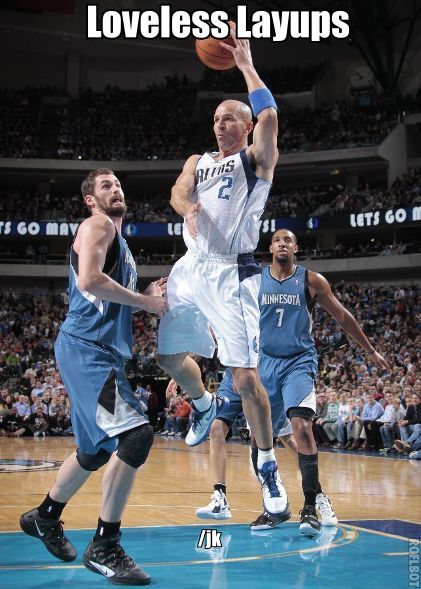 (On Rings, Loss) "I think we’re all happy that we don’t have anymore ceremonies for our championship. We can just concentrate on basketball."

(On Rubio) "He's steady. He controlled the game, not scoring but looking for his teammates.He's very creative. He knows who to find through their schemes and his future's very bright."

(On the Mav's Health) "The team is always going to be looked upon as a team. We’re not individuals in the sense of you’ve got to win and and lose as a team. We looked at it like that last year; we didn’t care who put the ball in the basket. Right now it’s just a matter of getting your body right and being ready once the real season starts." 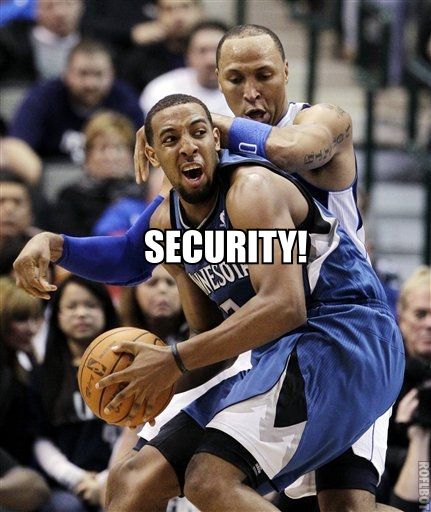 (On the Loss) "We've all got to sit and look at ourselves. We should be pissed off. We shouldn't have lost this game. This is a game we should have came out and won regardless of the ceremony tonight. Everything lacked on both sides of the floor. We can make all of the excuses we want, but we should have won this game."

(On Ring is the thing) "It’s a great thing to receive the ring. But tonight, we still needed to win this game."

(Did the Ceremony influence the game?) "It shouldn't have. We should've won that [expletive] game. That's the reality of it."

(On improving the Mavs) "That’s what we’re trying to do right now. We’re trying to focus on what’s at hand right now and the current season and focus on trying to take our baby steps to get to where we want to be. Tonight, we just took a step back."

(On Rubio) "Rubio was out there just picking us apart. He did a good job of it. He played the whole game, too."

(On the Mavs Approach) "We just got to take it one game at a time. That’s part of the NBA. Ain’t noithing going to be picture perfect. This is my 13th season, so I’ve seen the good, the bad and the ugly. At the same time, it’s about staying focused and we’ve just go to go, gradually help each other and stay on the same course. That’s all that matters."

(On Utah next) "We’ve all got to come in here and regroup tomorrow, know what’s at hand here and get this game on Friday." 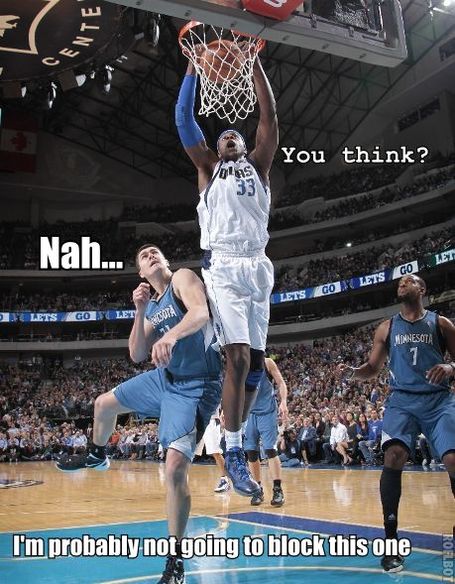 (On getting outrebounded) "It’s disappointing when you get outrebounded and you lose, ’cause you know some of those rebounds probably aided in the loss and kept you from winning the game."

(On Ricky Rubio) "He’s a good, young player. He’s only going to get better. He sees the floor extremely well." 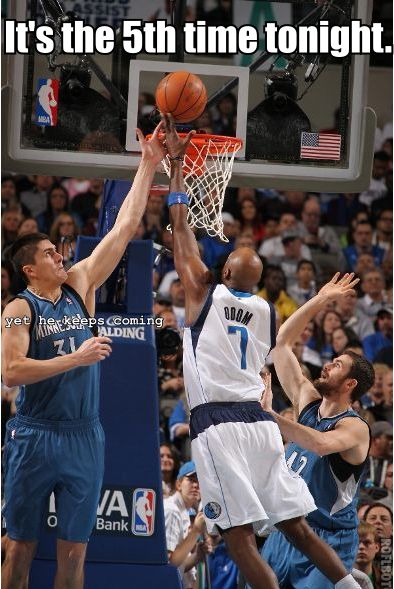 (On his Game) "For myself, I just missed shots I normally make. It’s kind of like an exclamation for the start of the season for me. I’m just not myself yet."

(On Shotselection) "I don’t even think I forced one. They were all good shots. All I can do is remain patient. An old friend of mine said 'it’s not what are you going to do, it’s what can you do?'"

(On what he needs for things to turn around for himself) "The ball going in."

(On his Health) "It’s getting a little bit better. It’s good enough to make open shots. When you’re off, you’re off." 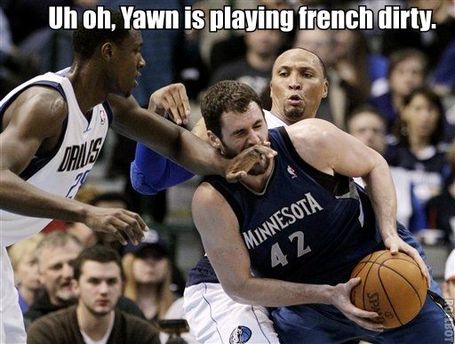 (On the run to end the half by Minnesota) "We put ourselves in a bad situation. That changed the momentum."

(On Rubio) "He's really clever with the ball. He knows how to find people. He's one of those guys that's a true point guard. Every time you do a little mistake, such players punish you. For sure." 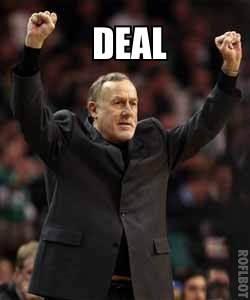 (On four 3 Years of Love) "I was hoping for 10 years...for me. I think he understands. You don't want to be someone who signs a contract and immediately starts complaining. He sees the opportunity. I'm hoping he relaxes a little bit and we can start making him a more complete player."

(On Injuries decimating the Roster) "Last game we were down to three guards, now we're down to two."

(On the 2nd Half) "Our guys really came out with attitude that we could win this game. The end of the first half was huge. We cut it to two and got back in the game, then had a great second half."

(On Wesley Johnson having to play in the 4th) "I didn't know how much he could give us and then I go with him down the stretch. Of course, he's in there getting oxygen now." 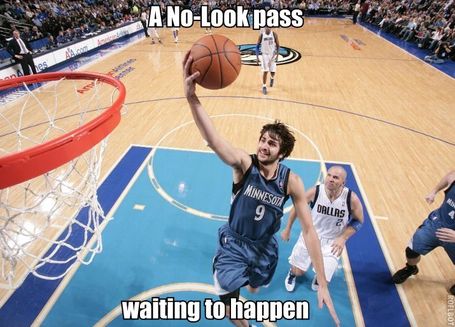 (On the Roster) "At the beginning of the game we were saying, 'Who is going to start?' and they said the guard starters are easy. We only have two."

(On the NBA Grind) "Oh, I miss practice. I never thought I was going to say that. But I miss it. You play a lot of games here. It is fun to play, I like it, but it is hard. I was tired, especially in the fourth quarter. Coach Adelman give me a minute rest. I said thank you."

(On Money for Love) "He's the key of this team. He's our leader. We appreciate what he does on the court. It's great for us." 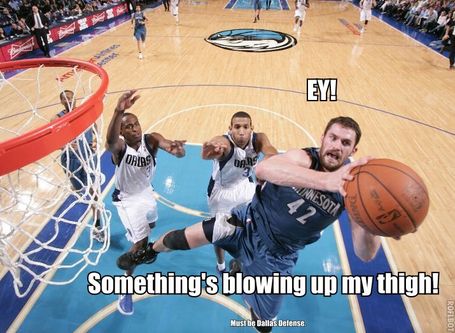 (On the Win) "It's a good day, putting aside everything that happened earlier in the day and focusing on the game and getting a big win. We made big stops down the stretch. You can see us growing as a team."

(On ruining ringnight) "We did. It was fun. We were lucky to catch them on a night where emotions were running high."

Listen, the Wolves are not a great team, but they’re a talented team, and Love is playing out of his mind. Because of their three point shooting, they can be particularly good at stepping on the jugular. Probably most people have forgotten that the last Wolves loss, the 99-82 game, was at one point 84-82. Then three balls like whoa. This is what happens, when you lose to the Wolves.

Love's pick on <insert name of small, pesky Dallas defender> that put him on the floor was huge. The guy had been pestering Rubio, and Love wanted Rubio to know that he had his back. Love had been trying to set up a hard screen for several possessions - and he got it!

If I was a Mavs fan, I wouldn't be worried though. The Mavs are clearly taking it easy, resting their older guys for a late run and heavy effort in the playoffs, and I expect them to make the Western Conference Finals. The quality of the people running the organisation, from Cuban on down, is the envy of nearly every franchise in the Association and it shows with the depth and quality all the way down to the end of the Mavs bench. That core of Dirk, Kidd, Matrix and Jet is great to build around - obviously the loss of Chandler hurt because that was the best five players any team could put out on the floor at once. Haywood doesn't quite fill the gap, but they have some very respectable big men role players in Mahinmi and Wright. Also Jianlian, but... eh. West was a good pick up for the Mavericks. Brian Cardinal might consider calling it quits this year. Beaubois would get a lot more burn nearly everywhere else in the league. He'd start for the Wolves, easy. Lamar Odom's performances this year are kinda sad. If you'd asked me 2 years ago to describe the archetype of a basketball player, I would have pointed at Odom and called it a day. Now... yeesh. Blocked five times by Darko Milicic in this game. That's gotta hurt. Bad. Still, if he picks up I'd back the Mavs against anyone in the west over seven games except perhaps Oklahoma. Time will tell.

A Wolf among Wolves Sifting

The 29-point turnaround in this game didn’t happen in the blink of an eye like we’re so accustomed to in this game of runs. It was a slow and painful death for the Mavs that would have sparked a standing ovation from that Jigsaw guy in the Saw movies. Yes, the Mavericks didn’t have Dirk but the Wolves didn’t have options in the backcourt. Ricky Rubio played over 46 minutes, resting only for the final 1:32 of the third quarter. He fought off impending exhaustion to overcome a bad shooting night and end up with 17 points, 12 assists, seven rebounds and four steals. He had seven turnovers, many of them coming late with some sloppy passing but the Wolves didn’t have another playmaker to help out. Wayne Ellington played 39 gutsy minutes as well, leaving the depth and rotations up to the interior positions on the Wolves.

The most succinct explanation possible for why the Mavs withered away on offense: they settled. Rarely is it so simple, but Minnesota applied defensive pressure, and Dallas recoiled. No rally. No response. There were simply too many pull-up threes and too many lazy sets. The Mavs tried to speed up their futile comeback attempt with quick jumpers early in the shot clock, but bricked pretty much every "momentum-changing" shot they attempted. I guess they did speed things up in a sense, merely not in the direction that they intended.

Brendan does not get to the line anymore. So far he is stuck at a brickrate of 53.8 %. Celebration for our third best Center, Beaches! [nsfw]

On the other Hand, Minny missed just one more FT than the Mavs, despite 23 more Attempts. RESPECT! 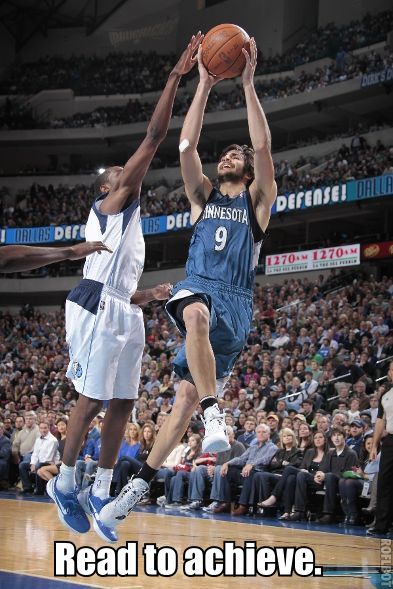 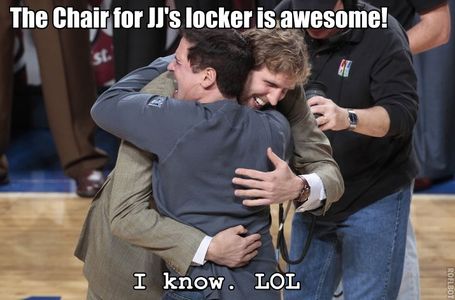 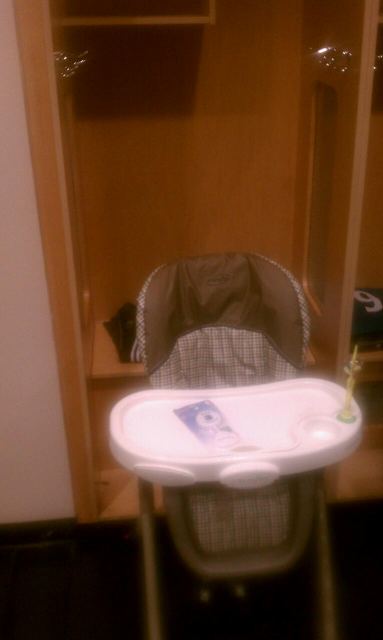