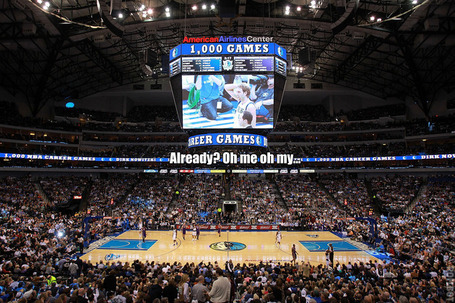 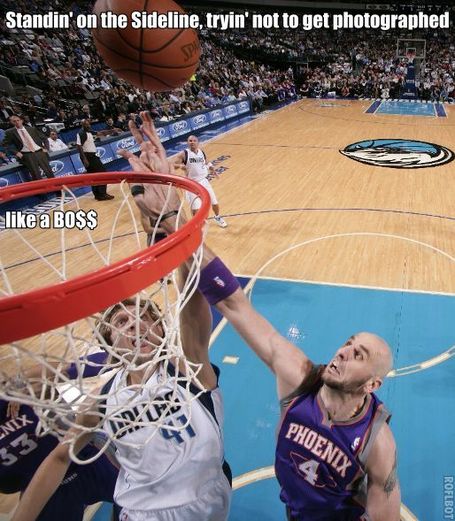 (On going big) "It was effective out there tonight. We’re always looking at the rotation and trying to get the right guys in together, shooters with drivers and all that kind of stuff. Again, it’s going to be every night, the formula is going to be a little different as far as the rotation. Tonight, Delonte West got early fouls and I put Roddy Beaubois in the game and gave him a chance to get involved. He hit a couple of good things, and there’s room for growth there, but the bottom line is, we need everybody."

(On Centers) "We’re a better defensive team when we have a 5 man on the floor, so we’re going to continue to try and do that as often as we can."

(On Odom) "He had good stats, but there are areas where he needs to improve. I’m not going to get over-excited about 15 points. He's feeling comfortable out there with the offense. For him, he's having to learn three, maybe four positions and you just have to take baby steps. I think he's comfortable now within the offense and running the show, and that makes us a tough team to guard. He just needs to work on a lot of little things. I love the attitude he has, and he’s a terrific guy."

(On the Offense) "We're not running anything, really. This team, they have the opportunity to play basketball. But the caveat is they got to run back and guard and rebound, otherwise, I'll call a play everytime down and we'll play the game in the 60s. But that's not how our guys are going to be. We're going to do the right things out there. And as ugly as some of our stretches get at times, we need to go through this to get a feel for each other. And so, that's what we're going to do.''

(On Carter's hustle making that three available) "It was an all-out effort play. He made two or three jumps to come up with the ball and then had the presence to know where the best shooter in the building is. And Jet just lined it up. It was a 3-point momentum play at the end of the quarter. It was a huge play. One of the things I really like about Vince is he's making a lot of those kind of plays. He's into it. And he's been an energy player for us and that's something that a lot of people wouldn't have expected.''

(On Dirk's 1000th Game) "It’s a tremendous achievement. And maybe moreso with him because of the durability he’s displayed over the years. He hasn’t missed a lot of games. For a guy who’s 7-1 and plays the style he does, there’s no one else who has been that durable. Karl Malone was, but he was more of an inside and bruising-type guy. Dirk gets beat up inside and outside. He’s had a remarkable career." 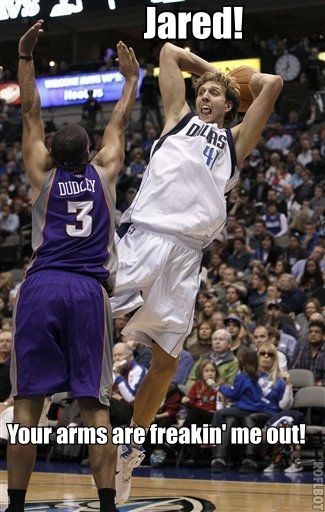 (On going big) "We found that the other day to be a lineup that could work. When I subbed in for Jason Kidd a couple times we went with a bigger lineup, even with Vince at the 2 and Lamar at the 3, that's a pretty big lineup. It's something that can work in the future; we just have to keep working and keep on playing together. It's an unselfish lineup. I think everybody can pass it and can score. It's looked decent the last couple of games, but it's definitely something we've got to build on."

(Really, another 1000? That means playing until you're....46) "A thousand might be stretching it, but I just have to wait and see how the body responds."

(On what to expect from San Antonio) "Their best shot, as always. We’ve got to be ready for a fight." 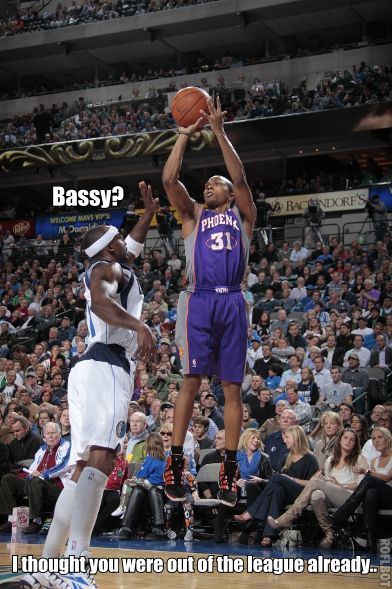 (On Dallas' team chemistry) "Well the chemistry is getting a little bit better on the defensive end of the floor which is the most important. We know offensively that we are still a ways away, but defensively we like where we’re at right now. We just need to continue to work."

(On the Mavs' ball movement) "Our ball movement was great. I started the season pretty slow for me, but I stayed with it and Dirk draws a lot of attention and he did a great job of finding guys tonight."

(On the Bench) "Well, the second unit’s goal is to come in and impact the game on both ends of the floor, and it’s not just good enough to go out and play. We want to dominate every time we step out on the floor. When you’ve got guys like Lamar Odom, Vince Carter and myself, these are All-Star potential guys, and anybody we face we should have the upper hand."

(On the Mavs different look) "The loss to Minnesota was our wake up call."

(On the Spurs next) "We’re digging ourselves out of a hole right now and this next game we already know what that means, it’s rivalry time. It’s a big brother versus little brother scenario, but now we have one ring to go up against their four. So, it’s going to be a fun ball game, and we always like going into another team’s home and doing some damage." 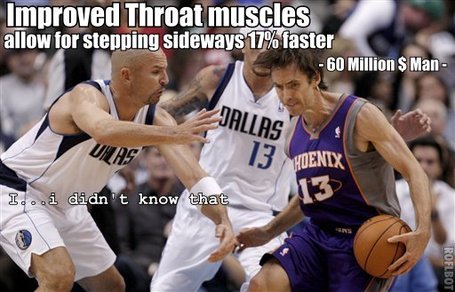 in case you didn't, either.

(On Dirk's 1000th game) "If Dirk hadn't have been messing around, he would have had a triple-double. [But really,] a kid coming from Germany and playing at the highest level, that’s a great accomplishment. He’s on his way to passing me. Hopefully he has a thousand more left in him."

(On the Bench) "We’re probably a lot deeper than we were last year."

(On the Spurs next) "San Antonio, every time we play them without someone we get cooked. We’ve got to bring our A-game." 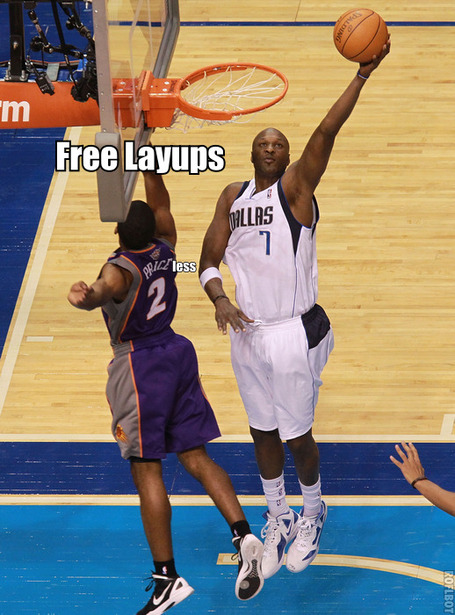 (On his Game) "Just getting a little big more comfortable. My body is under me a little bit more. I made some plays to stay in the game and I’m getting my second wind."

(On the Mavs) There’s so many players making basketball plays. It’s an honor to be on the court with these guys."

(On the Mavs Bench) "There’s not too many benches with two Sixth Man of the Year and a Hall of Famer."

(Ok, rank them right now) "I won’t, not until the season is over. That’s when rankings matter." 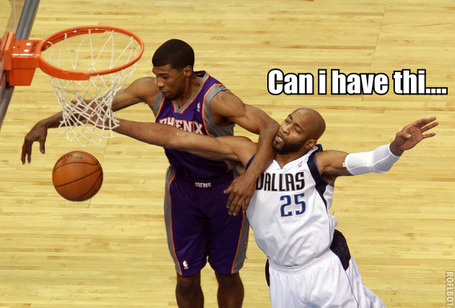 (On Depth) "Once everyone gets on the same page, we’re going to be tough to stop because it doesn’t matter who is scoring." 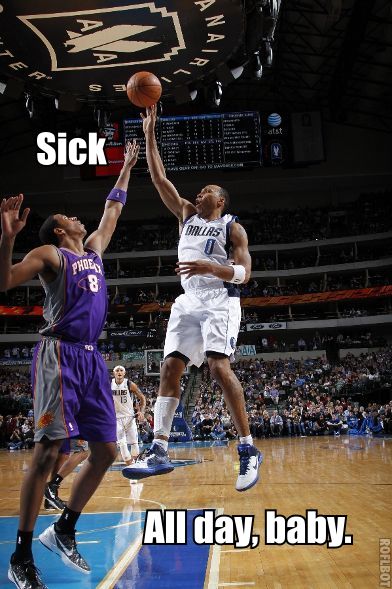 (On the Mavs' play) "These are steps in the right direction. Things are starting to click on both ends of the floor." 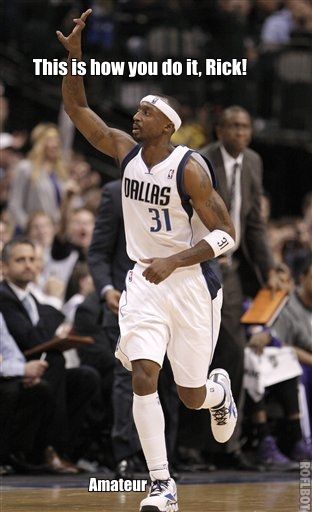 (On the loss) "Obviously I’m disappoint[, Son.]ed. I just thought that our defense was good, [but] we just did a terrible job on the boards. And it doesn’t matter how good your defense is; if you’re going to give up 20 offensive rebounds you’re probably going to get yourself in trouble. And the most disheartening thing probably is the fact that they got 20 offensive rebounds and they still shot 41%."

(On the play of the benches) "Obviously Lamar has been on championship teams and played off the bench, so we’re well aware of what he can do. I thought Mahinmi did a great job of giving them energy and keeping balls alive like that, so their bench played really well. As a matter of fact that’s where the separation came - with the second units. Obviously, their second unit did an outstanding job, and really that’s where the lead came and it was hard for us to overcome. Obviously, i don’t consider Jason Terry a bench player, really. So that’s a little bit distorted. But their other guys did a very good job. Jason is going to do what he does every night and he’s going to give them 15-20 points and that’s obviously who he is.’’ 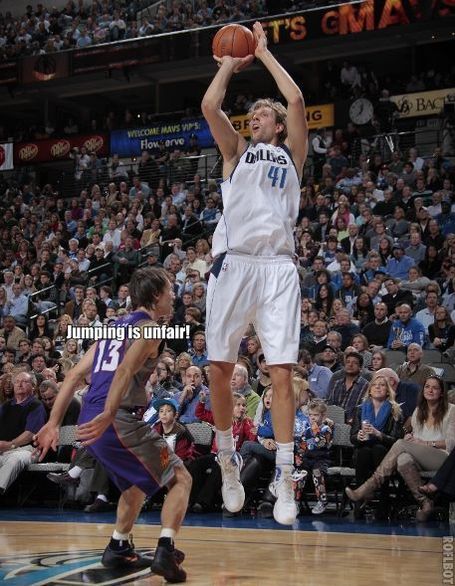 (On the Mavs surge in the 4th quarter) "I think we gave up tons of offensive rebounds. We held them to 41 percent shooting which is more than acceptable, but we missed a lot of shots. We’re ok offensively, but you can’t give up so many offensive rebounds like we did tonight. That gave them opportunities to hit open three’s, get to the line, and get separation."
(On playing from behind for most of the game) "Yeah, that’s not ideal especially on the road. I mean it’s more tiring to play from behind and that gives us a much smaller room of error." 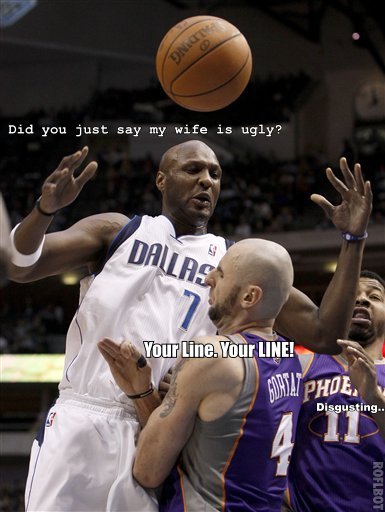 (On what changed the game) "We thought we were going to come back, but we started to make bad plays and we lost the ball a couple of times. That led to the Mavs hitting shots."

(On giving up rebounds) "We all have to box out including big guys and guards. I’ll take the blame for that because I need to do a better job as well. I’m going to make sure the next couple of games I rebound the ball better."

Playing their fifth game in seven nights, with a tough road game approaching tomorrow in San Antonio, the Maverick veterans would have been more than happy to get a few minutes off.

That wizard Steve Nash never makes it that easy.

His magic and a general lack of defensive effort by the Mavericks over the last six minutes marred what was actually a very impressive night defeating the now 2-4 Suns.

Bright Side of the Sun Recap

The Phoenix Suns fell to the Dallas Mavericks tonight, 98-89 , in a game that was won on the offensive glass. The Mavericks have not been a good rebounding team thus far in the season, but they played like one tonight as they out muscled and out hustled the Suns all game long.

Valley of the Suns.com Upstream

For one night, the Suns and Mavericks played a game of inches. It wasn’t that the Mavs dominated the Suns in any one aspect of the game, and the problem in an 98-89 loss for Phoenix wasn’t any single matchup or deficiency.

Instead, Dallas was simply better by a slight margin all-around. Instead of swimming upstream against a torrential, incessant current, Steve Nash and company were rowing in an injury-riddled canoe — but with an oar made of sugar. After all, there were quite a few sweet spots, even if the final tally was bitter.

This was another very typical, low-scoring performance for Jason Kidd (three points, three assists, five rebounds, four steals), in which he manages to control the game in other ways. Nowitzki and Vince Carter helped Kidd enough in the playmaking department to make him a luxury in that regard, but his help defense was phenomenal against the Suns’ fluid offense. The game plan was simple: 1) Move Kidd off of Steve Nash as much as possible, 2) Allow him to dominate the passing lanes with his good timing and better anticipation, 3) Profit.

Haywood bricked one of two from the line. So far he is sporting a still solid brickrate of 53,8%. Celebration for our third best Center, Beaches! [nsfw]

On the other Hand, Dirk missed one FT. What's wrong?.

Outrebounded? Nope, 53-42 and that was the Game

Shocker of the Night: Mavs 4, Suns 6 Points on the Fastbreak. Srsly?

Bonus (This pic is a surefire Bet for a Meme) 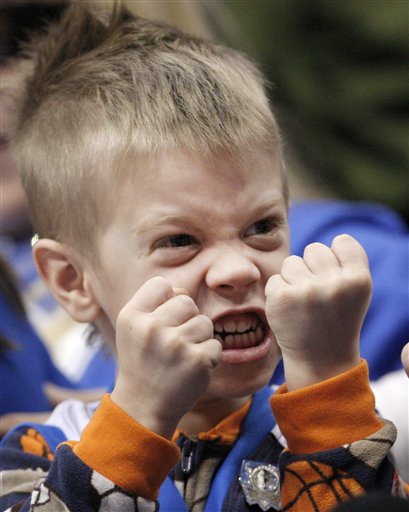 A young Dallas Mavericks fan reacts after "Mavs Man" startled him during a time-out in the second half of an NBA basketball game against the Phoenix Suns, Wednesday, Jan. 4, 2012, in Dallas. The Mavericks won 98-89. (AP Photo/Brandon Wade)