Dirk Nowitzki gets this NBA.com top honor for the night, finishing with 27 points on 9-of-19 Shooting, six rebounds and four assists in the 106-99 win over the Spurs.

Gregg Popovich after the Game: "Dirk gets a lot of points no matter who's guarding him. He's an MVP and Hall of Fame player."

Although the Music sounds more like a mildly entertaining 80's Heist flick, i'd say. 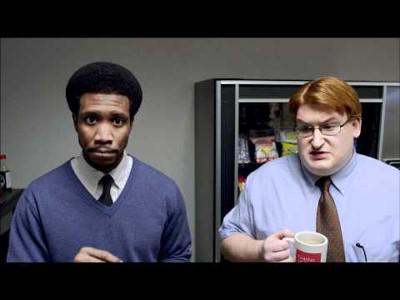 He's probably not comfortable with that anology.