After training camp practice, we got a one-on-one sitdown with Brandan Wright. Here is the full transcript of the interview.

Share All sharing options for: Mavs Moneyball Exclusive: An interview with Brandan Wright!

[Side note: this interview occurred a week and a half before Wright's recent shoulder injury. Also check out the long form article that Hal wrote about Wright inspired by this interview.]

Hal Brown: So, first, in the last couple years you've quietly been one of the league's most efficient players, putting up some great numbers, and [people are] talking about you a lot more. Is that something you think about a lot? Your efficiency and how people are thinking about you?

Brandan Wright: Well, I mean, I wanna go out there and play efficiently. It's as simple as that: you don't wanna make many mistakes and you want to help your team as best you can, and that's what I strive to do. I strive to do better and better each year, and the last two years have been on an upward trend.

HB: Sure. Well, precisely because you've been so efficient and so good about that, you've been getting a decent amount of buzz among Mavs fans and writers who are really excited to see what you've got. How do react to that buzz? Do you hear a lot about it, do you not hear much? Is it something that you think about or don't think about?

BW: Well you definitely hear about it, but I mean, I don't think about it. You can't let the media control how you play, or, you know, positive or negative, you've got to kinda block it out, just play your game on the court. When you let the media get into your head, that's when things start to go bad. You do hear things though, you know, bad things or good things, but I don't take it to heart too much.

HB: Whenever you hear or read something like that, do you ever think, "well, yeah, that's an interesting way to think about that," or do you just kinda put it out of your head? Or do you sometimes think, like, "wow, these guys are talking about me like I'm a video game character or something, they don't know me at all!"

BW: [Laughs] Man, it all comes with the territory. It's just a part of being a professional athlete. You know, it's their job to speak how they wanna speak about you, but like I said, you gotta block it out, you gotta accept the criticism sometimes, accept the praise, and just keep going.

HB: Do you ever feel like people should try to get to know you better?

BW: I just think it's tough, man. People wanna get to know athletes, but they only really get to see the guy on the court or the guy who does a locker room interview and that's it.

BW: [Fans and the media] just don't really know much about [a professional athlete's] life or anything, but that's why you try to do sitdowns like this, to try and get closer. 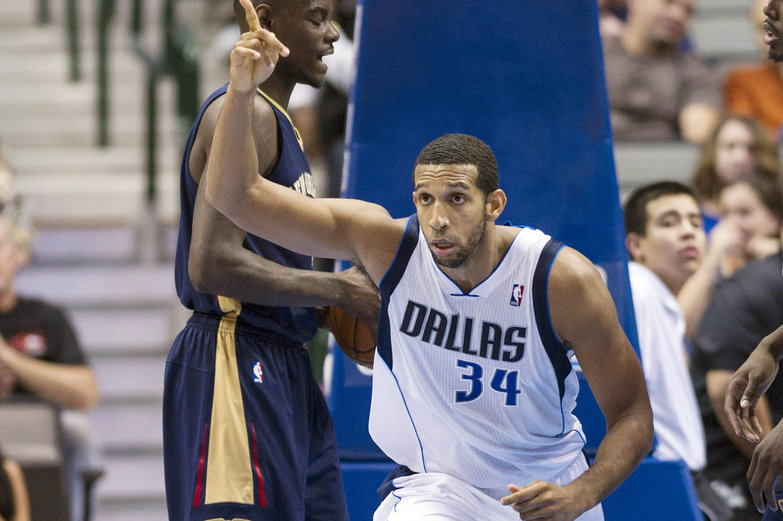 The article derived from the interview

HB: Sure. On a slightly different note, do you expect to be a starter next season? If so, what do you think you still have to do to really get there?

BW: Well, obviously, I have started games here in Dallas. Whatever position coach wants to put me in, I'll be ready for the opportunity. Sometimes injuries will force you to be in the starting position, sometimes your play will do that, but whatever [coach Carlisle] wants to do, I'm ready to do. He knows that I've accepted that role, and I'm ready to play no matter what.

HB: Last season, you put up really incredible numbers particularly when you shared the court with Dirk: the Mavs were the top scoring team in the NBA when you guys played together. Did it feel that good when you guys were together? Is it really exciting to play with Dirk, or did it feel like anything else, and you guys would just look up at the scoreboard and notice that you happened to score a lot?

BW: Ever since I got here, [Dirk and I] have had a good relationship on the court, and a pretty good relationship off the court also, which I really do think helps a lot. He's always a guy who's willing to teach, you know, he's one of the most humble superstars I've ever been around, and you know, we do play well off of each other. We all know he's an along-the-perimeter, 18ft-to-the-three-point-line guy, and I work the paint really well, so yeah, we work off of each other in great ways.

HB: Between both Calderon, who's a great passer and spot up shooter, and Dirk, who's one of the best all-time shooters and a great pick and roll partner, do you anticipate that you'll have a lot of time to work in the paint, a lot of space? Is that exciting for you?

BW: Yeah, but I don't envision anything changing. I think we got better, as far as guards go, I think we picked up some guys who've been around this league, have a lot of experience, so I think we'll be able to keep this thing rolling, and hopefully keep that duo at the top of the NBA.

HB: What have you been working on mostly this offseason?

BW: Just the fundamentals. Obviously, you've gotta stay in shape. I've been working to extend my range, continuing to work in the paint, just working within your body, just being a professional, man. I'm going into my seventh year, you know, I know what's gonna happen, I know how long the season is, just gotta be ready for what hits you in the face.