Vinsanity returns to the Mavs having been a nice surprise of a very effective Sixth Man this past season, and figures to continue that success.

One of the real treats to me as a newer NBA and Mavs fan has been not only watching Vince Carter play, but to have friends send me highlights of things he has done during his career just to show me how special of a player he can be. And hell, if Earl Sweatshirt is name dropping him, he's obviously still got it.

For all the ups-and-downs in his career, Carter seemed to have found a comfortable home in the sixth man role with the Mavs last season, stepping up in the absence of Jason Terry. And at age 36(!), it's really amazing to think that Carter was squarely in the Sixth Man of the Year conversation last year.

If you don't believe me, let's take a look at his shot charts: 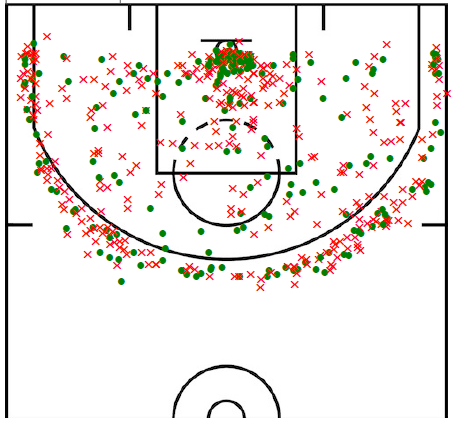 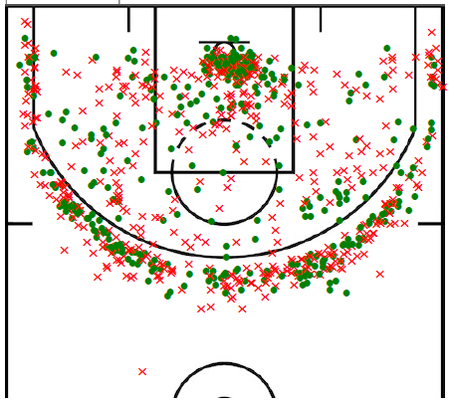 There were any number of games where Vince was very impressive last season, but probably no game was more impressive on a pure individual stats level than the February 13, 2013 game against the Kings, where Carter had 26 points and 6 made threes:

Carter's stats in a few areas were also some of the best of his CAREER last season. Let that sink in for a second. Career. He had a career-high true shooting percentage of 57.1% (next highest was 55.9% in 2006-07). His three point shooting percentage was on par with the best seasons of his career (40.6%). I could go on.

And, you know...I'll just leave this here, for fun:

But as for this season. Assuming Vince stays healthy, there's no reason to believe he can't replicate his success of last season. And to make a push for the playoffs, the Mavs will need him to continue that high level of play. The offseason additions of Monta Ellis and Wayne Ellington give the Mavs more options and more shooters than they had last season, which should take some pressure off Vince to play the hero.

He can be used in an even more select role, limiting his minutes as needed to keep him fresh and effective, and still being an option for that crazy last second "how the heck did he do that?!" three pointer. As such, he can play fewer minutes and stay fresh. This past season, Vince proved he can play play defense when needed, can rebound when needed, and can be an all-around role player.