Welcome to third edition of Monta Ellis vs. the Shot Chart. This is not designed to call Monta out nor justify his actions. This is only to prove or disprove a narrative that Monta has carried with him for much of his career. Can he change?

Share All sharing options for: Monta Ellis vs. the Shot Chart: Week 3

"That's a great example of a small sample size," they all said after two weeks.

More: A break-down of Monta's game-winning assist against Houston 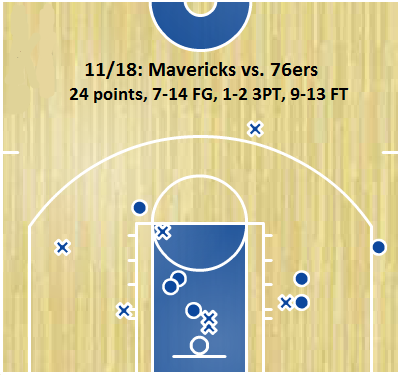 Through 15 games, Monta has taken somewhere between 14 to 19 shot attempts in every game (with one 24 FGA outlier), and he still hasn't dipped below 18 points in a game. A very balanced game here against the 76ers.

One play that has worked for him and the Mavericks is the handoff. It's been used sporadically throughout the season, but here's an example of it working to perfection:

The handoff is also an option off of a pick and roll, where Dirk acts like he's moving up to set a screen before stopping and handing off to a cutting Monta (there's an example in the Houston game coming up next, but it needs a gif to do it full justice, and I don't know how to make those. Sad trombone. I'll work on it for next time!). 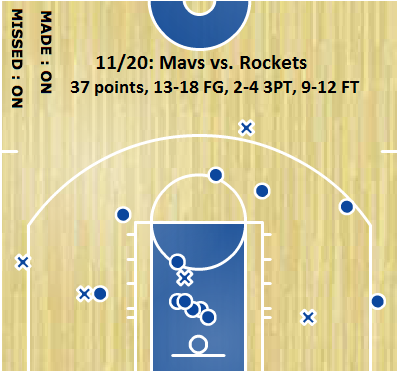 This is without a doubt Monta's biggest statement game. All those jump shots are in rhythm and Monta buries each one calm and cool. Despite Dwight Howard's presence in the post, he also picks his spots and finishes at the rim. 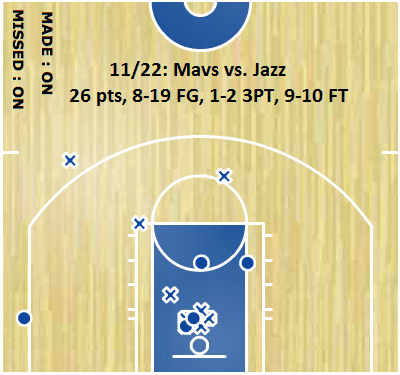 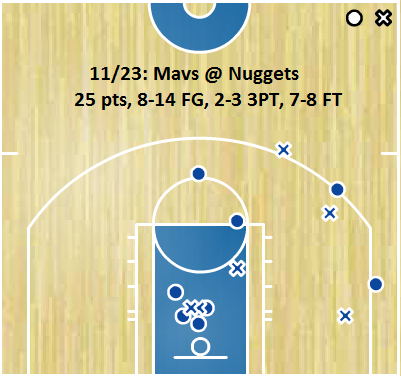 This was an all-around tough loss. 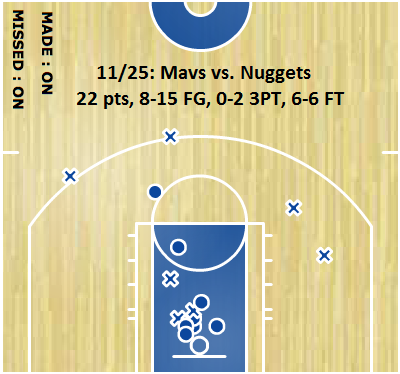 Aaaand...that's our week of Monta.

But let's check up on how's he's doing this season! 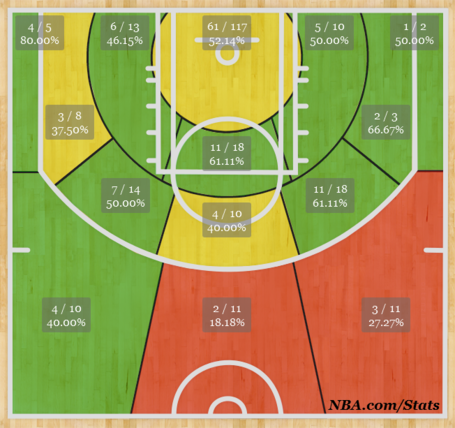 Raise your hand if this is what you expected coming into the season. No. Stop lying. Put that hand down, and take a ride of the Montaball roller coaster until next week.