Monta Ellis vs. the Shot Chart: Week One

Welcome to first edition of Monta Ellis vs. the Shot Chart. This is not designed to call Monta out nor justify his actions. This is only to prove or disprove a narrative that Monta has carried with him for much of his career. Can he change?

Share All sharing options for: Monta Ellis vs. the Shot Chart: Week One

We should start at the beginning. 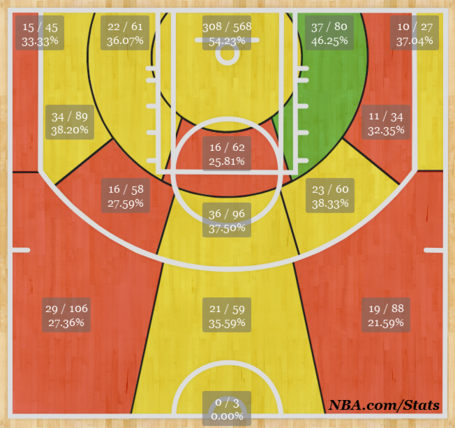 That is Monta's shot chart last season. Try not to stare at it too long before it consumes your soul. Maybe the disconnect here is the color schemes? Red and yellow looks like fire, but it does not mean you are "on fire", Monta. Sorry to disappoint you.

But there's no doubt there many circumstances that led to just 41.6% of his shots and 28.7% of his three pointers going in. Forced to be the number one option with no real offensive threats on the Milwaukee roster, Ellis took a lot of shots that Dallas doesn't need him to take. He had no Dirk Nowitzki drawing a constant double team, no Jose Calderon looking to get the ball to him in the right spot and no Rick Carlisle drawing up plays. A lot has changed from his time in Milwaukee.

That's where the narrative comes in. Is it the team situations that has forced Monta to provide for his team in any way he knows how, and can he change along with the team he's on? Or are those long, low-percentage jump shots programmed into his soul as an unwavering part of his game no matter who he's playing with and what situation he's in? 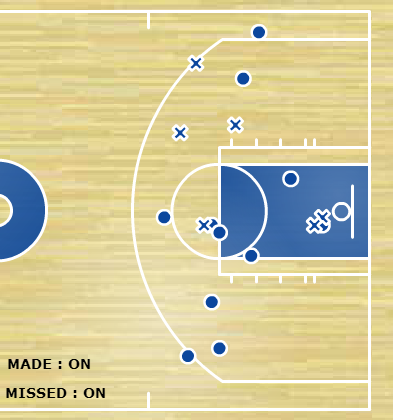 Eight made jump shots outside of the paint (I'm including those two right at the free throw line) is not going to be something that happens frequently. It was a great opening night, despite a couple of missed layups. 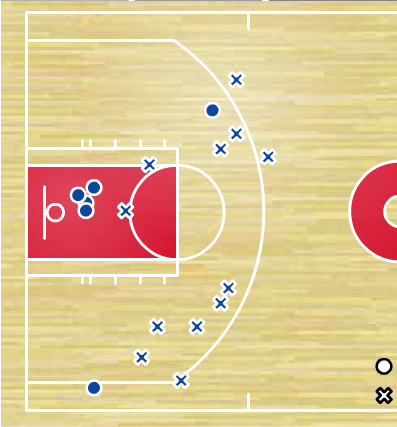 Monta had 12 shot attempts outside the paint, the same as the Atlanta game in many of the same places. The difference here, of course, is that those long-range jump shots didn't go in with -- just two perimeter makes. Five shots at the rim helped out his night (one of them is not visible, buried underneath).

Neither game demonstrates great shot selection from Monta, despite the Atlanta game being far more successful.

But for fun, let's focus on that three pointer in the left corner. Watch the video and you'll see he was wiiiide open. How'd that happen? 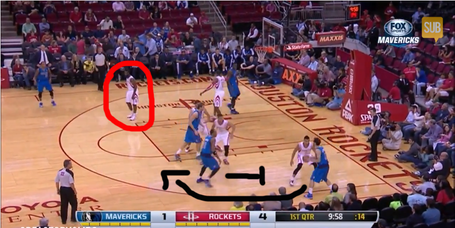 Monta is the left-most player and James Harden is defending him. The ball is with Jose Calderon in the right corner. Shawn Marion comes down to set the pick.

Jose has came around the pick and has a step on Jeremy Lin. Normally, Chandler Parsons (who is labeled 2 and is guarding Marion) would come up to help on that pick and roll, but he can't or Dirk Nowitzki will be in single coverage in the post (Dirk and Marion had drawn a switch earlier in this play, making it an even bigger mismatch). So the help defense is left to James Harden.

Now, Calderon isn't actually going to drive right to the hoop. Dwight Howard is still sitting there in position to defend the rim. But that doesn't matter, because that's not the play. While Harden is occupied, Monta slides from the left wing to the left corner. To make sure he can shake Harden, Samuel Dalembert moves up and sets a back pick.

Monta has the ball and is about to tie the game. Look how far away Harden is at this point -- he's got around the pick, but he's not even close to contest the shot. The only person who could have helped is Dwight Howard, but he's not going to leave the paint. Great play design to free up Monta early on.

The play described is the first one in the video below. 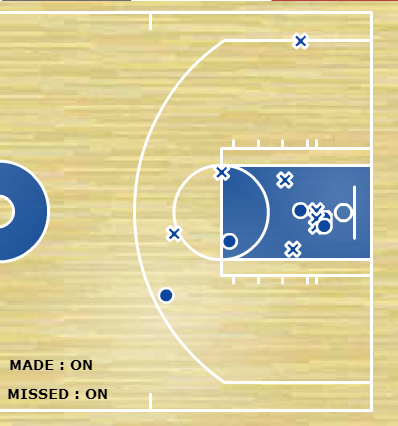 Getting back on track, here's the final game the Mavericks played last week. I watched this game and it seemed like Monta had a good game, despite the 5/14 shooting. Only three of his 14 shots were taken outside of the paint and many of the misses were uncharacteristic. 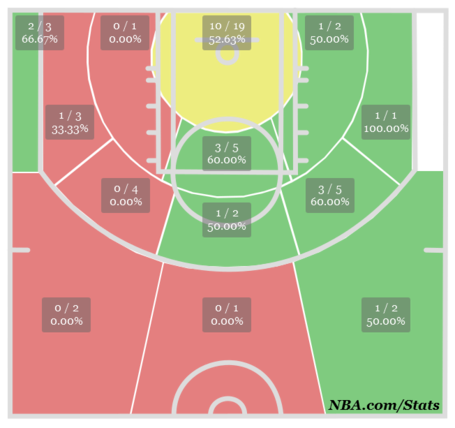 See y'all next week.