In this week's edition of Statsketball, I take an in-depth look at the different stats that compose a normal box score and how the Mavericks relate to each one.

Share All sharing options for: Statsketball: Breaking Down the Box Score Pt. 1

The normal basketball box score is the foundation by which we generally understand the game of basketball: the sport comes down to scoring -- both 2's and 3's -- grabbing rebounds, and getting steals, assists, and blocks. Those are the things that have to happen for the game to be played.

The analytics movement is built on trying to figure out -- as best as possible -- how those things happen. How players can score, how players get their rebounds, etc. We've learned a lot of things from it too: even though some guys can score a lot of points (Rudy Gay, JR Smith), they might be better served giving up some shot attempts to players with better shooting percentages, because those players will be more likely to score on any given shot than a gunner. We've learned that pace is an important part of point totals, and we now have scoring metrics that account for that pace to give a more effective crunching of how good an offense is.

What advanced metrics give us, as simply put as possible, are new ways of thinking about the box score stats that we've known and used for almost as long as the pro game has been played.

So, in honor of that box score and it's fundamental role in understanding the game, and the role that metrics can play in how we understand it, for this weeks' and next weeks' Statsketball, I'm going to break down each major box score category to see what we can learn about the Mavericks and how they fare in each category.

This week, I'll be covering "points" and "assists," which are the most well covered and complicated parts of the box score. Next week, I'll be doing Rebounds, Blocks, and Steals.

As it turns out, measuring how well a team scores points turns out to be one of the most complicated tasks of analysts, with measuring defense probably being the actual most complicated. So many things go into scoring: who's shooting? Where is the shot coming from? Is it assisted? Is it off of a rebound? Was a set run? Synergy and points per possession stats have gone a long way towards clarifying for us what an effective offense should look like, but it's still really hard to crunch in a compressed form. As a result I'm not going to spend to long on "buckets."

It's a little concerning that the Mavs have fallen out of the top 5 in offensive effectiveness (the same thing as points per 100 possessions, giving a normalized offensive rating that factors in the pace of the team), given that they rely entirely on being able to score to win, but on the bright side, they've also climbed out of the bottom ten on defense, now ranked 19th in points allowed per possession.

It is not, by any stretch of the imagination, a coincidence that the Mavericks shoot so well on PUJITS and also kill the league in the open court.  The only other team in the top 10 in transition opportunities that shoots 3's in those situations at a comparable rate is the Clippers, who only shoot about 35% on those shots.  The Spurs shoot 50% on transition 3's, where they shoot 3's in 30% of their transition opportunities (ARE YOU SERIOUS SAN ANTONIO?!), but they also turn the ball over in transition far more often than most teams.

It turns out that running the point in transition is one place where Jose Calderon is a godsend. He very rarely turns the ball over, leading the Dallas' paltry 10% Turnover percentage in transition, and he's a deadly three point shooter who buys everyone else space to spot up in transition. He's also smart enough to not force bad shots in transition. Watching him lead a break is glorious.

Also, some of this is probably a result of Dirk trailing threes, which are, incidentally, my favorite play in sports. All hail the Big German.

At first, I couldn't tell if being 9th in True Shooting Percentage was good or bad, but the more I think about it, the more I realize that I shouldn't be surprised one way or another. True Shooting Percentage is calculated by weighting the value of a 3 pointer and free throws into the FG% calculation to give an accurate single measure of how well a team shoots all shots. The result, though, is that the formula automatically favors all shots taken in Tom Ziller's "Green Triangle:" shots right at the rim, free throws, and 3-pointers. 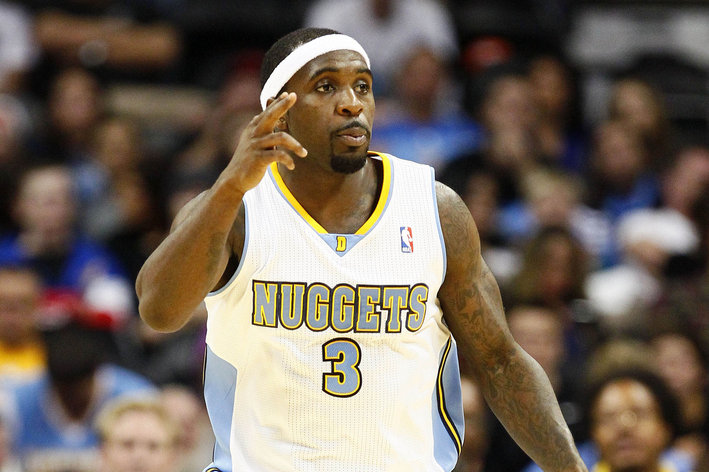 Teams like the Heat, Rockets, Suns, and Warriors are very, very good at limiting their attempts to these regions. The Mavs, on the other hand, always have been a mid-range dependent team, and they always will be, as long as Dirk Nowitzki remains on the team. Which is fine. 9th in TS% is fine, so long as they can keep up the offensive dominance, but it means that TS% may not always be perfect measure of why the team is flowing so well.

Rick Carlisle has built an unselfish team. I can't think of a single iteration of the Carlisle-run Mavericks that ever relied heavily on isolation plays. Part of it is that Dirk is the only player to really warrant much one-on-one time, and he always works from the post rather than on iso. Similarly, Dirk has fashioned himself into more of a spot up dynamo this year, which also renders the need to iso more or less irrelevant.

One of the more underrated parts about the teambuilding that was done this summer is that almost ever single player that was acquired is a dynamic passer, and thus, someone who was almost guaranteed to flourish under Carlisle. Almost no one sets up and runs plays with as many deceptive curls and tweaks as Carlisle does (again, never underestimate the Dirk Nowitzki effect; half of those plays wouldn't work without him), and any player who can execute those is highly valuable to Dallas.

Speaking of having players who can pass well...

How about that? Every Maverick is a good passer, except Dalembert. Larkin is actually a very good passer, and he's helped out a lot by Sports VU data, but I'll get to that. Dalembert, though, is quite an atrocious ball handler and doesn't have very good vision. 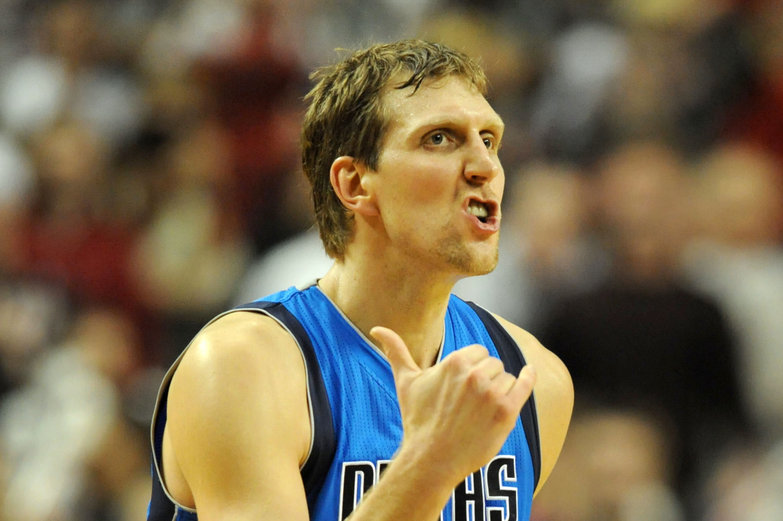 I think, at the moment, that Dalembert is being knocked a little too hard for his faults, and that he is the being faulted for some people's high expectations (did anyone really think he was going to be better than Brand was last year? I mean, he does have a TS% of 60%, and he has had a positive defensive impact this year), but, all that aside, he is a very bad passer. Right now, Dalembert has more turnovers on the season than assists. That's not good.

So, Larkin is a very good passer, but there are two important things to note about the way he passes: 1) he's still learning the game at the NBA level, so he's not taking anybody in the pick and roll and making pocket passes for immediate buckets. Instead, he's setting up the players and playing immediately within Carlisle's system. The result is that he's not necessarily racking up assist numbers, but he is keeping the offense plugging along at a high rate anyway, by setting up a player two or three passes back.

2) While he is doing all of that, he's also not missing chances. The 4th in assists opportunities per game indicates that he's hitting open players and cutters who are just missing their shots -- which makes sense. Coming off the bench, Larkin is mostly playing with Carter and Crowder, who are collectively shooting well below 40% from the field.

Which more or less leads me to my last point:

Remember to check back with me next week, as I break down how the Mavs have handled Rebounding, Blocking, and Stealing the ball!

Statsketball is a registered trademark and not to be used without express written permission.