In this week's edition of Statsketball, I take an in-depth look at the different stats that compose a normal box score and how the Mavericks relate to each one.

Share All sharing options for: Statsketball: Breaking Down the Box Score Part 2

In last week's Statsketball, I looked at 2 of the 5 major stats that compose the normal basketball box score: points and assists. The idea of this subseries, "Breaking Down the Box Score" is that I take Points, Assists, Rebounds, Steals, and Blocks and break down some of the advanced stats that tell us part of how the Mavs accumulate the box score stats that they do.

After all, the analytics movement is built on trying to figure out -- as best as possible -- how those things happen. How players can score, how players get their rebounds, etc. We've learned a lot of things from it too: even though some guys can score a lot of points (Rudy Gay, JR Smith), they might be better served giving up some shot attempts to players with better shooting percentages, because those players will be more likely to score on any given shot than a gunner. We've learned that pace is an important part of point totals, and we now have scoring metrics that account for that pace to give a more effective crunching of how good an offense is.

What advanced metrics give us, as simply put as possible, are new ways of thinking about the box score stats that we've known and used for almost as long as the pro game has been played. In honor of that, I'm continuing this series that breaks down the major box score categories into how the Mavericks execute within each category.

Since I covered points and assists in last weeks' column, I'll be covering Rebounds, Steals, and Blocks this week.

The Mavs' inability to grab available rebounds shouldn't be a surprise, but it is a really big issue. We knew before the season started that rebounding was going to be a big issue: DeJuan Blair is an incredible rebounder for his size (he rebounds the ball on roughly 18% of possessions, a rate that competes with Andrew Bynum in his best years), but he's also small, and can only pull rebounds over anyone who isn't another, taller elite rebounder. Though, luckily, elite rebounders are few and far between.

Otherwise, though, this team just doesn't have many people who can grab the ball. Dalembert was a very good rebounder in his prime, but he's pulling boards down at a below average rate this season (probably because he has no one to box out for him). For Blair, being a "good rebounder for his size" is great, but the Mavs need a lot better than that to make up for everyone else. 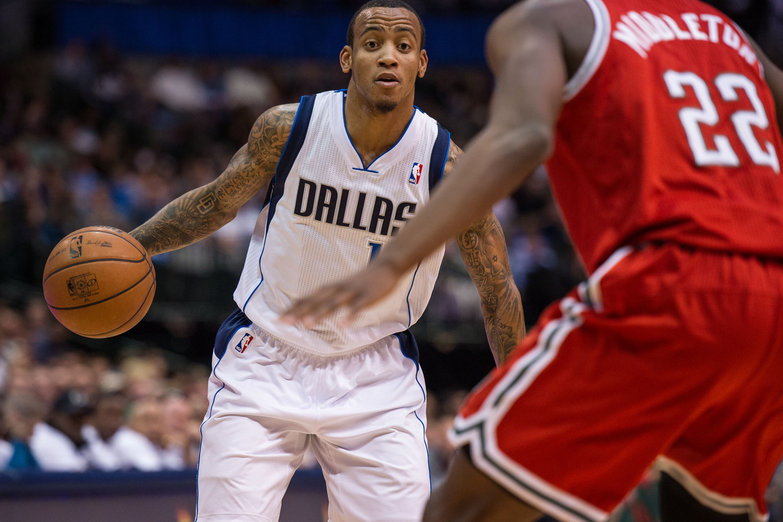 The First Edition of This Statsketball mini-series

Dirk is not a good rebounder, either -- and I'll get to that more later -- but that's a big part of the Mavs' rebounding issues. Dirk pairs best with smaller, more athletic Centers who excel in the pick and roll, but those Centers are also typically not great rebounders (see: Brandan Wright). In Dirk's prime, he was still better at grabbing boards than he has been in the last few years, and the result is that the Mavs of the last 3 years have been worse rebounding teams than any version of the Mavs in the franchise's history.

Part of that, also, is that these Mavs are trying harder than ever to leak out into transition, and that means forsaking rebounds a lot of the time. Especially, too, because Dirk has always been fairly slow to get into the halfcourt, and so having Dirk leak out a little bit has been really valuable to the offense this season. Unfortunately, that means that rebounds are harder to come by.

There's Marion, too, who's always been one of the best rebounding wings in the league, but the Mavs have to rely on him for far too much. The fact that Shawn Marion is leading the team in rebounds should be a red flag to the rest of the team immediately.

So, this is not ideal. According to Tom Ziller, Dirk is an all-time low-percentage rebounder. Maybe that's a pretty big part of why the Mavs are such a bad rebounding team right now. Also makes sense why the Knicks have been so bad, if they're relying on Andrea Bargnani to grab boards at a reasonable rate for them.

I think that this particular deficiency also stems from Dallas' desire to ratchet up the pace. In attempt to cut down on transition opportunities for the other team, which tend to be disastrous for Dallas' defense, Carlisle is having guards leave the halfcourt to keep up with other teams' players who may be leaking out, and to force the other team into halfcourt sets. The result, though, has been that if any Mavs player secures an offensive rebound (basically only Marion, Blair, or Dalembert, so far), there isn't a guard to kick it back out to.

One of the absolute most effective shots in basketball is the kick-out three-pointer after an offensive rebound, and the Mavs have taken only 3 of those in this entire season -- an unbelievably low number. Not to mention, DeJuan Blair is wonderful at hauling down offensive boards, but not so great at scoring after getting the ball, due to his size.

The result is that the Mavs generally have trouble even once they've managed to pull down the rare offensive rebound.

To be perfectly honest, I'm not entirely sure what to make of this stat. But it's interesting. I think. Put another way, almost 1 in 5 attempts around the basket are the result of an offensive rebound. That seems high.

Perhaps I'm being repetitive, but to summarize: most Mavericks are not particularly good at getting the ball when they have the chance. This is, probably, also part of why the Mavs are at the bottom in the league at rebounding. But, there you are.

It's a fairly well known fact among a lot of analysts that steals aren't actually a good measure of effective individual defense. In fact, the two are often (though certainly not always) inversely correlated: players who steal a lot also tend to gamble a lot on passes, meaning that they often abandon their system and defensive assignment attempting a steal. When these gambles fail, the defense is left in shambles. Players who are particularly gamble prone tend to, therefore, be really bad for a defense. A player with a big steal average, then, is often gamble prone, and often bad for a defense (Chris Paul, Dwayne Wade, and Ricky Rubio are some of the really obvious exceptions). 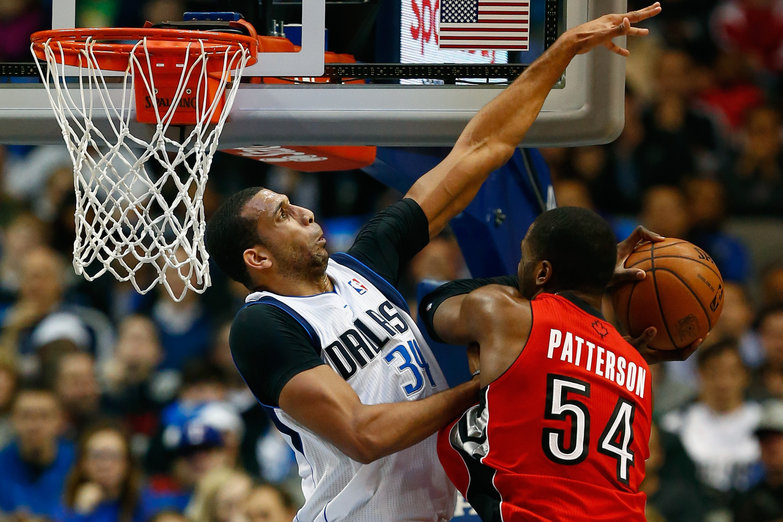 In which I broke down how Dallas has been defending

Monta's a good example of this. He's always been really good at steals but also a notoriously bad defender. There are some things I'd like to point out here, though: first, his 108 DRtg on Basketball Reference is bad, but certainly not anywhere as atrocious as it could be, and that's a good sign. Second, in this case, I'm totally fine with Monta being gamble prone.

After all, the defense is quite bad anyway. We've talked about it, we've watched it, we've experienced it. This teams' redemption is its offense. Steals create offense, and there's an impressively strong correlation between steals and points scored off of steals. Gambling for steals is essentially giving up defense for the sake of creating offense, and that's basically this team's philosophy. Go for it.

The other really cool thing worth noting: among the hardest of core stats guys, there's an impressive correlation between steals and individual value in measures like win shares. So, in that sense, Monta's steal numbers could be an off-the-wall indicator of his value to this team:

Maybe Ricky Rubio is a liability, but steals are the most stunningly reliable single indicator of player value, and he cleans up in those.

Some of this is pace related: they have a lot of possessions so they get more steals. That said, it's still impressive, and indicative of their "create more offense at all costs" attitude. Good for them. I'm 100% in support of this approach, even if it's probably fundamentally unsound.

So I guess there is something that Dirk doesn't do! Weird!

This, also, should not be a surprise. The Mavs both have no shot blockers to speak of (though Brandan Wright is making a strong case for that distinction fairly quickly), and they don't allow too many attempts in the restricted area. Between not having any shots to block, and not having anyone to block them, it shouldn't be a surprise that they're so low on the shot blocking list. Frankly, I don't think there's too much to say about this, beyond that.

I don't have any particularly good Random Notes this week for you (sorry), but do be sure to check back next week, as I put together a primer of all the basic advanced stat measurements that you're likely to see here and elsewhere!