Monta has it all, although I wish he only had "some" when it comes to 16-23 foot jumpers.

Share All sharing options for: Monta Ellis vs. the Shot Chart, games 22-29:

I started this series to see whether Monta Ellis, hampered with "chucker" allegations and article titles that declare "he's probably shooting right now," was just not a mentally smart player, or whether his previous environments dictated his results.

Well, he's averaging 20.7 points a game on 46% shooting from the field and 35% from the arc. He's consistently been the number one option -- he may be averaging less points than Dirk, but there's no doubt Monta is in charge of initiating more offense for Dallas as a whole when you factor his playmaking into the picture. He's been wonderful.

But he's shooting 37% on 16-24 foot jumpers and I think shot selection is always going to be a battle for Monta, so while we agree Dallas is the perfect fit for him, Monta vs. TSC can still keep him honest -- or, at least, keep our perception of him honest. 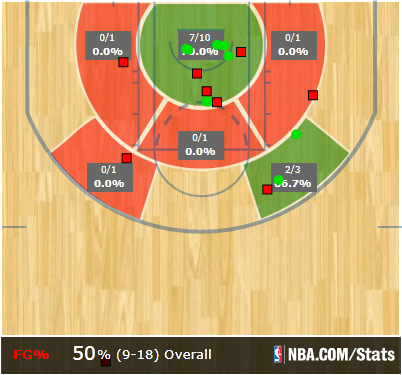 I made the move to the NBA Media site's box scores, where we see the blowout to Sacramento. The Kings controlled virtually that entire game, but it's good to see a balanced game from Ellis. 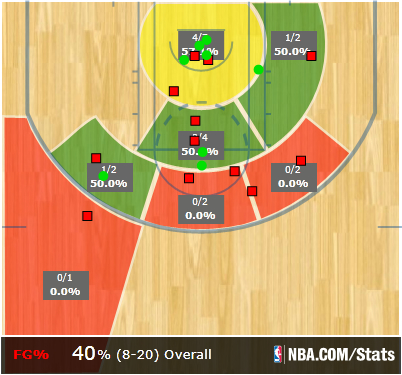 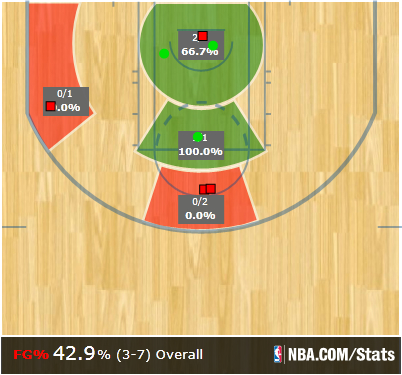 A weird game that Monta never got going in because he never needed to. The Mavericks rolled, even sans Dirk. 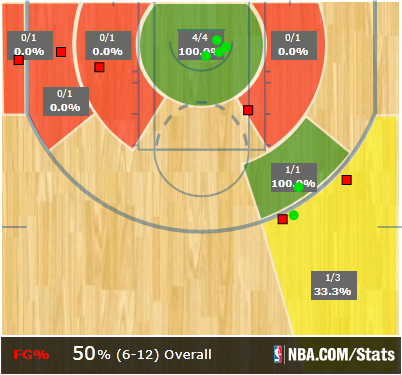 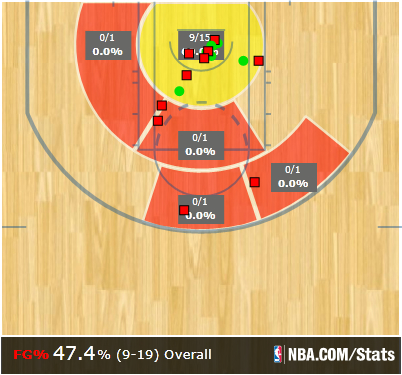 Here's the start of back-to-back losses where the Mavericks scored 60+ points in the paint. 60 paint is crazy enough without realizing they lost them both, but that's besides the point. Monta was the driving cause of those layups, going into an attack mode unlike anything I've seen from him this season. Those two long jumpers excluded, it was constant movement towards the basket.

On the other hand, you have to realize that 9-of-15 around the rim isn't actually that great. And then we see... 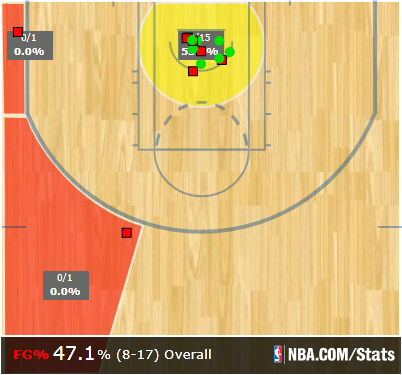 ...and 8-of-15 night next time around. Monta's a good finisher -- he consistently shoots about 60% on shots in the restricted area -- so it's a little frustrating to see so many missed layups. Some of it has to do with his size, of course, and he does have a habit of avoiding contact to go for a fancy finish. Still, you expect him to make a few more than 17-of-30 shots around the rim over this two game stretch.

Watching the Phoenix game, I can point out three of those misses were reverse layups that he tried to toss in without using glass. He missed all three and frustrated me and some other Mavs writers on Twitter. Trying to bank that shot in would make it much, much easier. 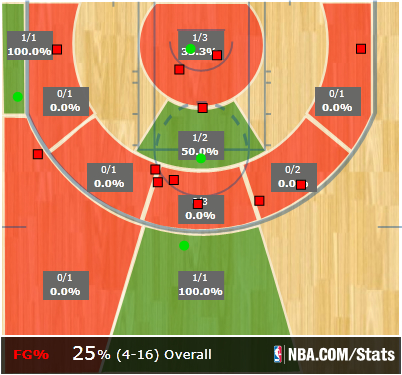 Here's one of the major hiccups of Monta's season. 4-of-16 is going to happen some nights after being so consistent all season, but after back-to-back games where Monta mercilessly attacked the rim, it's a bit frustrating to see eight shots taken in the 16-23 range when none of them went in. 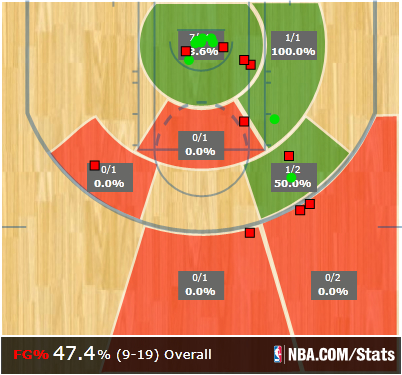 Finally, some layups. 7-of-11, since all those green makes blur out the number.

Add up these shot charts and we're left with a field goal percentage of just 43.8%. More of his mid-range jumpers will go in during the coming games, so that's good. If he wanted to take a two or three less or them, though? I don't think anybody would be hurting.

Until next time, I'll leave you with his season-to-date shot chart. 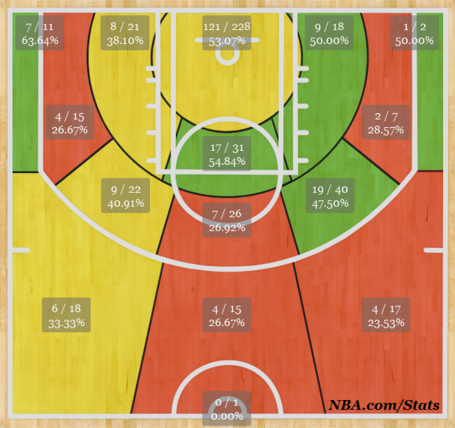