The win over Houston was noticed, but it's gonna be a tough fight all season for the Mavs to keep up with the West.

Hope everyone has fun New Year's Eve plans! I usually stay in to save up for my birthday on the 1st (I'm lame, I know), but this year I'll be heading to a late dinner party with friends. Whatever your plans, stay safe. We really like you! 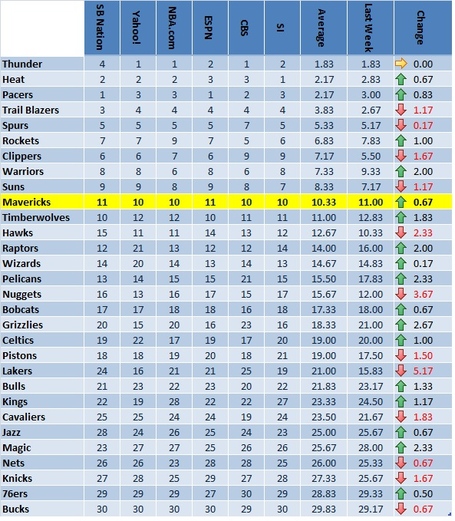 The Mavs got a big win in Houston on Monday and have the league's second-best offense over the last two weeks, but are mostly treading water, because their defense has been pretty bad against teams that aren't horrible offensively. There's still plenty of season left, but Monday's game in Minnesota is a big matchup between teams that currently stand eighth and ninth in the West standings.

They seem like such a better team than last season's squad, yet they're hanging on to the eighth seed. The Western Conference is Fight Club.

The Mavs are benefiting from a recent Vince Carter revival. After shooting just 35.5 percent in November, Carter has begun to find his rhythm of late, averaging 16.2 points on 53.5 percent shooting over his last six games, excluding a no-show goose egg against the Raptors.