Monta Ellis vs. the Shot Chart, week 4: Breaking down a game winner

Welcome to third edition of Monta Ellis vs. the Shot Chart. This is not designed to call Monta out nor justify his actions. This is only to prove or disprove a narrative that Monta has carried with him for much of his career. Can he change?

Share All sharing options for: Monta Ellis vs. the Shot Chart, week 4: Breaking down a game winner

We're going to change things up a little and work backwards in the fourth edition of Monta Ellis vs. the Shot Chart, because as you probably know, he did something pretty special last night.

But as we like to do in this segment, let's slow it down and see how it happened. 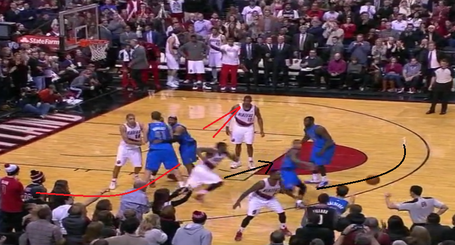 Monta's action is incredibly simple. He starts towards the baseline and sprints up around a DeJuan Blair pick -- one that Wesley Matthews can't quite avoid. But it's funny -- Vince Carter has earned a bad reputation around his for his attempted late game heroics that never quite add up. In this instance, LaMarcus Aldridge actually has his eyes on Vince, who looks like he's trying to slip to the corner. 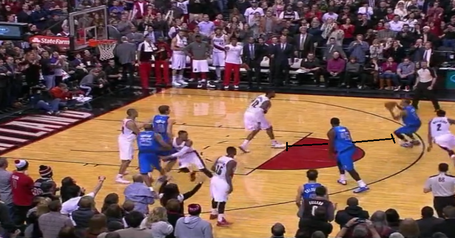 Perhaps afraid of Monta continuing towards the basket and getting off a floater right before the clock expired, Aldridge doesn't come forward to contest the Ellis jump shot. Wesley Matthews is too far behind after having to navigate the Blair pick. The shot comes with plenty of time and the Mavericks hang on despite a flurry of bad luck towards the end of the game. 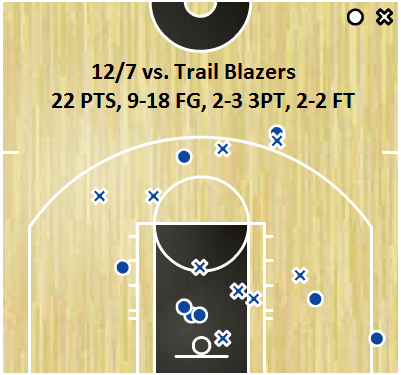 Here's his shot chart, and once against we the Monta that has made him and Dirk one of the most dangerous duos in the league. When you add a deadly 28-point performance from Nowitzki, the Mavericks are hard to stop. But it's about more than just Dirk/Monta -- Dallas is just 5-4 in games where both score 20+ points. 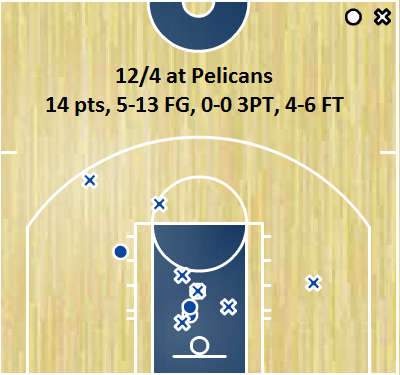 A quiet offensive game for Monta -- except that he added 10 assists. Note the free throws -- we'll get back to that briefly. Also a season-low in field goal attempts. 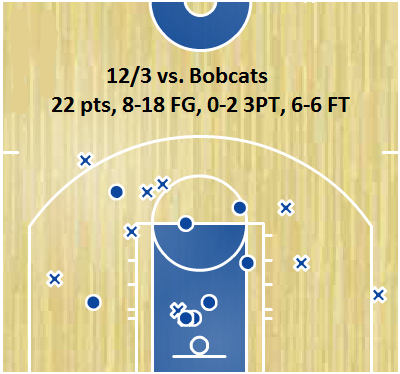 I was at this game watching from the press box. It's far from the action and the elevators take forever, but it does give a very nice view of the action on the floor, especially as plays progressed. Here's one that stood out to me.

The Mavericks run an excellent secondary fast break here. Off of a missed shot, Charlotte's defense gets back to prevent a true fast break. As you may or may not know, a secondary fast break just means that Dallas immediately drops into a second set designed to take advantage of a defense still getting in position. 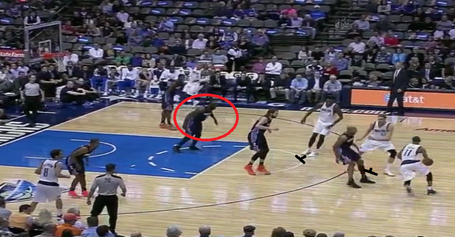 Both Dirk and Sam Dalembert step in to double screen Ellis' man, Gerald Henderson. You notice the Charlotte big literally just turned around after running down -- he's still getting orientated. 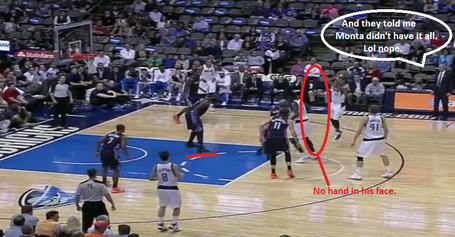 And the final frame, complete with a snarky Rick Carlisle. Henderson runs into Dirk and then Dalembert, resulting in Monta stepping into a wide open pull-up jumper. He rimmed the shot out, but it still stood out to me as fantastic execution.

Also note that the right play would have been for the Charlotte big to run at Monta, and had he been set in the half court defense, he surely would have. But that's the advantage of the secondary break -- when used effectively, it can catch the defense unaware. 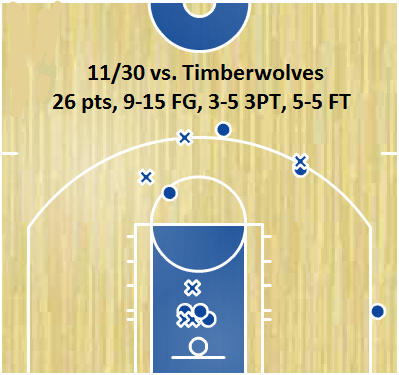 One of those nights for Monta. What's nice is that even when he's hitting his shots, he generally stays within himself and doesn't try to chuck a ton of heat checks. In 21 games this season, he's taken between 13 and 19 shot attempts in every game minus one 24 FGA outlier. 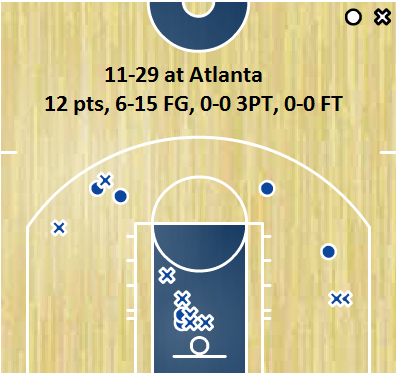 In the next couple of games, you'll notice Monta had trouble getting to the free throw line. These are the only two games this year in which he hasn't registered a shot from the foul line. 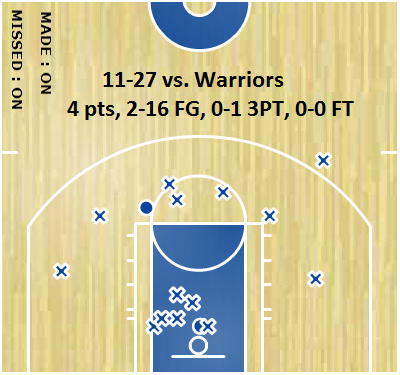 We've seen Ellis stay aggressive game after game, clearly with a different mentality than past years. I think the one problem he does run into is that if he is aggressive early on and doesn't get any foul calls, he'll turn more into a jump shooter with a passive mindset. It's simply something to watch going forward. 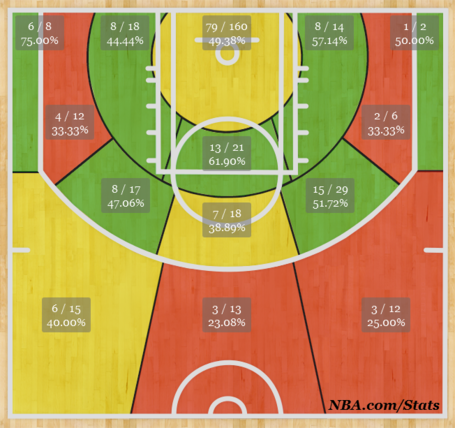 Bad on above the break threes is something we kind of expected. Great at corner three also makes sense, considering how open he usually is when he attempts those. Many of those corner threes come in transition, where Monta is 7th in the league with 1.41 PPP (he's 6-for-7 on transition three point attempts).

21 games in is almost a fourth of the way through the season. Hal Brown is going to talk about sample size in his Statsketball column tomorrow and maybe he'll tell me how I'm wrong, but I feel pretty confident saying that this isn't a mirage from Monta.