The Timberwolves are Interested in OJ Mayo this Offseason

What effect might the Timberwolves' interest in Mayo have on the Mavericks' offseason plans?

Apparently the Mavericks aren't the only ones shopping on the "sub-par, but I hope he can improve" Free Agent market this offseason. The Timberwolves -- and more specifically, Flip Saunders himself -- have recently expressed interest in O.J. Mayo this offseason according to CBS Sports' Matt Moore. 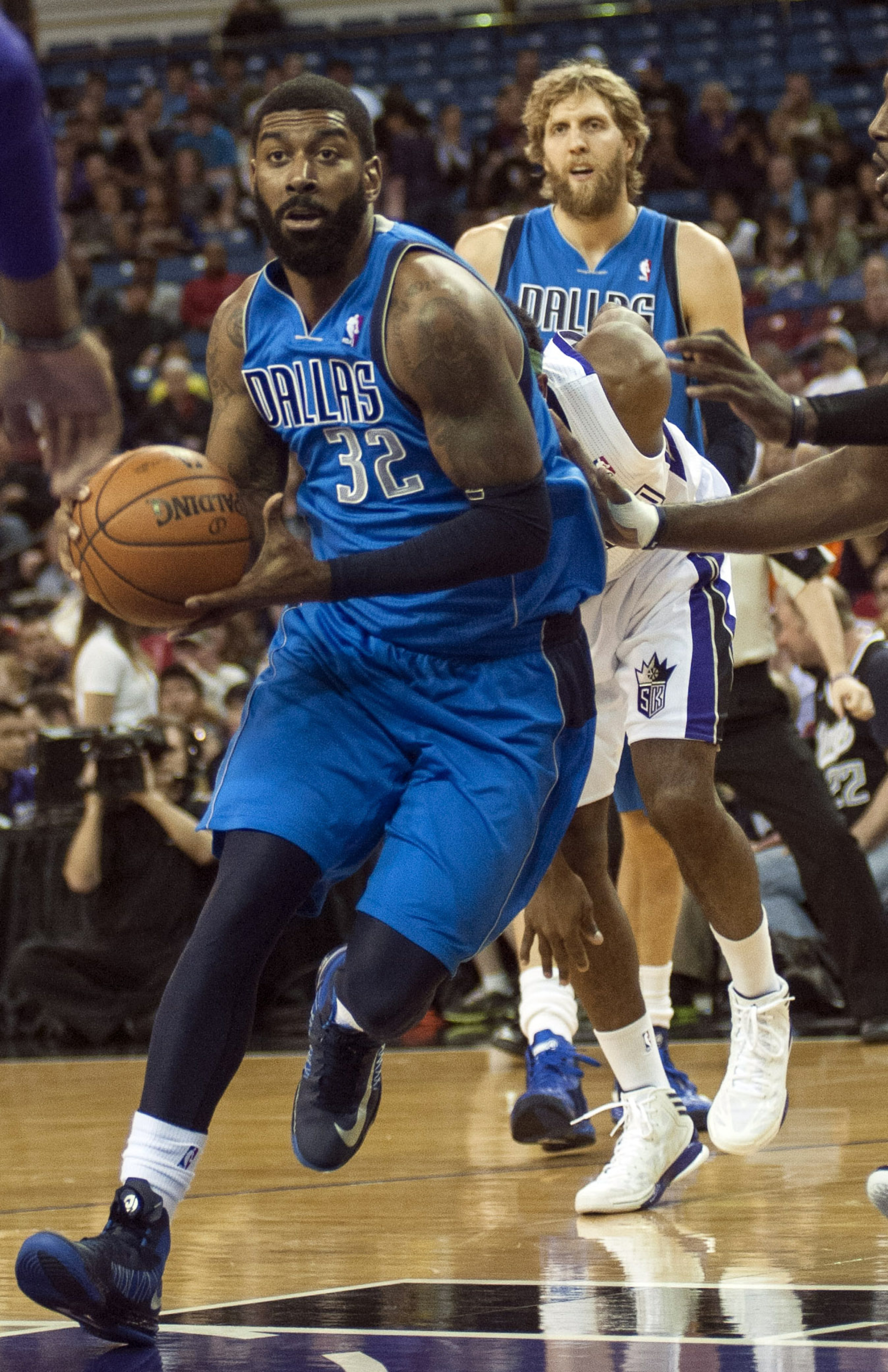 It's widely accepted that Cuban is hoping to resign Mayo, so the big question is really whether or not this starts a bidding war. The staff here at Mavs Moneyball seem to, for the most part, be in consensus on the five year veteran: He's a reasonable asset...if he's not overpaid. Now, what "overpaying" would be differs from writer to writer, but the fact remains that getting into an offseason bidding war for a majority-of-the-year-long underperformer is the quickest way to do just that.

If Minnesota decides that they're really interested and want to spend more than six million a year to lock up OJAM, I think Cuban should have one look at that number, say, "Great, have fun with him" and the Mavs should just let him go. The thing is, I don't really see that happening: The Wolves are desperate for 3-point shooting (the one thing Mayo can definitely do) at basically any cost, but what a lot of people aren't thinking about is that the Wolves have 3-point shooting with a healthy roster.

Lest we forget: the Wolves looked like a real Western Conference threat at the beginning of this last season before literally everyone's bodies gave out on them; but they should project to be a threat next season as well. They would have been good in the paint, no question, but between Kevin freaking Love, Barea, AK-47, and Ridnour, they're still not poorly off from behind the arc either, even though another high-percentage-shooting starting level guard would probably help the rotations to make more sense. The Wolves might have counted on Brandon Roy to fill that starting spot this year if his knees hadn't given out on him. To that point, the Wolves are looking for someone to fill the Brandon Roy sized hole that the front office is looking at in the starting lineup for next season, now that Roy has been finally waived.

Similarly, the Wolves have a decent roster lined up for the future, but they don't have a ton of cap flexibility. As Tim McMahon points out, they're already questioning whether or not they want to hold onto Pekovic's cap hold despite averaging 16.6 and 8 last season. So, after waiving Roy's 5 million or so contract, they're probably looking for a player who can fill Roy's role at about Roy's cost.

And that's where OJ comes in.

OJ is essentially the younger, more durable embodiment of Roy's skill set, even if he's a little less good than Roy was in his prime. His 41% 3-point percentage mark for the season would be a nice improvement for Minnesota, and the projected 5.5 million per year price fits neatly into Minnesota's balance sheet.

The Mavs, however, are also probably looking to spend about 5.5 million per year to hold onto Mayo. In his exit interviews, Mayo seemed to imply that the Mavs were willing to discuss a pay increase and keep him on the roster, and a 1.5 mil a year increase would neither the end of the world for Dallas' front office nor for Mayo's wallet. But, more importantly, 5.5 million fits almost exactly within the Mavs' mid-level exception for next season. If the Mavs are looking to make a move on OJ, the MLE makes a lot of sense as a way to do it.

So the Wolves and Mavericks are probably looking at paying the same amount for a player who would be reasonably valuable to either roster. What happens then?

MacMahon suggests a sign and trade, which is not unreasonable at all. The Mavericks aren't particularly desperate for a player like OJ. There are a good number of wings available on the market next offseason, and the Mavericks still have Vince and Crowder on the roster. The Mavs are, however, desperate for a big, imposing, paint-based big man like Nikola Pekovic. And the Wolves are also desperate for the 3-point boost that Mayo could provide (they'll be getting Love back, but they need a shooting starter, and they'll still want to get at least above the 35% mark from 3). Swapping the two (maybe along with a second round draft pick from the Mavs) would be a good way to go.

This is, of course, wild speculation, and I don't want you to dismiss the crazy speculativeness of it. I think that, from my point of view, a sign and trade between the teams makes sense. But it's just as likely that Minny screws long term cap space and signs Mayo for 6.5 or 7 million for 3 years (which they could afford next year, before Rubio's contract is up), or that Cuban gets bullheaded and competitive and decides that he's gonna outbid Saunders no matter what and pays Mayo too much. It's also possible that the Mavs decide that getting point guard depth is more important than getting Pekovic and they go for a package of Barea and Ridnour for Mayo instead. The list goes on and on and on.

Wild speculation is fun for many reasons, not the least of which is that we get to imagine an idyllic (or not so idyllic, whatever) future for the team that we love. We get to play mind games, too, imagining the logic and thought processes of those in the "war room." But what I've often heard, especially from the best front-office men, is that we on the ground get a very limited sense, at best, of what's going up in the offices.

So, I leave as I started, by saying, "please, please, for the love of God, just don't pay OJ more than 6 million."