Come here to discuss the possibility of the Rondo trade, what we have to do about Dwight, and what all of this means for the Maverick's future.

Share All sharing options for: OPEN THREAD: The Dwightmare and Rondo Trade

Rumors have bee thrown around about the possibility of a trade between the Mavericks and the Celtics for Rajon Rondo and a salary dump, and it has twitter and this site all a-stirrin. 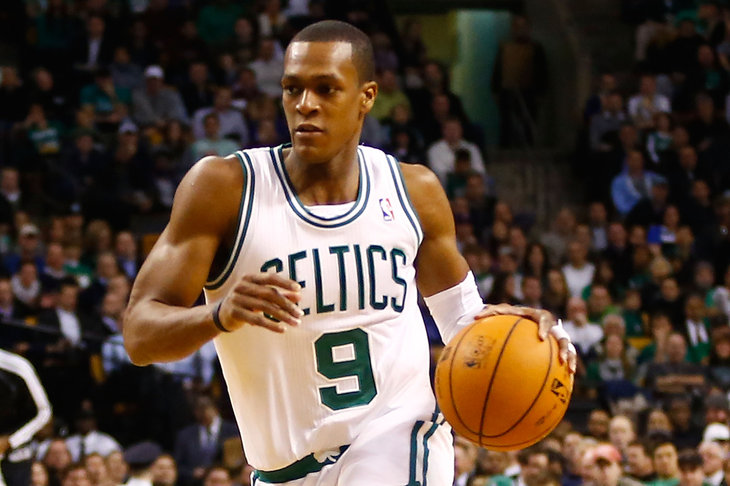 So, we here at MMB decided to let you guys talk out what you're thinking about all the news, per a suggestion in our last article!

To guide discussion a bit:

As of now, reports indicate that the Celtics want Dirk for Rondo-Wallace-Lee and maybe Bass, though exactly who is included in the salary dump is unclear.

Simmons did some postulating on the proposed trade as well. While Simmons is certainly not a credible source regarding league office plans (and at the moment is not claiming to be, regarding this trade), his interest in the Celtics does give us nice insight into what the front office might be thinking.

I'm intrigued by these Mavs-Celts rumors. Would Dallas take on the Wallace/Lee/Bass contracts with Rondo for Larkin + Marion/VC expirings?

FYI: Celts aren't moving Rondo unless they can dump multiple contracts in the trade. They want to fully bottom out while creating cap space.

The big point here is whether or not this interferes with plan A, B, and C of the Mavericks' free agency: sign Dwight Howard.

Having Rondo lined up in a trade (which wouldn't be actually executed until July 10th, the date by which Dwight has agreed to decide) could easily motivate Dwight to come to Dallas, and as long as Dwight is signed first, the trade is still executable.

However, if the Mavs take a bunch of bad contracts, they may not have any cap flexibility for at least three years, outside of maybe the Max Mid-Level exception if Dirk still takes his pay cut next season as planned.

So what do you think?

Should the Mavs do the Rondo trade? Who should they trade with?

Should they still go after Dwight if they can get Rondo? Would going after Dwight make the trade more difficult?

Is it worth taking all the bad salaries?