Reports: Marion to not opt-out of the final year of his contract

Team sources are telling local reporters that Marion is standing pat and going to take his $9.32 million salary for next season.

Share All sharing options for: Reports: Marion to not opt-out of the final year of his contract

Some late-night Mavericks news as free agency begins in less than 24 hours, with Shawn Marion apparently deciding to decline using the Early Termination Option on the final year of his contract and taking the full $9.32 million.

Source said Shawn Marion has given Mavs no indication he intends to opt out. Some confusion about whether deadline is today or tomorrow.

Mavs expected NOT to hear from Shawn Marion today. Marion only has to notify them if he's opting OUT. Team expects deadline to pass quietly

Mike Fisher has a more detailed story (behind the paywall) about what this means for the Mavericks. In short, say goodbye to Marion. Dallas was hoping Marion would opt-out of the final year of his deal to sign a multi-year contract that was worth less annually than the $9.32 million he's owed this coming season.

The thought process was easy to read, with Marion grabbing one last guaranteed, multi-year contract and the Mavs able to clear cap space for Dwight Howard without having to make another move.

With Marion going to be locked into that $9.32 million, there's barely any type of scenarios that let the Mavericks sign Howard and keep Marion, save for trading Vince Carter, Bernard James and Jae Crowder. Marion is now a $9.32 million expiring deal, which will be very valuable in not only getting more space to sign Howard but also make a trade to potentially bring in another All-Star.

The Mavs will now likely continue their Rajon Rondo trade talks with Marion as the centerpiece, hopeful that Boston will be valuing cap relief more than talent as they look to rebuild and prepare for the loaded 2014 draft and free agency. 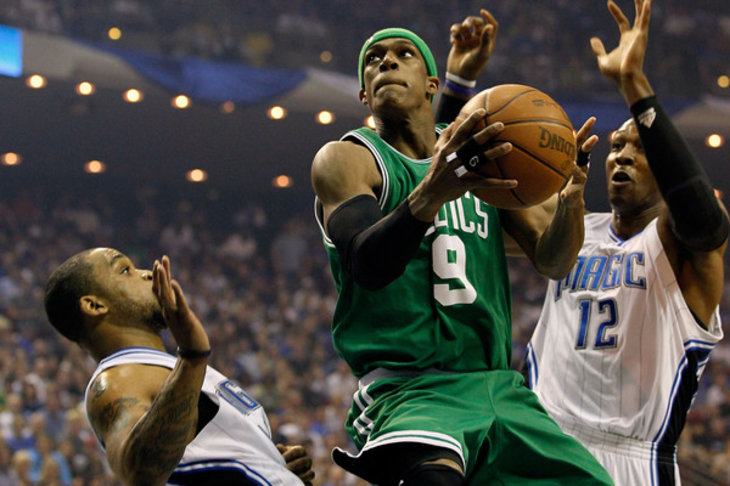 Either way, the writing is on the wall. For the Mavericks to make any sort of moves this summer, Marion either needed to opt-out, sign a new deal or be traded. He's made his choice and you can't fault the veteran for deciding to grab the extra cash. Perhaps Marion knew he was going to be traded, regardless of what he did.

It's sad that Marion won't have a chance for one more ring in Dallas, especially so if the Mavs somehow manage to wrangle in Howard and/or Rondo. It would have been neat to see Dirk and Marion, the last two 2011 title members standing, going for one last shot with a revamped roster. Here are the two plays I'll always remember from Marion in that title run:

Wish Marion well and, well, with free agency on our doorstep, hold on to your butts.