Today, on the first full day of Free Agency, rumors of talks have arisen between the Clippers and Mavericks for a sign-and-trade that would send Eric Bledsoe to Dallas.

Already, in the first day of free agency, Mayo is being courted by a whole host of teams. The Timberwolves (who have been interested for a long time now), Bucks, Pistons, and Jazz were all major players in the O.J. market, and could all have really used his particular skill set -- though why the Bucks would want Mayo over Reddick is anybody's guess. The Jazz, in particular, were talked as a probable destination given their strong need and deep pockets.

Stein even seemed pretty confident that the Mavericks could land Bledsoe once the Dwight saga was dealt with one way or another:

Mavs can't make any major moves until their pursuit of Dwight plays out, but confidence rising in Dallas that they'll work a S-and-T w/Mayo

An obvious question that arises is why the Clippers would want to sign-and-trade for Mayo when he's an unrestricted Free Agent. The answer is pretty simple, actually; the Clippers will be over the cap by July 10th (the date the trade moratorium ends) and so they'll need to trade to be able to add new players.

This has pretty wide league-wide ramifications. Firstly, there are a lot of teams courting Eric Bledsoe. He's seen as one of the highest upside players in the league and everyone knows that the Clippers are open to dealing him in order to fill immediate needs in their roster.

The Celtics -- who are of particular interest to Mavs fans following the Rondo rumors -- have expressed a lot of interest in getting Bledsoe.

There's been a lot of speculation that the Mavs would actually use Bledsoe as a major trade piece to nail down Rondo and save some cap space in the process (assuming that Boston views Bledsoe as more valuable than Marion and Larkin...which should be obvious to everyone, but you never know with Danny Ainge).

That said, there's been some debate among the Mavs Moneyball staff in one of our email chains as to whether or not Bledsoe would be worth dealing for Rondo. Bledsoe would, at the very least, be much cheaper and maybe almost as appealing to Dwight.

However, there's also a downside to Bledsoe's wide appeal: the Bucks are interested in a sign-and-trade with Reddick going to LA for Bledsoe.

The major problem here is that this deal would not only take Bledsoe off of the table, but it would also take Reddick off of the table. On top of Mayo-Bledsoe talks, reports have had it that the Mavs are in discussion with the Bucks for Reddick, who would be a clear upgrade over Mayo.

So, if the Clips and Bucks were to deal with each other, it'd rob the Mavs of most of their big backup plans as we understand them now. Which is unfortunate.

Regarding Dwight, a prospective Mayo sign-and-trade changes things marginally, if it were to happen. The main problem would be that Mayo's rights couldn't be renounced before singing Dwight, so the Bledsoe trade would have to happen before signing Dwight.

Where the Mavericks Stand 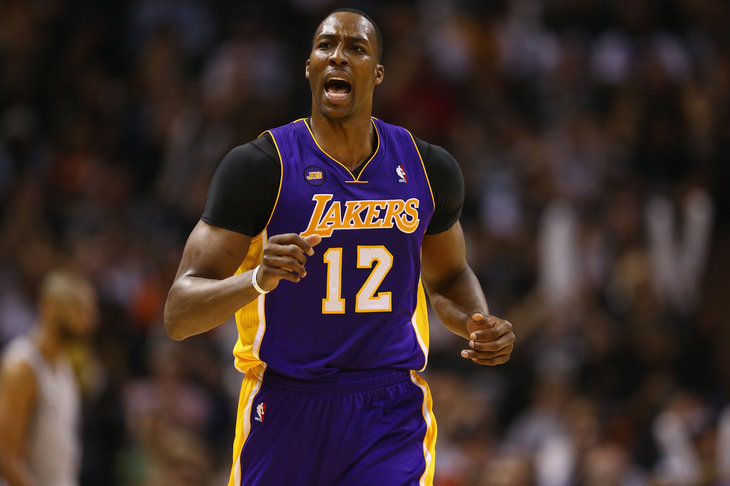 Ideally, the trade would be Mayo for Bledsoe straight up, so that the Mavs could save up to $2.3 million, giving Dallas $16,080,000 in cap space. In this case, dumping Vince in a trade prior to the Dwight decision or sign-and-trading Vince to LA for Dwight would no longer clear up enough space for the Max. The Dwight deal could still go through as expected if the Mavs moved Crowder or Larkin's rights with Vince, however, or if the Mavs moved Marion without moving Vince, Crowder, or Larkin at all (though that would make a Rondo deal very difficult).

The only other potential scenario would be that the Mavericks do the sign and trade for Bledsoe after signing Dwight, but in that case, Dallas would have to move both Marion and Vince before getting Dwight, and that's a pretty tall order.

Otherwise, as long as one situation or the other is adhered to, the Dwight saga could continue as expected, including the Rondo trade.

So that's approximately what Mavericks fans are looking at at the moment regarding a prospective Bledsoe deal, though it's probably worth a reminder that this is all still in the rumor stage, even if it was discussed by Marc Stein, so don't get all too excited.