NBA Free Agency: Wright back to the Mavs for 2-years, $10 million

The bouncy backup big (alliteration!) will return to Dallas after posting back-to-back seasons of a 21+ PER

Share All sharing options for: NBA Free Agency: Wright back to the Mavs for 2-years, $10 million

We all knew this was coming, but glad to finally have confirmation:

Reporters caught up with Mark Cuban in Las Vegas last week and Cuban tossed around Wright's name as if Wright being back in Dallas was a done deal. The Mavs held Wright's Bird rights, which allow them to sign Wright even if they're at or over the cap.

Simply put, the contract for Wright is absolute steal, the type of young talent + low-money contract that other executives salivate when filling out a roster or proposing a potential trade.

As I detailed earlier this year, Wright has shown a ton of progression with the Mavs. He's one of the few young talents the current Rick Carlisle-led coaching staff has groomed successfully and he's an almost perfect fit with Dirk Nowitzki in the front court.

Brandan Wright has the Mavs soaring 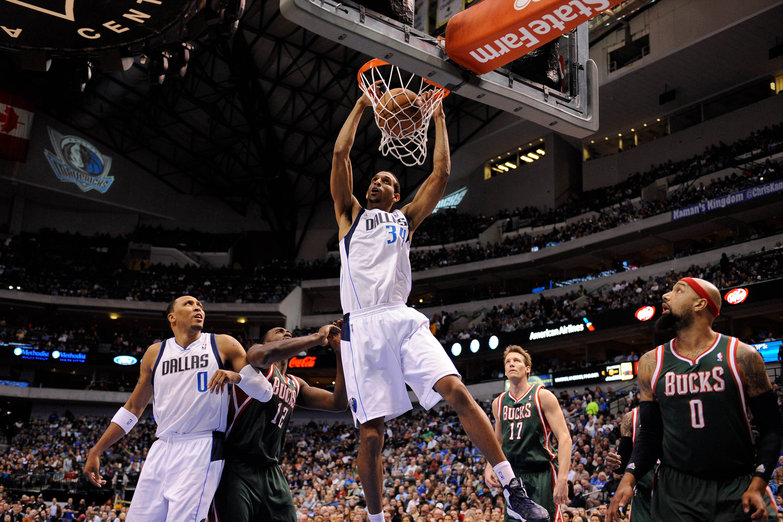 Read that piece for exactly why Wright is so good in Dallas. But in short: he's a monster finisher in the paint, he extended his range to 15-19 feet, he's staggeringly efficient from the NBA "dead zone," he finishes in the restricted area as good as LeBron James, Tyson Chandler or Dwight Howard and he's a beast in pick and rolls, freeing up Dirk for spot up looks. He's getting better on the boards, following up teammates misses if he doesn't get the ball in a pick and roll, he's always been a good shot blocker and he's starting to become a good team defender.

Guess that wasn't really that short. How about this: for the next two seasons, the Mavericks will be paying a 25-year-old forward/center $5 million annually who has put up back-to-back PERs of 21 and 21.6. It might be the best value in the entire NBA.

Welcome back Brandan Wright. Hopefully Jose Calderon will feed you the proper alley-oop passes you so rightfully deserve.

Below is my favorite Wright play so far. I shit my pants when this happened and ran around my living room: